A colossus in Ecuador called the Chimborazo Volcano.

Ecuador has a large amount of mountains, one of the most important is the Chimborazo, this colossus is located in the province of Chimborazo. It is the closest point in relation to the sun has a height of 6263 meters above sea level. To get to this place we can go from Santa Elena and with a time of 7 hours by bus to Riobamba, from Guayaquil are 5 hours and from Quito that is about 3 hours.

The ticket from Guayaquil to Riobamba $ 8.

The clothes they must wear are for cold weather such as coats, gloves, hats and scarves.

I left to Riobamba at ten o’clock at night and I was arriving at 5 o’clock in the morning. Arriving at my hotel at that time was not a problem. I had arranged my check In previously, that day I had arranged the tour to  the Chimborazo Volcano, I contract  a person who takes me there with a cost of $ 35 and at first doubting for the type of car that it will take me, months ago I had a problem that happened to me while I was travelling to the Cotopaxi Volcano.

I left from the La Estación Hotel, which was where I stayed, It is a great hotel that has improved over the years, It has a good Price. From the Hotel to the Chimborazo is an hour trip along the road you can find to the last town to pass is San Juan from here we go to a canyon known as La Chorrera from here we have 8 km to the entrance to the Chimborazo National Park. 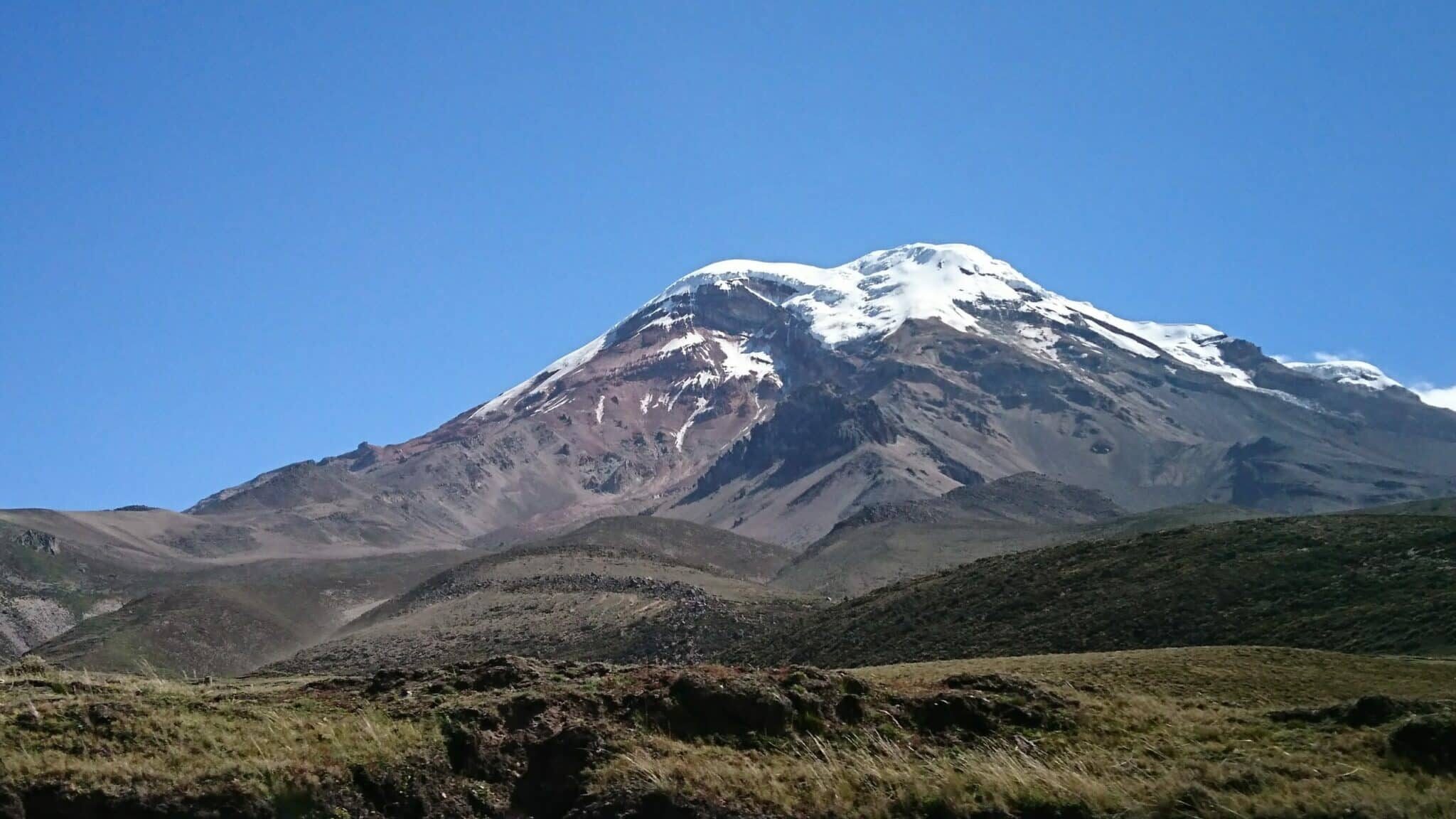 In this route we can see the Chimborazo Lodge which is one of the most luxurious in the country. Little by little, we can see how the Taita Chimborazo is the highest volcano in Ecuador. 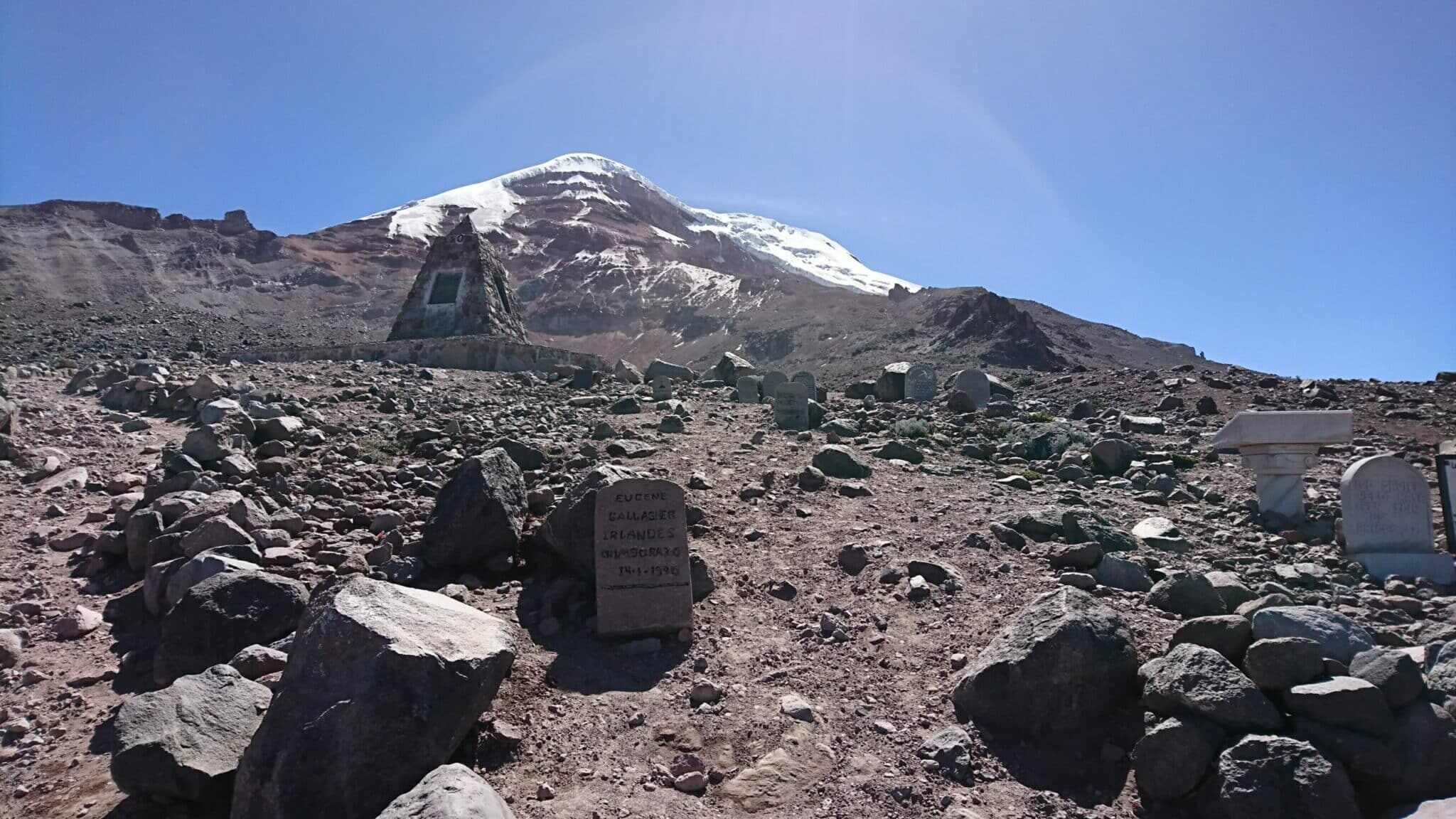 Once I registered at the entrance to the national park I continued my trip to the parking lot where the car arrived, here the volcano started climbing until reaching the second refuge called Whimper, which is 5000 meters above sea level. The truth is that getting to this shelter with  calm pace without haste makes the body adapt in the best way, reaching 5000 meters above sea level make your body feel tired and your heart beats.  I was happy to get there to the second shelter but I still wanted more, the guide told me to go up to the Condor Cocha lagoon at 5100 meters above sea level at this height it seems that those 100 meters were not much missing but the fatigue and the lack of oxygen cause each step is more difficult to give, to reach this point was the extreme happiness for that first volcano I wanted to climb up to where no special equipment allowed to climb, the biggest emotion and fulfill part of a promise that I had made, It made me  to reach a point closer to the sun Once I had reached the lagoon of Condor Cocha I found two more people who were in the lagoon, we talked a little bit about where they had come from, and after that the descent began, which did not take as long as the climb on a stone and dust path that allows us to get there where our dreams began to grow. 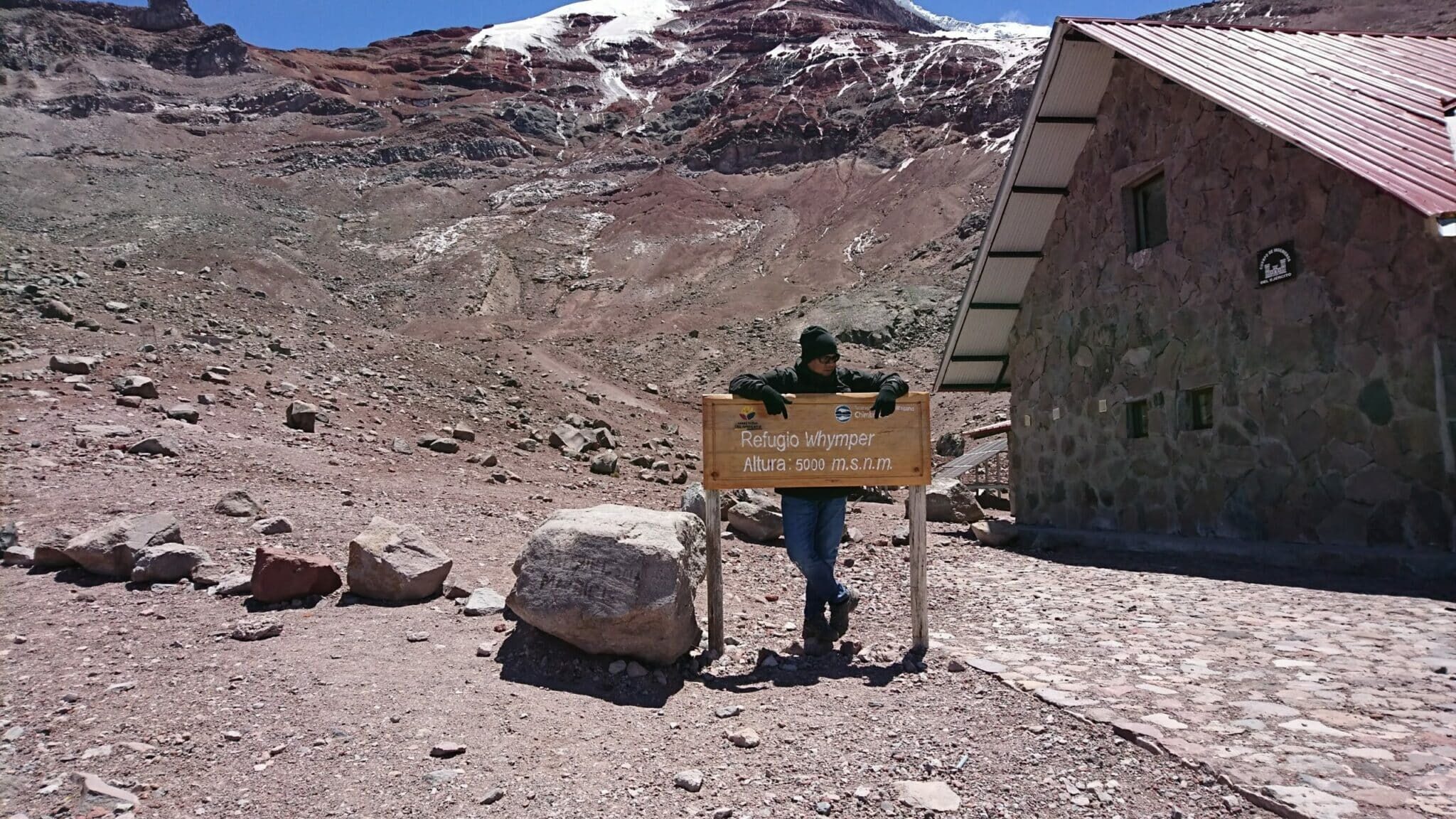