The sun 🌞, the sea ⛵, the people on the street at all hours 🚶, but also the monuments and the numerous points of interest make it undoubtedly one of the most attractive cities in Europe.
We’re talking about Barcelona: fun and party-loving for young people, charming and delightful for families.
What impressed us the most? The warmth, kindness, and friendliness of the Spaniards, always ready to help us, to advise you, and to joke with us! 🤗

We cannot start the post by not talking about the Sagrada Familia, the symbol of the city. This majestic church ⛪, a masterpiece of the architect Antoni Gaudì, is still unfinished, and the works are proceeding very slowly according to the original plans, financed by donations from the faithful and visits from tourists. But for the most part, it is finished, and both the exteriors and the interiors leave you speechless, for their contrasts and the absolutely unique style that the Master wanted to give to the building that has given him fame and honors all over the world.
Recognized as a “UNESCO World Heritage Site” 🌍, it is estimated that it will be completed in 2026.
Do not miss the ascent to the bell tower, from which you can admire a truly breathtaking view of Barcelona. 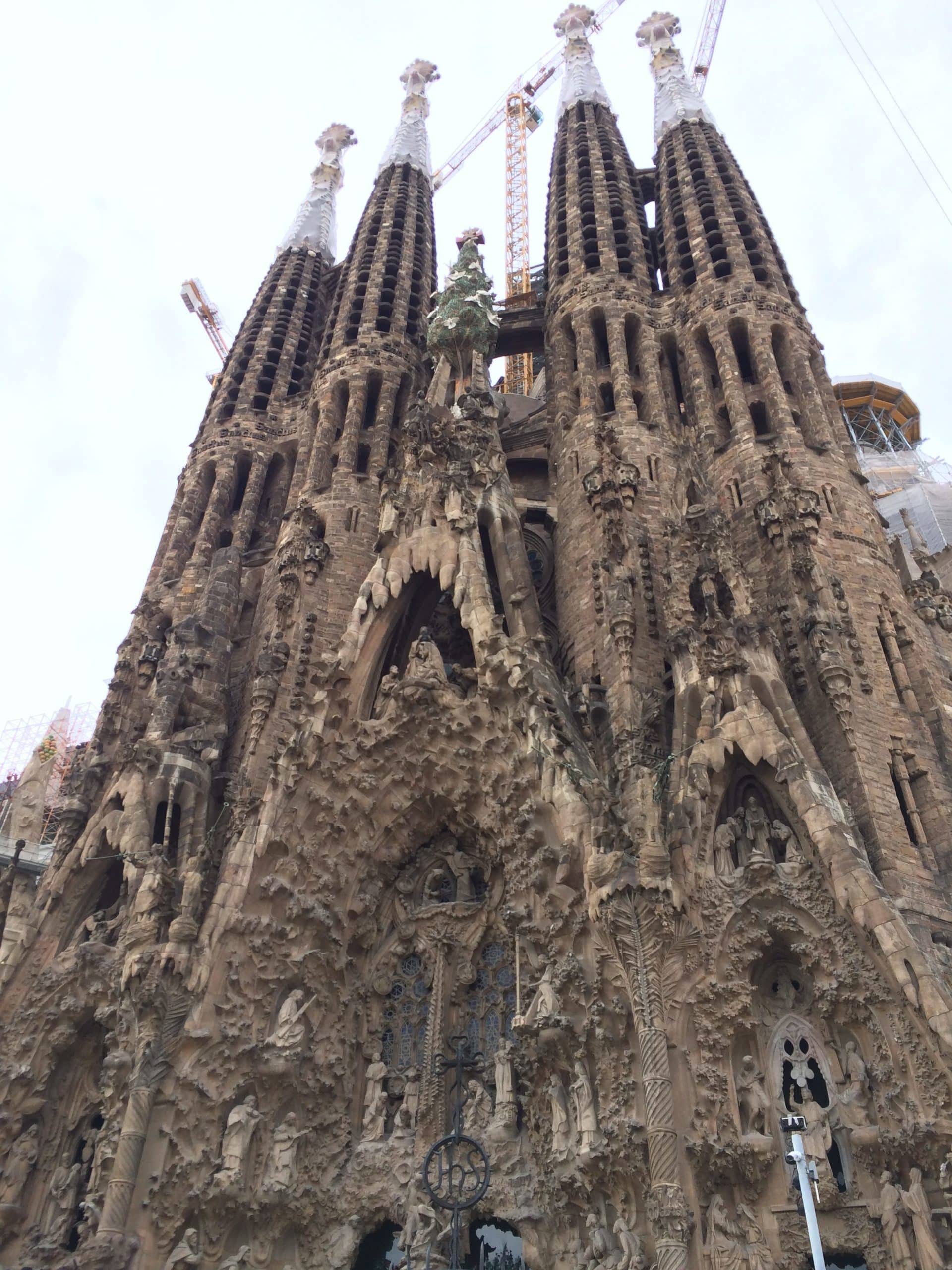 The most famous street in Barcelona is La Rambla, ​​which runs for over a kilometer from Plaza Catalunya to the sea ⛵. Very crowded at any time of day and night, buildings and points of interest overlook it, such as the Wax museum, the Liceu theater, or the La Boqueria market, really not to be missed. But the beauty of walking along the Rambla consists in living the outdoors, admiring the street artists, or wandering around the stalls in search of the perfect souvenir.
A recommendation: Keep your belongings and backpacks tight! La Rambla is famous for its thieves, unfortunately! 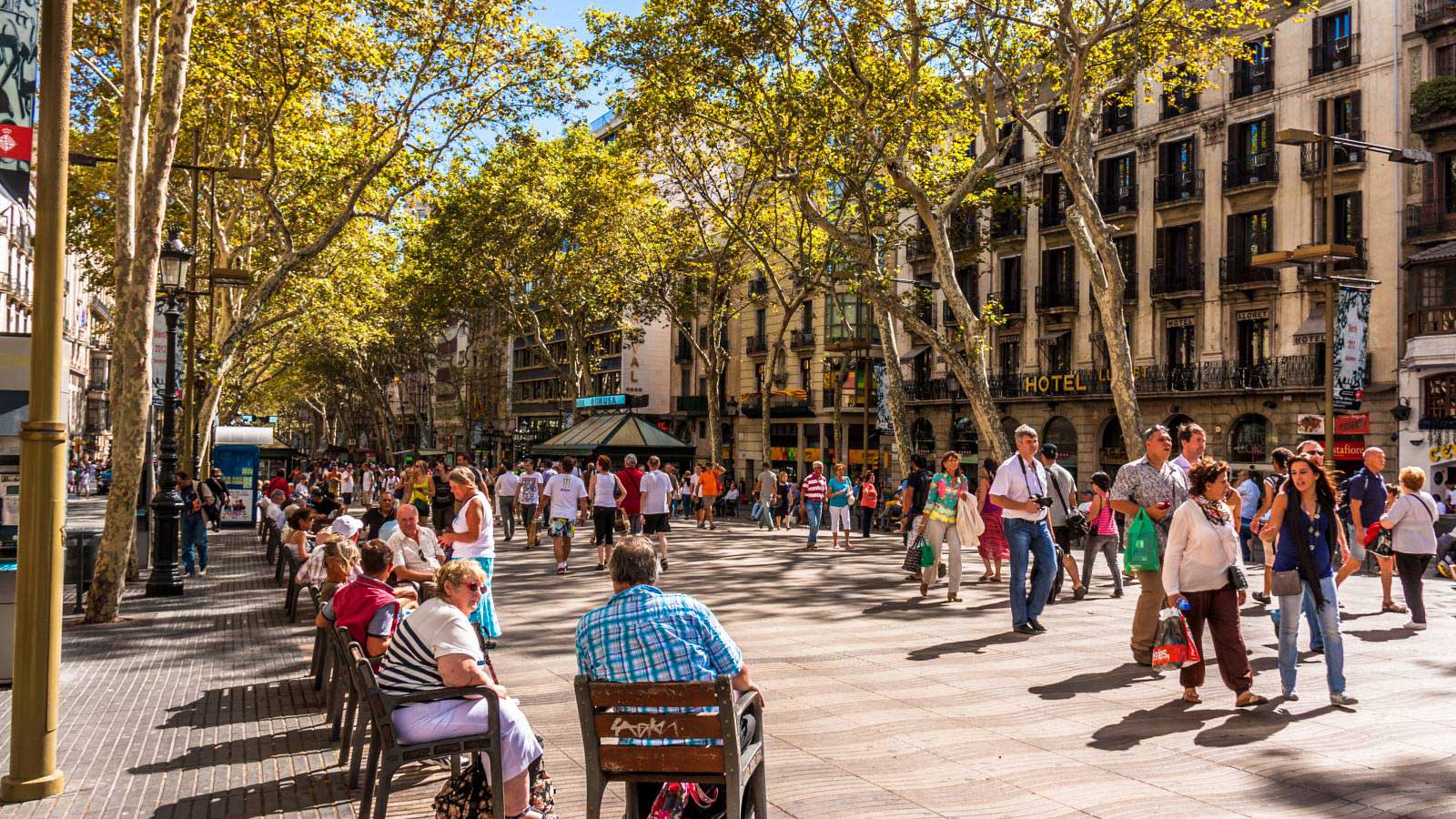 Another of the wonders that Gaudi bequeathed to Barcelona is the Parc Güell. Located north of the city, this park was originally intended to be a residential complex for the bourgeoisie of the 1900s, but later the project was abandoned and today it has become one of the icons of Barcelona. Do not miss a souvenir photo of the symbol of the park, the dragon-shaped fountain 🐉, as well as a panoramic view on the terrace overlooking the whole of Barcelona. 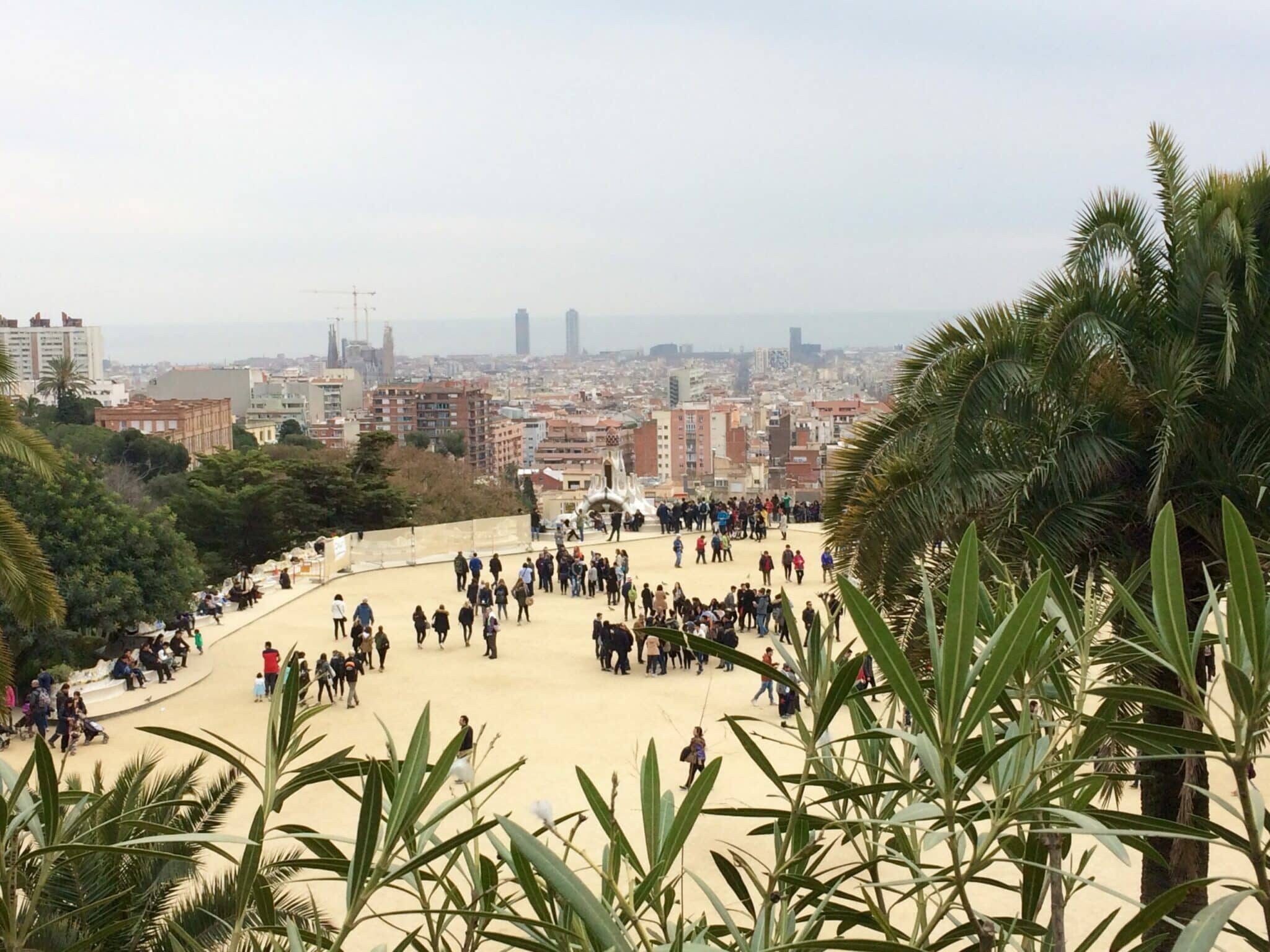 Montjuic hill is a real city within the city, and it is worth spending a whole day there. It can be reached with the characteristic cable car that leaves from the port, but also with a modern cable car, by public transport or even on foot. Once at the top and taken a splendid panoramic photo of Barcelona, ​​the attractions not to be missed are the castle of Montjuic 🏰, originally a fortress-prison, the Olympic Stadium, home of the Espanyol until 2009, an architectural marvel of the city, but also the Museu Nacional d’Art de Catalunya and the Font Magica ⛲, a show of dancing fountains of lights and colors that illuminate the nights of Barcelona. 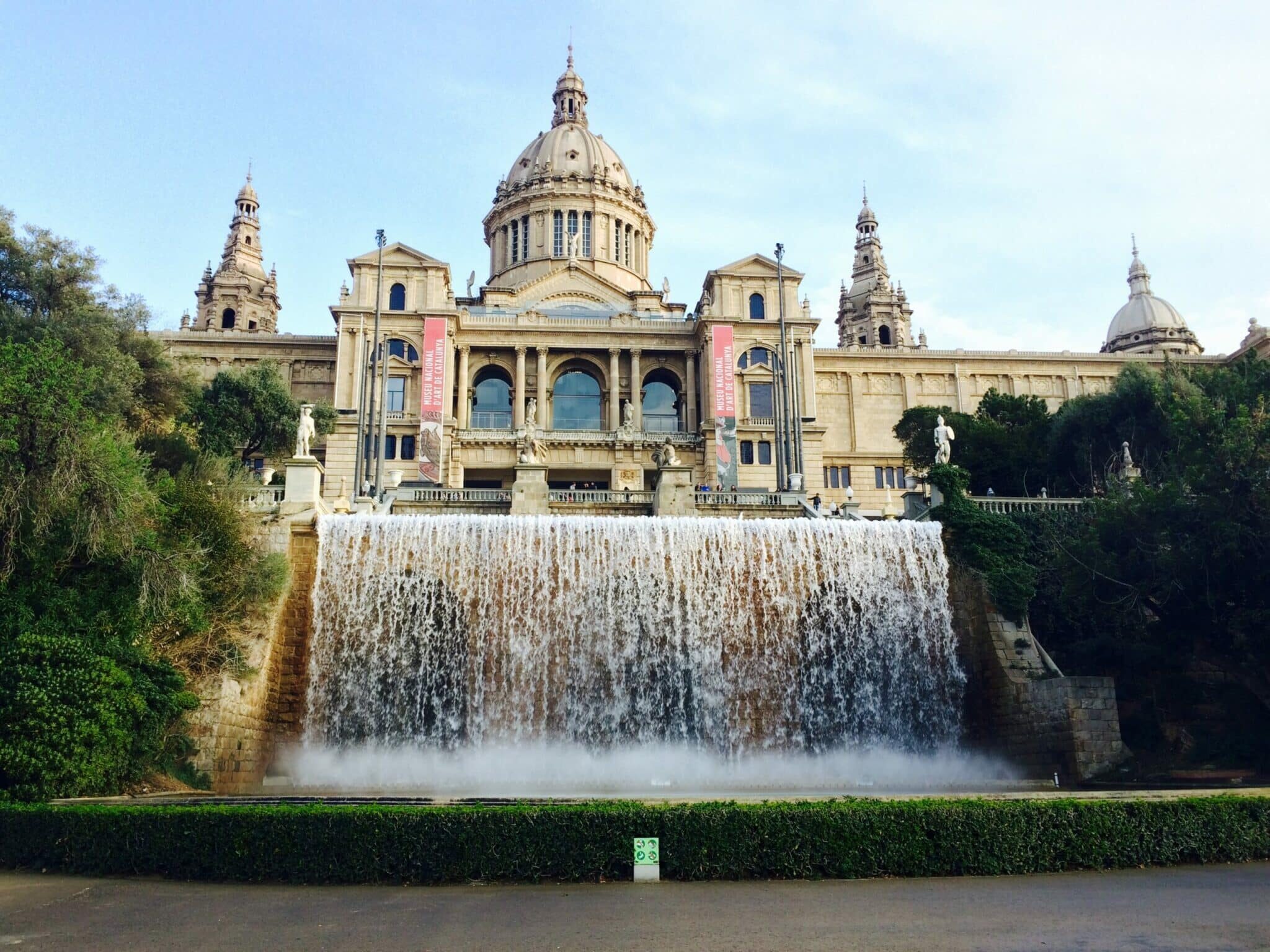 Two other Gaudi masterpieces, Casa Milà and Casa Batllò are located along Passeig de Gracia, one of Barcelona’s most exclusive shopping streets. They are located a few tens of meters from each other. Commissioned to Antoni Gaudì at different times by two families of the bourgeoisie of Barcelona, ​​they have now been transformed into museums, each of which showcases sculptures and works by Gaudì and above all the innovative concepts that the visionary architect put into practice to give its constructions look unique, both outside and inside. 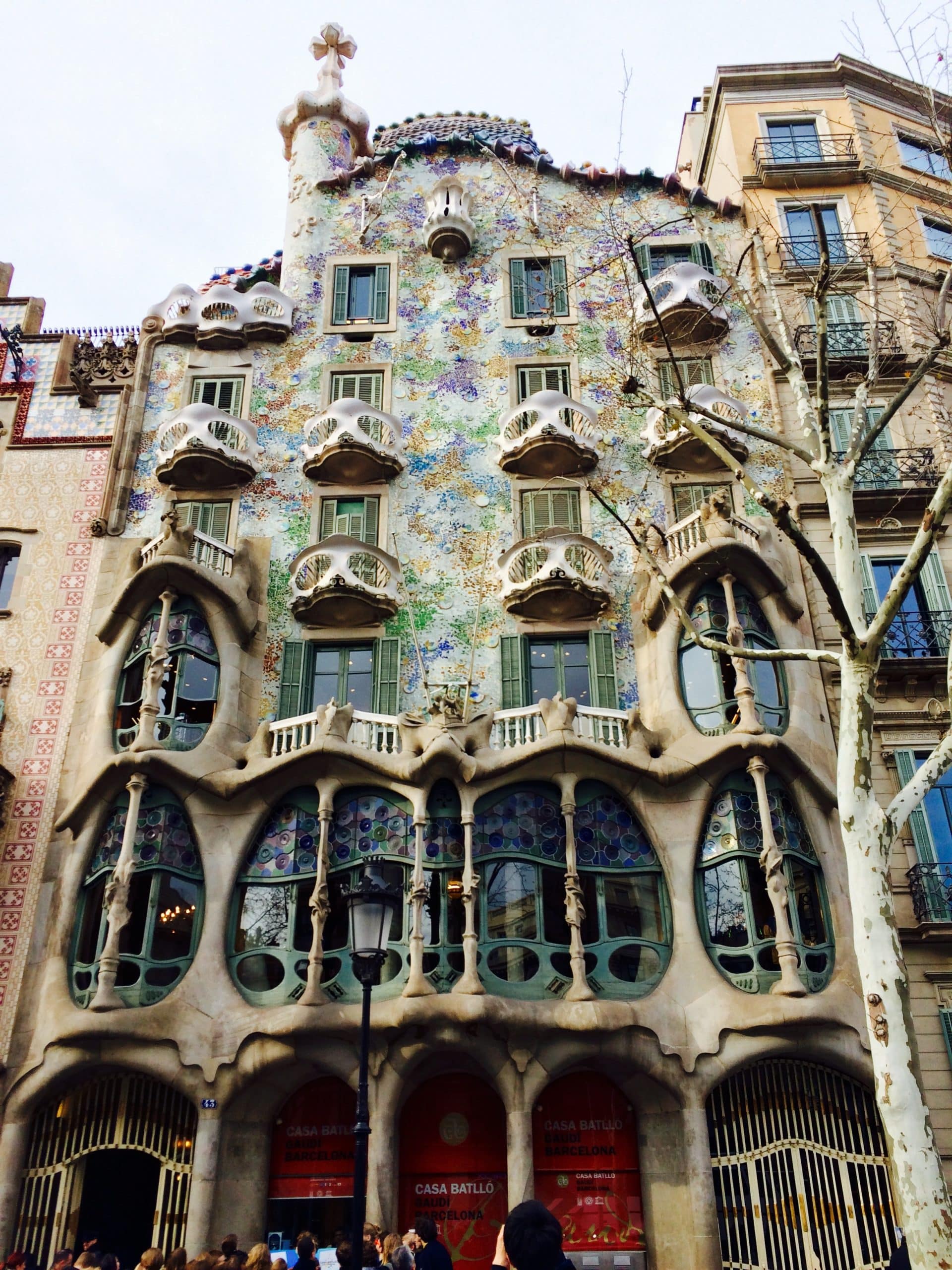 Barrio Gotico is a set of pedestrian streets, narrow and crowded with tourists at any time of day or night, full of shops, bars, and restaurants. Very pleasant to visit, especially because you can emerge in some of the most beautiful squares in the city, Placa del Pi, where the church of the same name is located, or the beautiful Placa de Sant Jaime with the town hall, while not to be missed is the Cathedral square, overlooked by this huge church built in Gothic style, the real pride of Barcelona.

La Boqueria market is the most famous indoor food market in Barcelona and perhaps in Europe. It is located on the Rambla, opposite the Liceu metro stop. In this market, freshness reigns supreme, with many stalls with all kinds of merchandise. In particular, given the proximity to the sea, the quality of fresh fish should be emphasized, which is given ample space. But the Boqueria, in addition to being an excellent market, is also an attraction, an unmissable experience for anyone visiting Barcelona. Entering the market means plunging into a world apart, where scents, sounds, and colors seem to alienate us from the rest of the city. 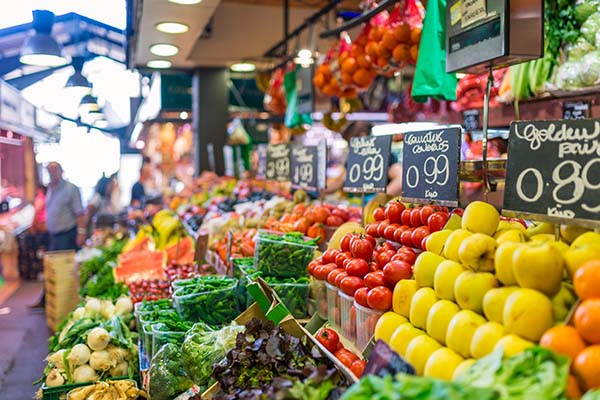 The Barceloneta district, once one of the most degraded in the city, was completely refurbished during the works for the 1992 Olympics. Today it is a destination not to be missed, even if only to spend a day on the beach. The neighborhood is made up of former fishermen’s houses, very narrow alleys that are somewhat reminiscent of our Liguria, and above all a modern and beautifully maintained promenade, very popular with locals who choose it for running, cycling, or skating. Barcelona’s beach also deserves two words: clean, beautiful, and equipped with all facilities, including showers and exercise equipment. Ideal for spending a day in contact with the locals.

La Barceloneta is also recommended for young people who want to party! In the evenings it comes alive with world-famous music venues and discos, such as Pacha 🍒, which offer music all night long until late morning.

The Barcelona aquarium, located in the Port Vell area, is one of its main attractions thanks to the possibility of admiring over 11000 fish 🐠.
It is the most important marine leisure and educational center in Europe but also the richest in the world for Mediterranean fish species.