Calcata, a medieval town in the province of Viterbo, is approximately 40 kilometers from Rome, perched on a tufaceous rock overlooking the Treja Valley. The Faliscans, who lived at the same time as the Etruscans, were responsible for the greatest splendor in these territories between the seventh and sixth centuries BC. After being abandoned by the majority of its residents in the 1930s, it was repopulated in the 1960s by a community primarily made up of painters, musicians, and performers. The ten things to see in Calcata and its surroundings include ancient necropolis and contemporary art museums.

The Baronial Castle, with its tower and crenelated walls, is located in the village square and represents its fulcrum. It was built in the 11th-12th century and modified during the 16th century by the Anguillara, lords of Calcata. It was the residence of the Sinibaldi and Massimo marquises over the ages, and it is now used as an exhibition space as well as a conference and training center. 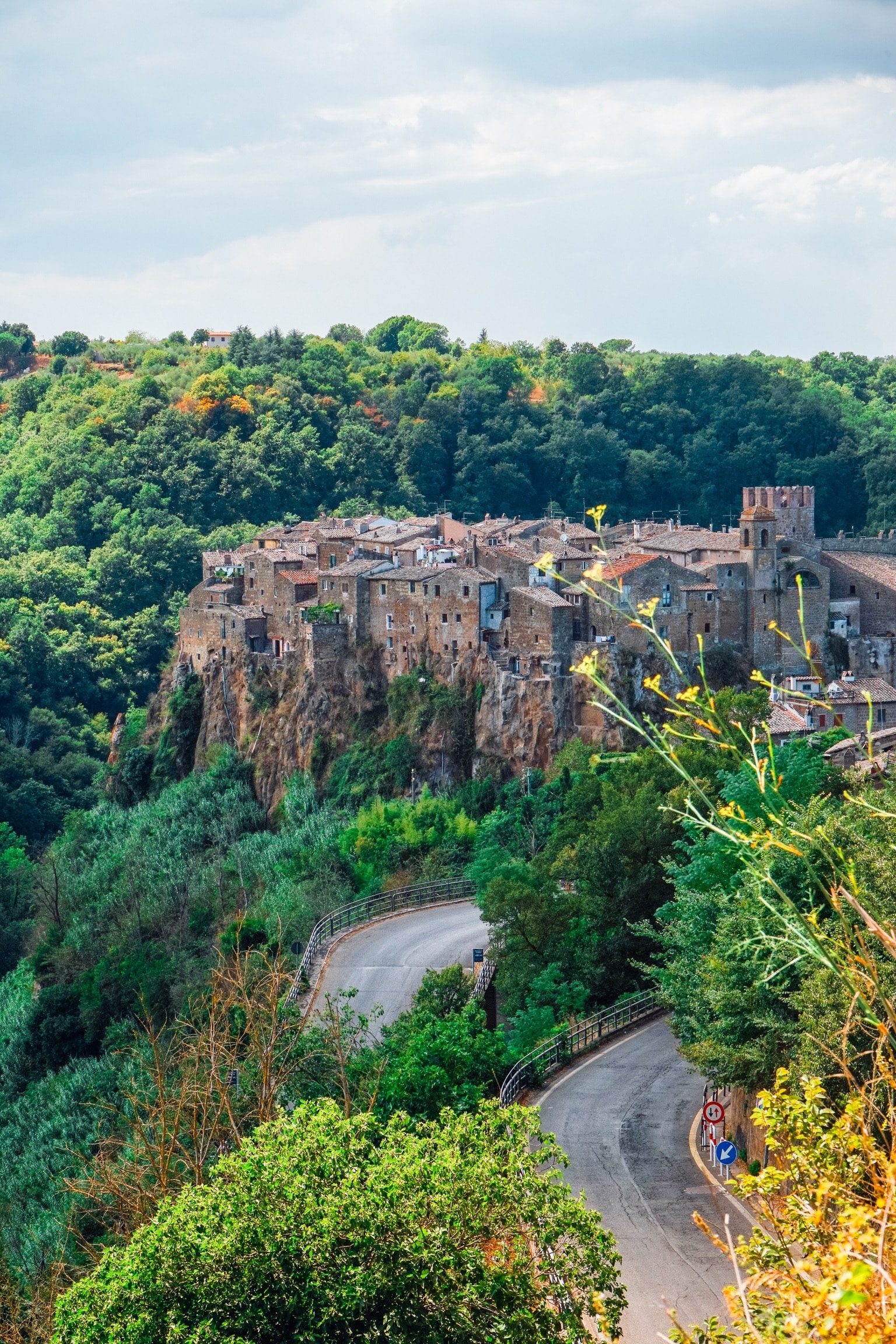 The Church of SS. Nome di Gesù, a building dating from the 14th century and renovated in 1793 by order of the Sinibaldi, is located on the small square of Calcata, alongside the Castle. A baptismal font, a 16th-century stoup, a wall tabernacle, and a graphical cycle of Christ’s Stories are preserved in the church’s interior, which has a single nave covered by a wooden trussed roof. The relic of Christ’s foreskin vanished under unknown circumstances. 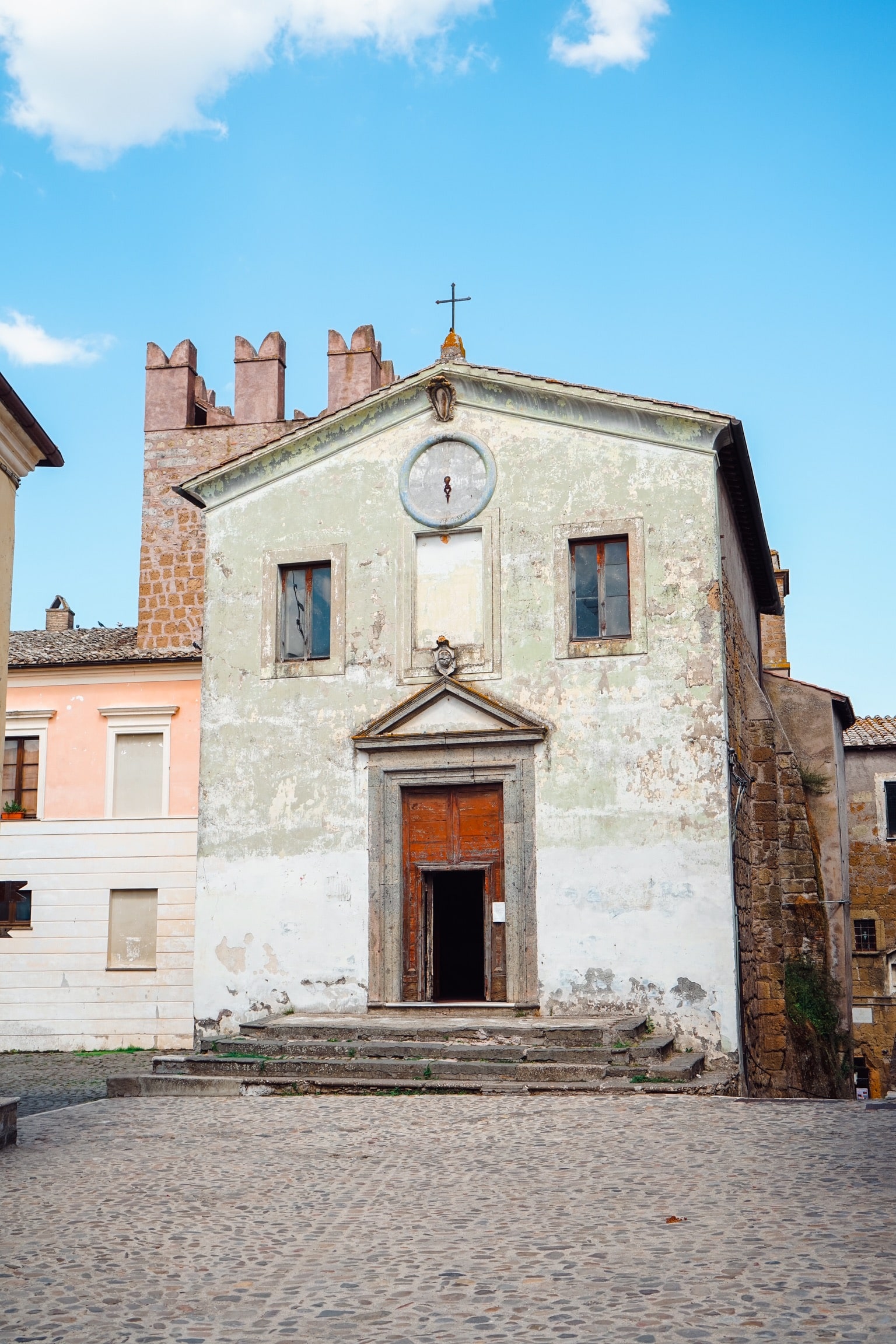 It was renamed Granarone after being renamed Monte Frumentario. It is an old and huge granary that was erected in 1632 and remained operational until 1950. It was rescued from a disastrous collapse thanks to a priceless restoration by a Dutchman.

Calcata was uninhabited until the mid-1960s for safety reasons (multiple cliff collapses), when it began to repopulate with artists and creatives from all over the world. Today, shops and workshops, many of which are housed in caves cut into the tuff, are among the village’s greatest attractions, where visitors may examine and purchase works of craftsmanship and art in a pleasant, bohemian atmosphere. 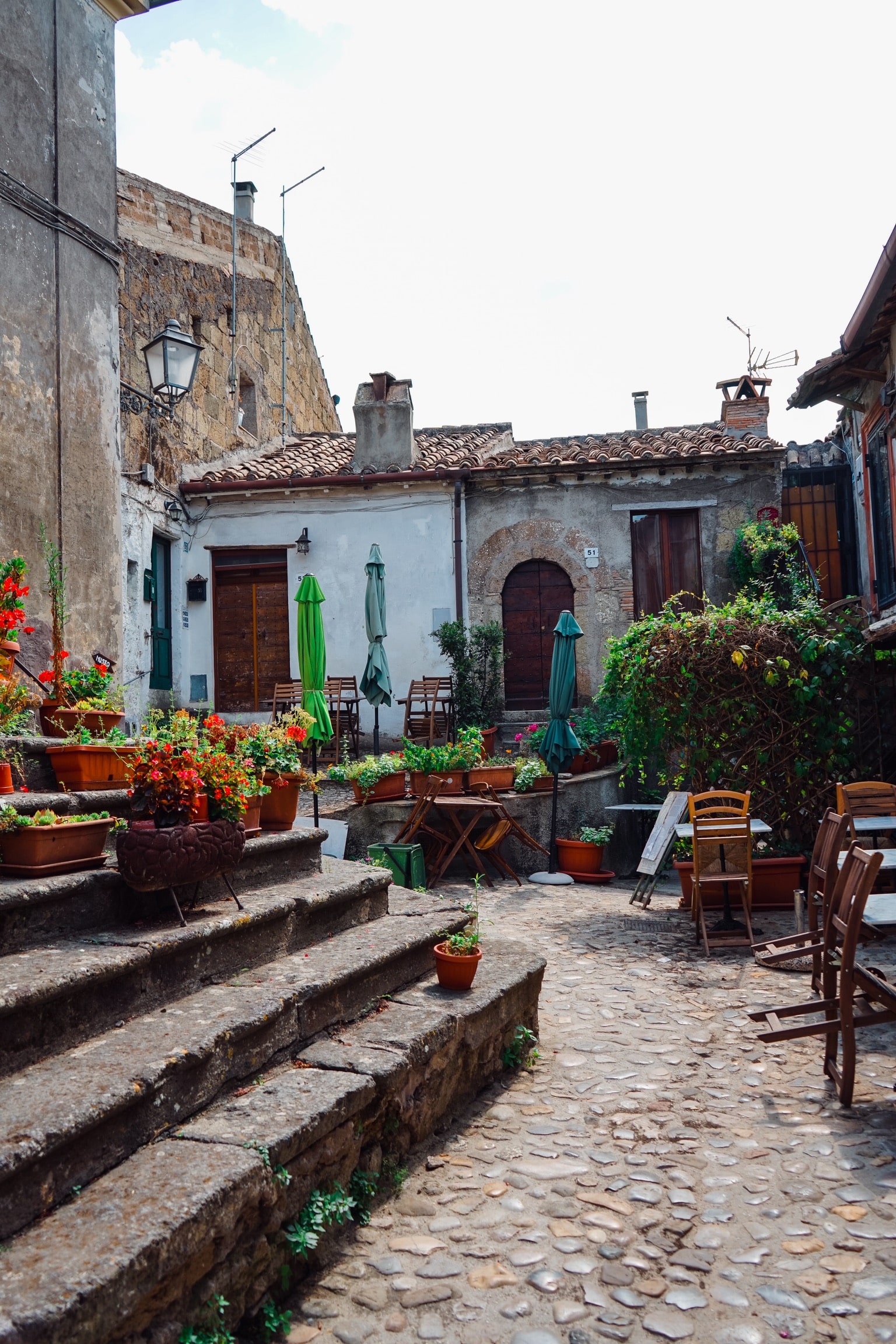 Are you a tea connoisseur? You can choose from 201 distinct varieties in Calcata, all from different regions of the world. The credit goes to the hostess, a Belgian originally from Ghent, who brought her visceral passion for this drink, as well as a large collection of teapots, to the ancient village. You may also sample homemade sweets and cookies in a wonderful tea parlor with a panoramic patio overlooking the Treja Valley.

There is a Regional Park of considerable naturalistic importance on the territory of the municipalities of Calcata and Mazzano Romano, with a total area of around 650 hectares. The park, which is accessible by foot or horseback, is home to diverse fauna, including foxes, badgers, weasels, and nocturnal birds of prey, as well as lush vegetation covered with ivy, hazelnut trees, reeds, and innumerable bushes. There are also the ruins of an ancient Falisci town in the park.

Museum of Art in Nature

A strange route of contemporary outdoor art winds through two hectares of timber in the Treja Valley’s canyon. Opera Bosco is a museum-like journey of works of art and installations created from the area’s natural materials: sources, amphitheaters, prehistoric caves, and terraces are just a few of the shapes that diverse international artists have given to nature.