Lenola, situated on a hill within the Aurunci Park and just a few kilometers from the sea, is a great destination to escape the daily grind. Its name was Ynola, according to certain ancient parchments, and it was founded by a group of East Asian navigators, maybe the Phoenicians. The settlement reached its pinnacle of beauty in the sixteenth century when it served as the Caetani family’s fortress and cultural center. However, the city was attacked by the pirate Barbarossa, who destroyed it in a fit of rage while attempting to seize Countess Giulia Gonzaga. Later, like many other cities in the south Pontine, it became the realm of bandits and brigands, and French troops in quest of Fra Diavolo set fire to it. Finally, it was bombed many times during World Wars I and II, as were many other Pontine cities. 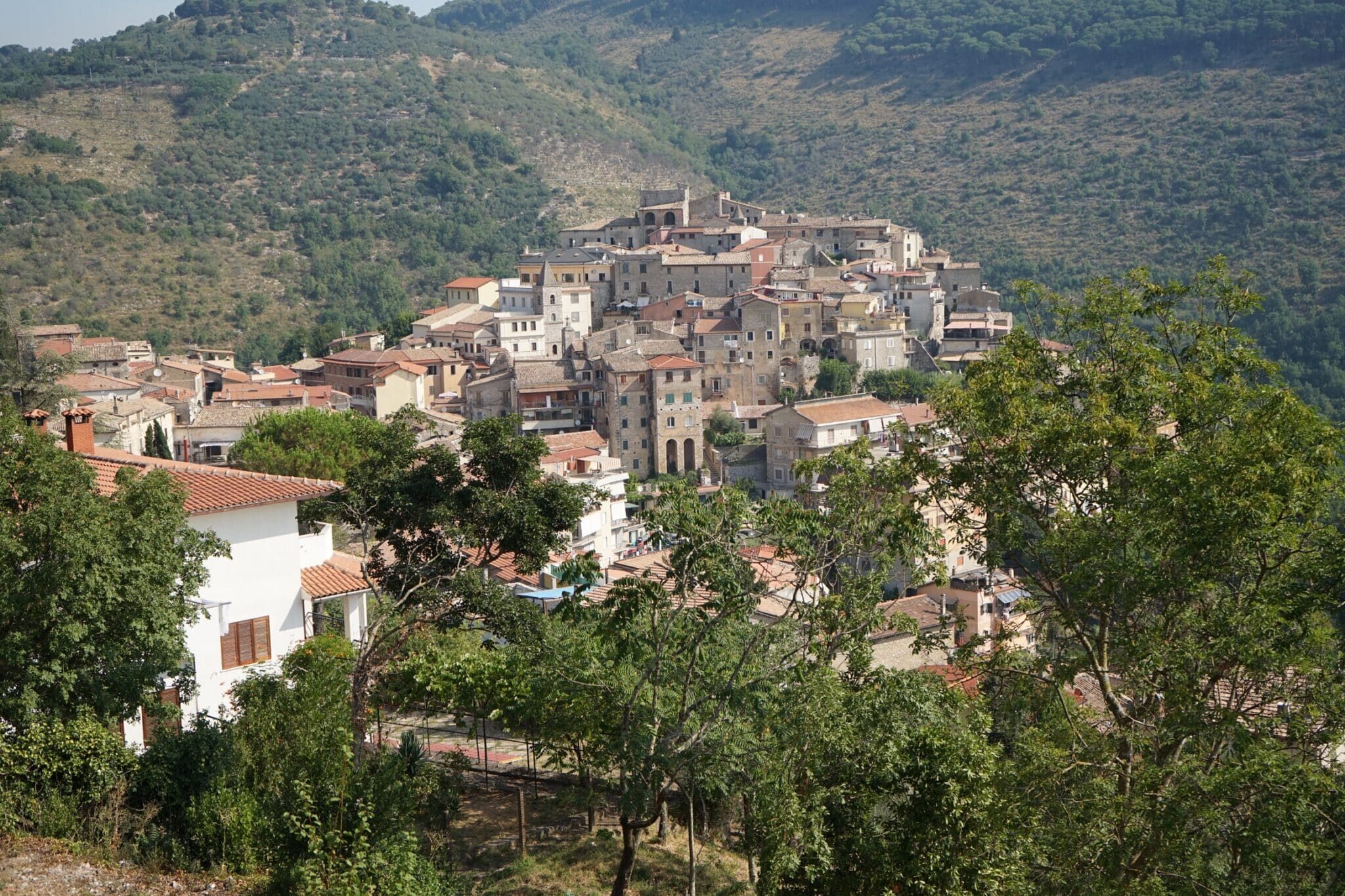 The historic center of Lenola, also known as “Terra Vecchia,” is known for its antique tower-houses, stairways, and tiny lanes, which are perfect for photographers. The Baronial Castle, built in the Middle Ages, is located on the highest point of the hamlet. It is reported that in 1534, it housed the countess of Fondi Giulia Gonzaga, who fled to avoid being kidnapped by the corsair Kair-ed-din, also known as Barbarossa, who planned to offer it to the Ottoman monarch Suleiman the Magnificent. 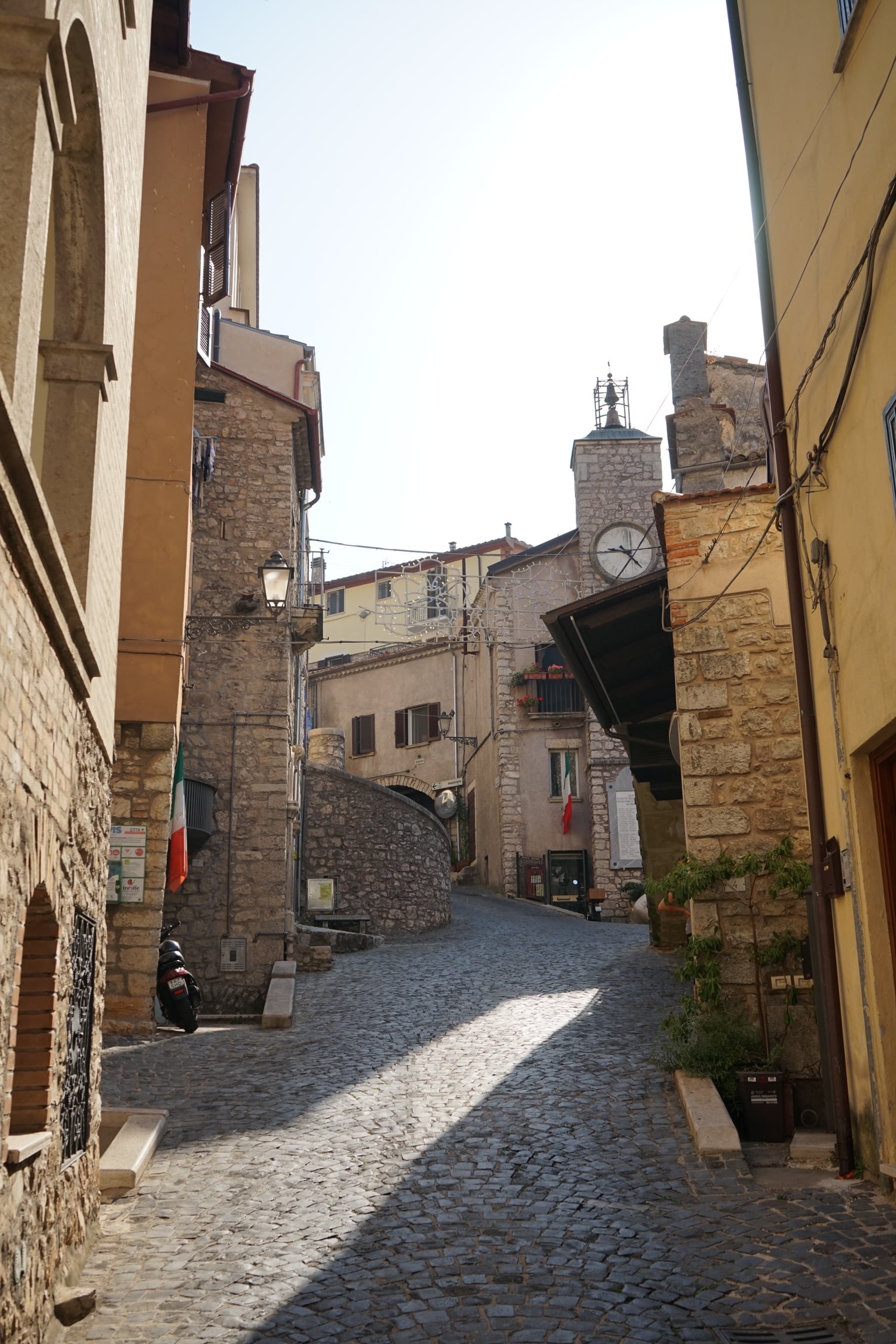 Then there’s the Church of Santa Maria Maggiore, whose two naves include a treasure trove of artistic works and each finish in a chapel devoted to the Sacred Heart on the right and San Giovanni Battista, the city’s patron saint on the left. Another important church is San Giovanni Evangelista, one of the city’s oldest, and the Madonna del Latte, where, according to legend, mothers who could no longer breastfeed their children went to this church with a large stone on their heads as a sign of humility and ate the plaster from the fresco with a finger, asking the Virgin to have the milk baptized. 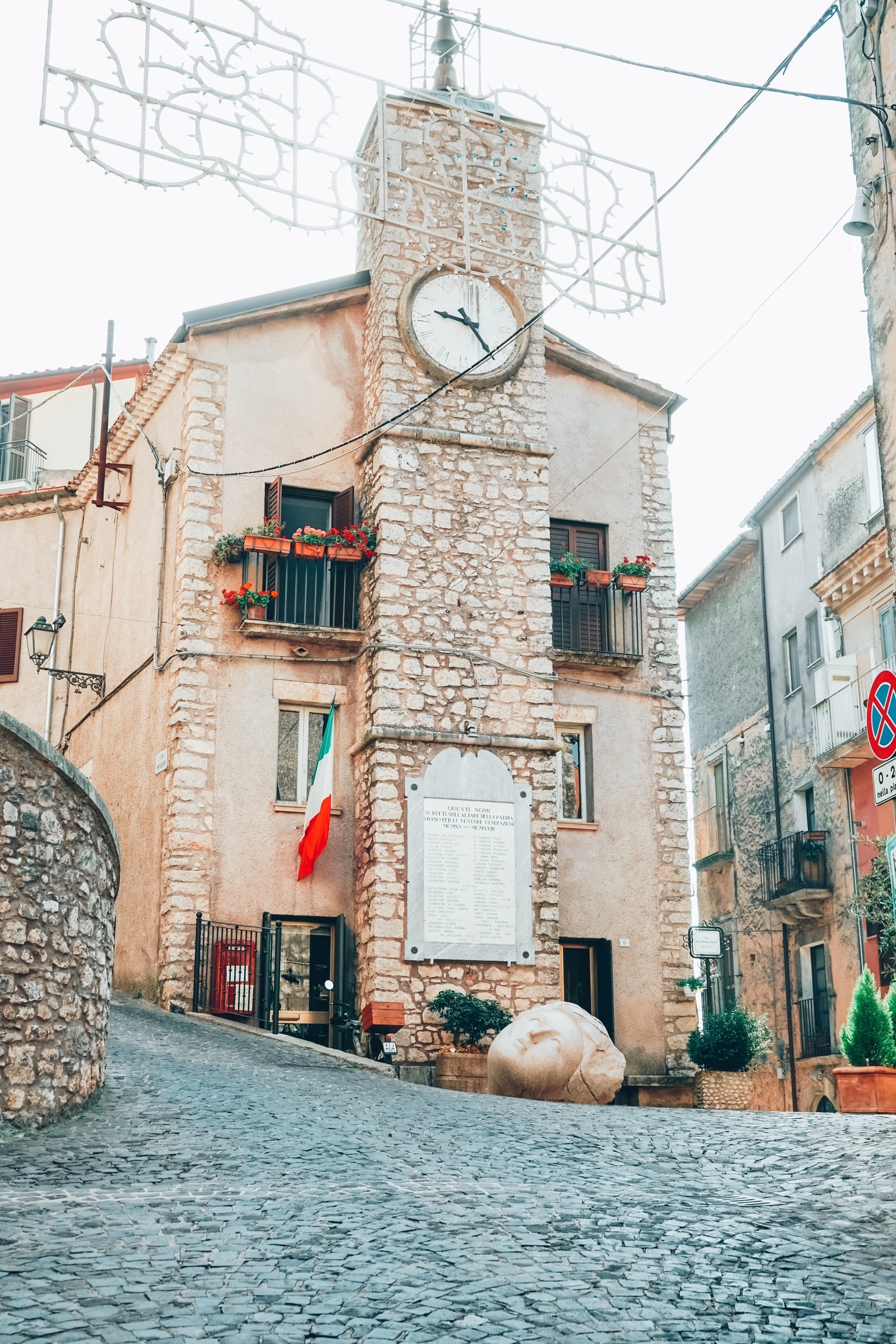 The architect and sculptor Giuseppe Quinto di Lenola developed and managed the Staircase of Peace in Lenola, which was completed in 1987. It runs from Piazza Cavour to the Sanctuary of the Madonna del Colle’s square. The initial portion runs through the Colle neighborhood before widening into a tiny square with colorful motifs depicting children playing on the sidewalk. On the right wall, carved in the rock, we can see figurines of children playing, as well as a mother breastfeeding while keeping an eye on the other children. 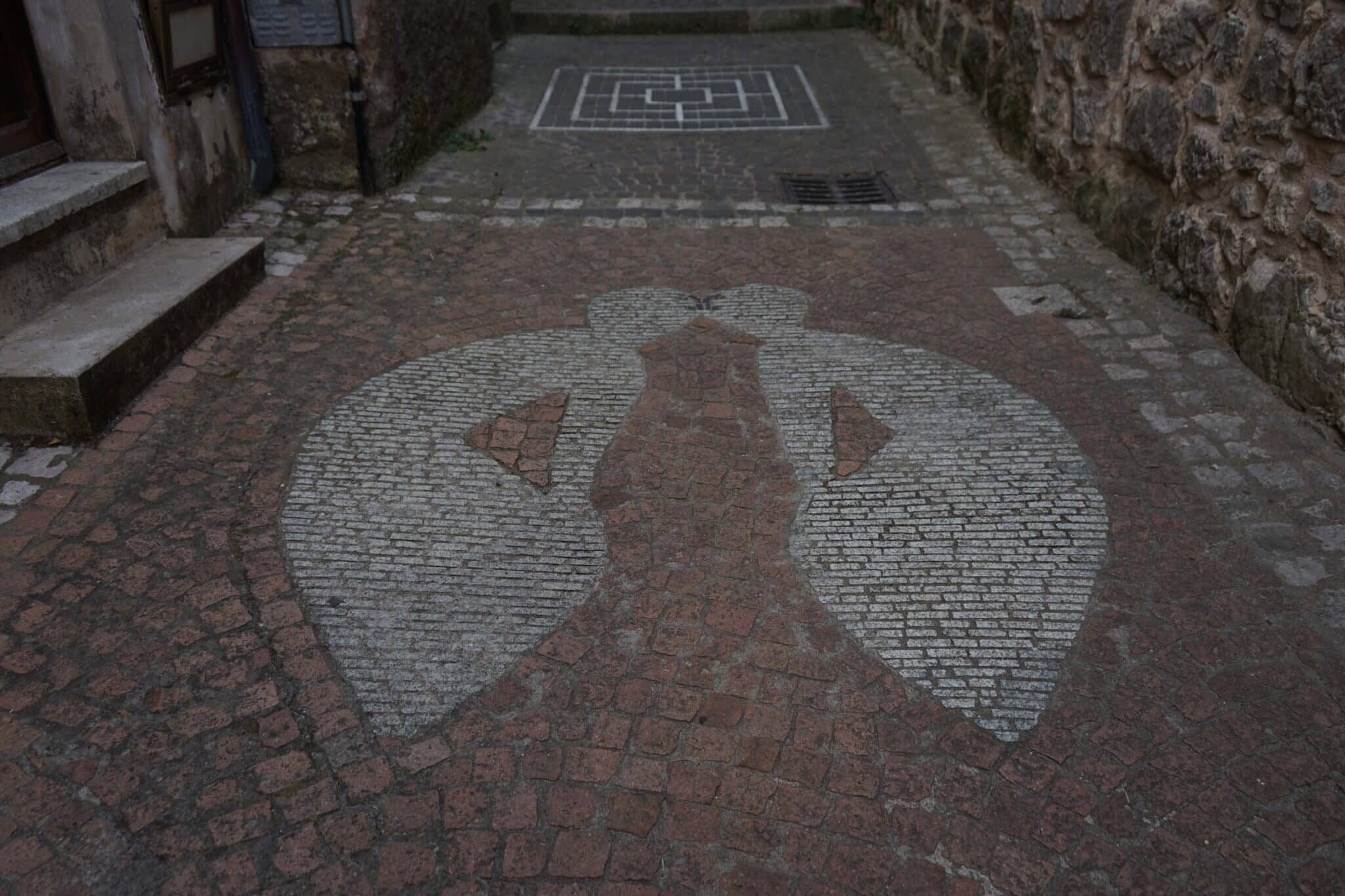 The Staircase of Peace consists of 110 steps; of these, 83 are characterized by mosaics on the theme of peace (hence its name), made on sketches by artists from all over the world by the French master Bruno Amman. 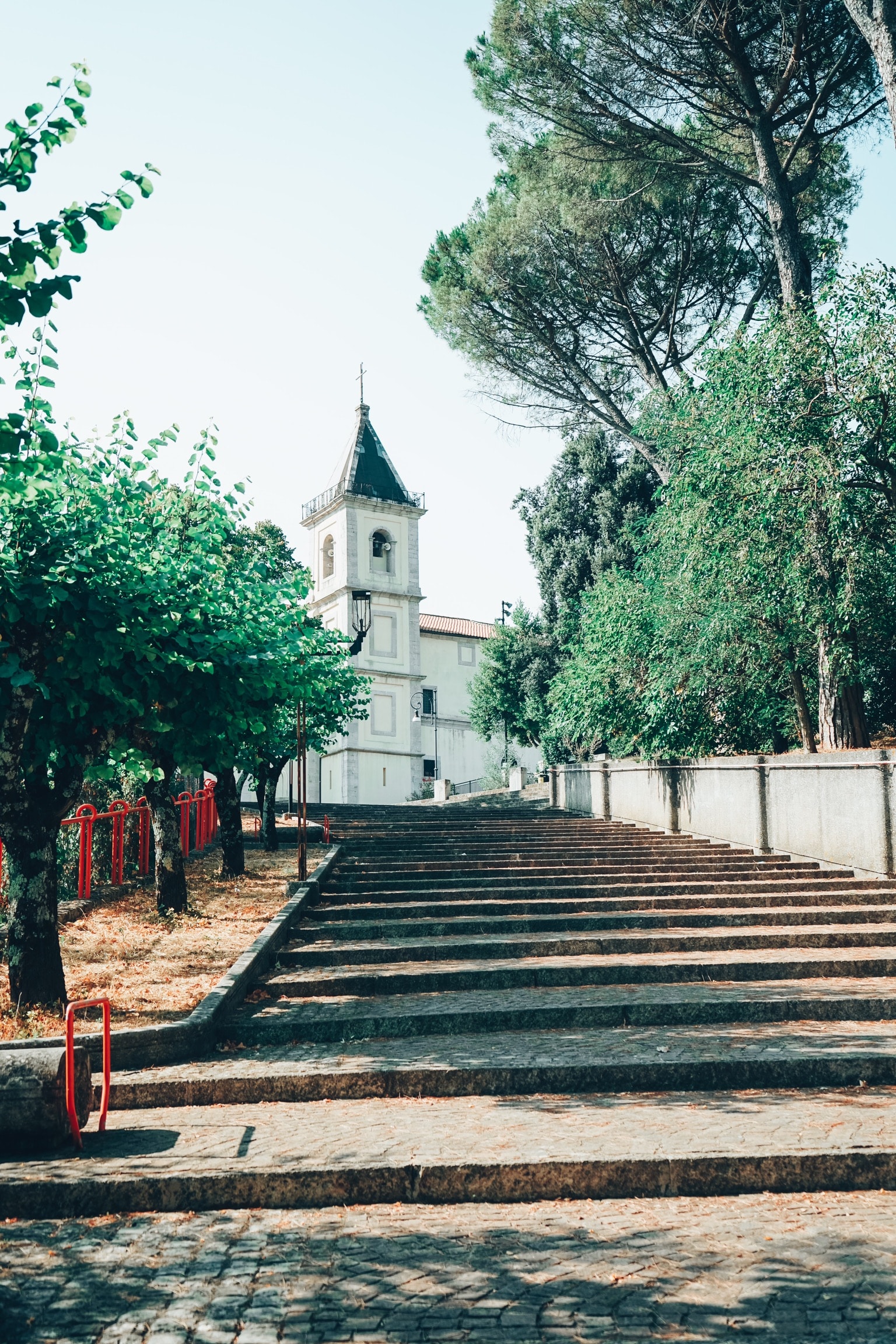 The Madonna del Colle Sanctuary is a pilgrimage site dedicated to the Madonna del Colle. The Sanctuary of the Madonna del Colle in Lenola is located on a 490-meter mountain that may be approached from the community of Lenola through a 110-step peace stairway. On September 8, 1610, the sanctuary was dedicated. There is a painting of the Virgin on the inside with a single nave (18th century). The architect Ambrini is responsible for the design. The classically styled exterior is made out of brickwork and a bronze portal. 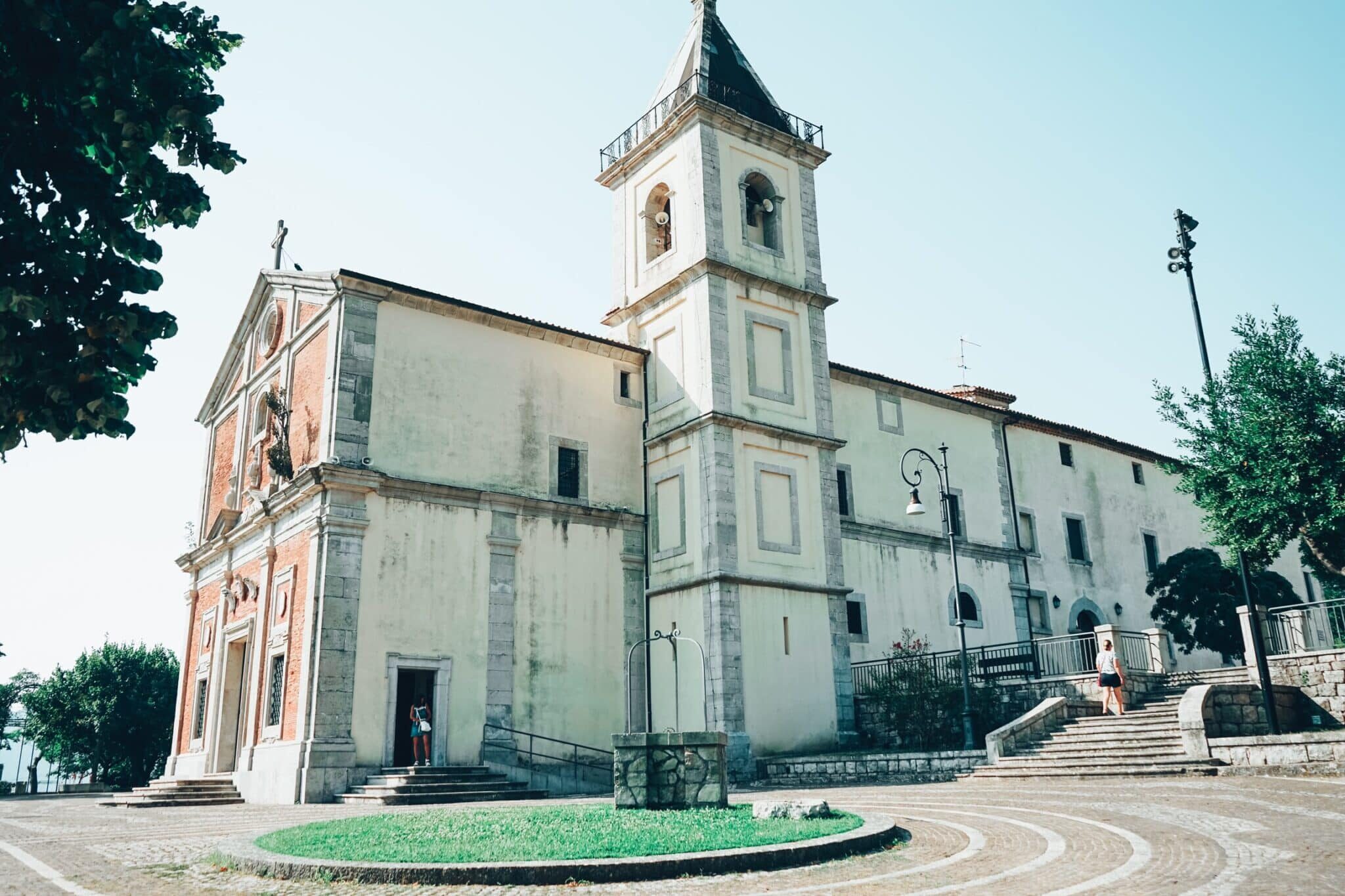 The Castrum Ambrifi di Lenola, commonly known as the Ambrifi Ghost Town, is an old settlement that was abandoned near the end of the 15th century. The “castrum” was built on a hill 639 meters above sea level with an ellipse-shaped wall, with a church and a castle near to the church in the town’s highest point, of which only a few remains survive today, such as one of the towers with a square base and a height of 7 meters. The rest of the old city was made up of houses, which were strewn about in a haphazard manner across the entire region, where a large amount of pottery was also discovered; the finds are housed at the “Renato Ingrao” Study Center.

Trekking in and around Lenola

The proximity to the mountains makes this a great place for hiking and camping. The most characteristic is the one on Monte Appiolo, which is located between the two versanti of Lenola and Campodimele and where you can see numerous capi di bestiame.

It is possible to see the entire borgo of Lenola, the piana di Fondi and its lake, the lone pontine, and even the innevate Abruzzo mountains from the cima of Monte Appiolo. The highest point was dubbed Cima della Croce by the oldest pastors because there used to be a wooden cross there.