Chordeleg a Magical Town in Ecuador.

I celebrated my birthday by traveling again, so it became customary for me to do it. Now, I am going to a city that I love not only for being a few hours from where I live, this is for all the culture, gastronomy and amazing places which we can visit. I returned to Cuenca, which at this time, It is illuminated with lights and colors, the Christmas atmosphere is felt everywhere.

Although, this trip was long for me because I had to travel wearing a mask on the bus and they were respecting the security measures in all the buses in which I traveled.

One of the sites I wanted to visit was the Turi viewpoint, this site shows us the city in its entirety. A colonial city and its roofs stand out with the color of the sky. From the center of Cuenca to the Turi viewpoint it takes approximately 15 minutes, the use of the taximeter is mandatory so the value of the taxi varies according to where you are. 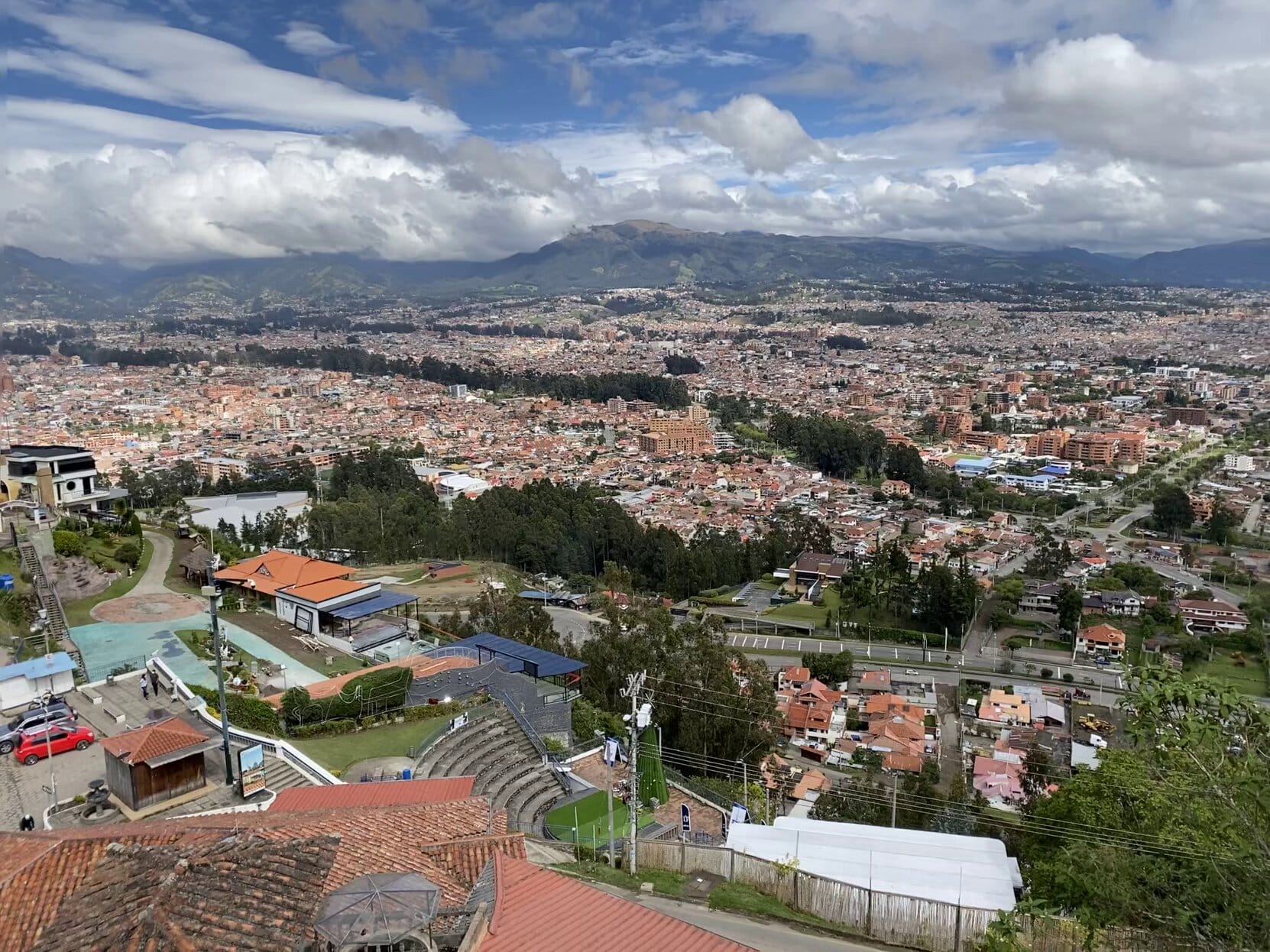 Cuenca is a city characterized by its gastronomy and one of the things I had wanted to eat was a roasted guinea pig, I had not had the opportunity to eat it, but this time I decided to try it and to be honest it had a good taste. If someone invites me to eat it, I know I can eat without any problem. 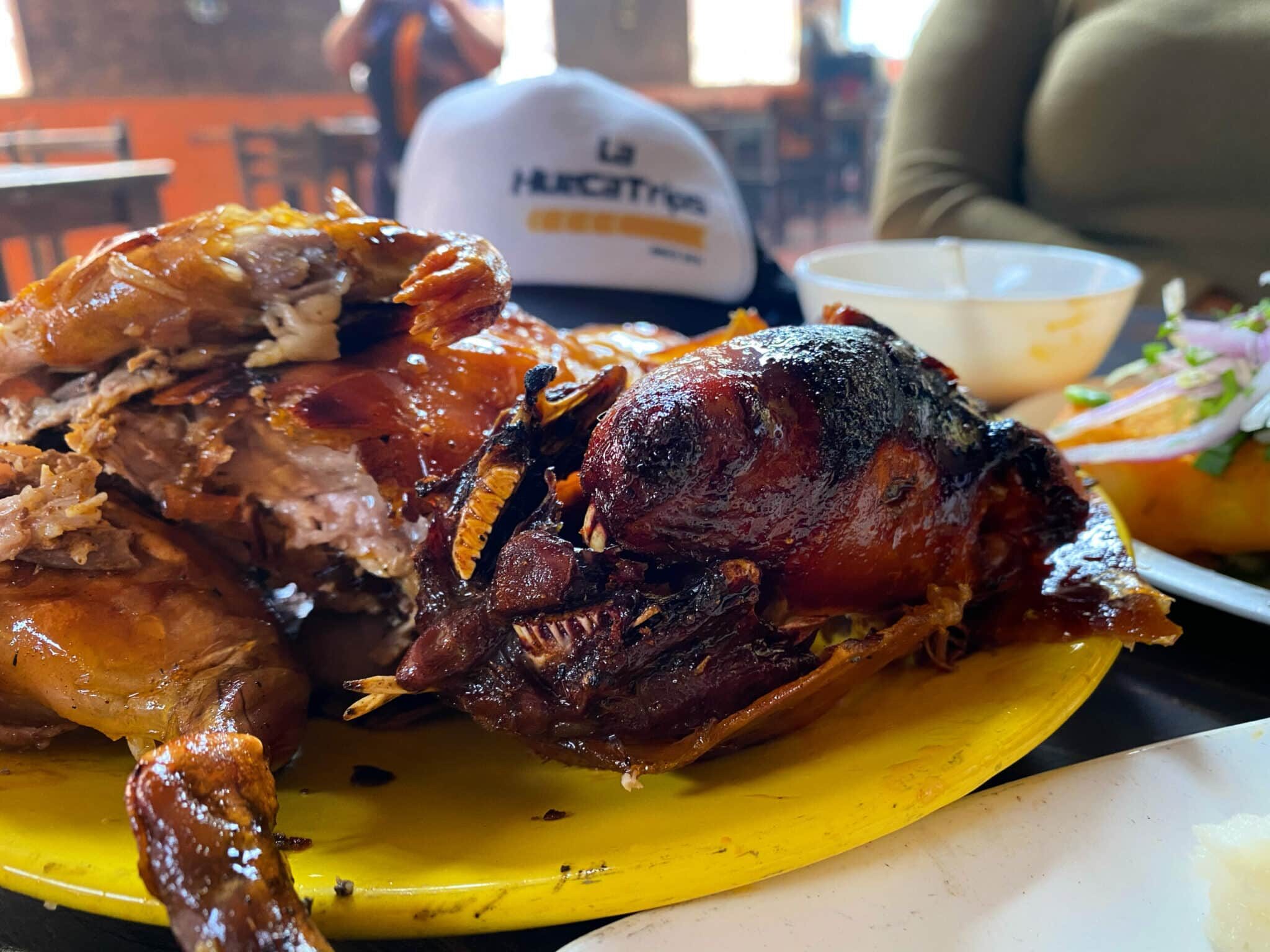 After this gastronomic adventure, and celebrating the occasion, I returned to Piedra de Agua Spa where I had been before, you can read more about this beautiful place in Baños de Cuenca in my other travelogue. Take a moment of relaxation to enjoy alone or accompanied. 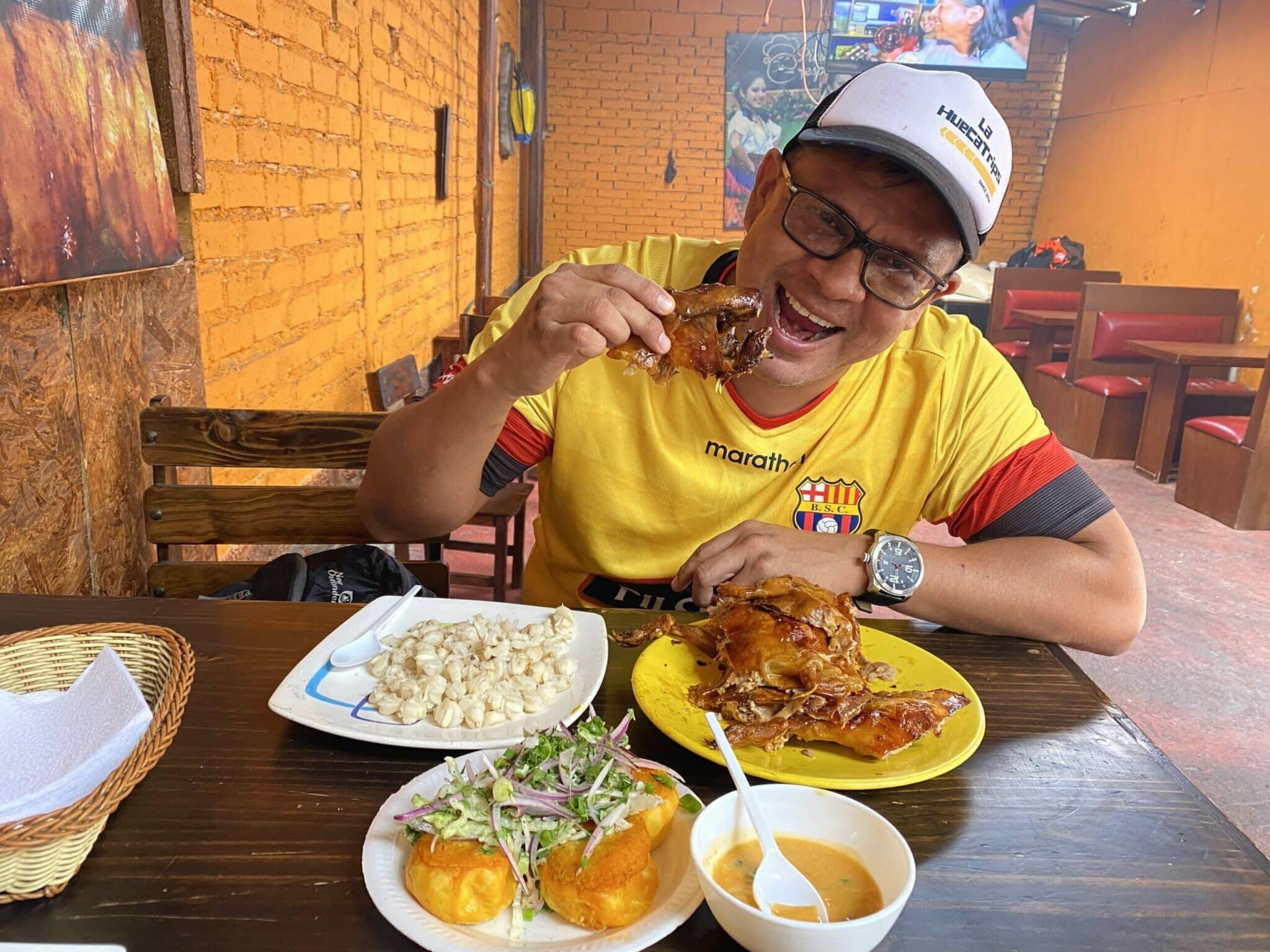 Chordeleg a magical town that you must know

Chordeleg is a town located a few kilometers from Cuenca, about an hour by bus. To arrive at this magical town is to arrive at a town where its artisans have forged the popularity of this place with their talent. 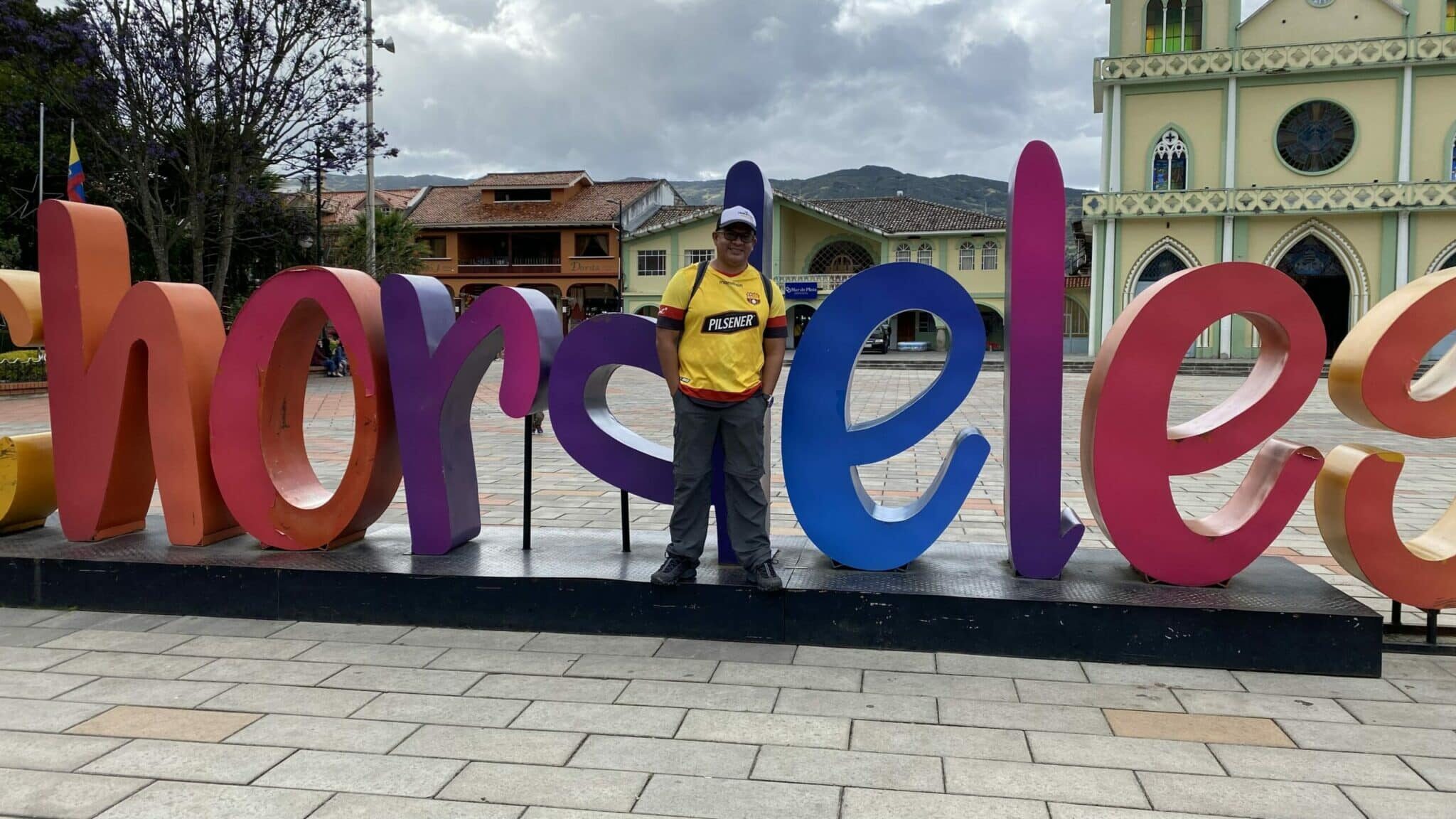 Chordeleg is characterized by its jewelry made on the basis of gold and silver, although currently they work with other types of materials such as steel, gold fill and jewelry covered with rose gold.

Among the reasons why Chordeleg was declared a Magical Town will be due to the cultural and natural attractions that it has, among them we have the archaeological remains of Llaver, the Municipal Museum where handicrafts of thick wool fabrics, hats of toquilla straw, shoemaking, pottery, and filigree. Chordeleg was declared a Creative City by Unesco in 2017.

We can visit the rock formations of Pungo Huayco, which is a set of six peculiar rock formations in the middle of a beautiful country landscape. An ideal place for family walks and picnics. But the main attraction is in the charm of its craftsmanship, which is evidenced in its numerous workshops and shops selling goldsmiths, mainly filigree.

After some shopping and visiting this Magical Town, I decided to return to the city of Cuenca, my last day to enjoy its streets, people and attractions. It is definitely a city to come back and be happy with all this amazing city can give us. 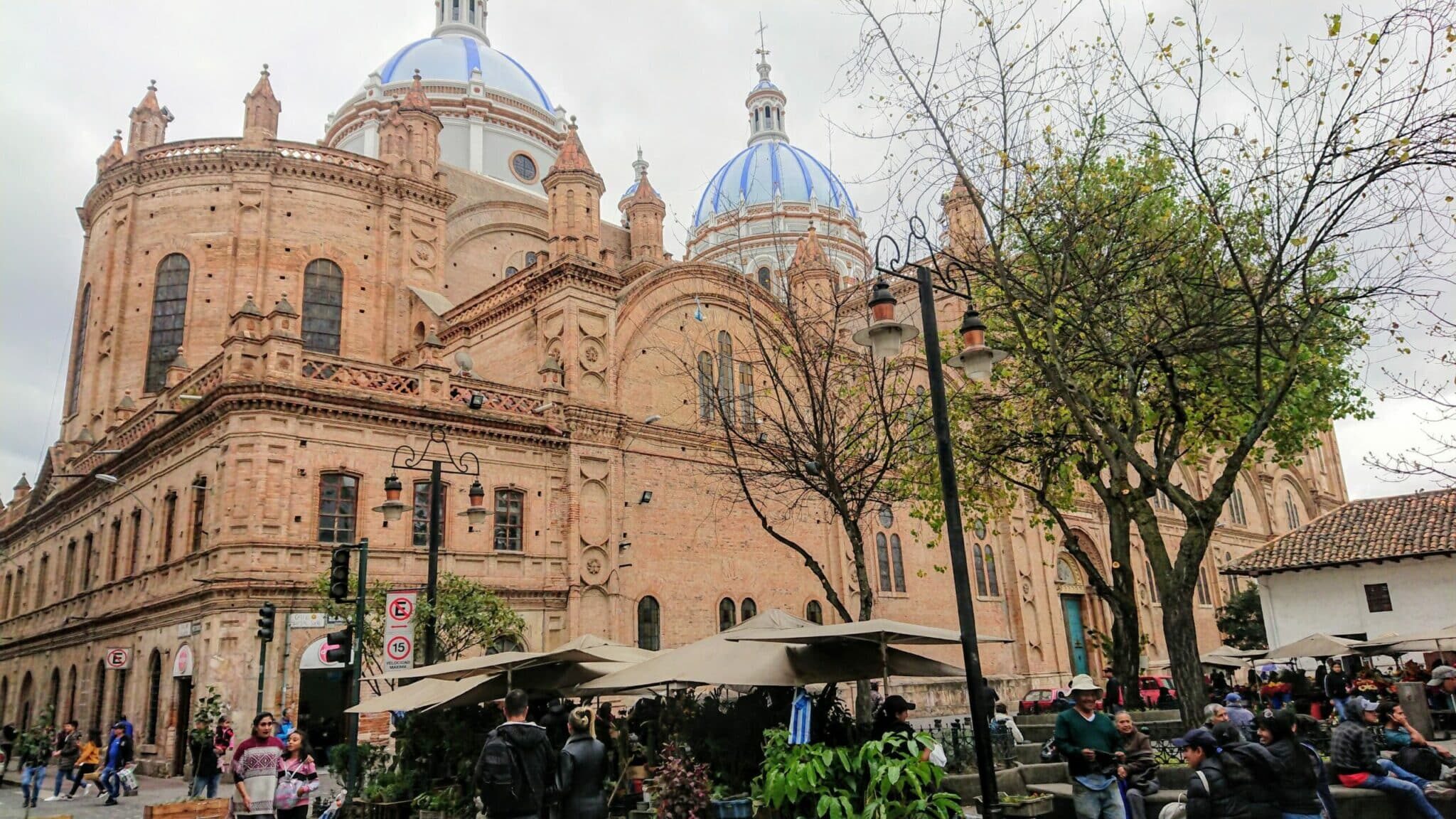 There are other places to visit in Cuenca such as Chorro of Giron, watch my video on youtube: