Cuenca… Heritage and Culture in Ecuador.

The most colonial city of Ecuador. It is situated 413 km from I live in La Libertad. To get there, you must go to Guayaquil. There are two ways to get there by bus or in vans that are taken at the shopping center called the terminal, just 4 hours away from the Cajas way, which is the fastest way to get there.

In Cuenca, we can fin a variety of hostels and hotels. Near Mother’s Park, there are good places where you can find hotels according to your Budget. In my case I preferred to stay near the downtown in a hostal called Mariscal & Suits, it was a comfortable place and the breakfast was included in the price.

Cuenca is a lovely city, where you can enjoy walking through its cobbled Street. You can admire its colonial architecture that makes of Cuenca one of the most beautiful cities in Ecuador 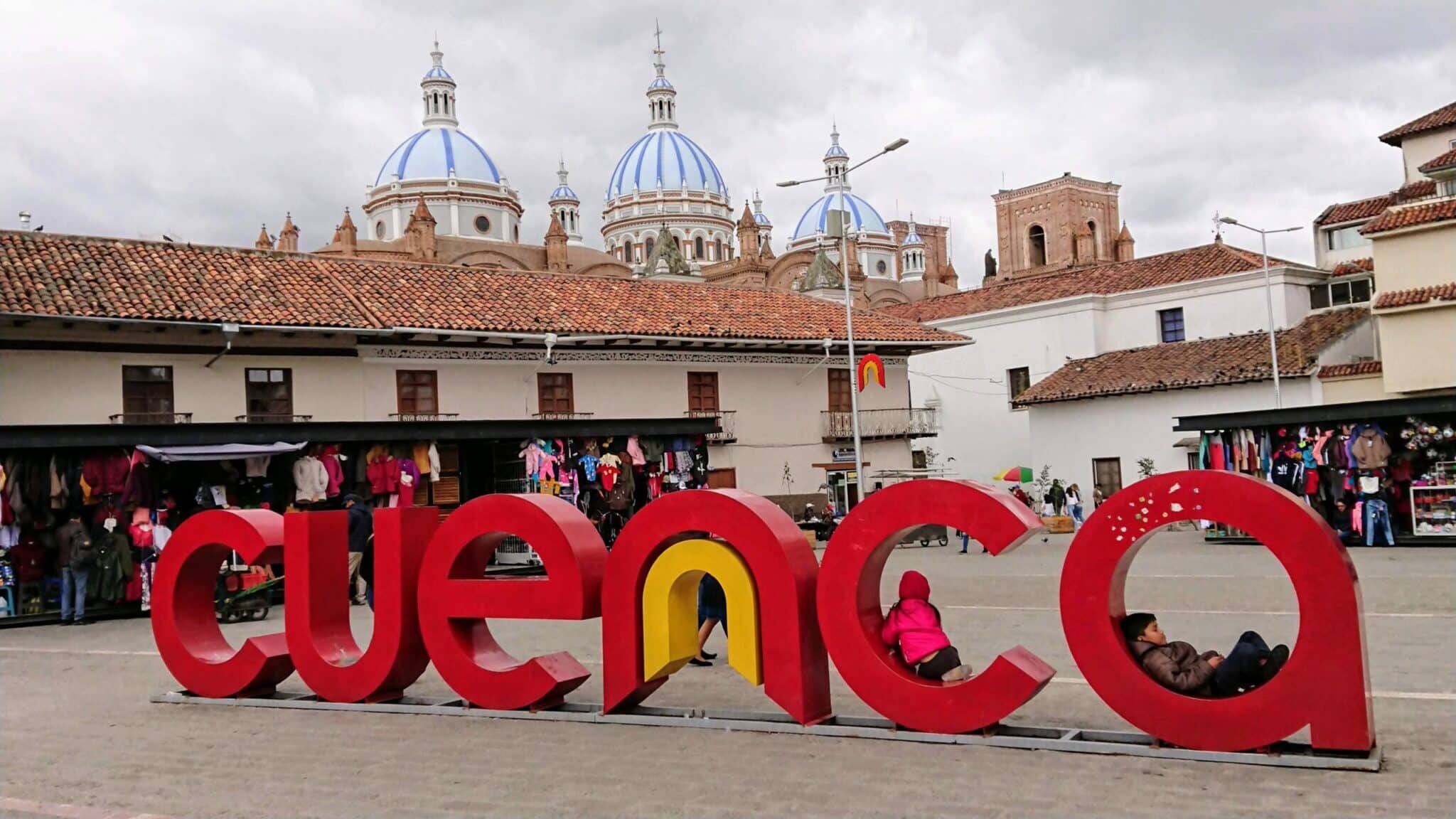 I woke up very early to go to the Mercado on October 9 for breakfast, It is a clean market with a variety of places where you can buy fruit, vegetables, meat, and different kind of food. A breakfast that consisted of a morocho which is a hot drink made with milk and dry corn called morocho, I ate some cornmeal and wheat tortillas

Very close of my hotel I found a handicraft market, a place where you can buy different types of handicrafts and handmade objects. 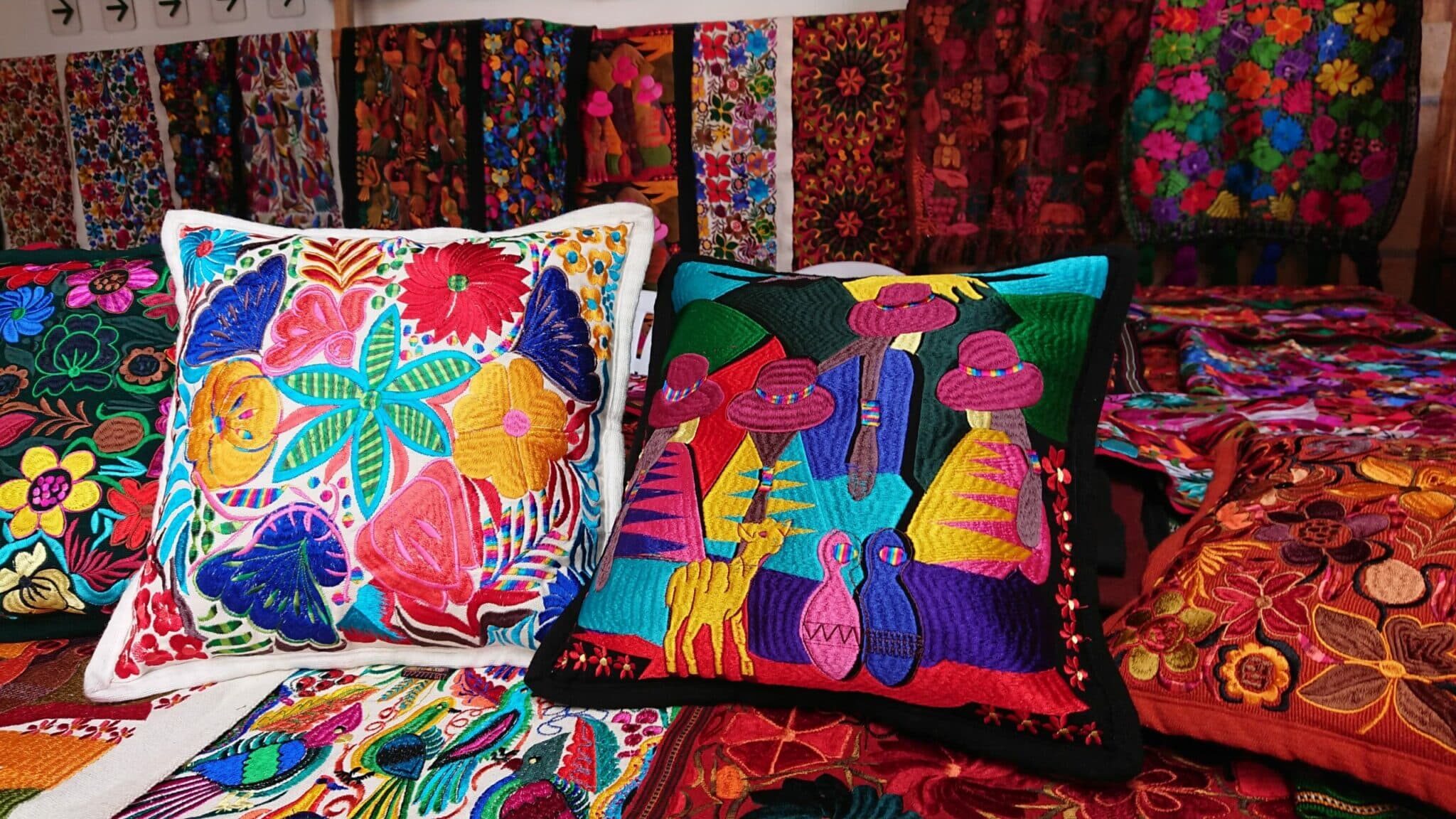 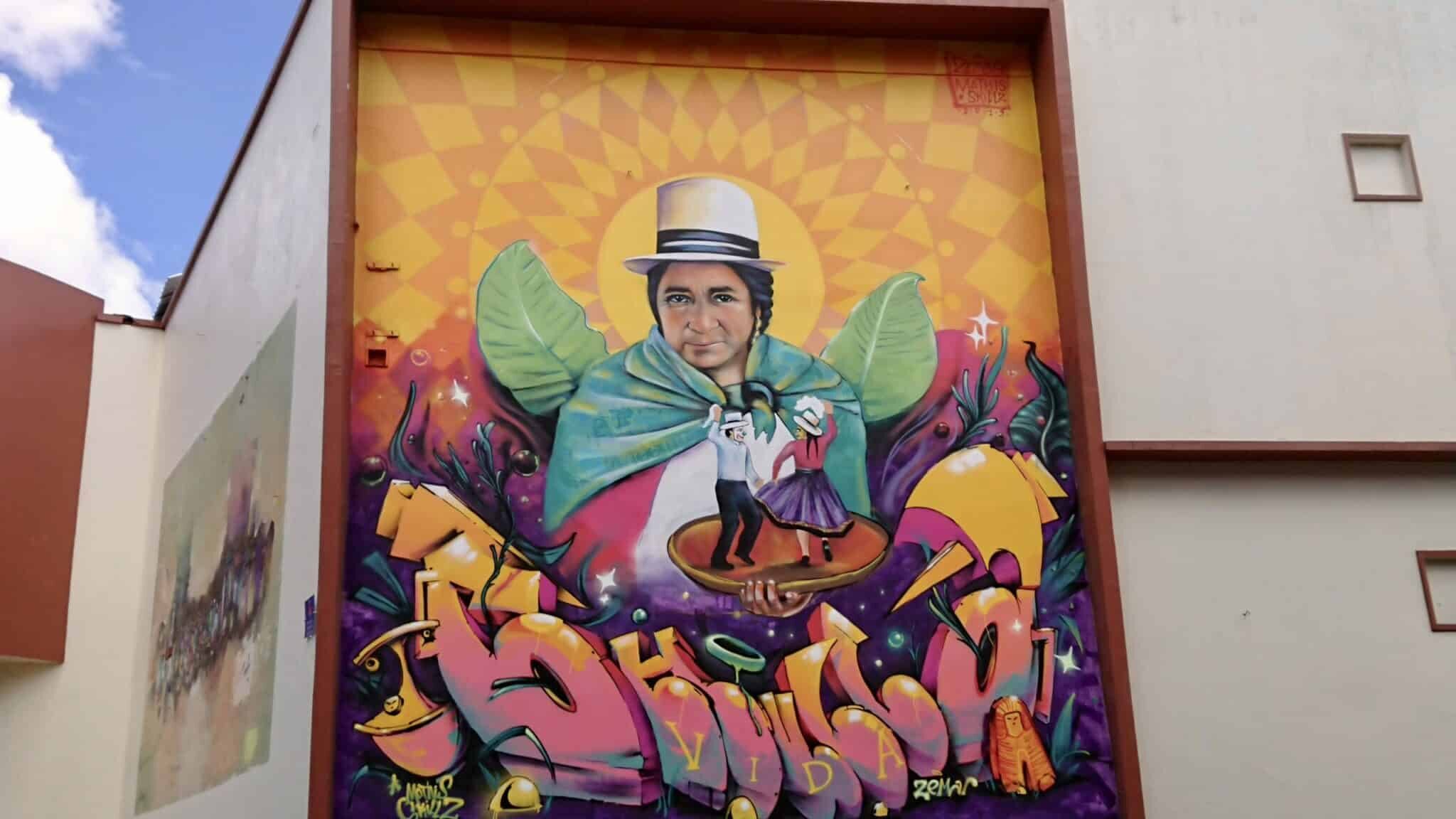 After that, I went to Calderon Park, where I could see the cathedral, although I could not go to its domes because it was too early.

Cuenca is characterized by its colonial streets and its beautiful sites such as the Pumapungo Archaeological Park, you can know about this place that was a Cañari settlement, in this park we can observe more than 220 different kinds of medicinal plants and birds that you can watch in this complex. Pumapungo is a park that will teach you that is a good place to learn about the history of Ecuador and its customs.

One of the places that you have to visit is the Tomebamba river where you can find a sidewalk next to the river where you can enjoy nature. In this place, we can find an iconic place called Puente Roto that is a bridge that was broken for a rising of the river Tomebamba. It took exactly half of the bridge. it is a tourist place where is considered done of the most iconic points of the city. 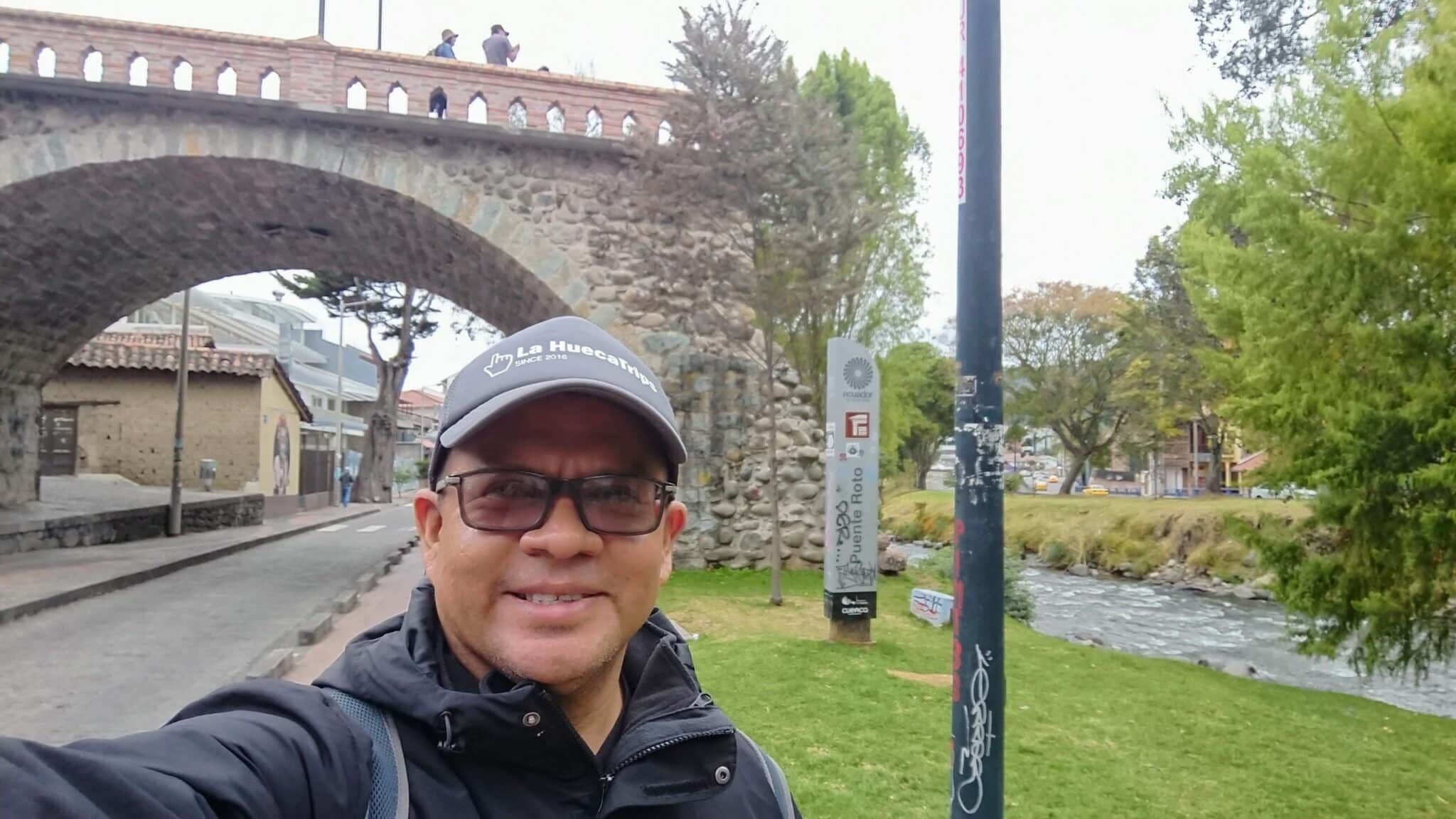 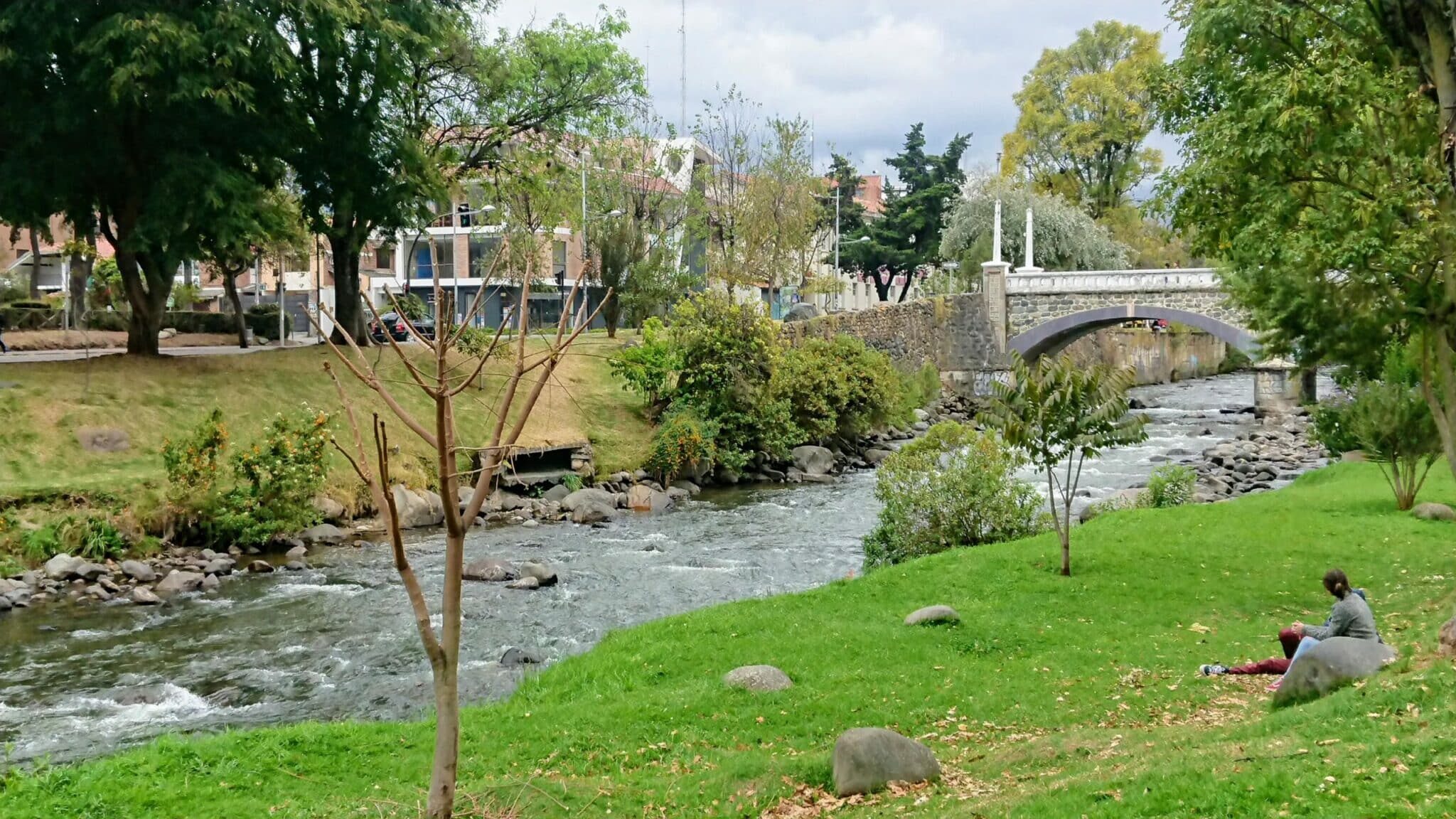 The walk along the river is one of the most relaxing things that you can do, definitely, the union between the nature and the city makes Cuenca a city that never ceases to enchant. 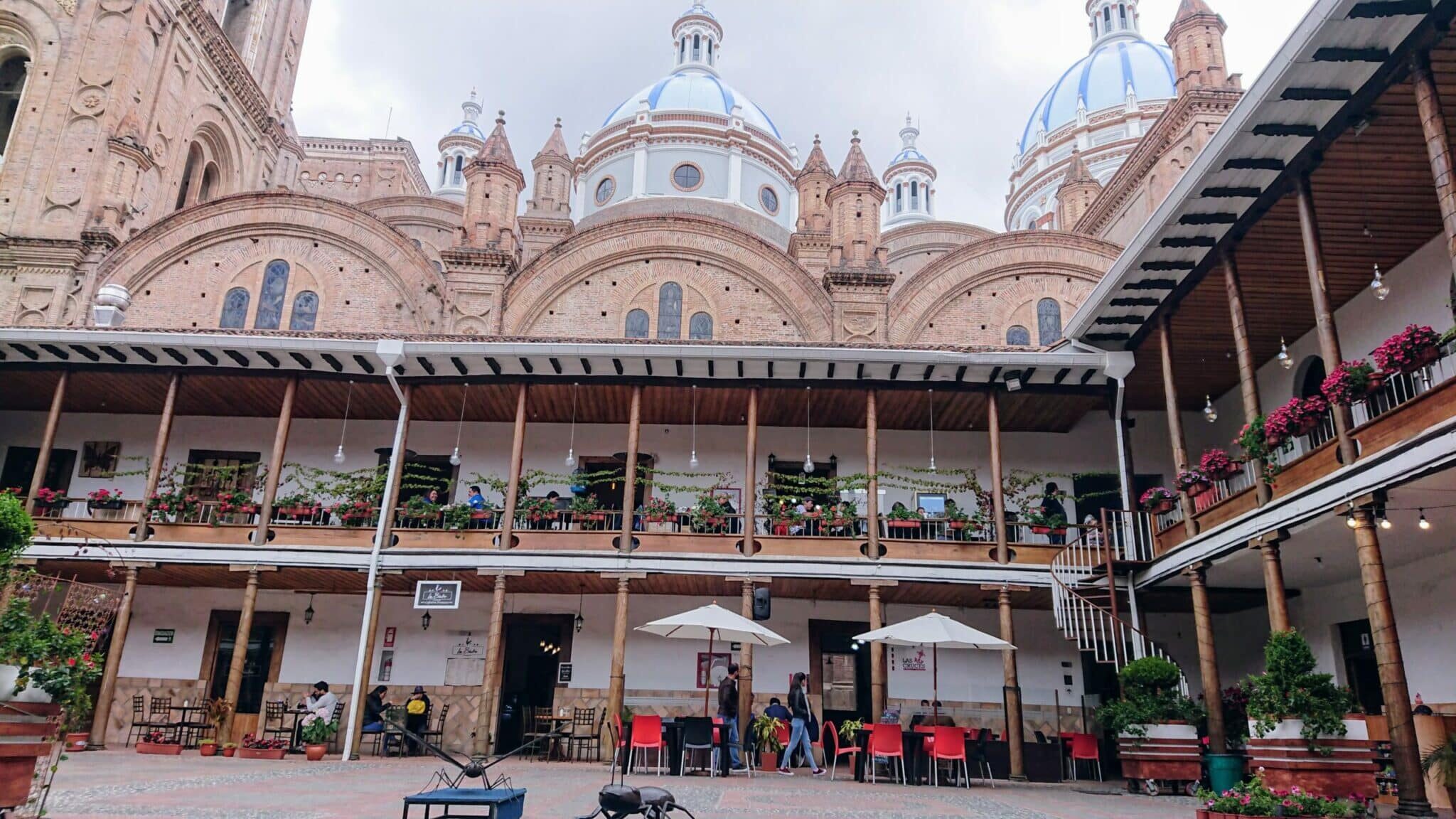 Mobilizing in Cuenca is not so complicated the entire historic center is practically close and you can walk, but one of the things that caught my attention on this trip is that there is no Uber or any other app for taxis, so I asked about that to a taxi driver and he told me that they are prohibited to work here and official taxis are only authorized to work in Cuenca. 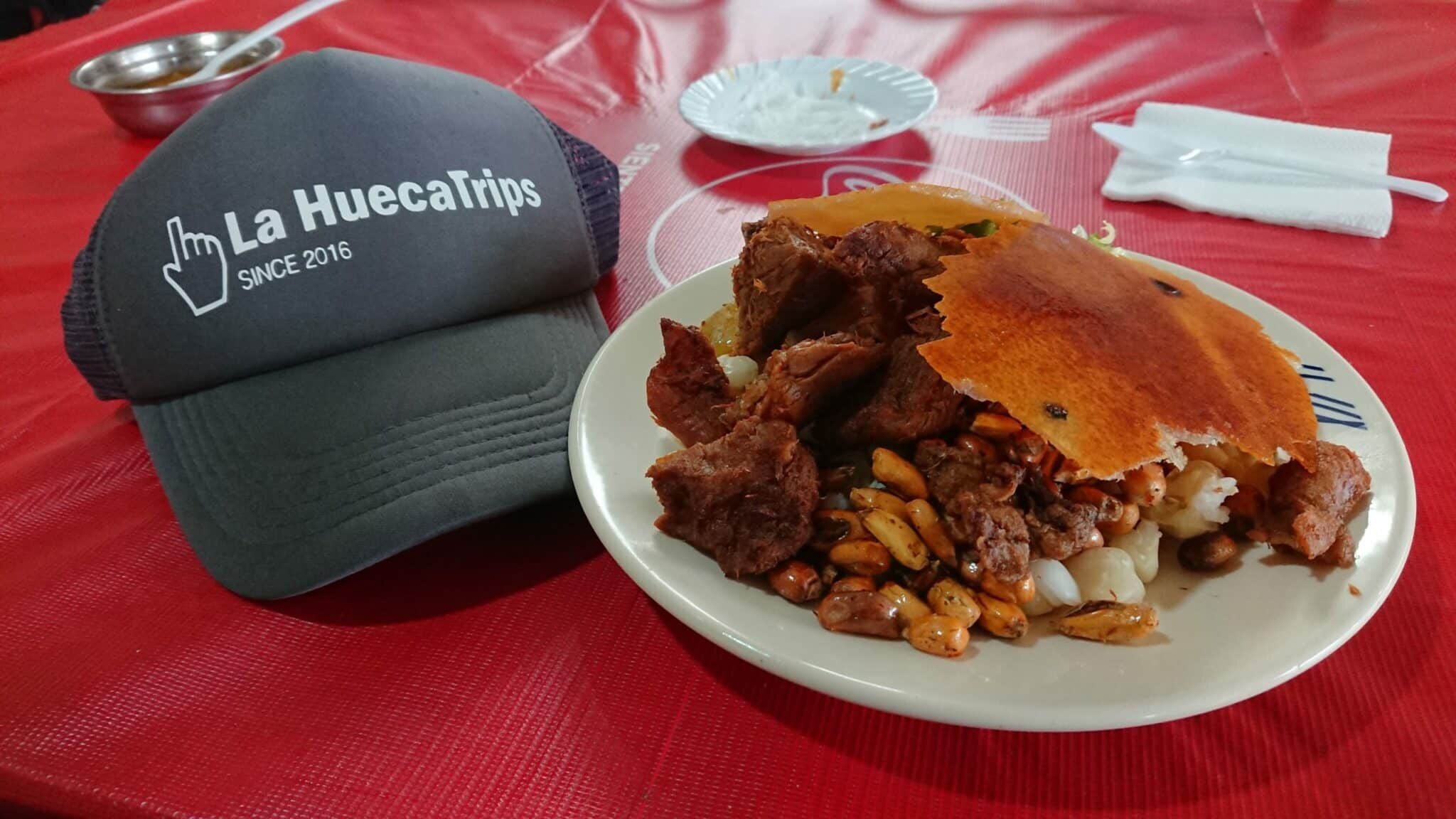 If someone is discovered offering the taxi service receives a strong fine, but if you want a taxi you can download an application called AZUTAXI, where giving a reference the taxi arrives at the place where you are. I think that it was a great idea for taxi drivers to have their own application.

Cuenca absorbs me, it attracts me, Cuenca calls me… but I didn’t have enough time to stay in this beautiful city, I needed to go to other places, El Cajas National Park is my next point to visit but  I will return and I will finish my pending stuff with Santa Ana de Los Rios de Cuenca. 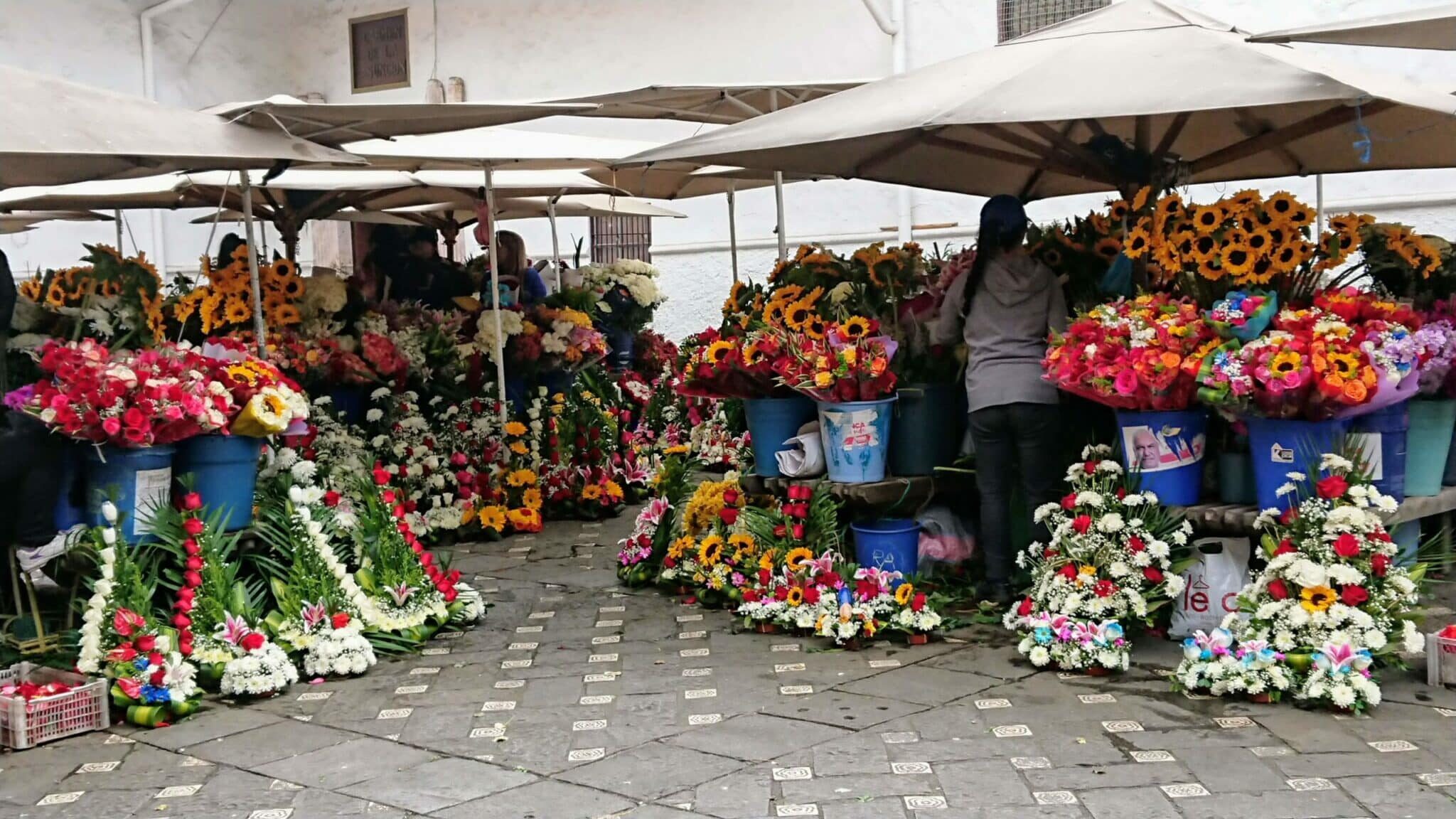