As for Florence, we reveal some curiosities, oddities, myths and legends about Arezzo. You are ready? 😝

If you look at the side of the church that extends from the square towards the park (the garden surrounding the Medici Fortress), you will notice a rather unusual side entrance … 🚪due to the fact that, after several battles, the city had fallen into a serious economic situation, due to which the church could not be finished, which is why this temporary entrance was built.

Also, if you take a closer look at the wall to the left of the door, you may still be able to trace the marks of a faint scar, indicating where the construction – initially left unfinished – was resumed during the 16th century.

Observing the left side of the Loggia della Pieve di Santa Maria you can see this crooked column.
Why does this lodge appear with this column with an obvious curve?

Tradition says that at the time of its construction this apse was so good that it touched perfection. Since perfection belongs only to God, it was decided to introduce an imperfection 😅. 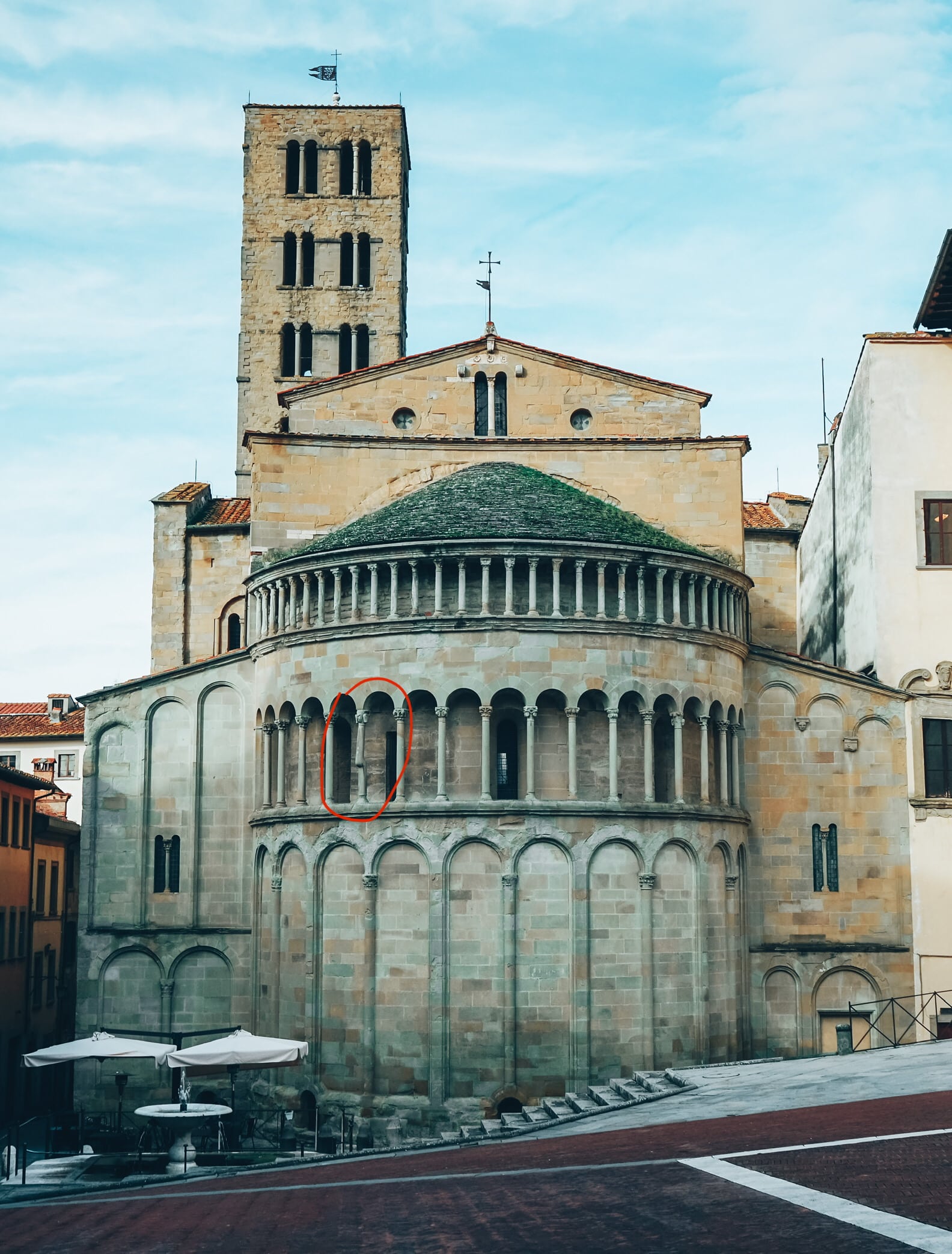 Works by Blob around the streets of Arezzo

From Dante to Leonardo, Mona Lisa, Salvador Dalì and Marilyn Monroe … a great idea, designed with a mask and mouthpiece with bubbles painted on the gas and light doors of Arezzo.

Nothing is known about him, only that he is Florentine, who has become popular in the world of the web. One thing is certain, it has the ability to make art accessible to everyone 🎨.

Arezzo among its treasures houses a rare European example of an astronomical clock of the sixteenth century still in operation and the only one in Italy in size 🕑.

This is the clock that was added to the building of the Fraternity of the Laity. In all probability, it is the last in the world still with manual winding. 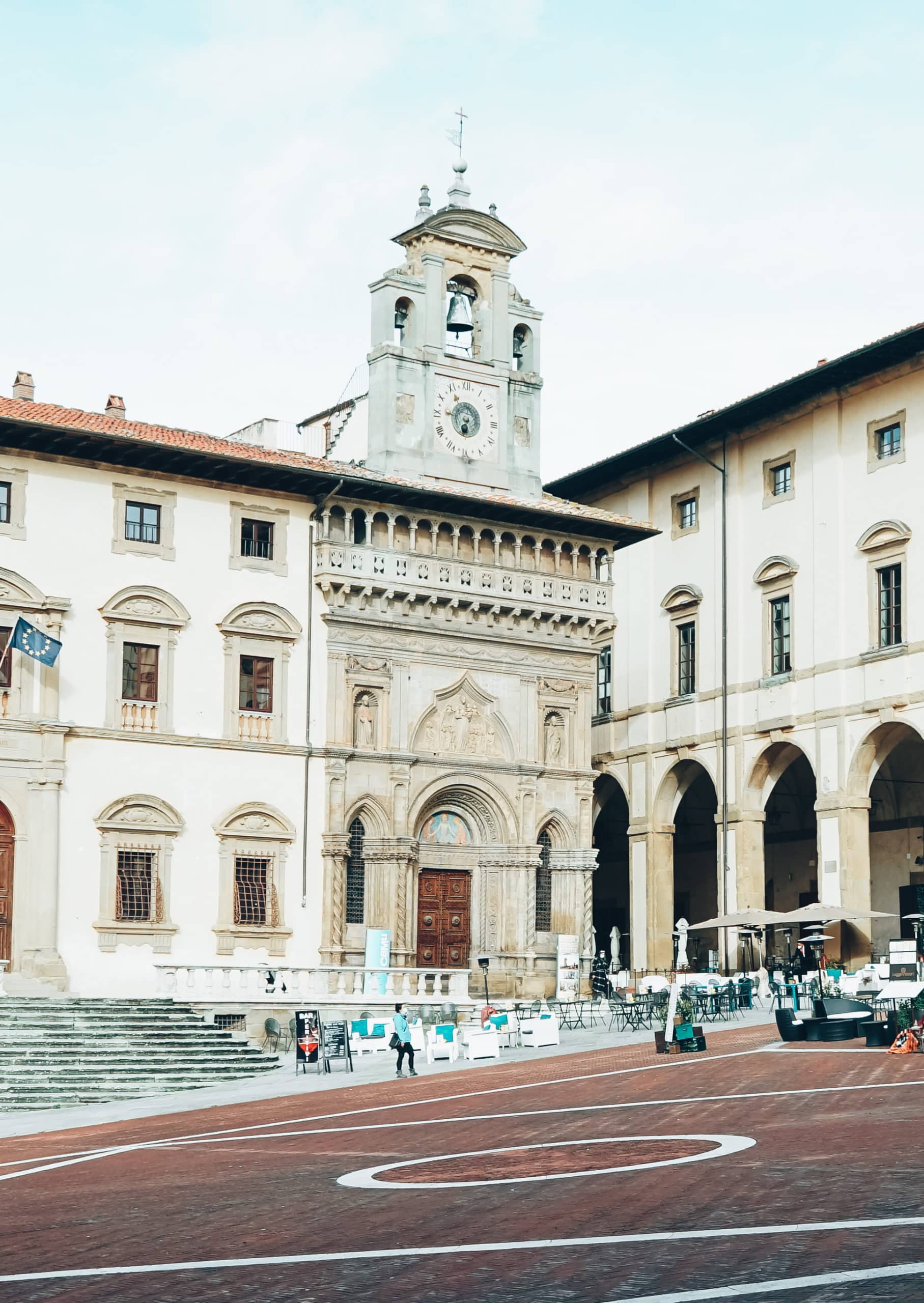 Set of “Life is Beautiful”

Life is truly beautiful in Arezzo and its surroundings.

Roberto Benigni, who shot “Life is beautiful” in the Piazza Grande, said this by shouting to the world of his happiness 📽. 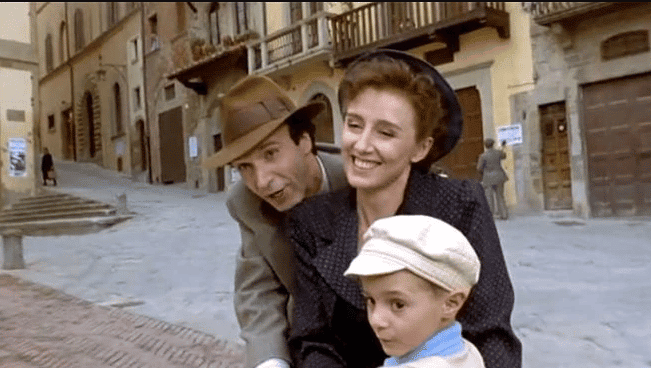 This is confirmed by the many films that have highlighted the beauty of the Tuscan countryside in the Arezzo area. As in “Under the Tuscan Sun” by Audrey Wells, “The Cyclone” and “A beautiful wife” by Roberto Benigni.

The myth and history of the Chimera of Arezzo

The Chimera of Arezzo 🦁 is one of the symbols of the city. Found near Porta San Lorentino in 1553, it was transferred to Florence at the behest of Cosimo I de ‘Medici who used to polish it. There are only copies left. Two on the sides of Piazza della Repubblica, in front of the station. Another is the entrance to Porta San Lorentino and another is located in Palazzo Cavallo, seat of the Municipality of Arezzo, one of the most photographed by tourists. 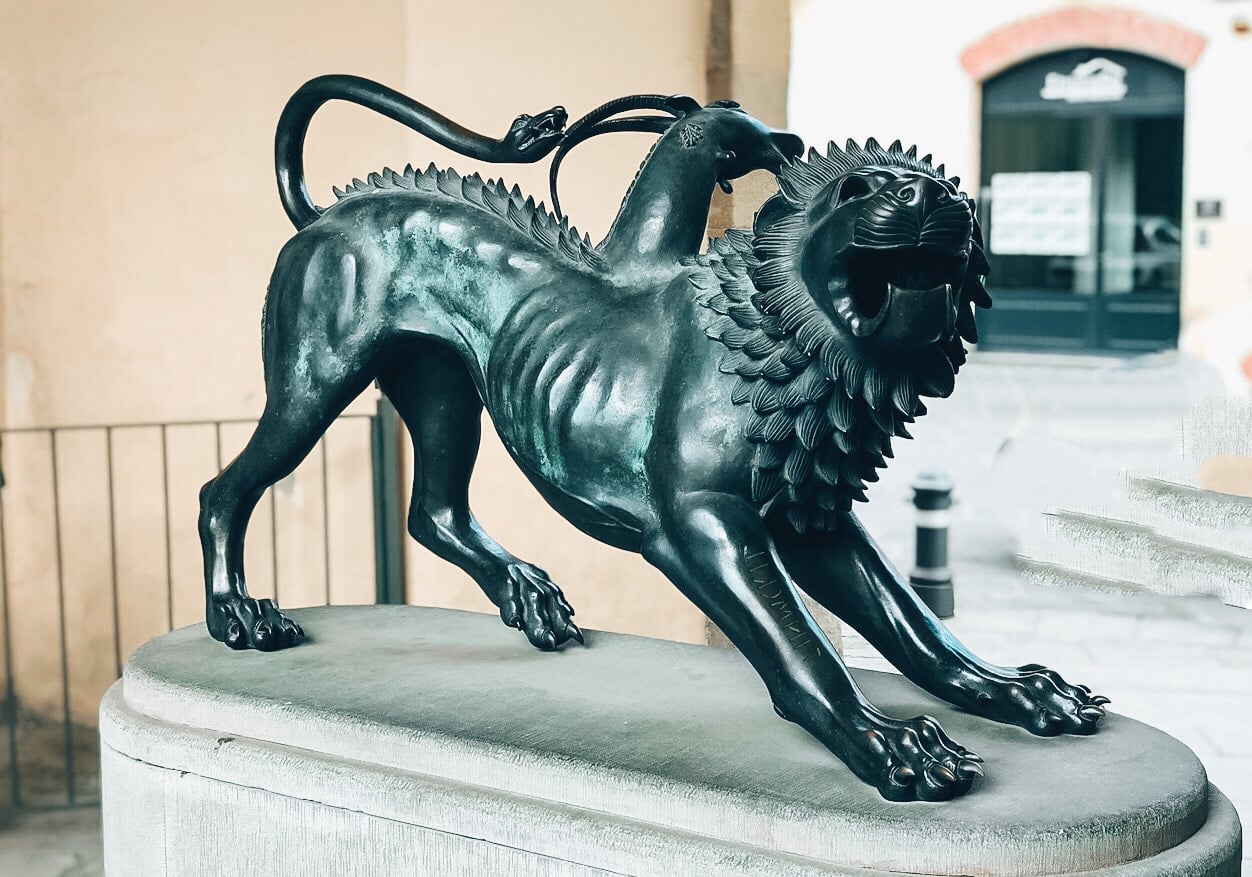 “The Iliad speaks of a monster of divine origin. “[…] Lion’s head, goat’s breast, and dragon’s tail; and from his mouth hideous flames vomited of fire”. According to the myth, the Chimera used to make raids in the kingdom of the king of Lycia Iobates. The sovereign then asked Bellerophon to kill her. The hero succeeded in the enterprise by using another animal symbol of Tuscany such as Pegasus, now in the emblem of the Region. Thanks to a golden bridle given to him by Athena, Bellerophon managed to steal the winged horse from Zeus. Thanks to Pegasus he approached the Chimera avoiding the flames of its jaws and throwing a lead spear into its mouth choked it. The flames in fact melted the metal and the Chimera was thus defeated.

A few kilometers from Arezzo is Ponte Buriano 🌉, the Romanesque bridge taken up by Leonardo as a backdrop for the famous Monnalisa and the Madonna dei fusi.
That small bridge, part of that controversial landscape behind the Monnalisa, is Ponte Buriano for us. Monna Lisa is from Tuscany ‼ 😡

That’s all! Now you know Arezzo better, even its secrets! 🤗