Located along the southwest of Sri Lanka’s scenic coastline, the historic city of Galle is one of the country’s most popular travel destinations. It’s a straight shot down from Colombo to Galle on the highway, making this one of the easiest cities to reach, perfect for either the first or last stop on your Sri Lanka itinerary. 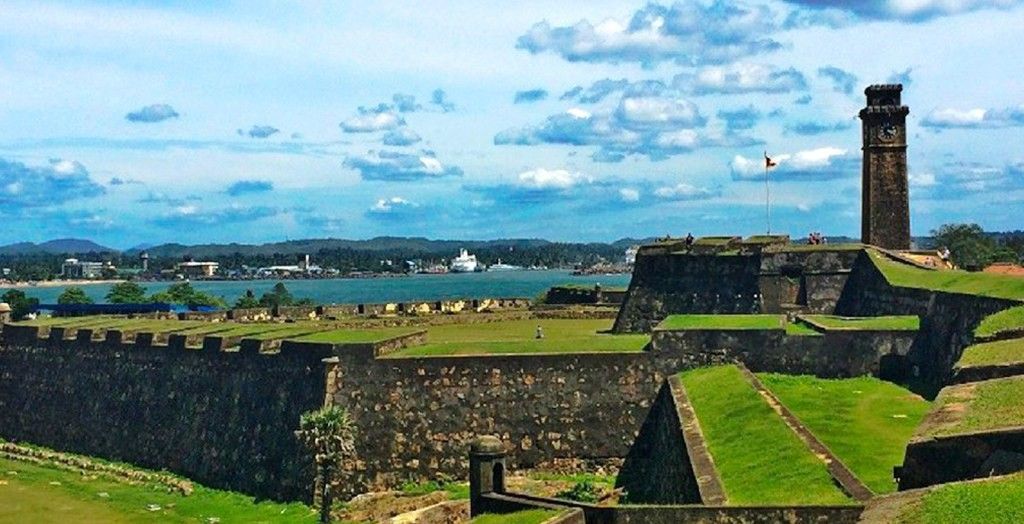 The city feels very unique compared to other Sri Lankan cities due to its history of occupation by the Portuguese, Dutch, and British.  This is reflected in the blend of architectural styles, and the maze of cobbled lanes that wind throughout the inner fort area. Galle is actually the largest fortress left in Asia that was built by European colonists.

It’s hard to tell who to credit with the architectural achievement of Galle. The Portuguese built this fortified coastal city in the sixteenth century. Then the Dutch went through 100 years enlarging the ramparts before the British added towers, a lighthouse, and more gates. Perhaps the hats really come off to its current custodians, Sri Lanka’s Department of Archaeology, who have sensitively restored Galle while encouraging a community of artisanal boutiques, cafés, and B&Bs. The modern city has now burst its walls, spreading along the coast and into the hills inland. 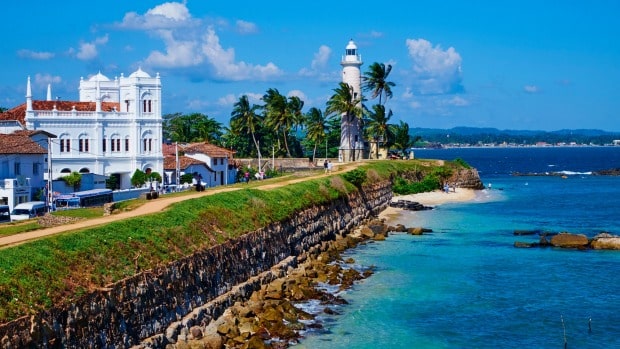 Galle’s most significant draw remains the Galle Fort, an imposing structure located in the older part of the city, which has also been inscribed as a World Heritage Site by UNESCO. The fort is throbbing with activity in itself, with a church, a mosque, a court, several offices, and hotels within the premises of the fort.

Some of the other important tourist attractions in Galle include the natural harbor, the National Maritime Museum, Amangalla – the historic luxury hotel and various temples and mosques in the city.

How to get to Galle

The most scenic way to get from Colombo to Galle is via train, which runs the majority of the journey along with the coastline. The Colombo Fort to Galle train departs 10 times a day, with the earliest departure at 6:50 am and the final departure at 19:30. It takes around 2.5 to 3.5 hours. I recommend traveling outside of peak hours to avoid packed trains and an uncomfortable journey

If you prefer your creature comforts (air-conditioned), there’s a direct bus from Colombo Fort bus station to Galle, which follows the newly completed inland highway. You are guaranteed a seat, and the air-conditioning is a welcome relief in Sri Lanka.

If you are on a very tight budget, it’s also possible to take the local bus from Colombo to Galle, however, I don’t recommend this option due to the exceedingly long and tedious journey.

With its number of complex weather fronts, Sri Lankan weather is notoriously unpredictable. I suggest discussing the time you would like to travel with one of our Sri Lanka specialists. Generally, the best time to travel to Galle is from December to March, when it’s warm and dry.

Furthermore, I have to remind you that Galle experiences the southwestern monsoon season from May to October, and rainfall tends to be the heaviest between these months. Nonetheless, don’t let the stormy season stop you from visiting southern Sri Lanka – the rain tends to come in heavy spurts with periods of sunshine. The advantage of visiting from May to October is that the crowds are far thinner and you may score a better price at one of the boutique hotels within the Galle Dutch Fort. 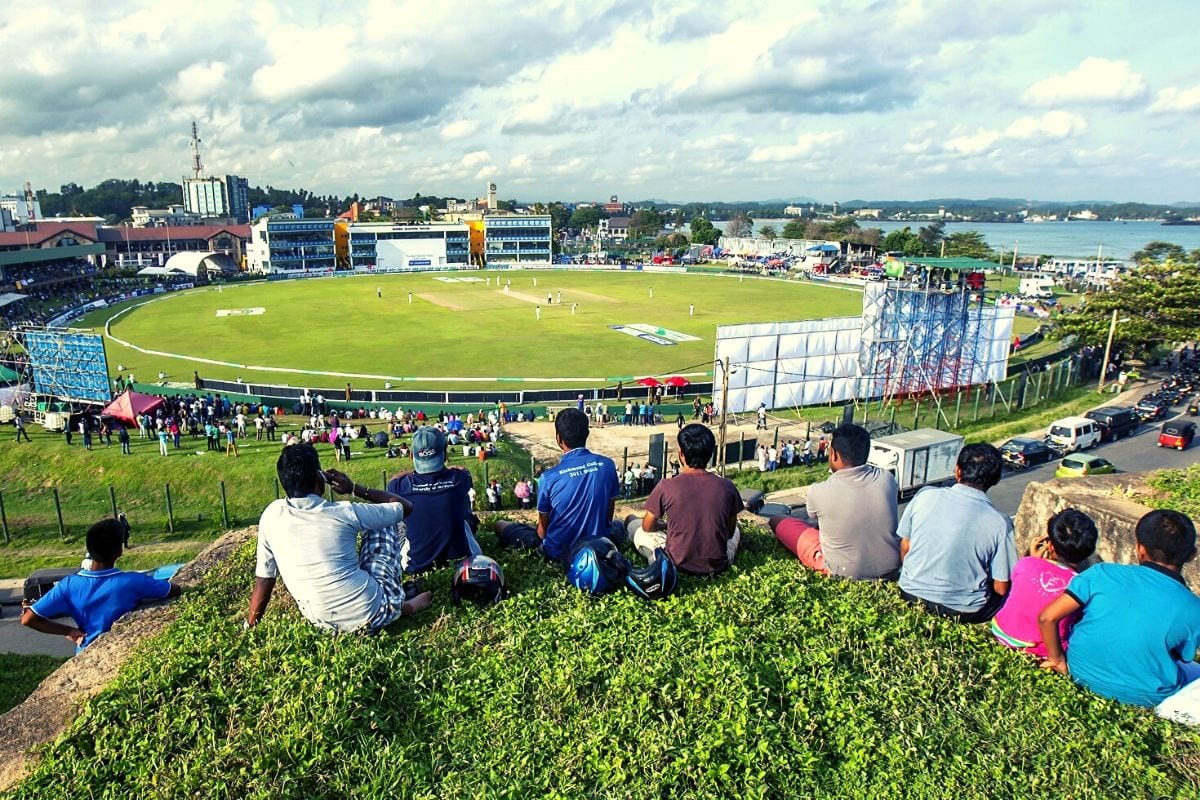 Here is a mini list of the things that will be particularly useful in Galle, where it’s incredibly humid. Here are some things you might forget to pack and that will be difficult for you to find in Sri Lanka:

Bug spray – You need bug spray in Sri Lanka and it is especially useful after sunset in Galle.

Filter water bottle – The water is unsafe to drink in Sri Lanka. To avoid buying and wasting excessive plastic bottles, use a filter bottle like min. You can read my full review here.

I’d recommend staying at least two nights to get a good feel of the historic area and the daily life which still operates within it, before moving onto the southern beaches, although however long you stay, you’ll have no trouble enjoying all the wonderful places to visit in Galle.

I’ll share the best things to do in Galle on my next blog because it’s an awesome location which we couldn’t conclude its beauty within just one article. 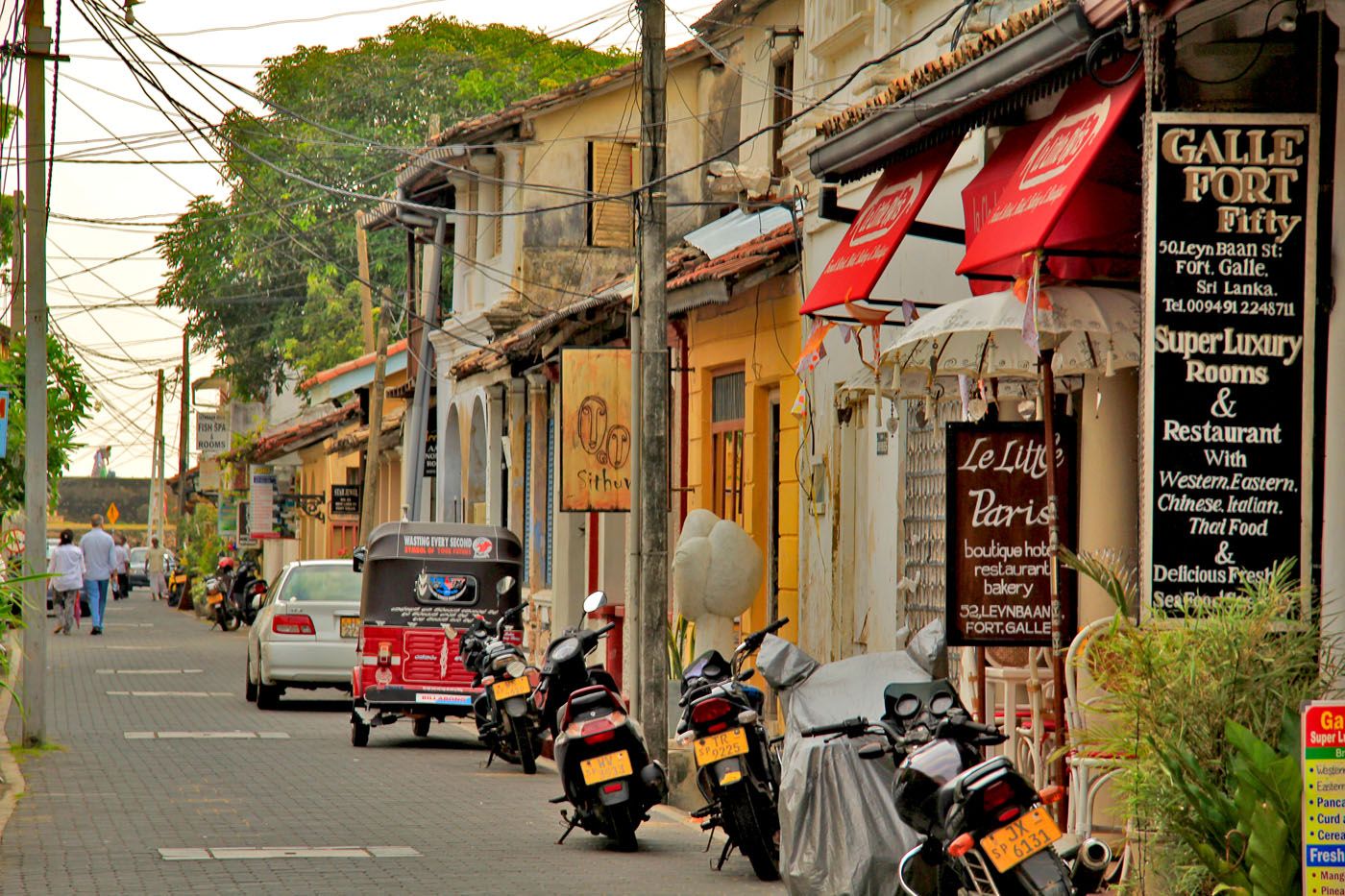