My previous article was about the unique Carnival in Rio.

What is a Favela?

Although many Favelas have been pacified and are under the control of special peace police called UPP —  these areas should be considered with caution from tourists. They are still a place of drugs, crime, and violence. If you are not familiar with their fragile system, you can maneuver yourself easily into a dangerous situation.

However this does not mean that all people in a Favela are criminals — it is actually the opposite. They are poor but honest people who try to survive with a great spirit. A Favela is nothing else than a consolidated functional and innovative community full of life and cultural activities. You could basically call them small, independent cities within a city. Some of Brazil’s most famous contributions to the world are originated in Favelas — like Samba, Capoeira, Funk plus some world-famous football players. 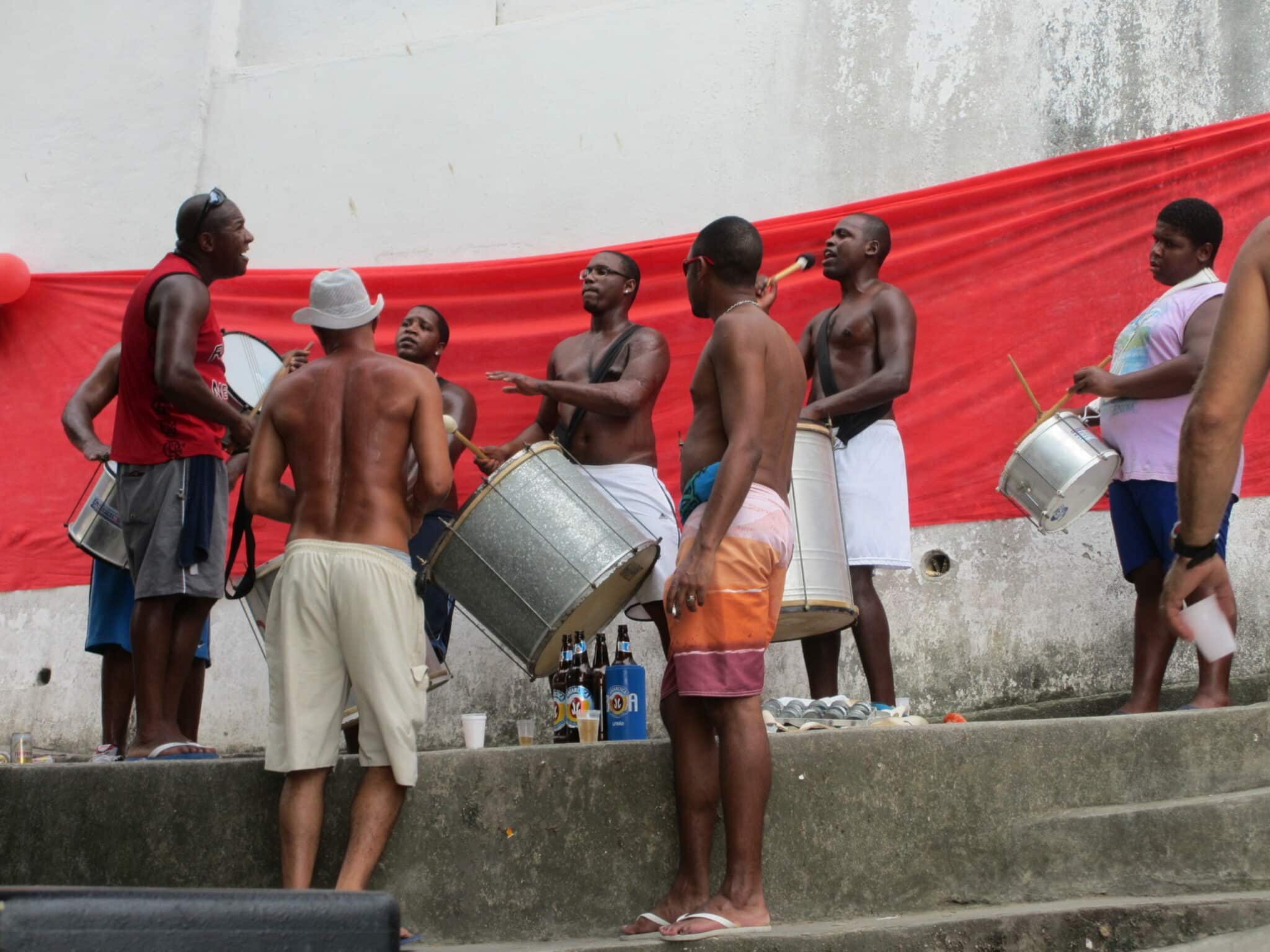 They have their own rules and follow their own system. It´s quite interesting how these networks are functioning and how some of the drug lords are considered as local “Robin Hoods” within their community. If you like to get a deeper insight into the organization of a Favela I can highly recommend the book “Nemesis” by Misha Glenny based on the real-life story of one of Rio´s most notorious drug lords. 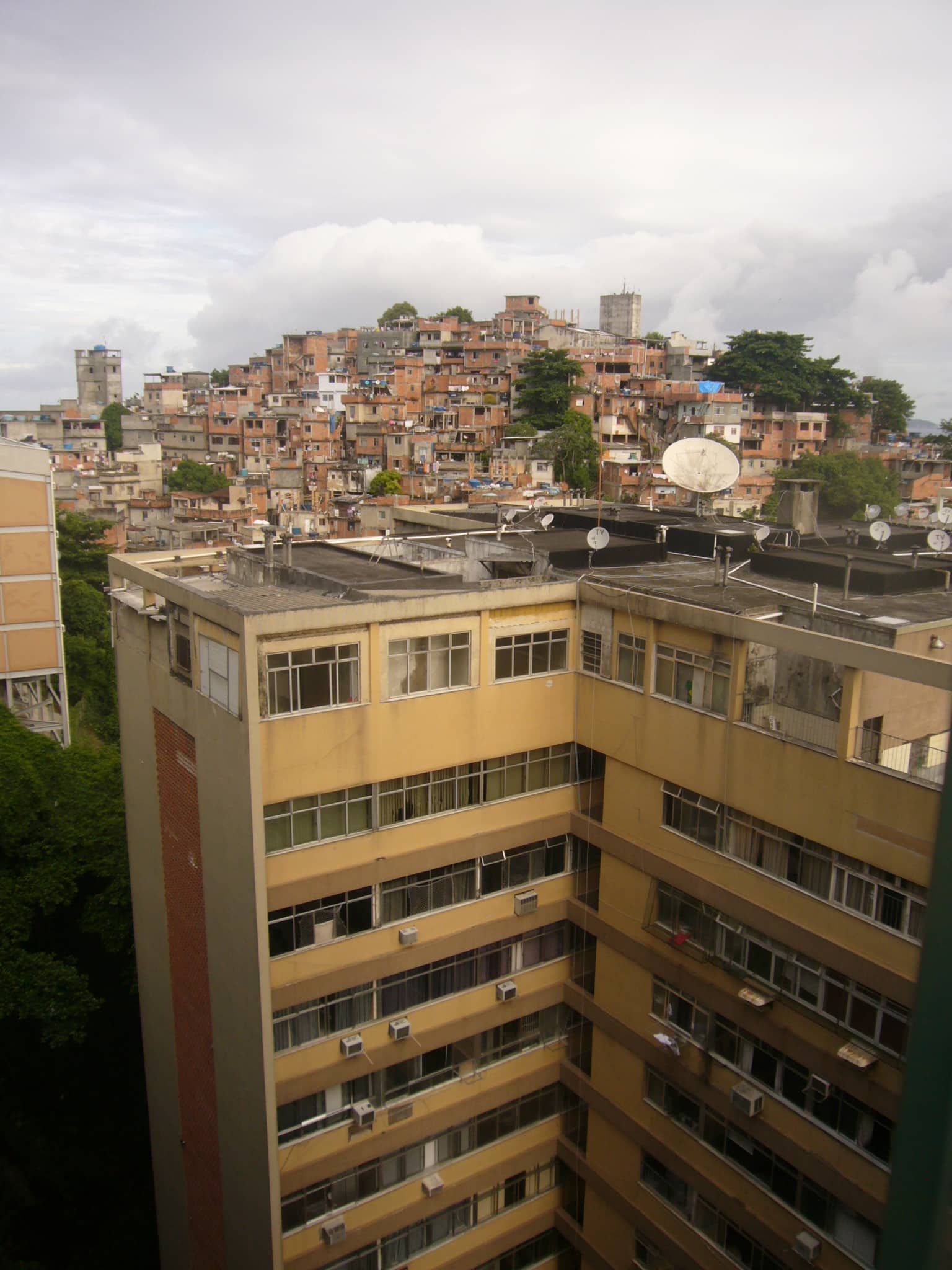 How is it inside a Favela?

Let´s come now to my personal experience with the Favelas. I have been a couple of times in some of them. I felt always very welcomed and had some of my greatest food experiences there. However, I would never have done this alone — only together with local people, who are familiar with the area. If you know a local and get an invitation to visit, I would highly suggest doing so, as this visit will for sure surprise you in many ways.

Nowadays there are also tour operators offering Favela Tours — but to be honest I am very critical towards this kind of program. Tourist groups often have a lack of understanding for the social circumstances. They just come to satisfy their curiosity and to tick their must-do list. At home, the Favela pictures should be the proof of the daredevil in them.

Can I stay in a Favela?

For an authentic experience you can stay in a Favela Guest House, but once again be careful with that. You should get as much information as you can and not just blindly book a place. I can recommend you here one guest house (Cantinho Alegre na Favela) from a good friend of mine, who is also a dancing teacher, Luiz Henrique de Paula. If you are interested reach out to me.

How about restaurants and bars?

Some real nice bars and restaurants have popped up lately in Favelas — usually, they are safe to go, but check with somebody who knows the actual situation in that Favela at the time of your visit.

Especially one Favela bar made it into international magazines and tour guides — Bar do David, owned by a former fisherman in the Chapeau Mangueira Comunidade behind Leme (end of Copacabana). He even got some awards.  The food is simple, but delicious, try the Feijoada (a traditional stew of beans with beef and pork). Best to go there directly by taxi. 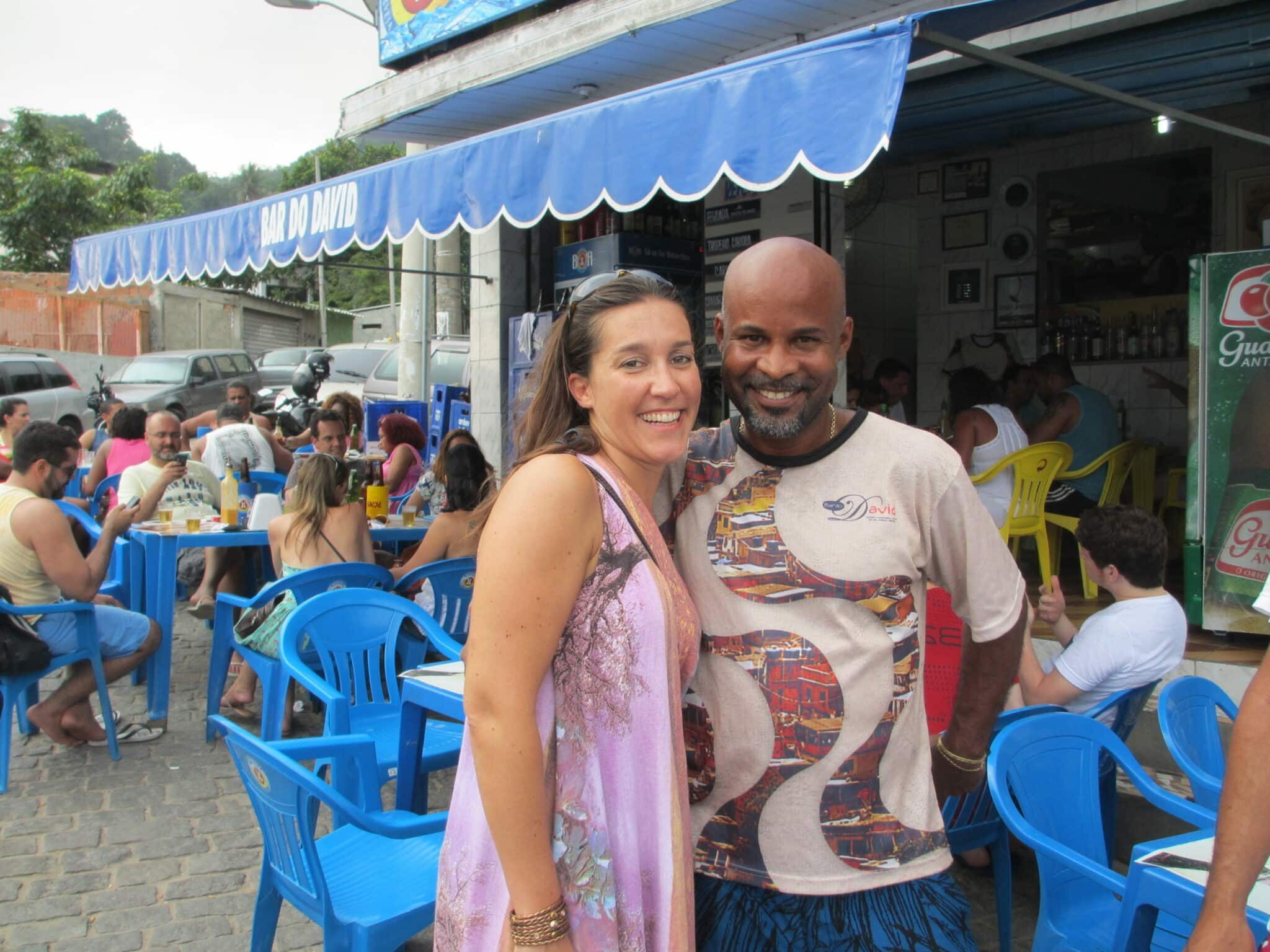 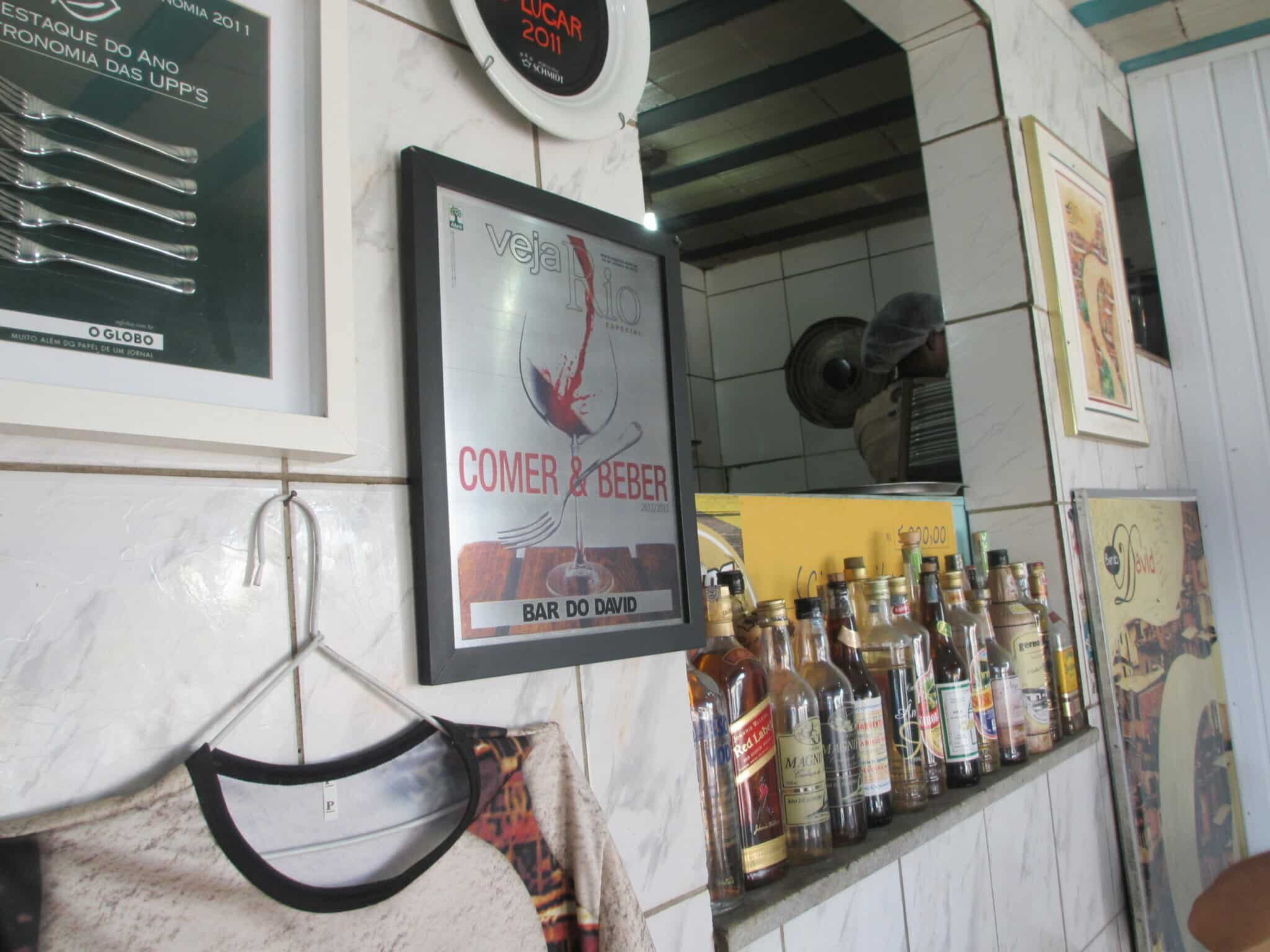 Further, a super nice place that became a real icon is THE MAZE in the Comunidade of Tavares Bastos behind Catete. The adventure already starts in the approach as the place is quite high up on the hill. At the entrance street to the Comunidade, you can choose a van or the motorcycle guys who will bring you up. If you come by taxi, the driver can also bring you up if he is willing to do so. The last 5 minutes however you have to do on foot through the narrow alleys. The Maze which is also a guesthouse became quite famous and is organizing regular Jazz Nights. The view from the terrace over the bay to Niteroi is amazing. Unfortunately due to some legal dispute, the venue got closed down some time ago. However, the owners are very keen to get the issues solved and to re-open soon, also with the help of a fundraising campaign. For the latest update on their progress check out their Facebook site. 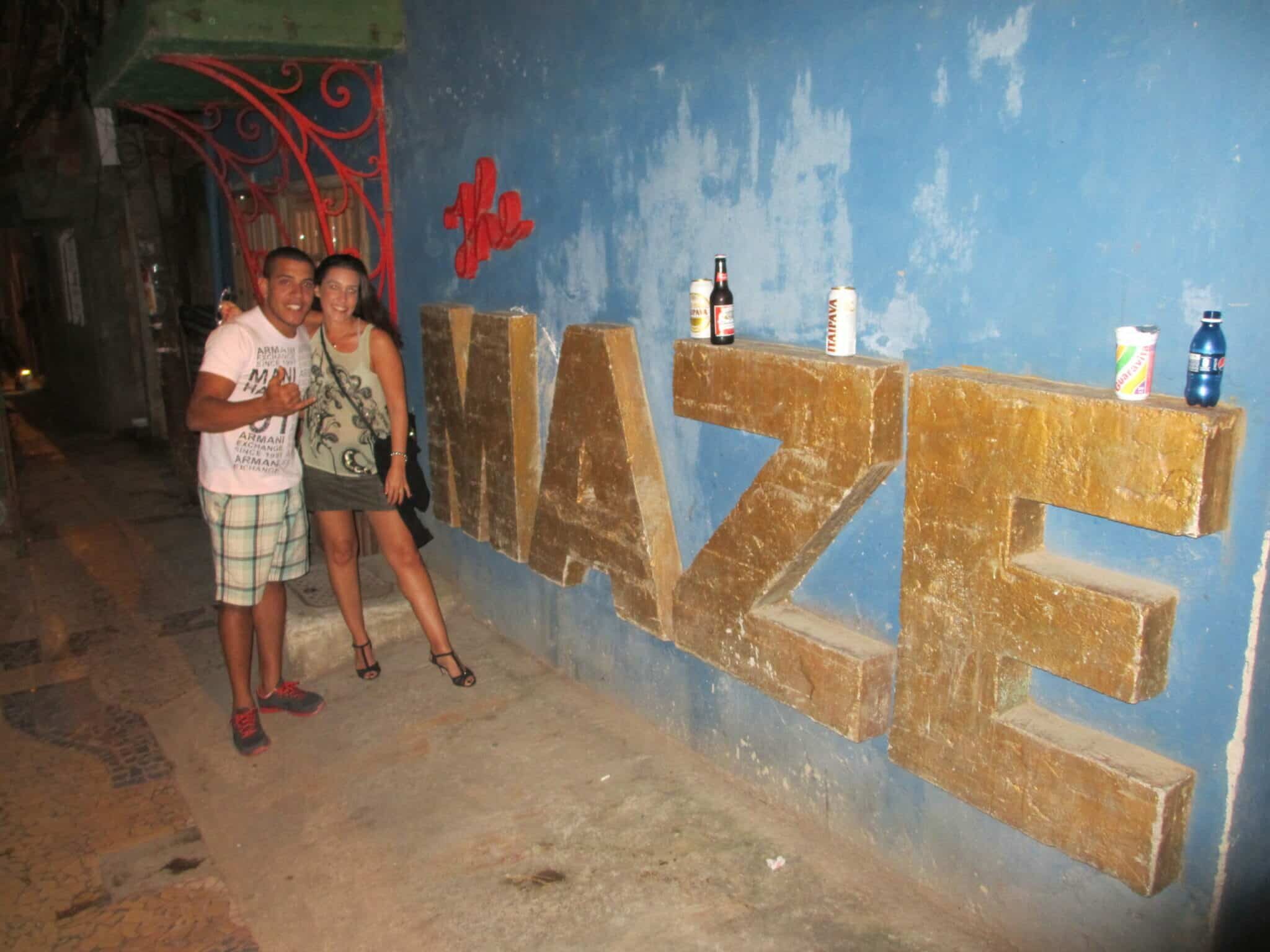 Another pacified Comunidade and for sure the one with the best views is Alto Vidigal behind Leblon. It´s home to the funky Alto Vidigal Hostel & Bar, see their website for very popular events.

What about the Samba?

Favelas are the birthplace of Samba music and some of them home to the most famous Samba schools in town.

A great place to experience live Samba music is the Samba schools themselves. Especially in the period from August until Carnival in February/March. Many of their practice sessions and rehearsals are open to the public. The vibes and emotions on these happenings are simply contagious and eclectic. It was here in one of these Samba schools, where I fell in love with this city and its people.

Most of the Samba dancers live in a Favela. The engagement in a samba school takes a central occupation in their daily life. They put all their love and passion into this task. It is the ultimate dream of so many girls to become one day the Samba Queen of their school. 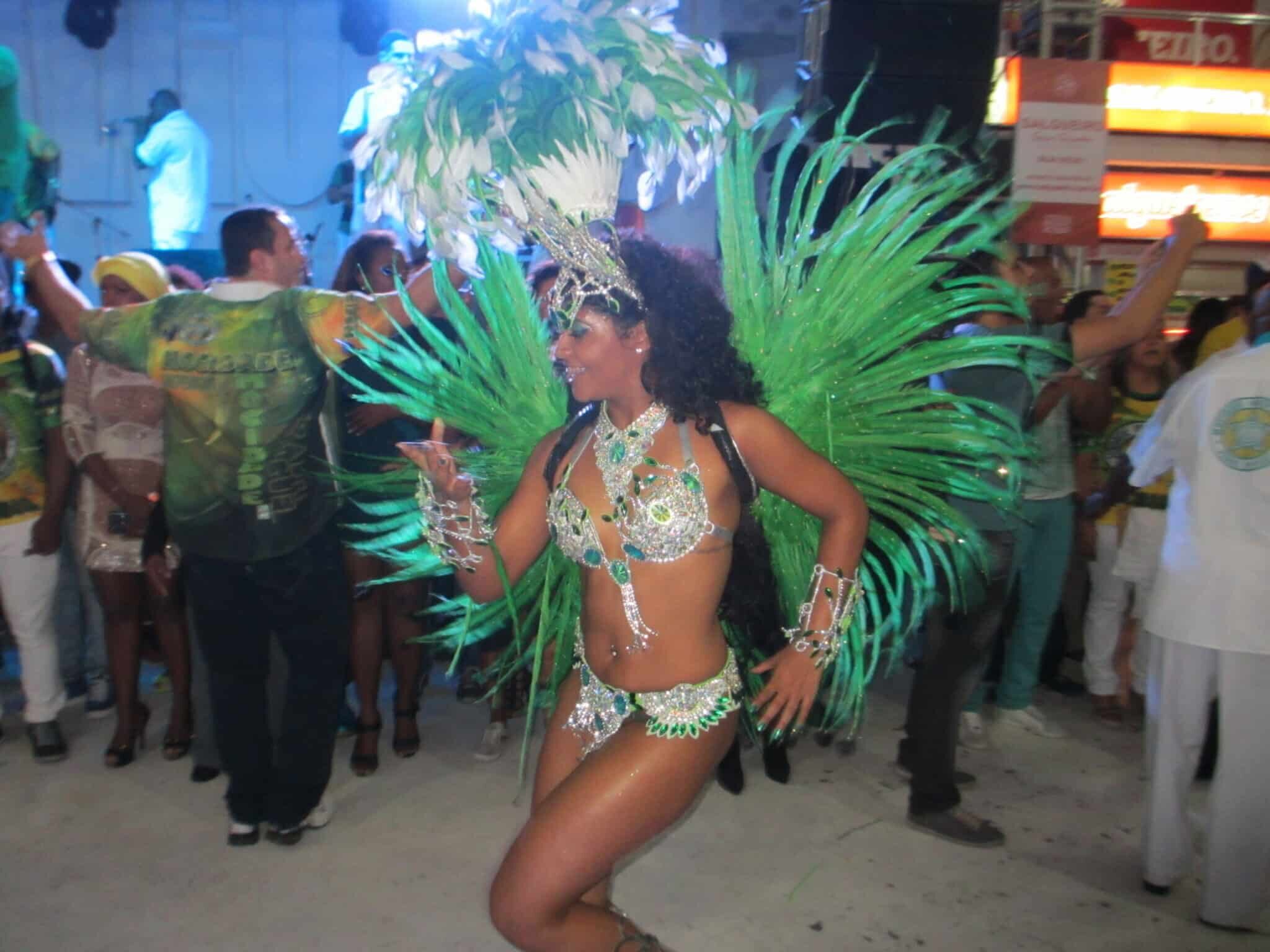 Visitors are welcomed in many schools. The locals are proud that foreigners are interested to come. However, still be aware that most of the Samba schools are either inside or at the edge of a Comunidade —  the best would be to visit with local people or an organized tour. Do NOT bring any valuables with you. If you follow that rule you can expect an amazing experience. Even if the Favelas around are problematic the local people are usually not bringing that trouble into their samba school, as they are the pride of each Comunidade. I can highly recommend a visit to either Mangueira or Salgueiro. 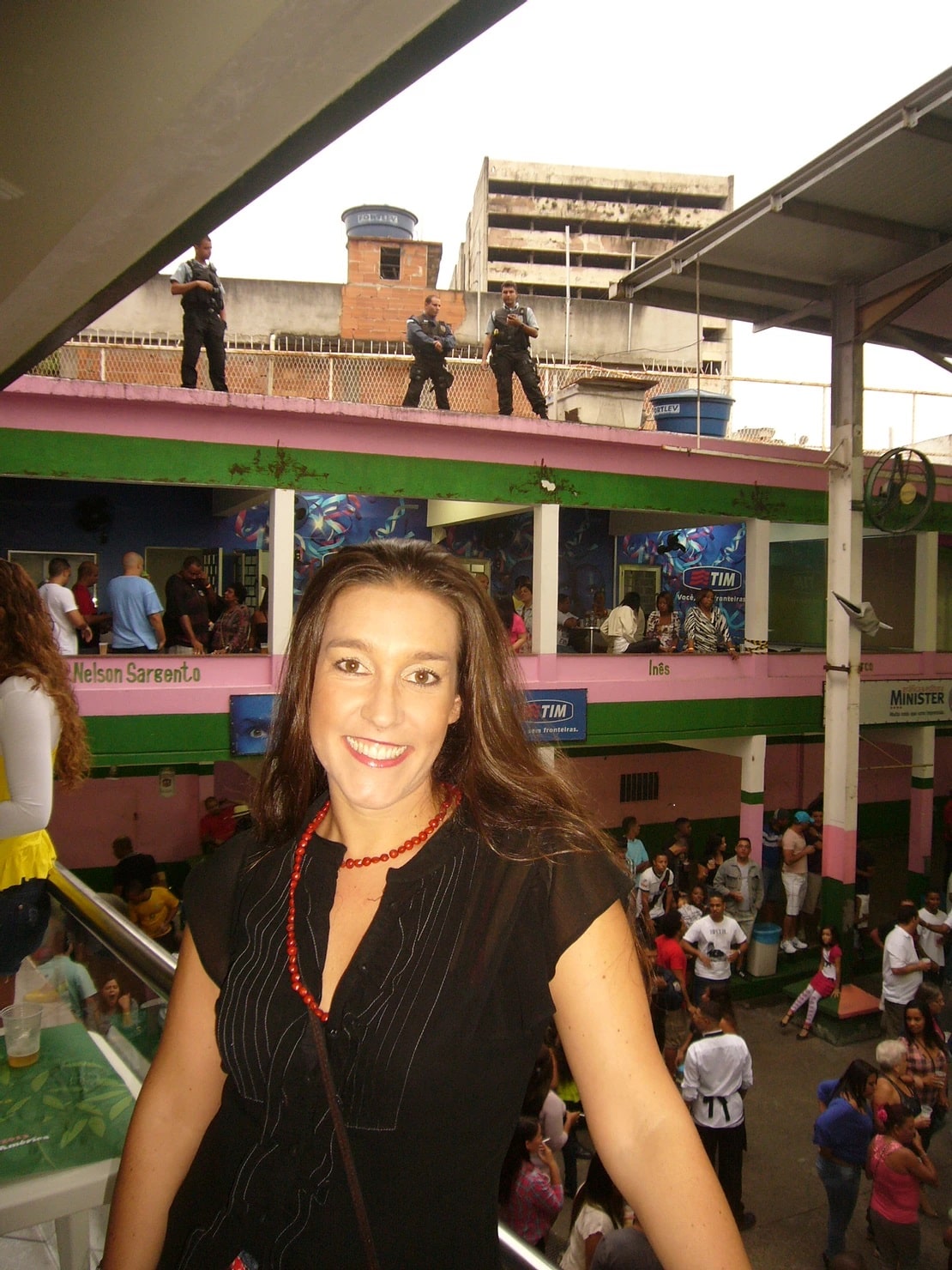 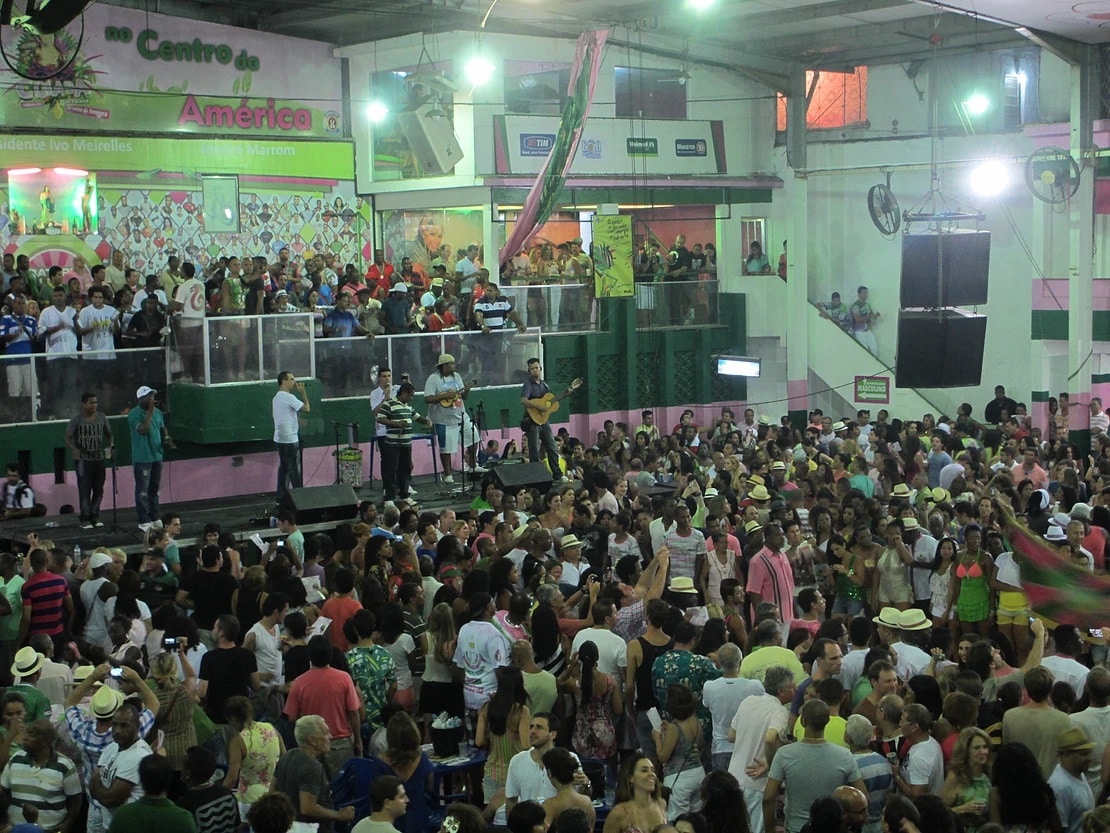 In a conclusion, I would say that the Favelas are complex, but very interesting structures and basically the pulsing heart of Rio de Janeiro. With the necessary precaution, a visit to specific areas is a very rewarding experience for every traveler.