He joined the Pueblos Mágicos program in 2002, Anniversary of the Foundation of the City is celebrated on September 28.

Pátzcuaro was one of the first cities founded by the Purépecha, also known as Tarascos, around 1300.

It belongs to one of the main municipalities of the state of Michoacán.

If you visit the state of Michoacán, you should make sure to visit one of its most emblematic villages, where the famous “Day of the Dead” tradition is celebrated.

Let’s start, as usual, I’ll give you an introduction to the places I went, as a fan of these wonderful constructions. 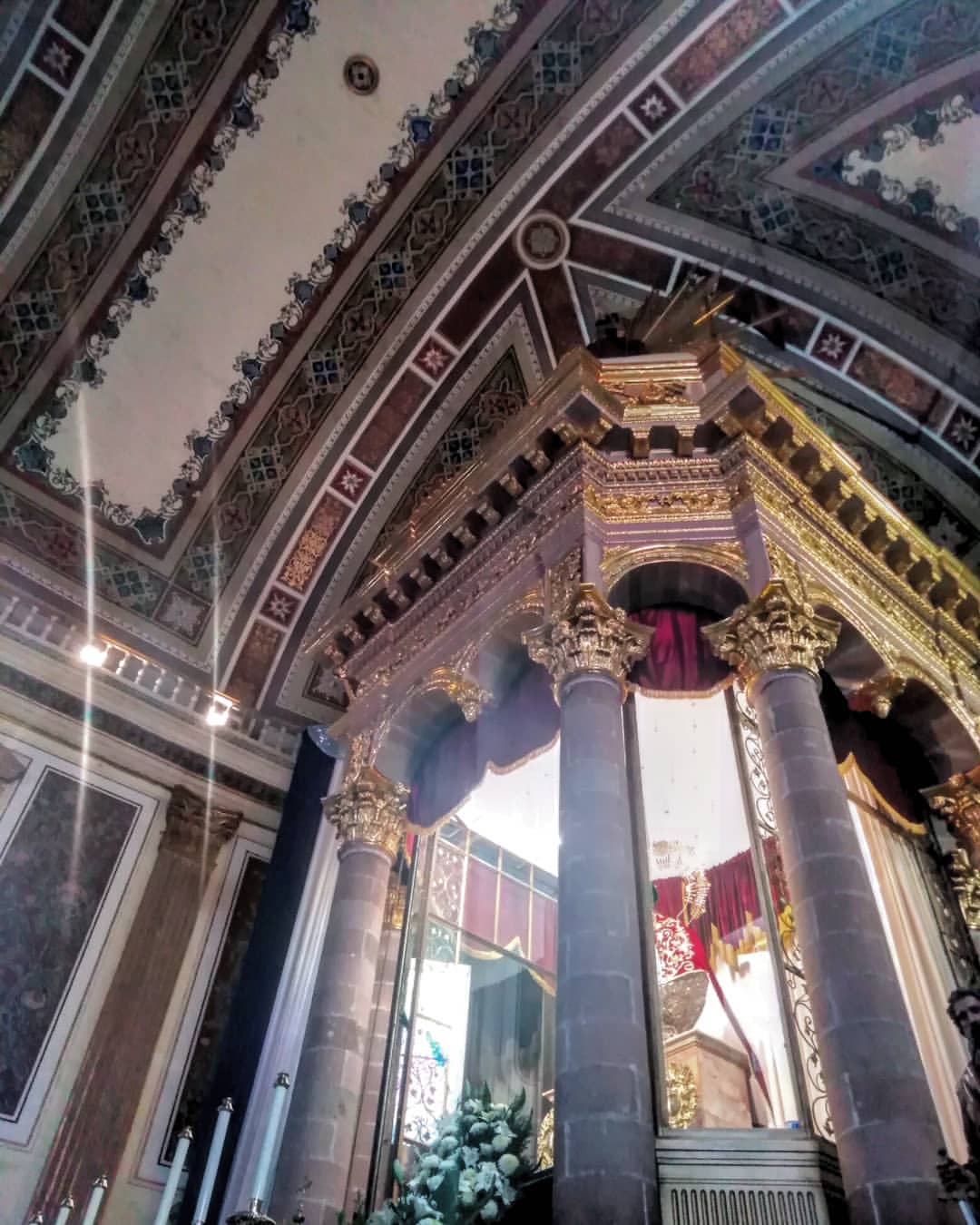 Basilica of Our Lady of Health is considered the most important temple of Pátzcuaro, pays tribute to the patron saint of the region “Virgin of Health”. 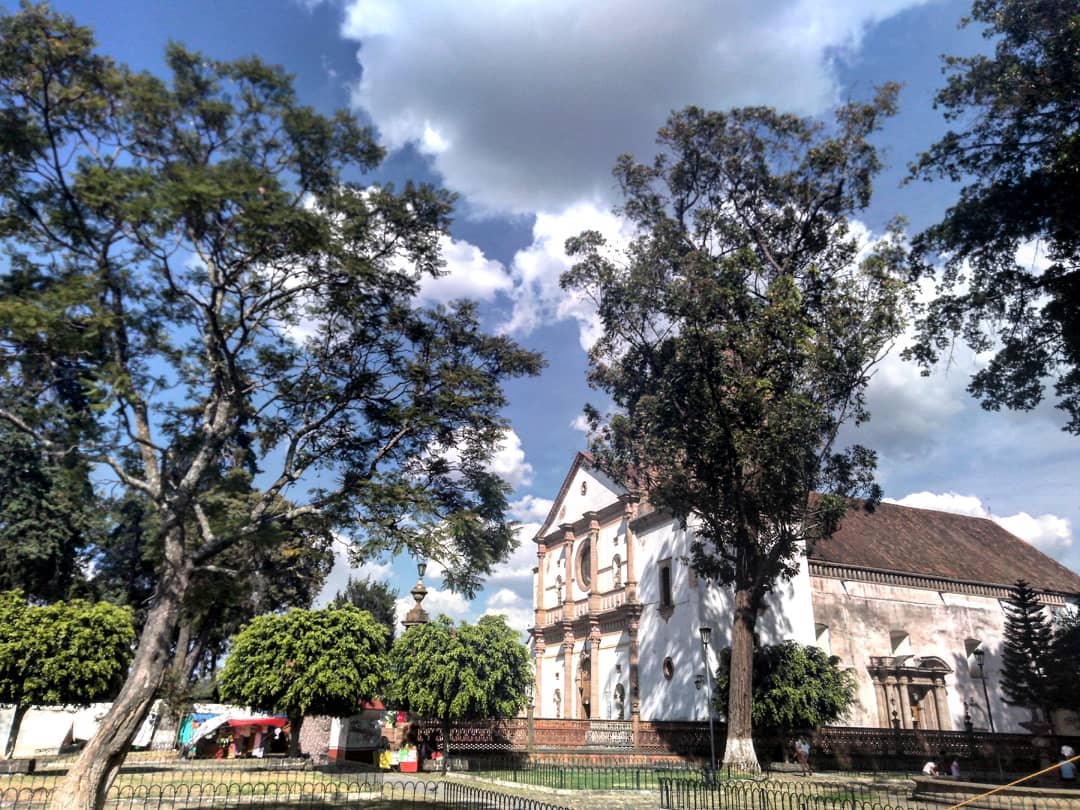 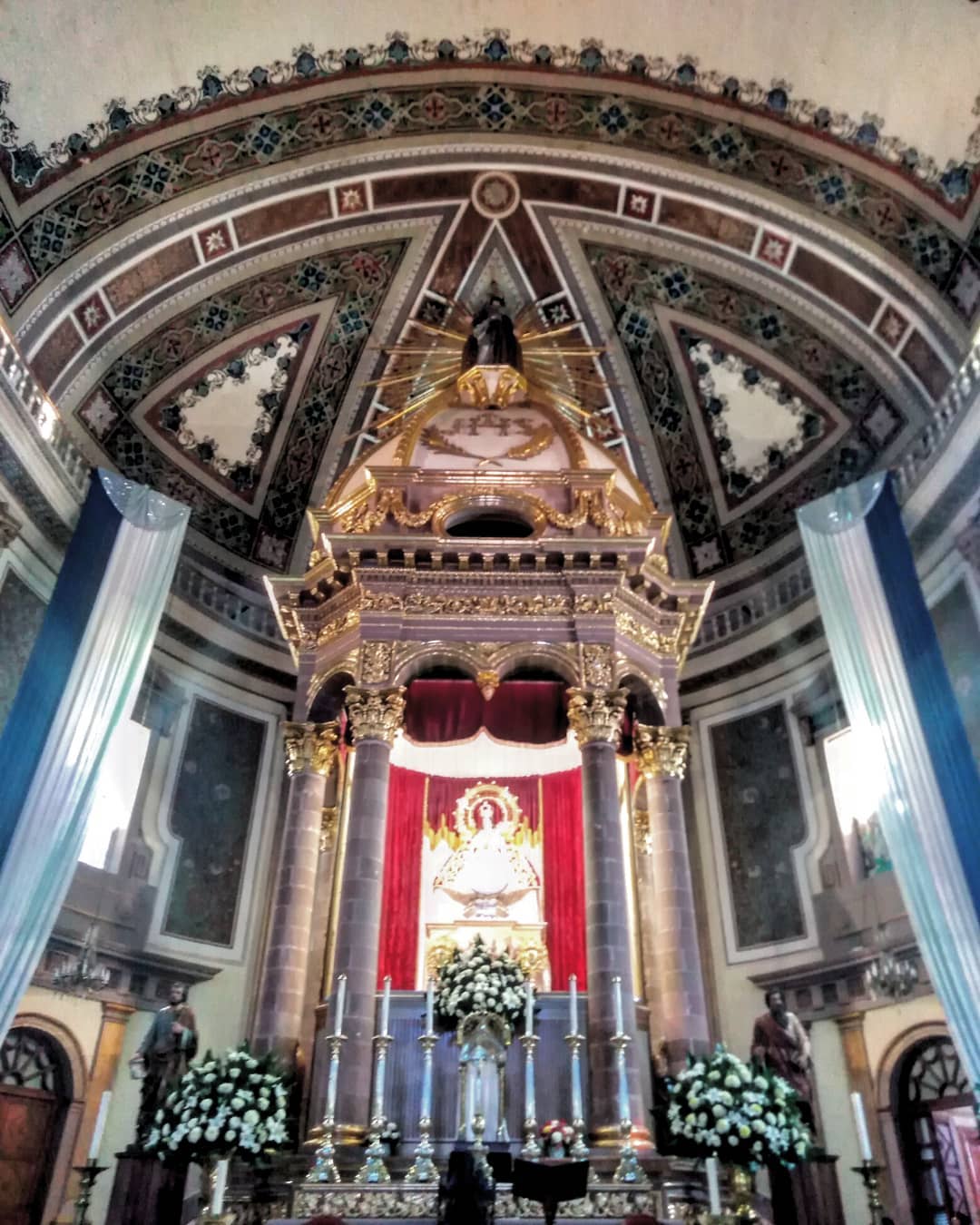 It was built on a Purépecha pyramid, on January 23, 1923. It was ordered to be built by the first Bishop of Michoacán, Don Vasco de Quiroga, its facade has a simple appearance and few ornamental elements. 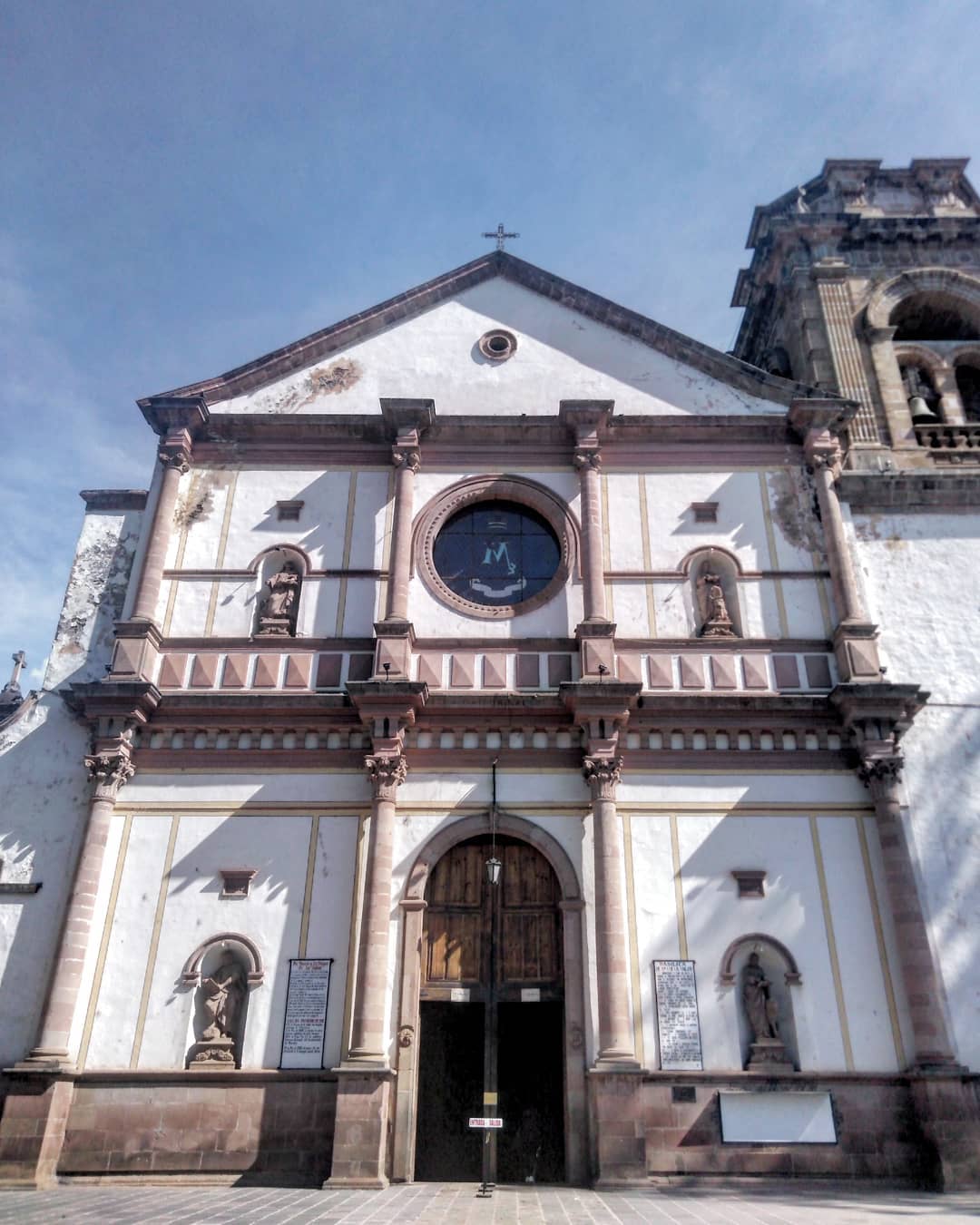 Inside is the Virgen de la Salud, patron saint of the region. 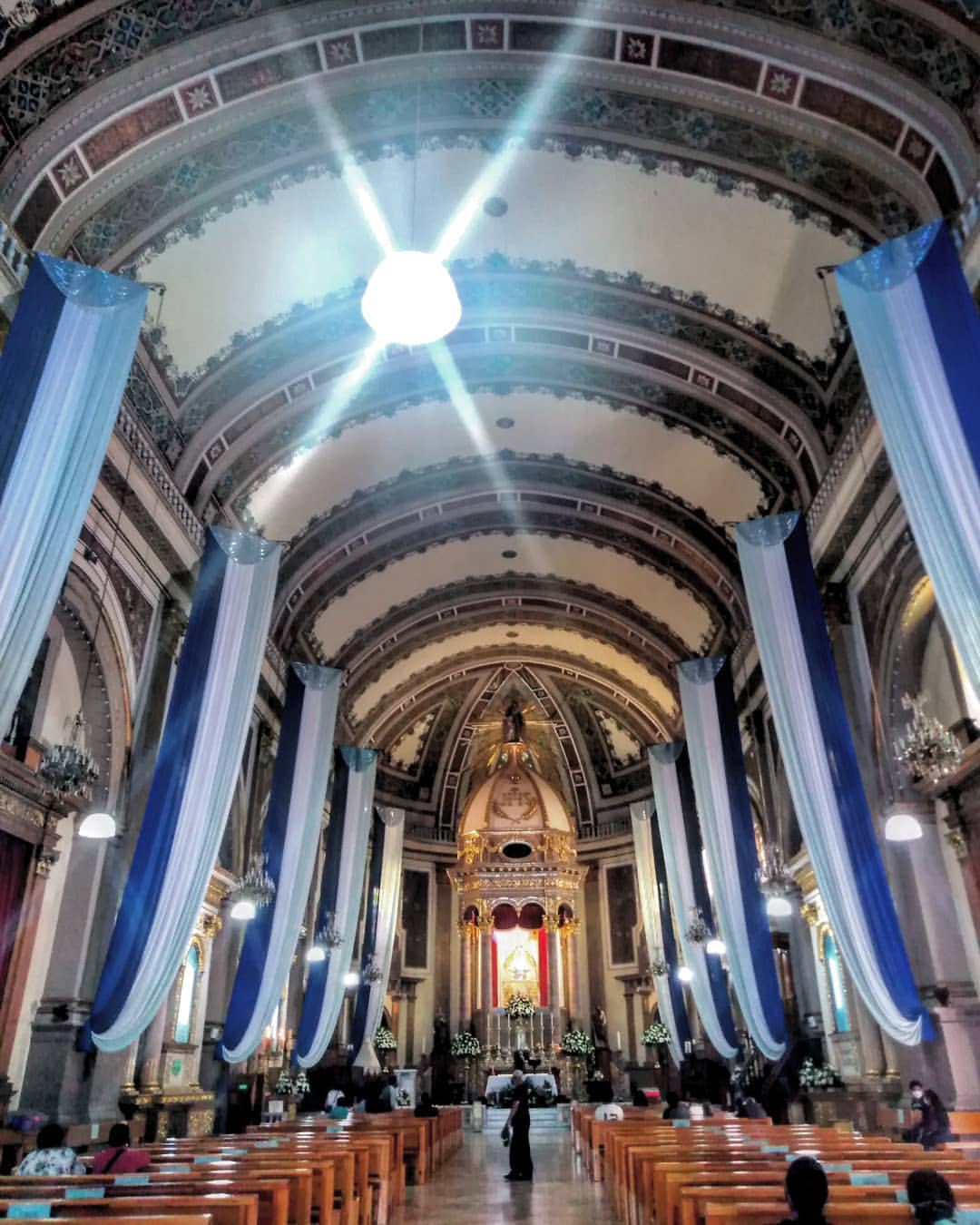 The figure is modeled in corn cane paste dating from the sixteenth century, many patients begin this place health, currently, the remains of Don Vasco Quiroga lie in this place.

Although its facade is simple, some details of the interior are really beautiful and you can notice them up close.

Build in 1576, the famous mural by Juan O’Gorman shows the keys of Purépecha history, of the conquerors, friars, and the figure of Vasco de Quiroga.

Unfortunately for the contingency, we could not enter, most of the places were closed. 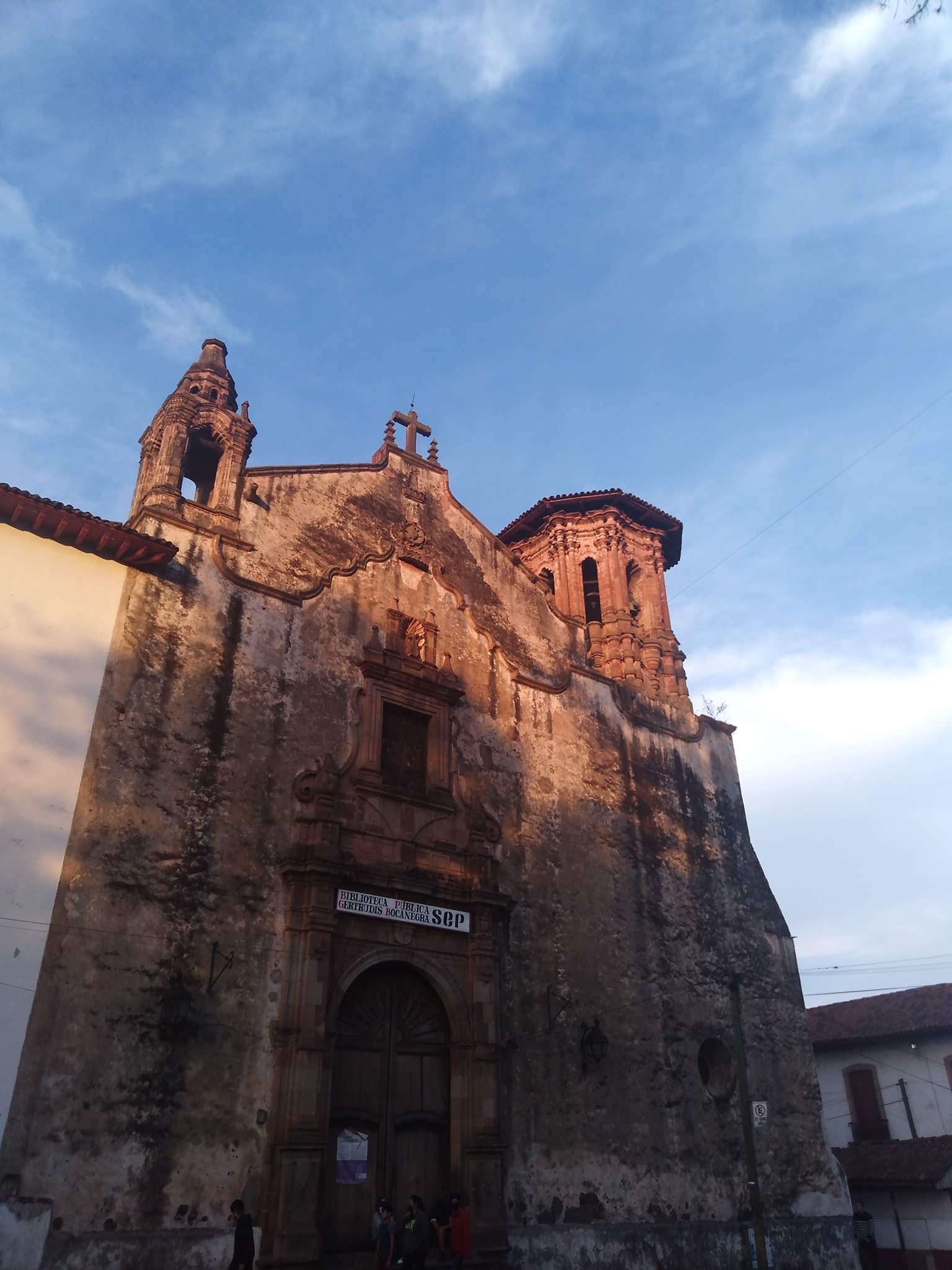 It is also known for being the Gertrudis Bocanegra Public Library, by order of former president Lázaro Cárdenas was named the Pátzcuaro Main Library. 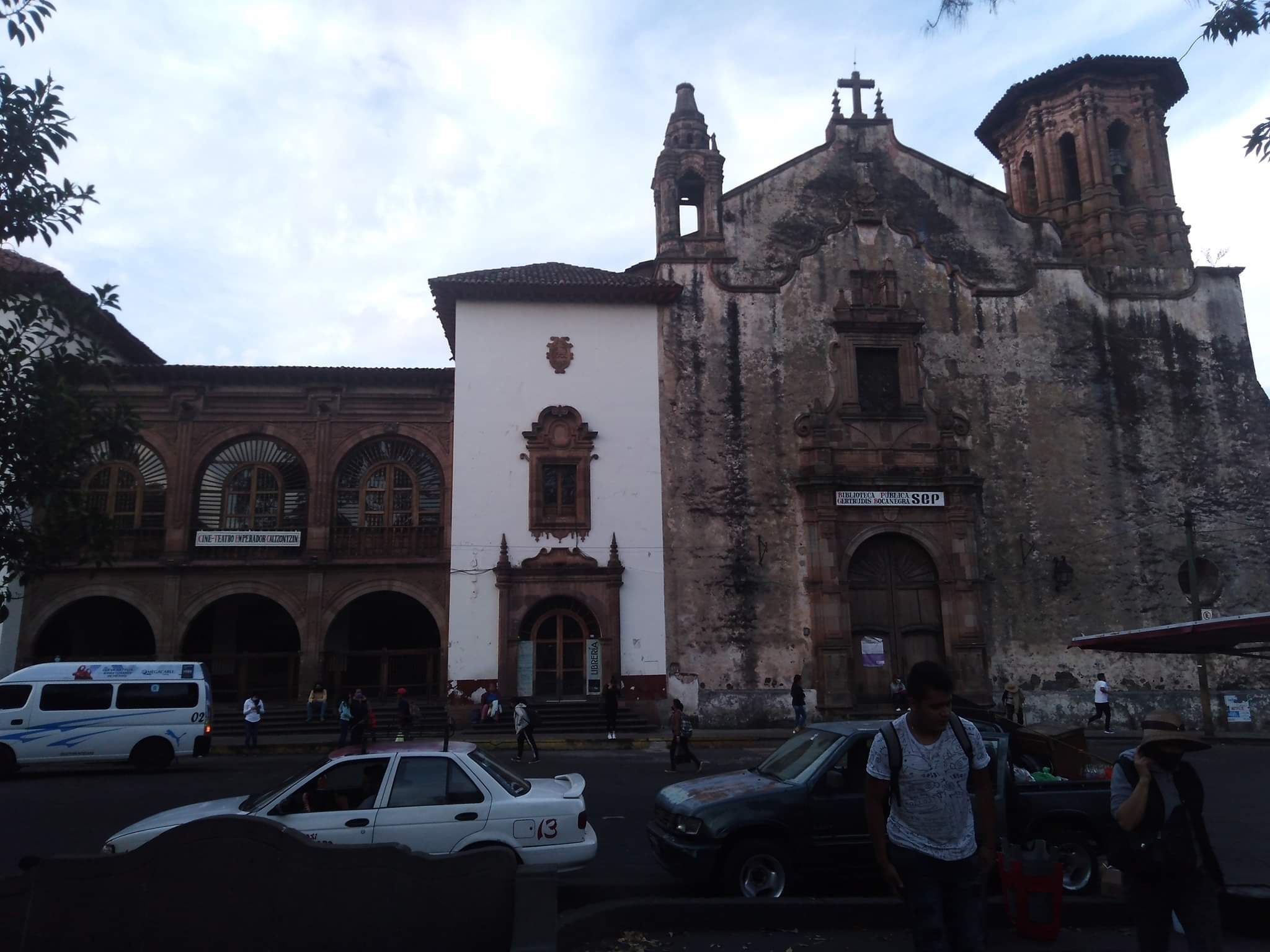 On the same side is also the Emperor Caltzontzin Theater, therefore in that same line, you will find the library, Bookshop, and the theater. 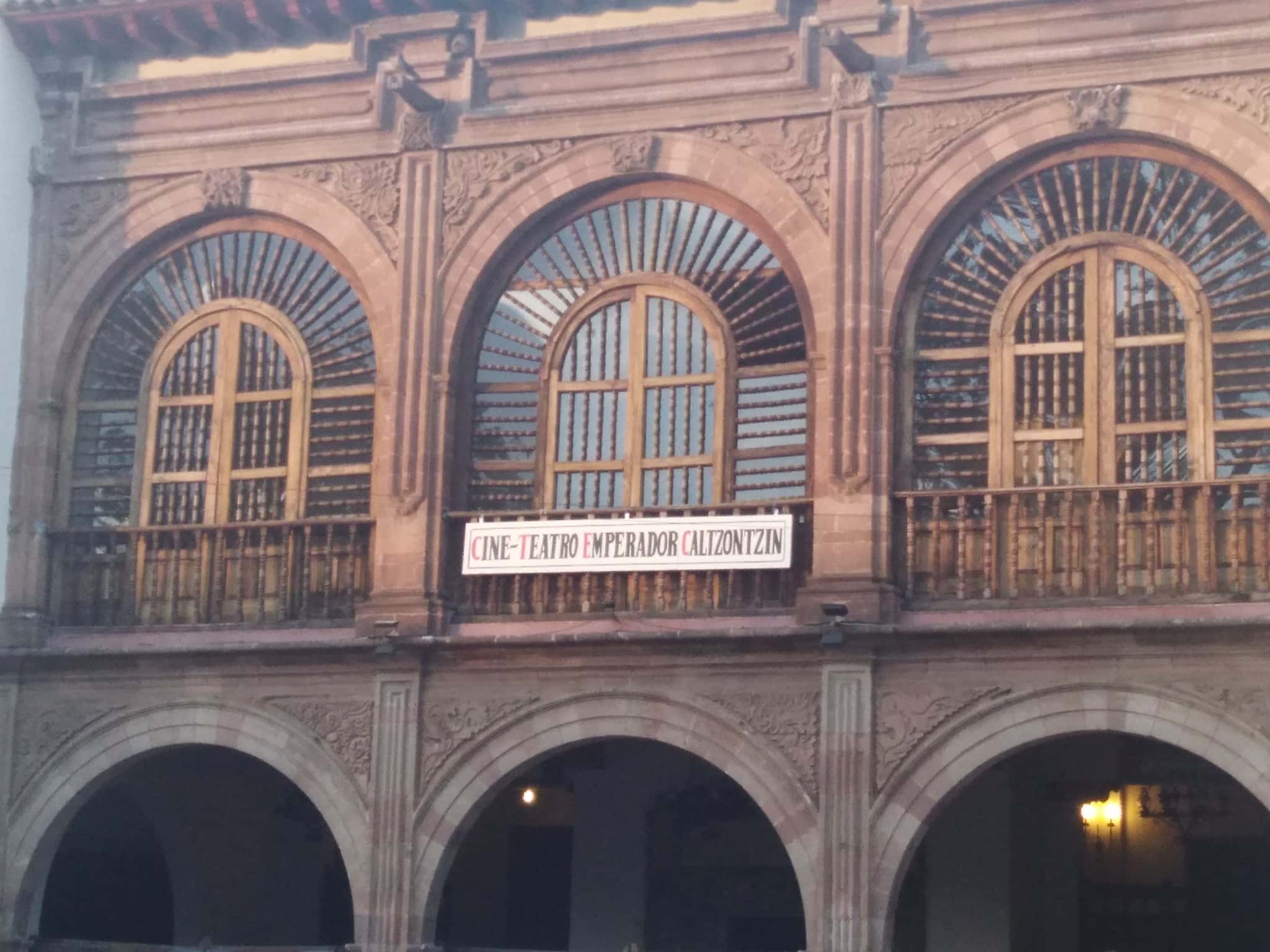 We continue walking and find…

The Sanctuary of Guadalupe. 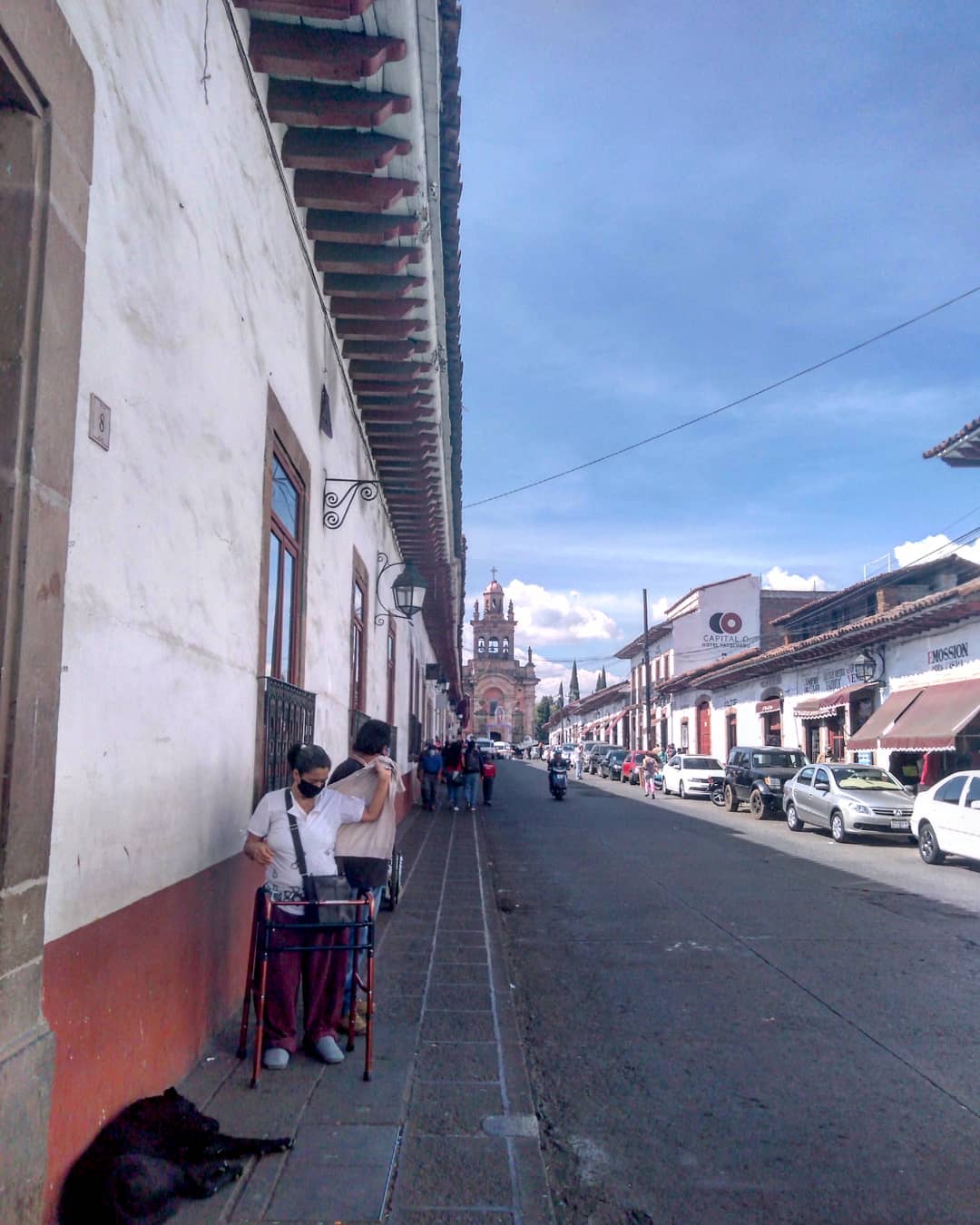 The construction that belongs to the architectural fashion of the 19th century, the building was completed in 1832, was made by Mr. Feliciano Ramos originally from Cuba, Feliciano died on May 22, 1830, and his body is buried in this beautiful sanctuary. There’s actually a much more incredible story you should hear firsthand. 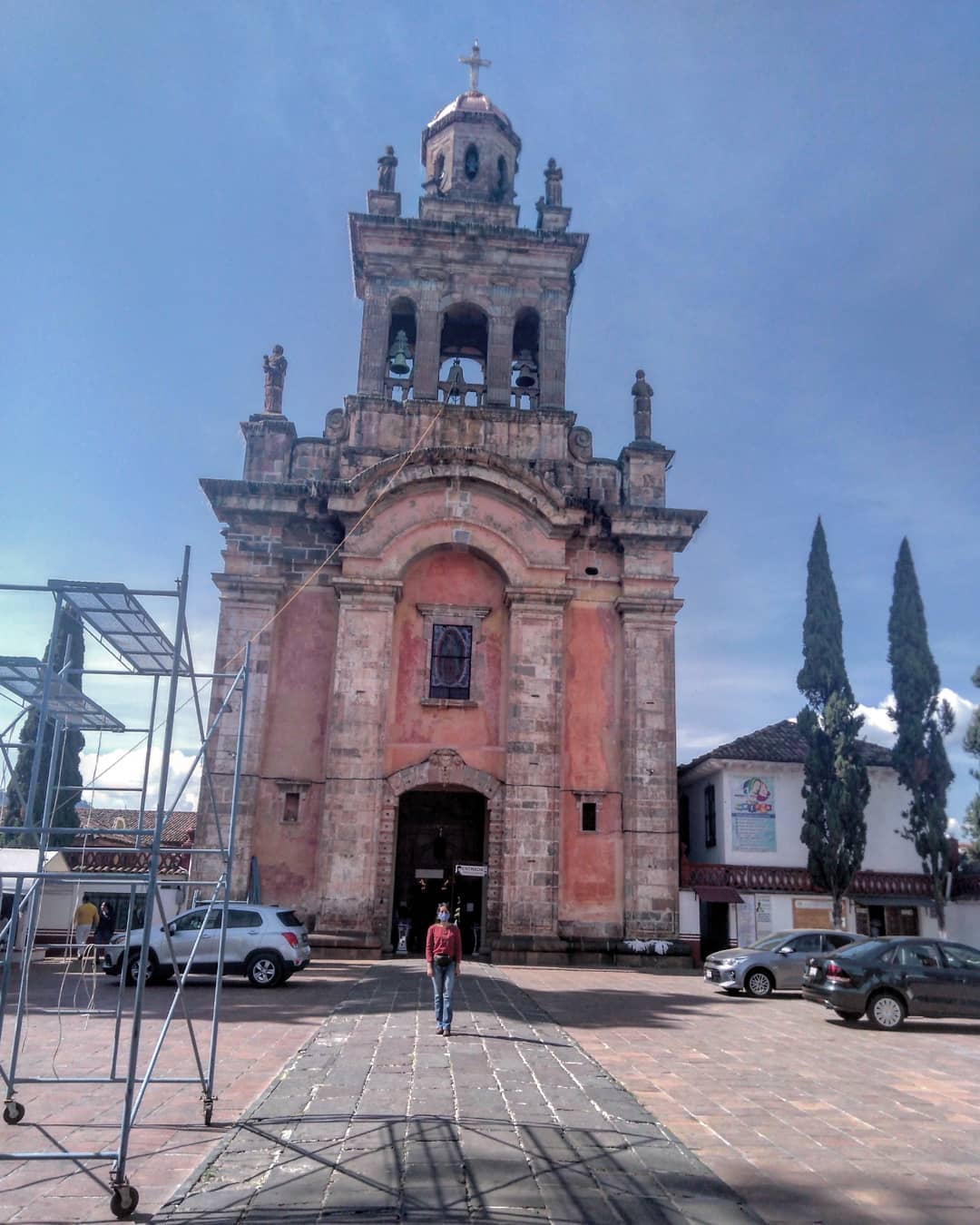 In my opinion, it is the most emblematic temple of Pátzcuaro and the most beautiful mainly for its enigmatic facade and viceregal architecture. 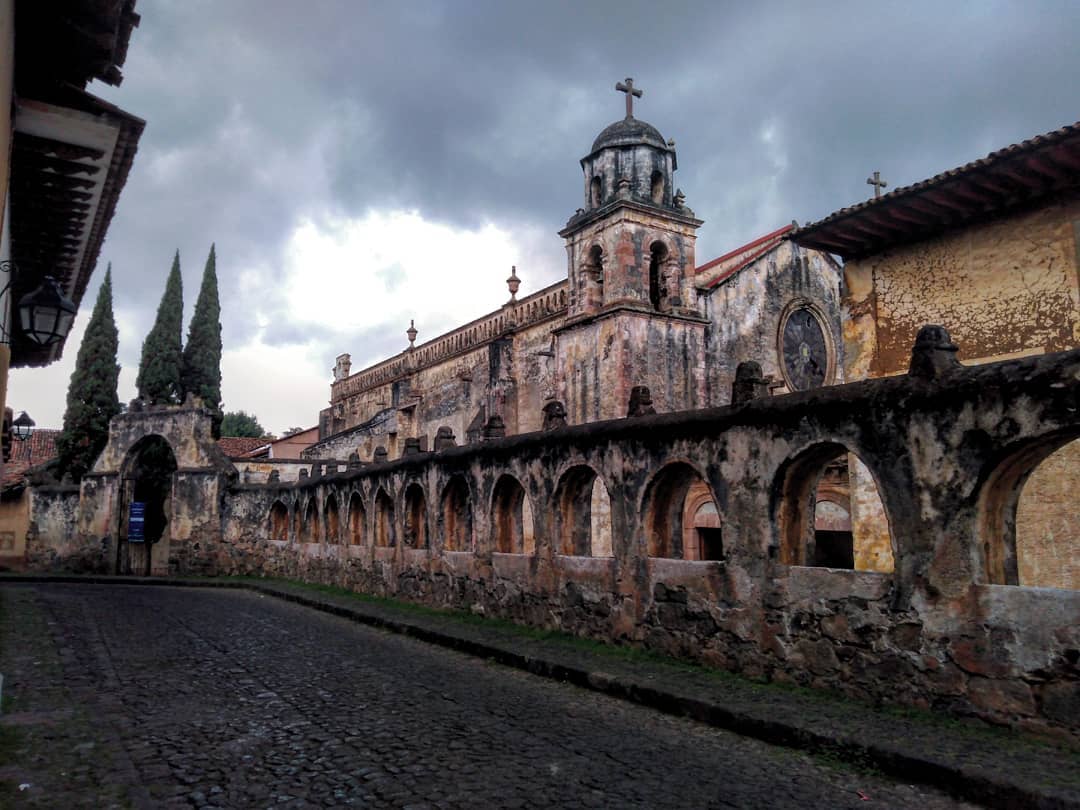 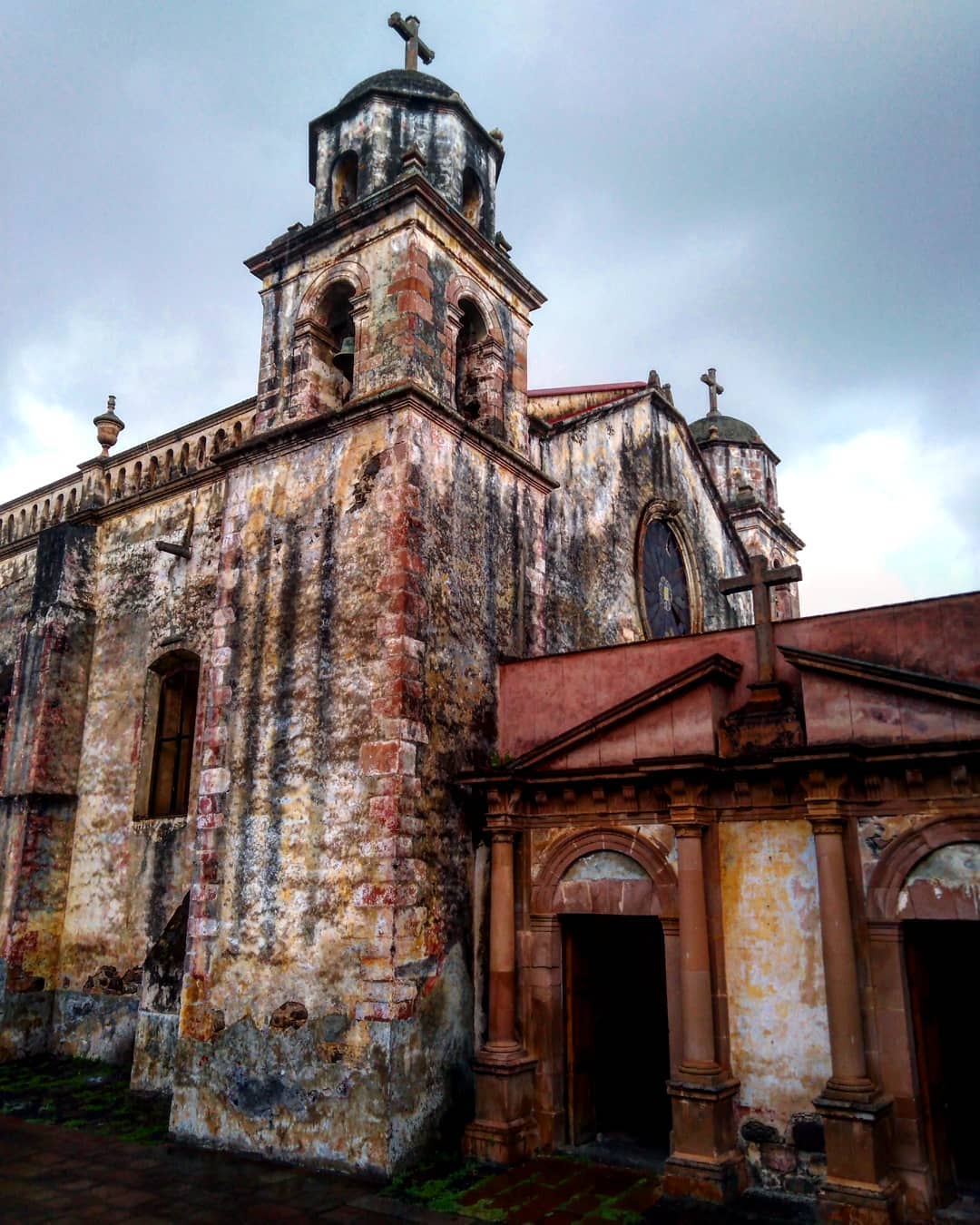 During the voyage, we find curiosities and emblematic statues of the place, such as that of the Michoacana heroine Gertrudis Bocanegra of Lazo de la Vega. 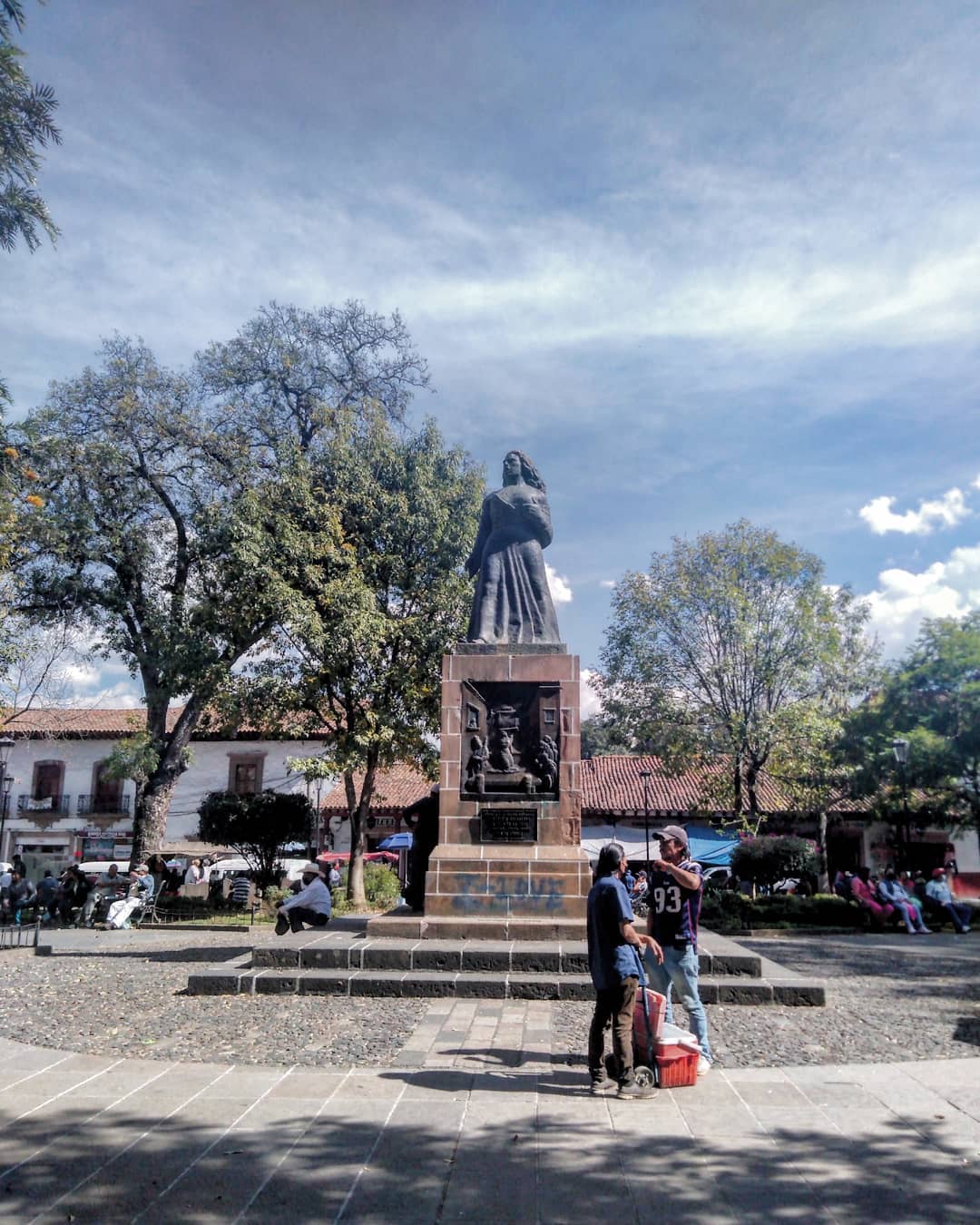 It is a Construction of the XVL century, It was Provisional Cathedral from 1546 to 1565. 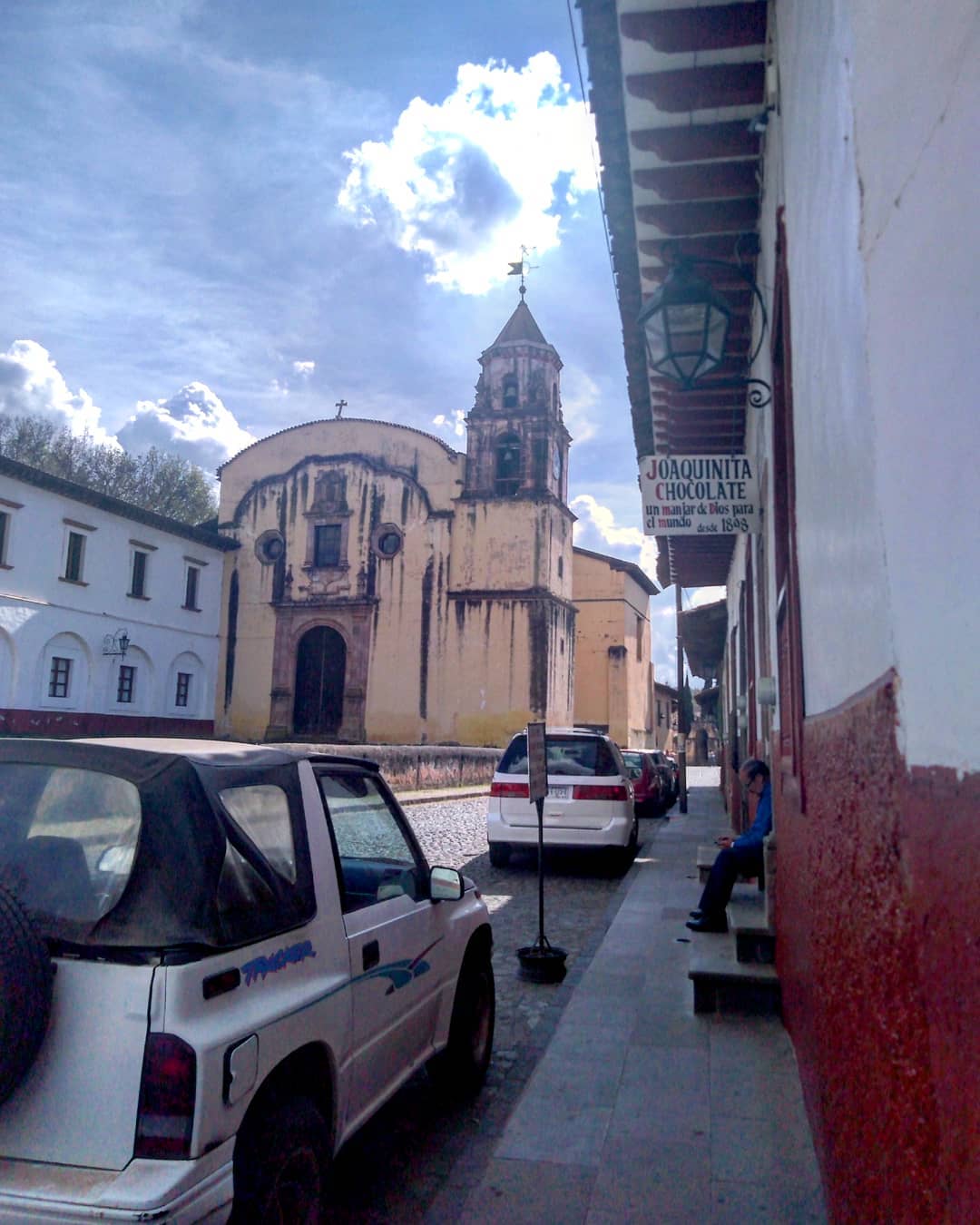 It has a single barrel vault with two side areas that form the Latin cross.

It has a very old wooden floor, religious images by the devotion of the Purépecha. On the outside is a clock (gift of the King of Spain, Philip II). 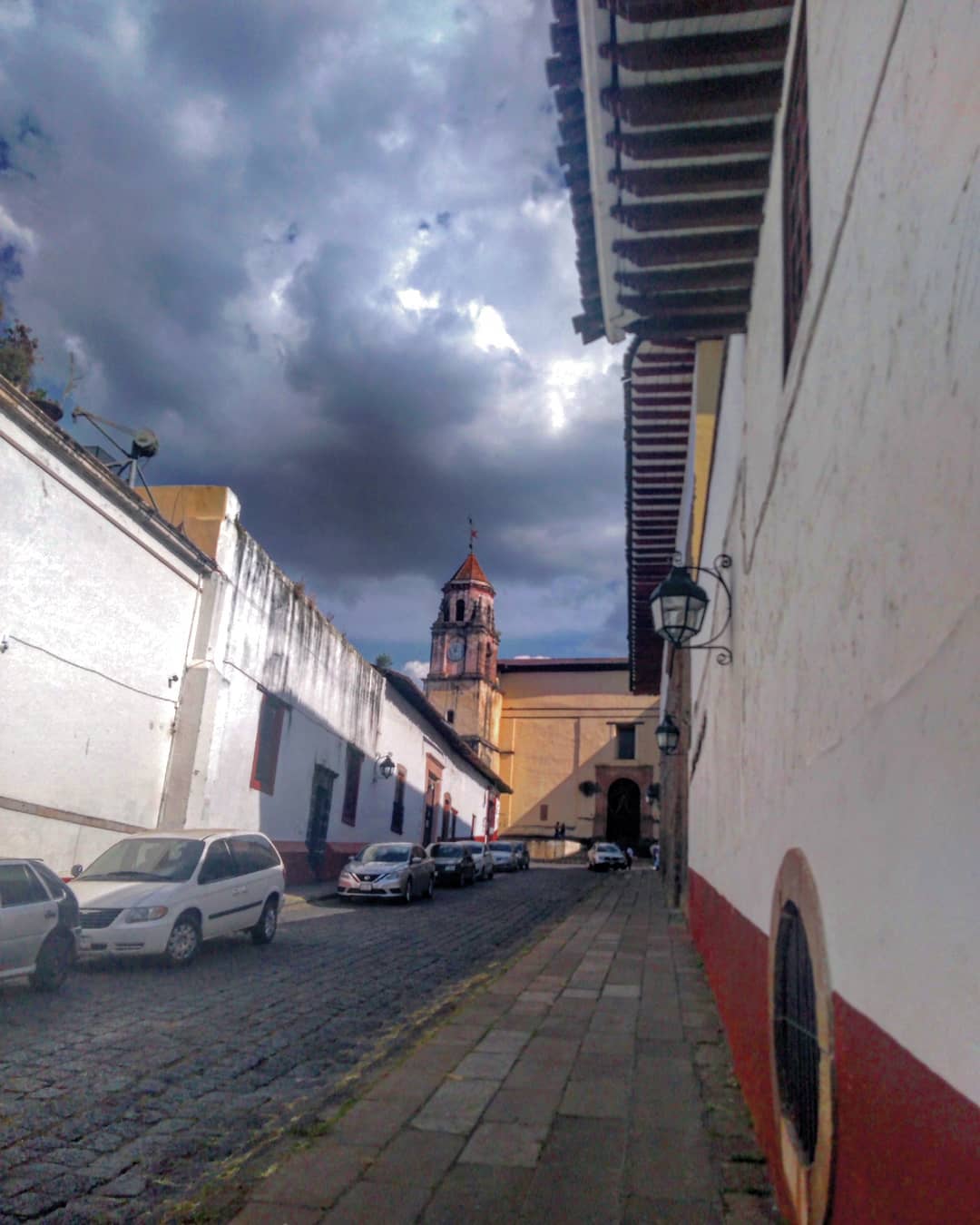 It is considered one of the most beautiful squares in Mexico and Latin America, also known as Plaza Grande. 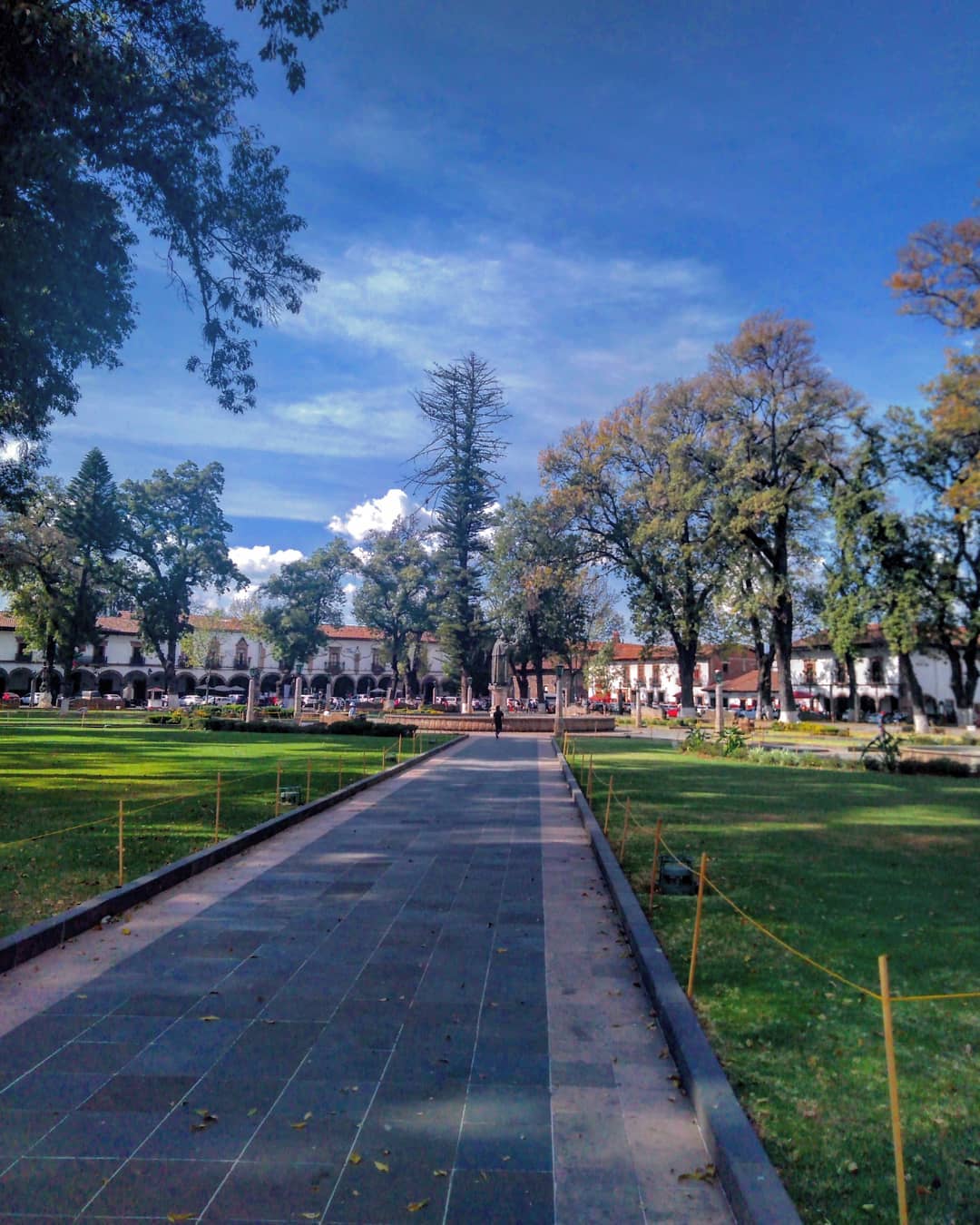 The statue of Vasco de Quiroga is made of bronze. 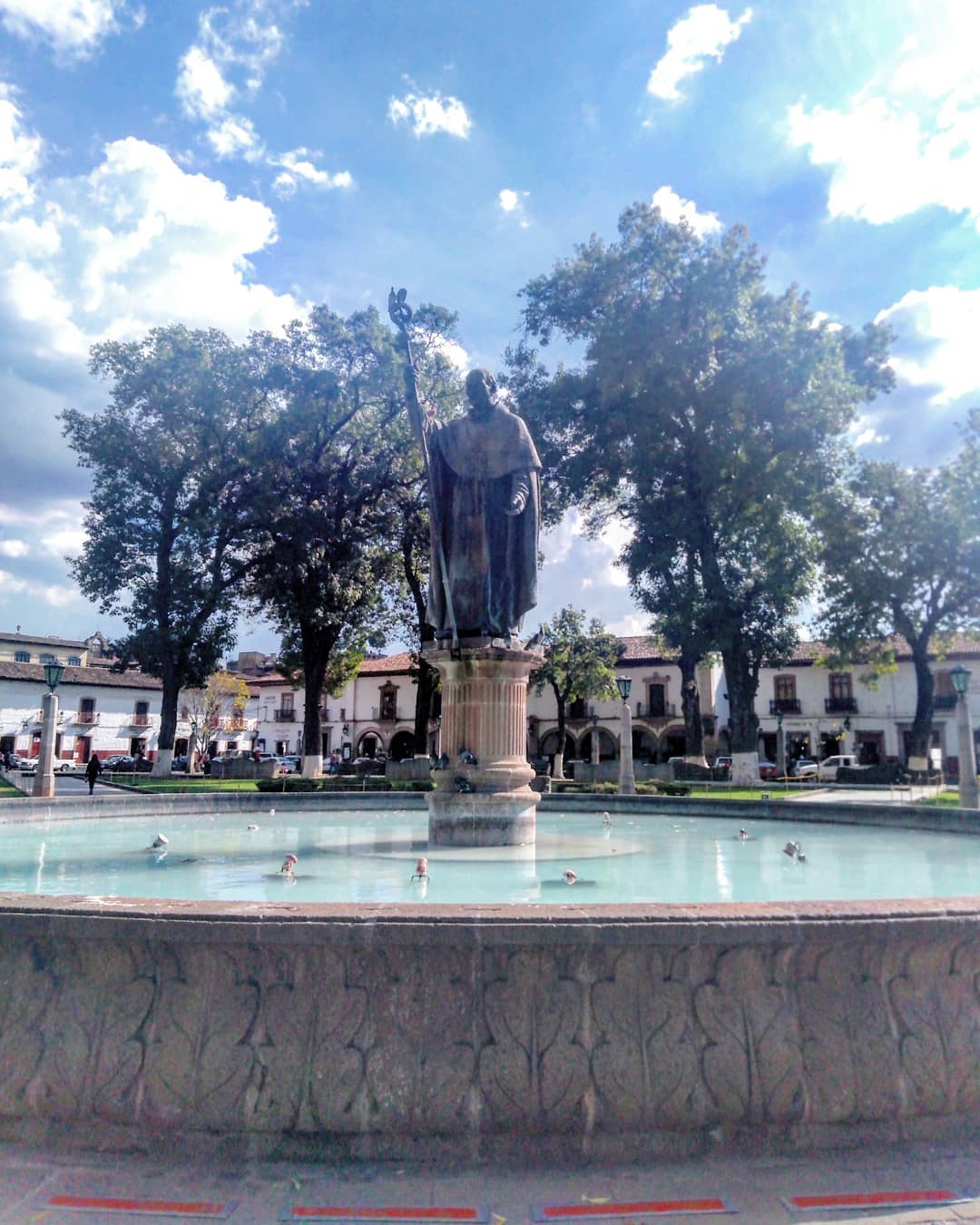 After visiting several places and discovering important facts, we were free to enjoy and appreciate the colorful and beautiful corners near and around the square. 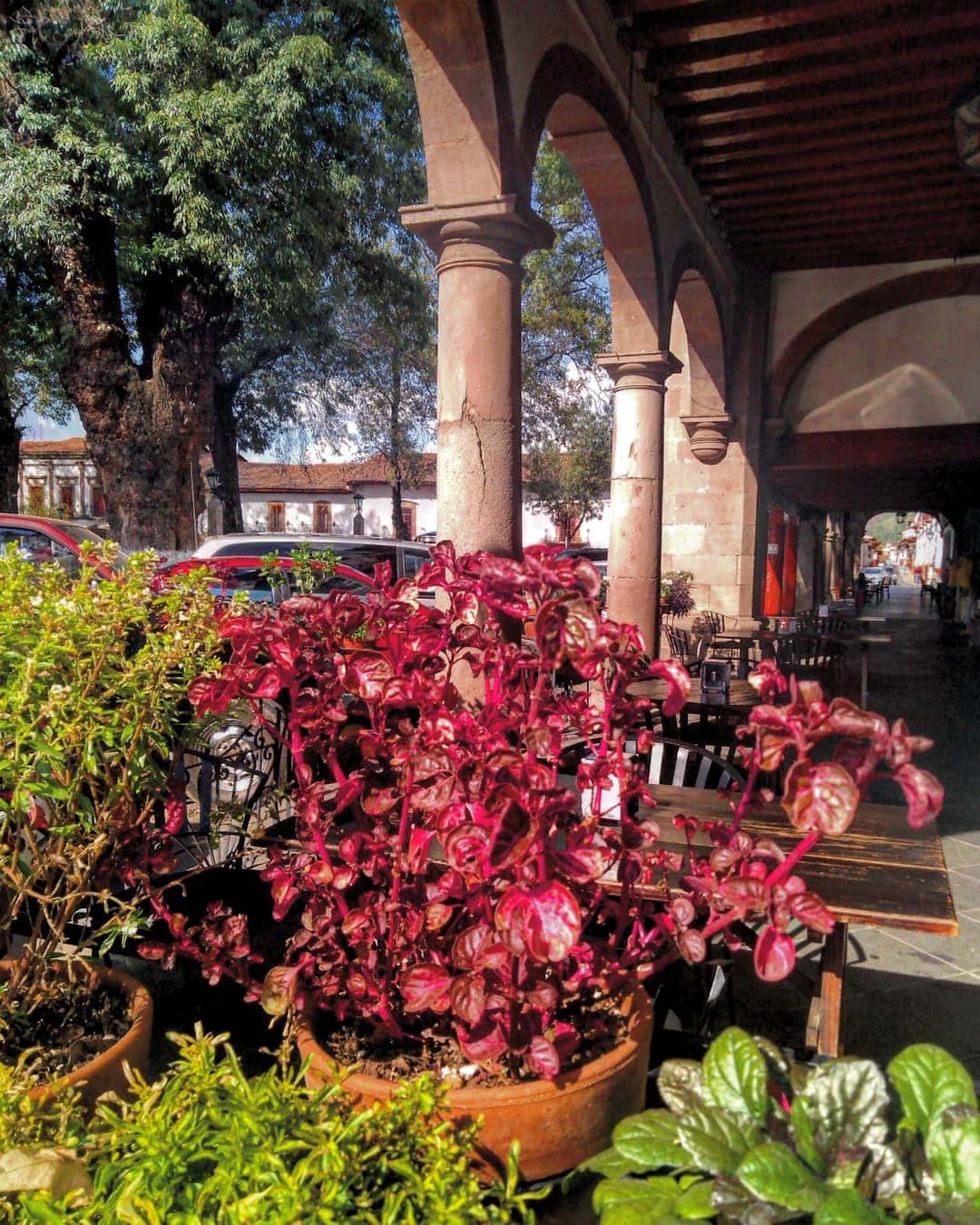 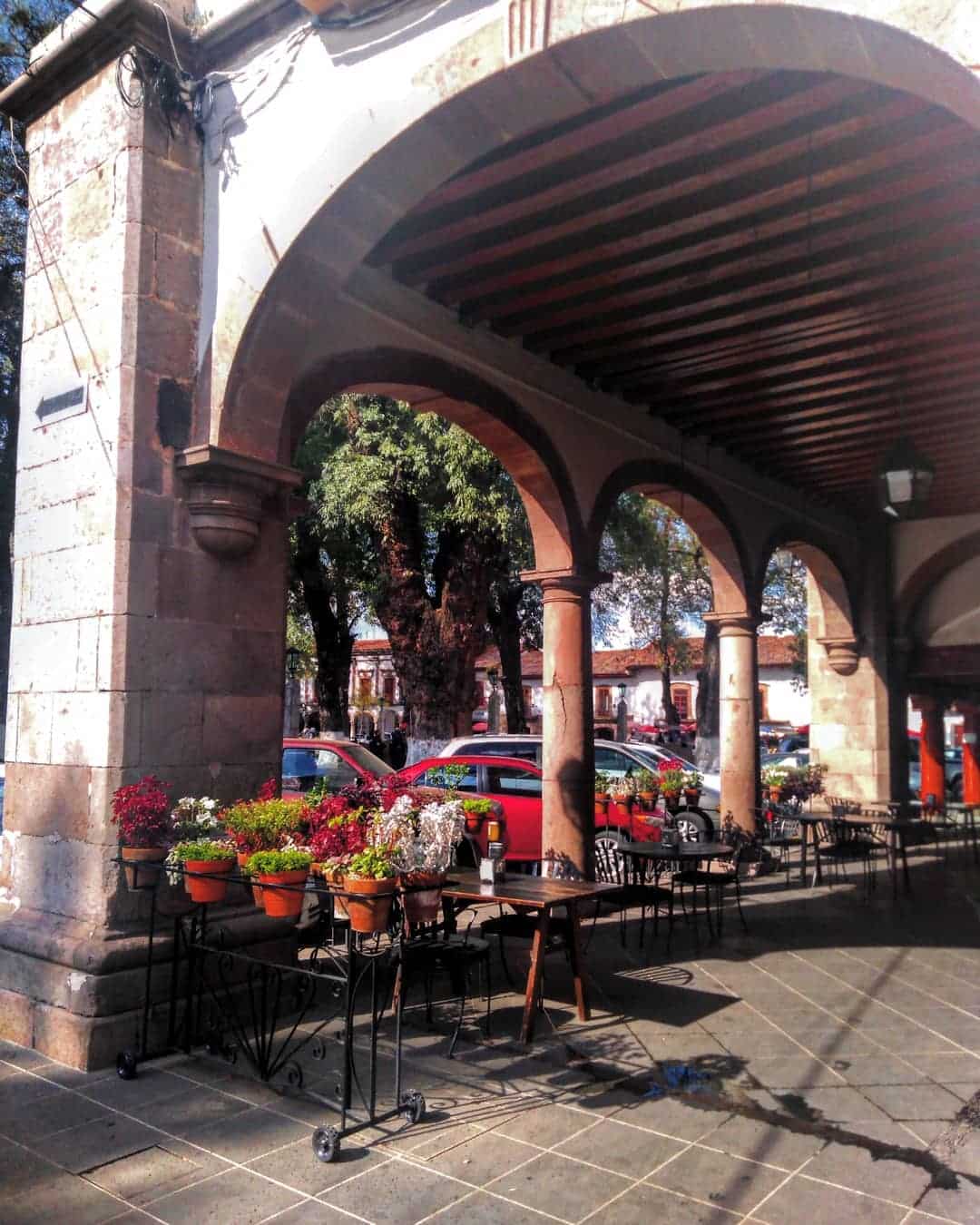 After visiting several places and discovering important facts, we were free to enjoy and appreciate the colorful and beautiful corners near and around the square. The facades of the photographs, as you can see, are of the same material.

You’ll find a lot of food stalls, and if you come in week fon, even more so, especially a variety of rich snowy businesses, you should try them! , it also goes through the market where the best seasonings of the town will be. 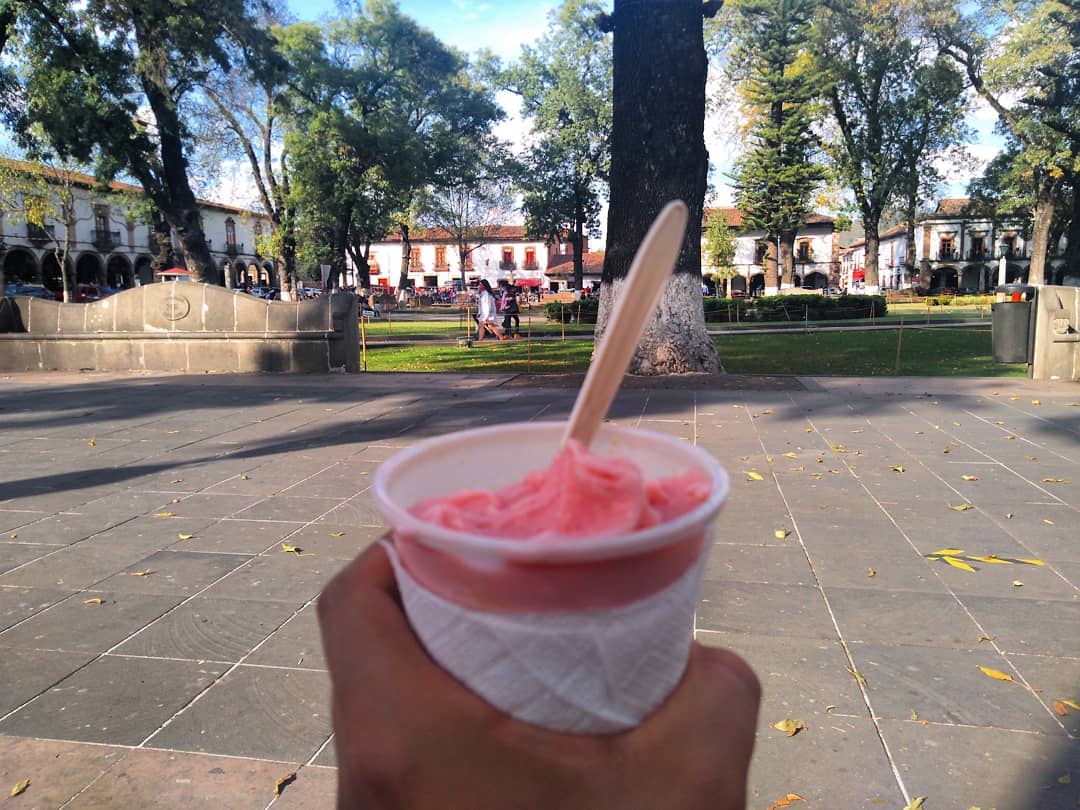 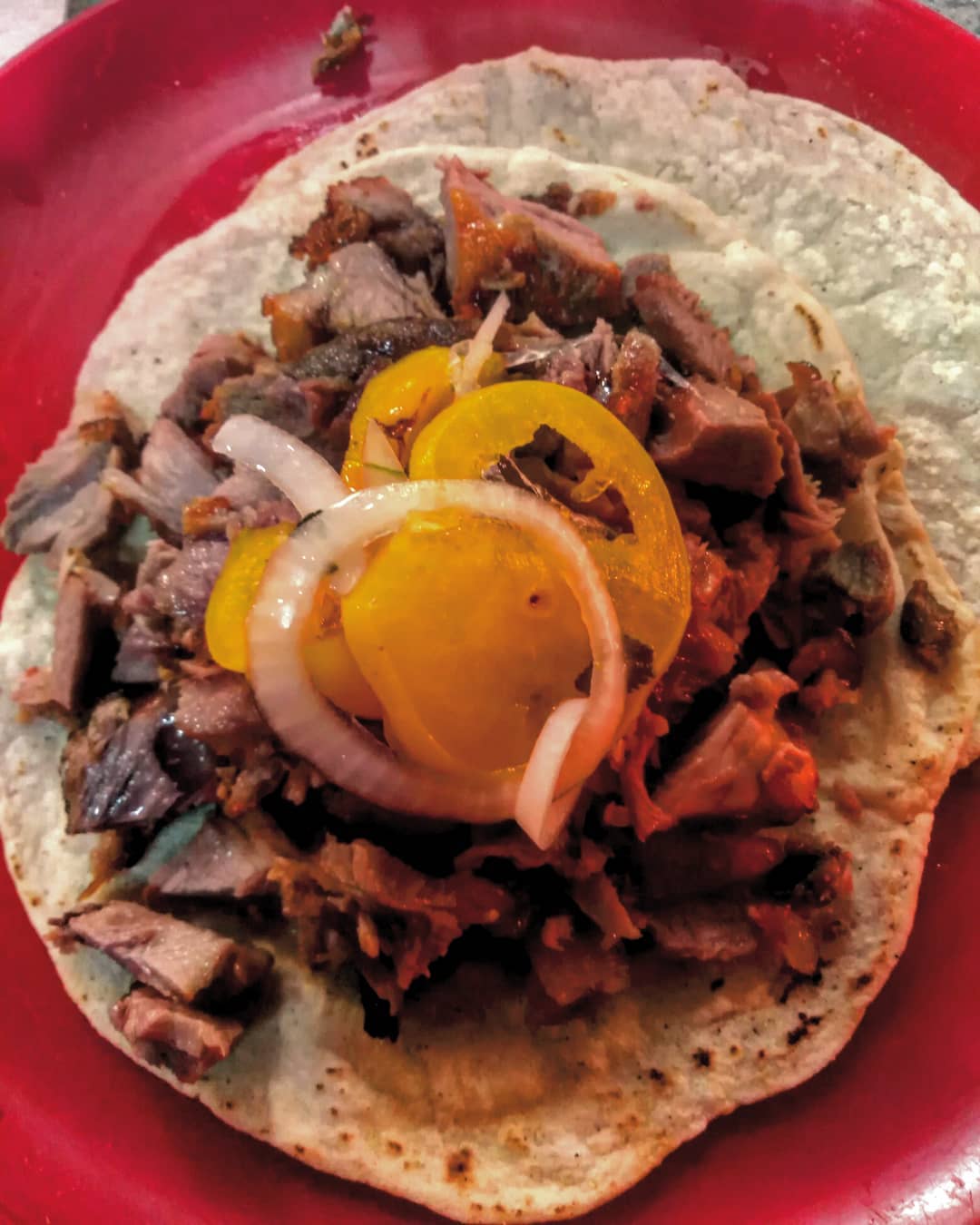 You’ll find a lot of food stalls, and if you come in week fon, even more so, especially a variety of rich snowy businesses, you should try them! , it also goes by the market where the best seasonings of the town will be.

If you prefer a specific place visit this restaurant:😙 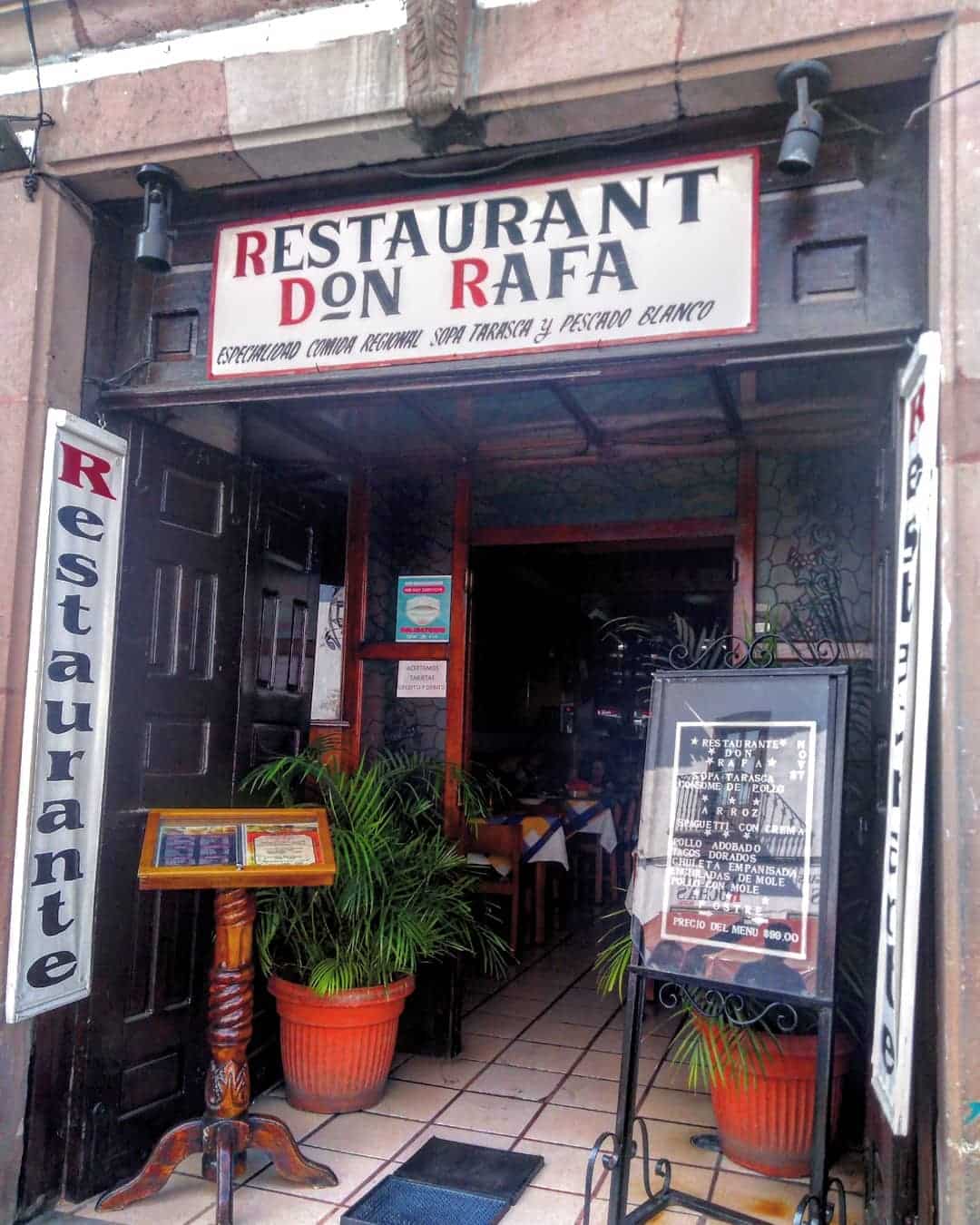 House of the 11 courtyards 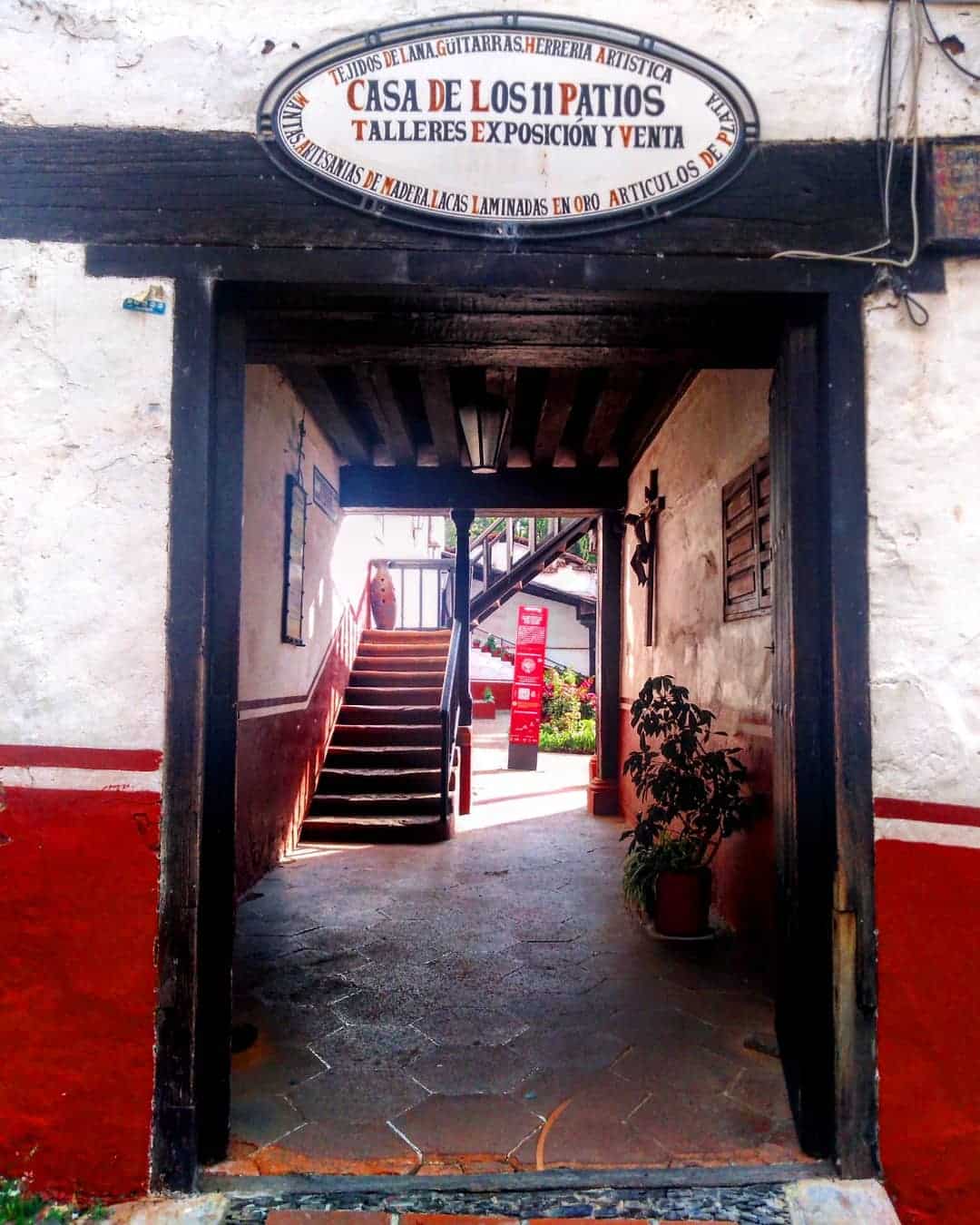 The name corresponds to the way it is built, currently, only five courtyards can be distinguished. 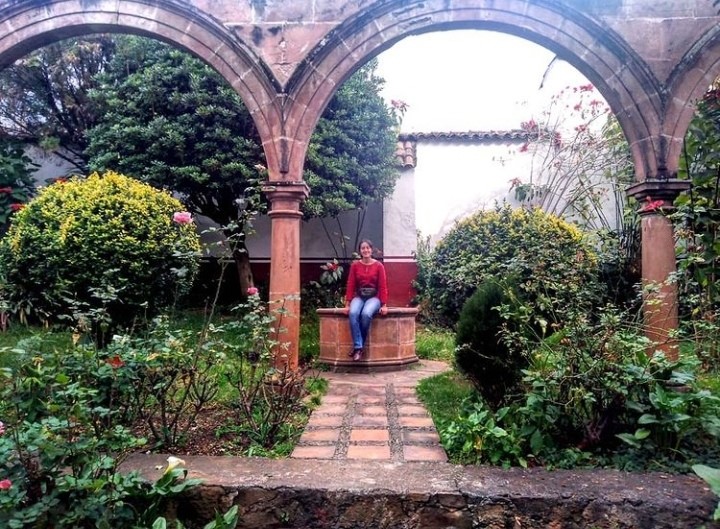 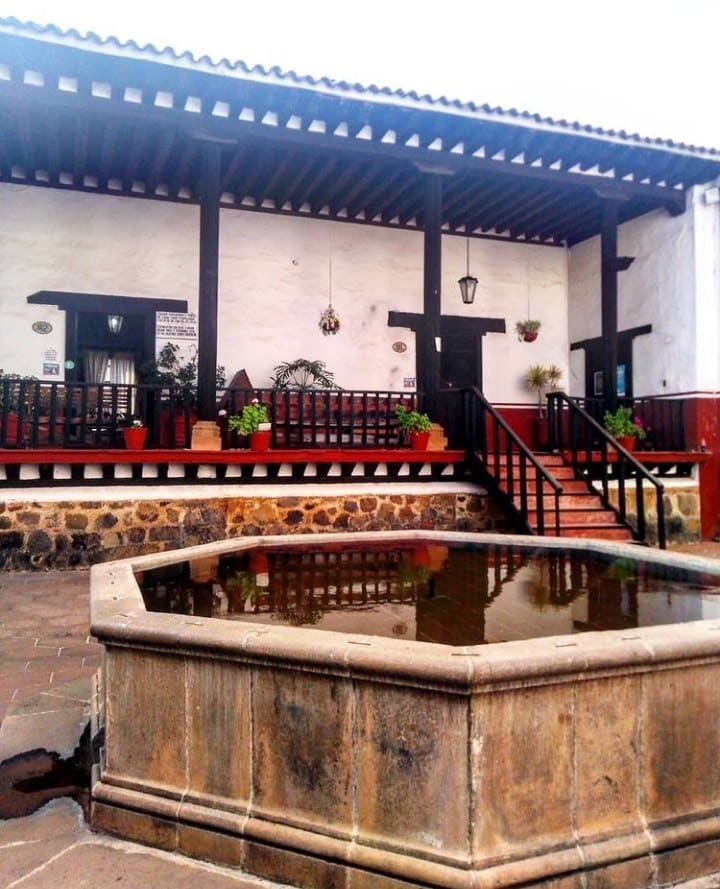 Here were housed the Dominican Nuns, which has been remodeled and is currently used for the sale of all types of handicrafts typical of Pátzcuaro, the workshops are open for visitors to appreciate their work and talent. 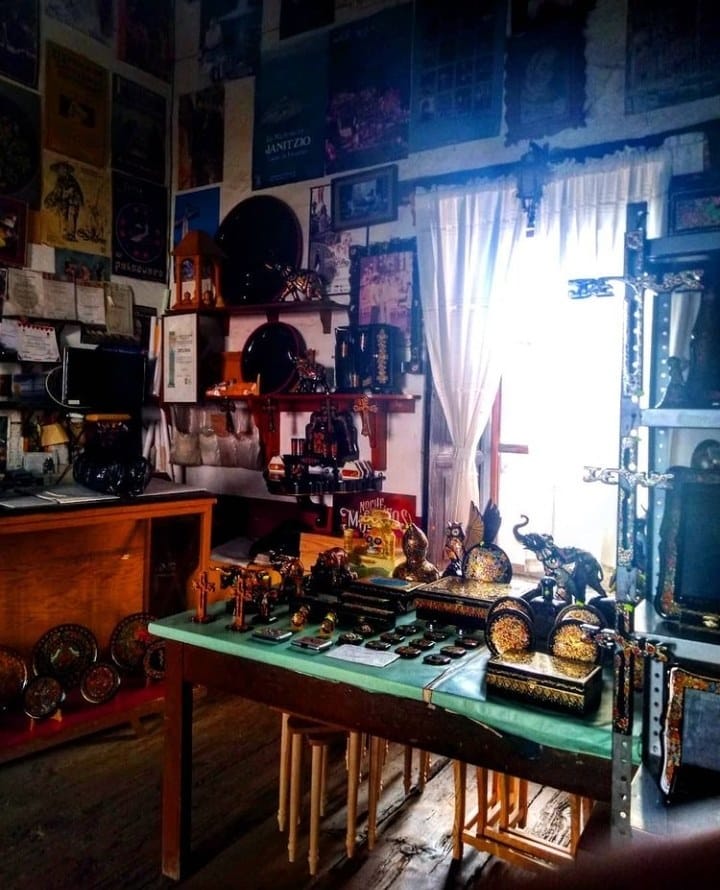 The work of lacquers is one of the most representative handicrafts. Inside you will find many more curiosities that are not exactly crafted like this Baroque style Bathtub: 😮😲 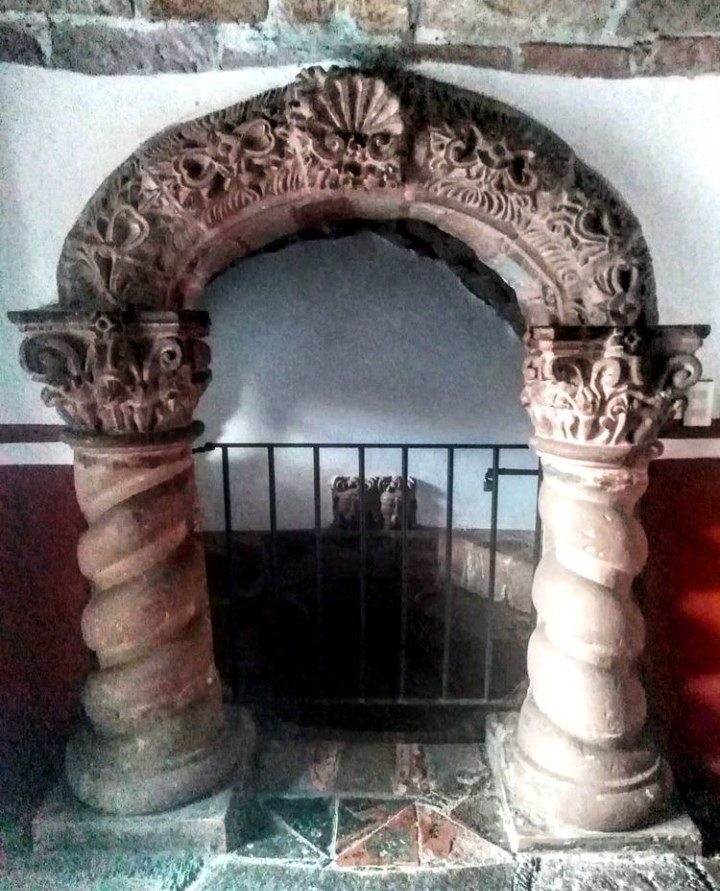 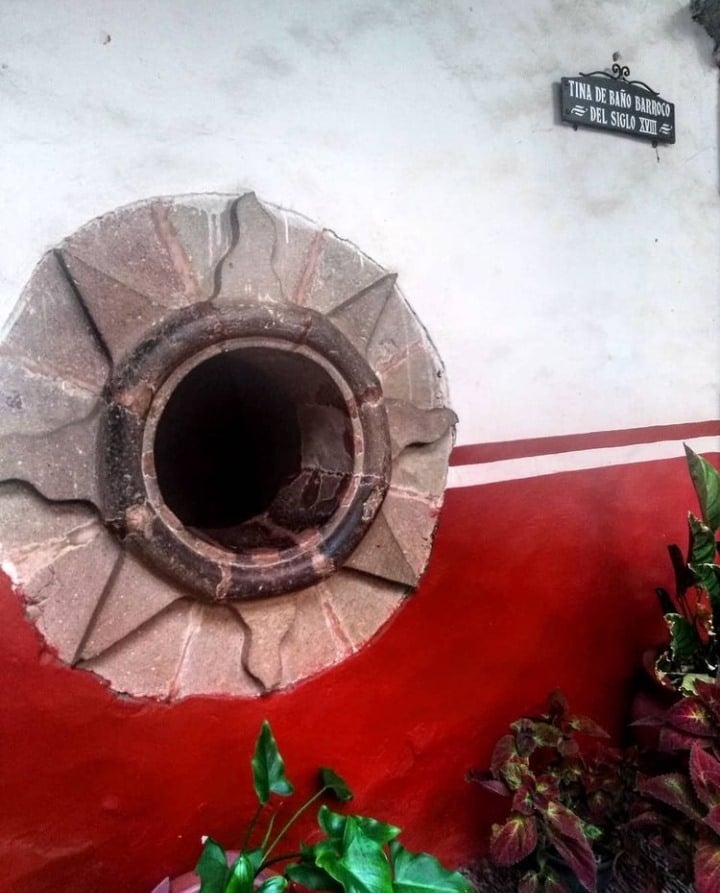 This beautiful and huge house has many founders, their names are painted on a wall; close to their stairs.

You must visit all the temples and churches, it is worth it, I can say that I visited them all but I could not enter them all, I recommend the experience. The village is large and you will need time to explore many corners, try more traditional dishes, meet people, etc.

This post is dedicated to showing some temples, I am a fan of its architecture, churches, and its ancient details; they are my undoing…I started with the first one that ... Read more

How do you like wine? 🍷🍾 A little history and important data: In the seventies, the Freixenet Group opted for the state of Querétaro to be an area with an ... Read more