Unfortunately, we only had a very limited time in Amsterdam 🙁

Amsterdam Tip 1: This tip is for those who live nearby (1-5h drive 😉 ). Long-distance flights from Amsterdam are sometimes much cheaper than in the surrounding area 😉 For example, we have booked a flight to Canada. The savings were so big that we could even arrive one day before (including 1 night in a hotel) and still managed to save some money 😀 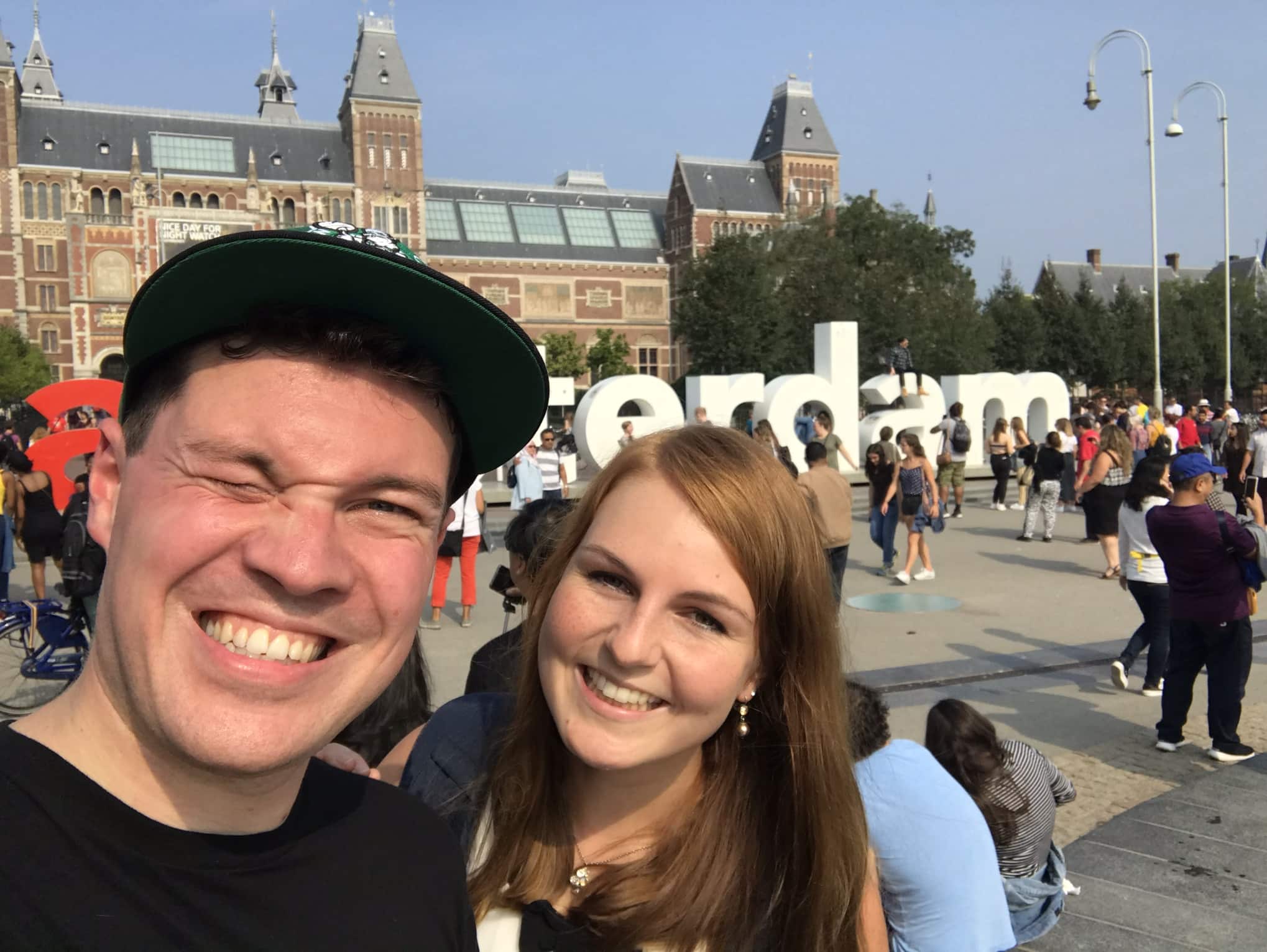 First, we discovered the famous I amsterdam 😛

Amsterdam Tip 2: You can probably see how many people are there 😀 If you have a little more time, you should definitely get there early in the morning 🙂

Walking in Amsterdam is very easy because everything here (as in the whole Netherlands) is very flat. The many cyclists are happy about that, which is why you can see bicycles everywhere in Amsterdam 😛

Amsterdam Tip 3: By the way, the Netherlands are great for a relaxed bike tour! 🙂 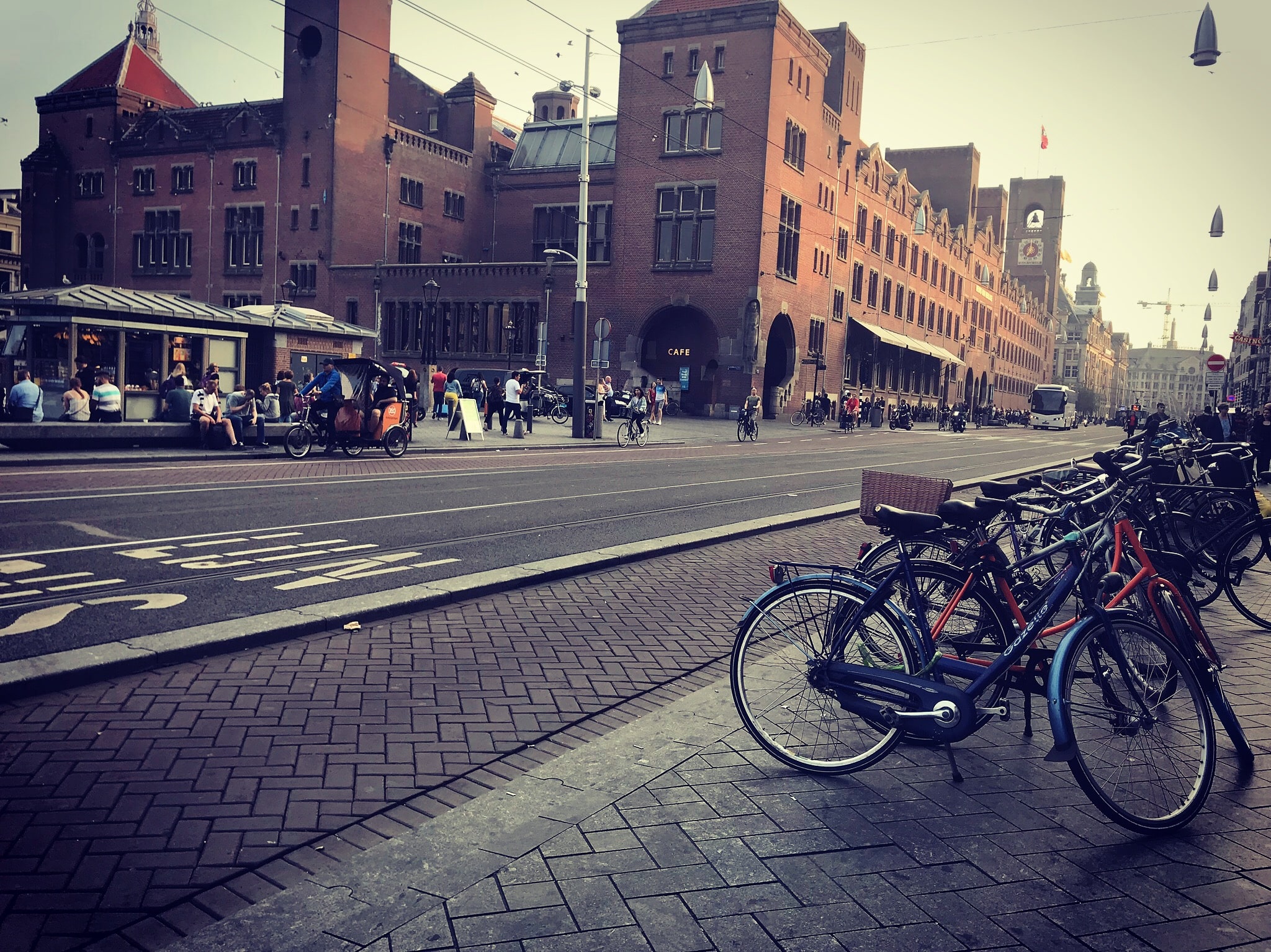 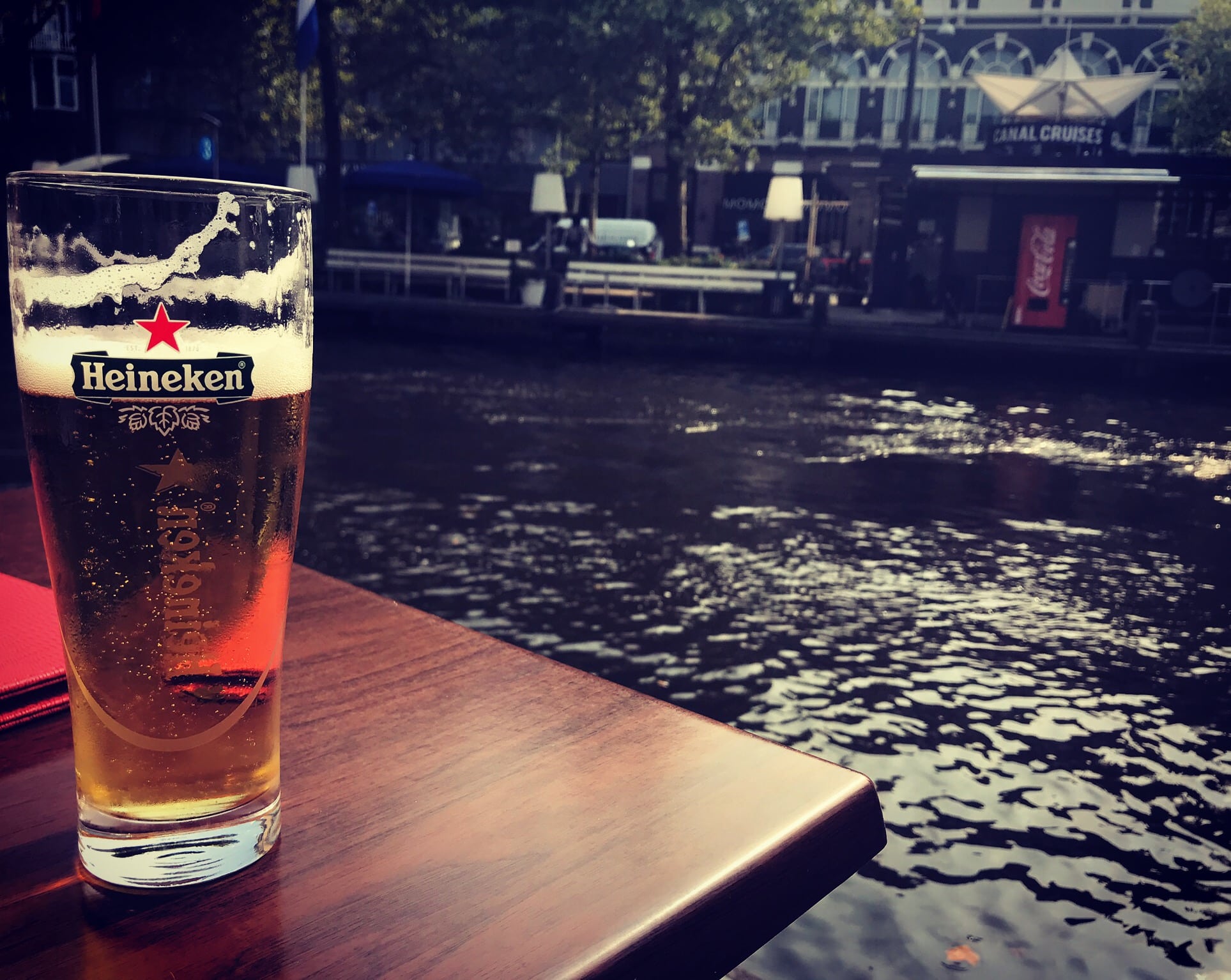 Amsterdam Tip 4: The Hard Rock Cafe has a small terrace right in front of the water. Here you can enjoy the nice weather 🙂

But now it was time for a longer walk 😛

Walking around in Amsterdam… ending up in the Red Light District 👀😂

In the beginning, I thought, oh God, how am I supposed to find my way around here 😀 Canals and bridges everywhere and everything looks very similar somehow 😛 But I really enjoyed to just get lost a little 🙂 Of course I also took the typical Amsterdam picture: 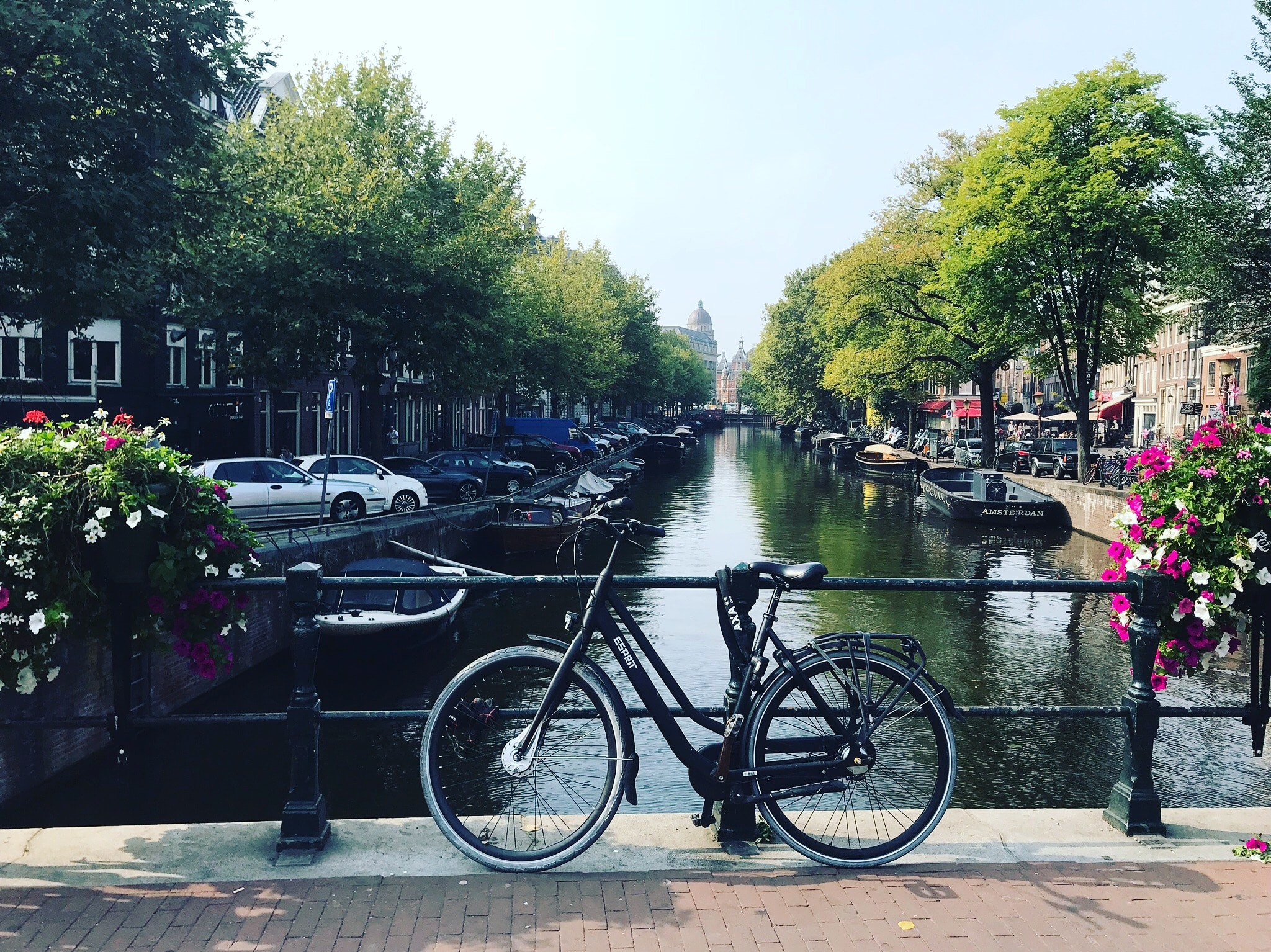 You will definitely not lack beautiful photo motives here! A very photogenic city 😉

Amsterdam Tip 5: Because of the water, you can get a sunburn without noticing it. In my case it was very close 😀 So watch out! 🙂 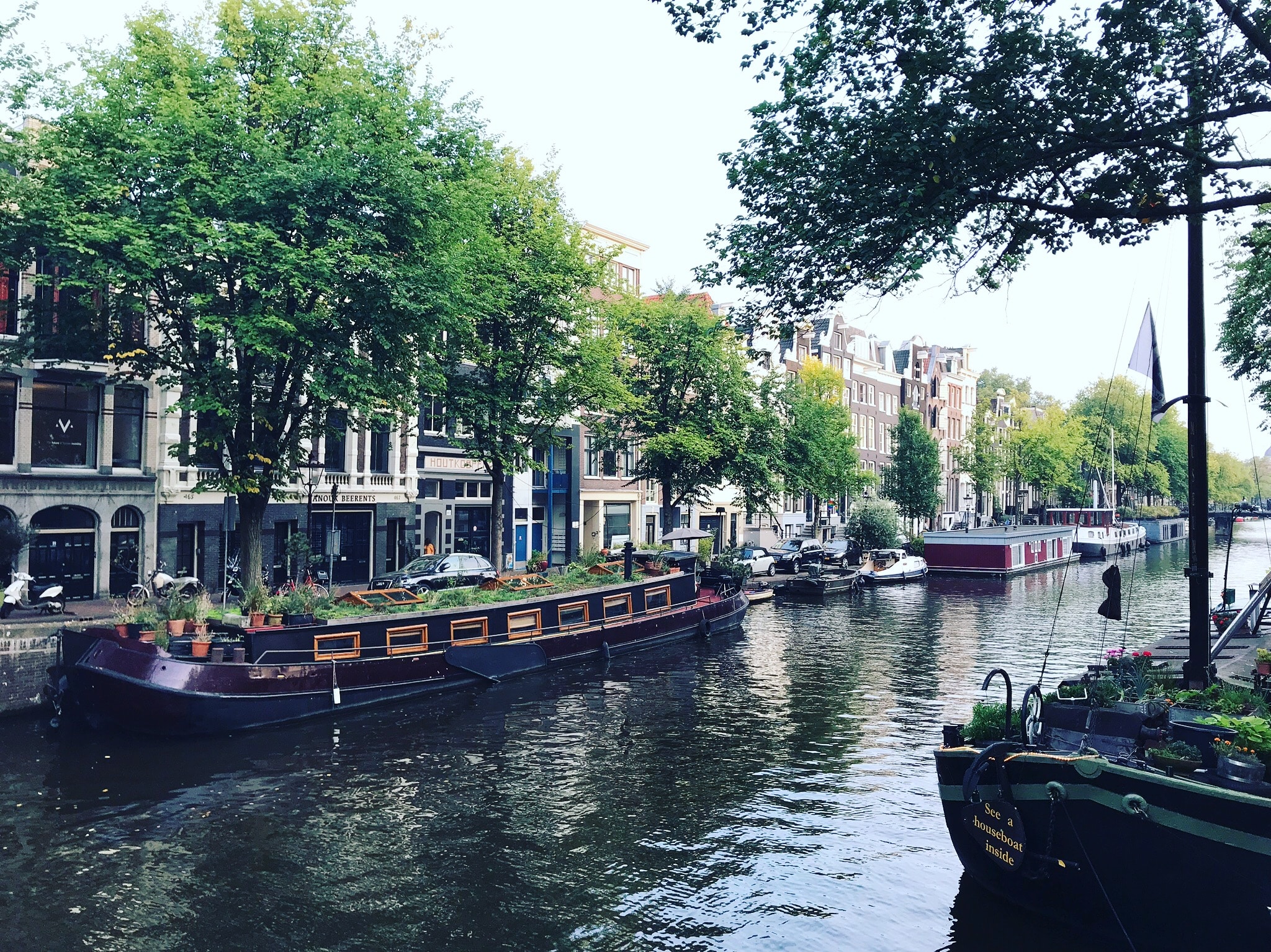 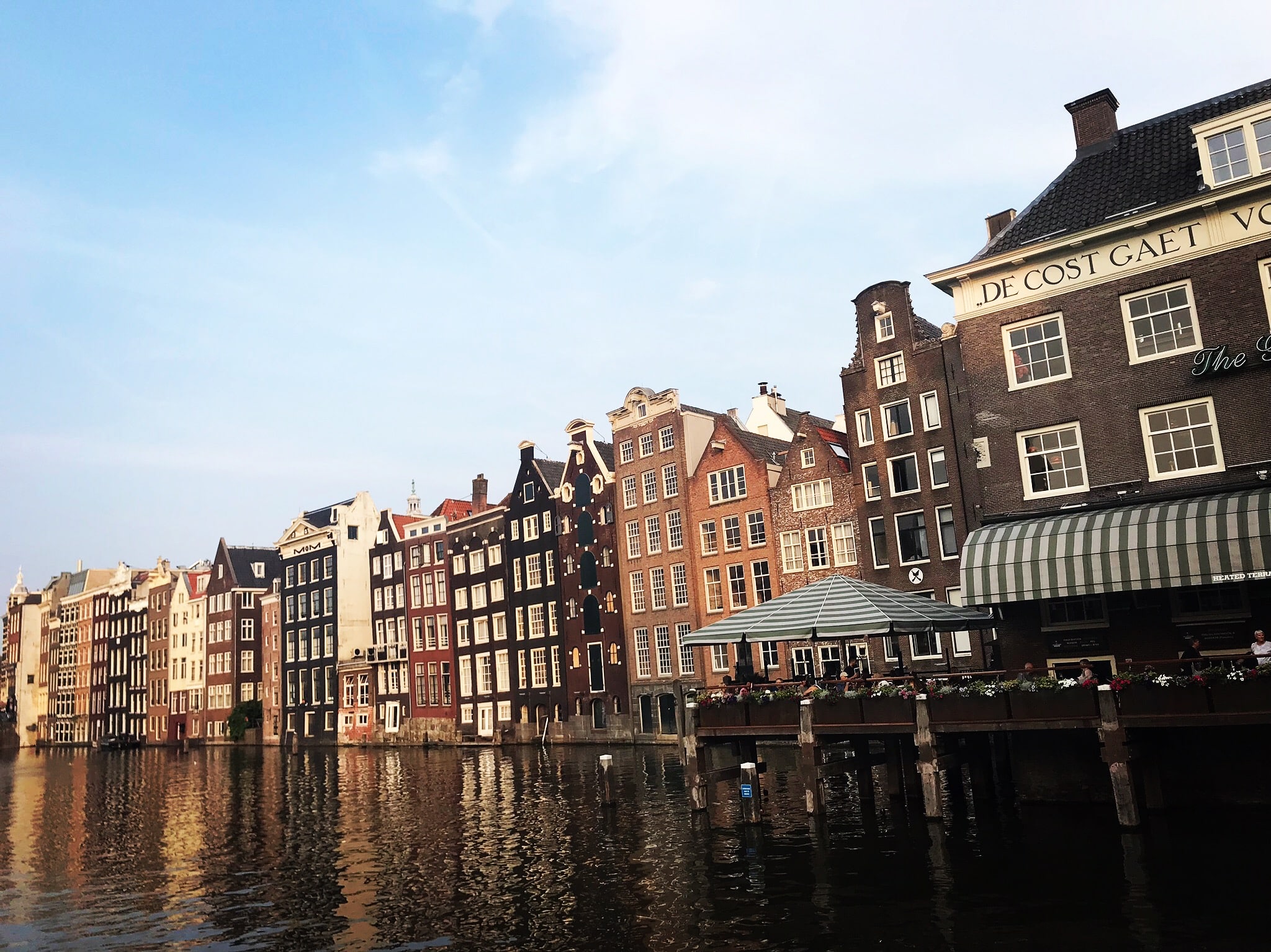 But Amsterdam does not only consist of canals 😉 You can walk over many markets and buy something delicious to eat or other things 😉 In the Netherlands, you can also buy beautiful flowers 🌸🌺🌻🌼 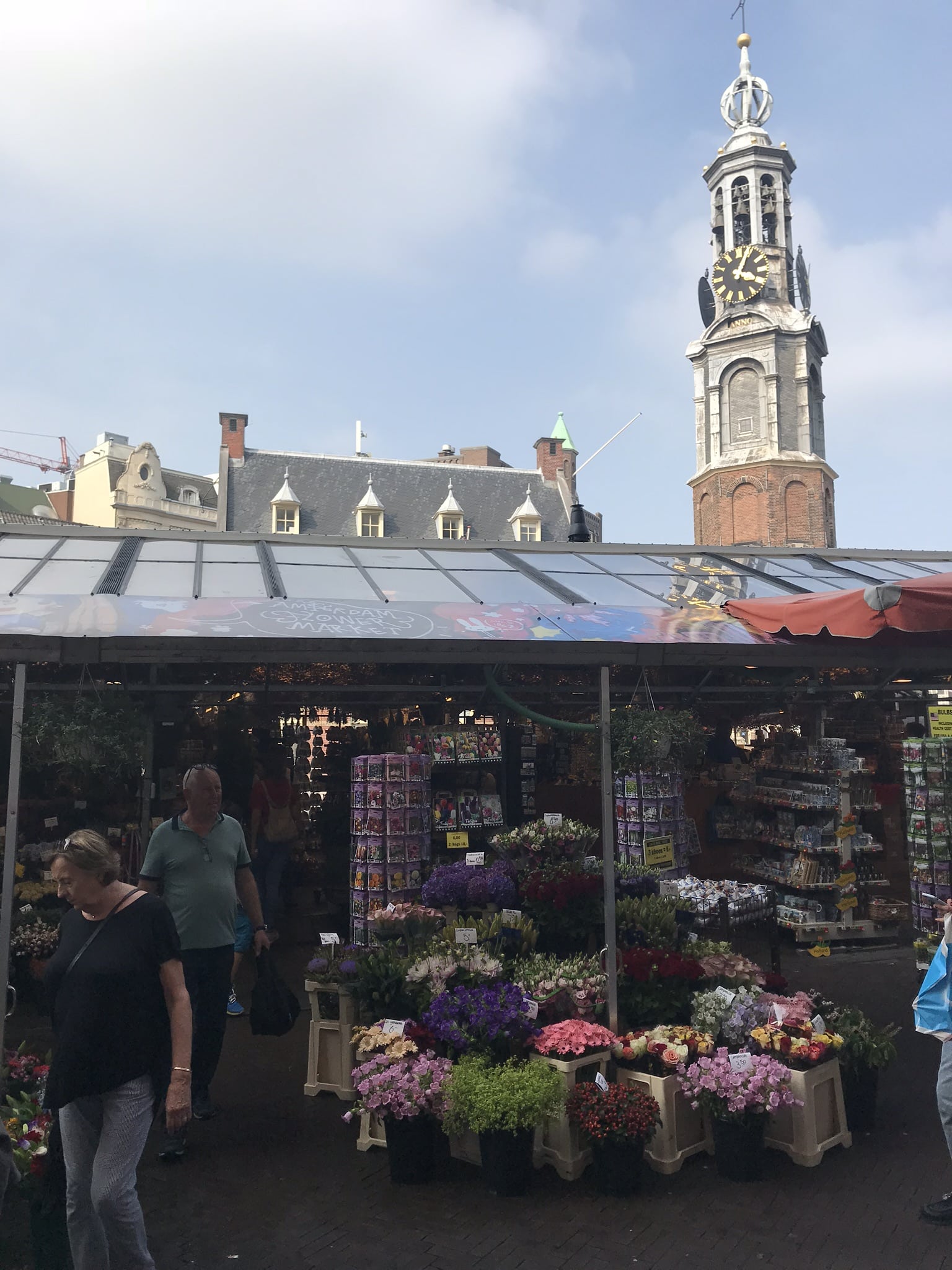 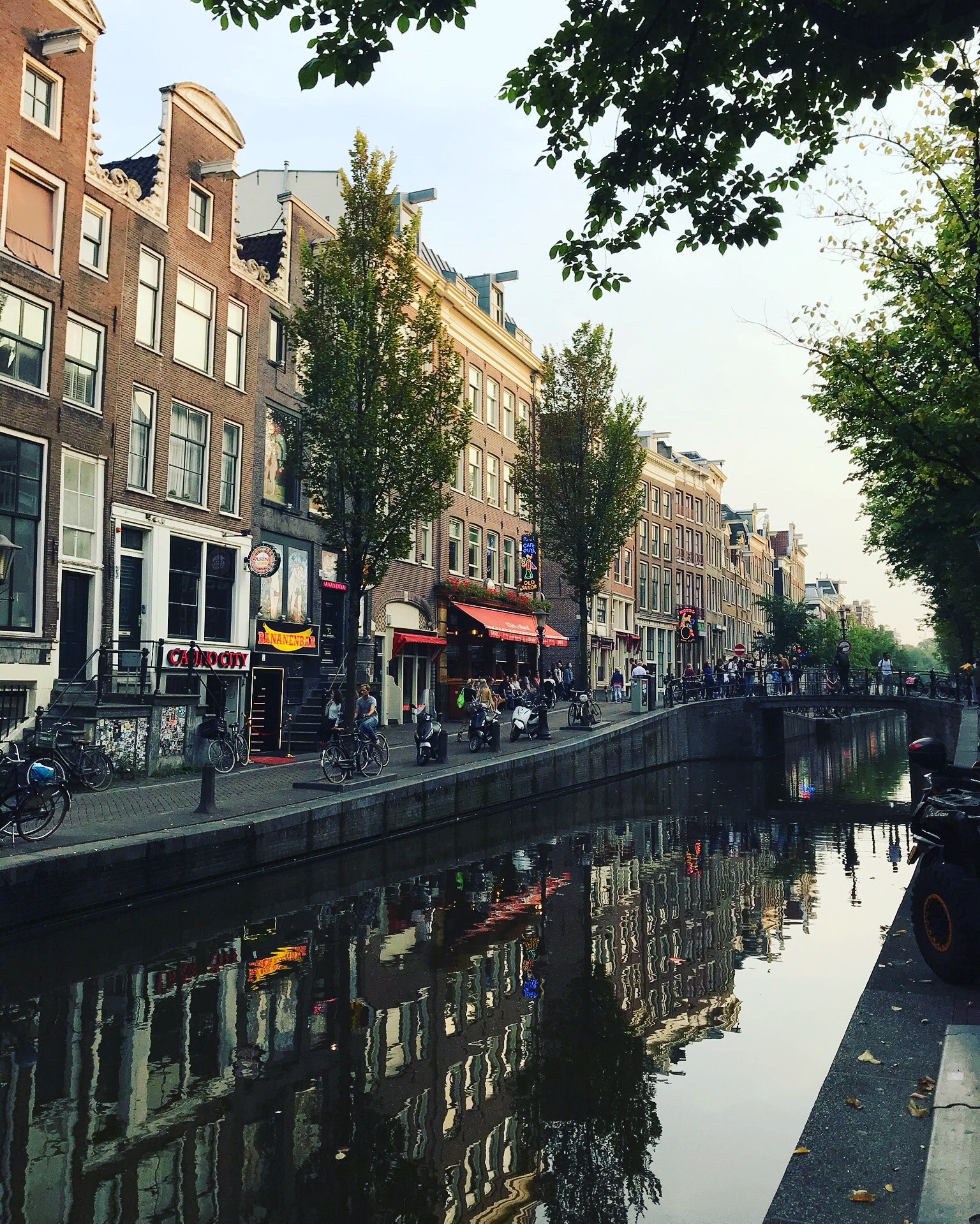 However, what I really liked is that I didn’t notice that we were in the red light district. During the day I only spotted 1-2 ladies who were doing some self-promotion in their windows 😉 The district is very clean and nice to look at. Unfortunately, we didn’t go there again in the evening because our flight departed the next morning.

Since I am very curious, I wanted to have a look at a Coffeeshop 😛

Amsterdam Tip 6: For all of you who (like me 😀 ) are not so familiar with the topic… you don’t have to feel uncomfortable and can talk about everything very straightforward in the Coffeeshops 😉

After a short research, we decided relatively quickly to go for a Coffeeshop. 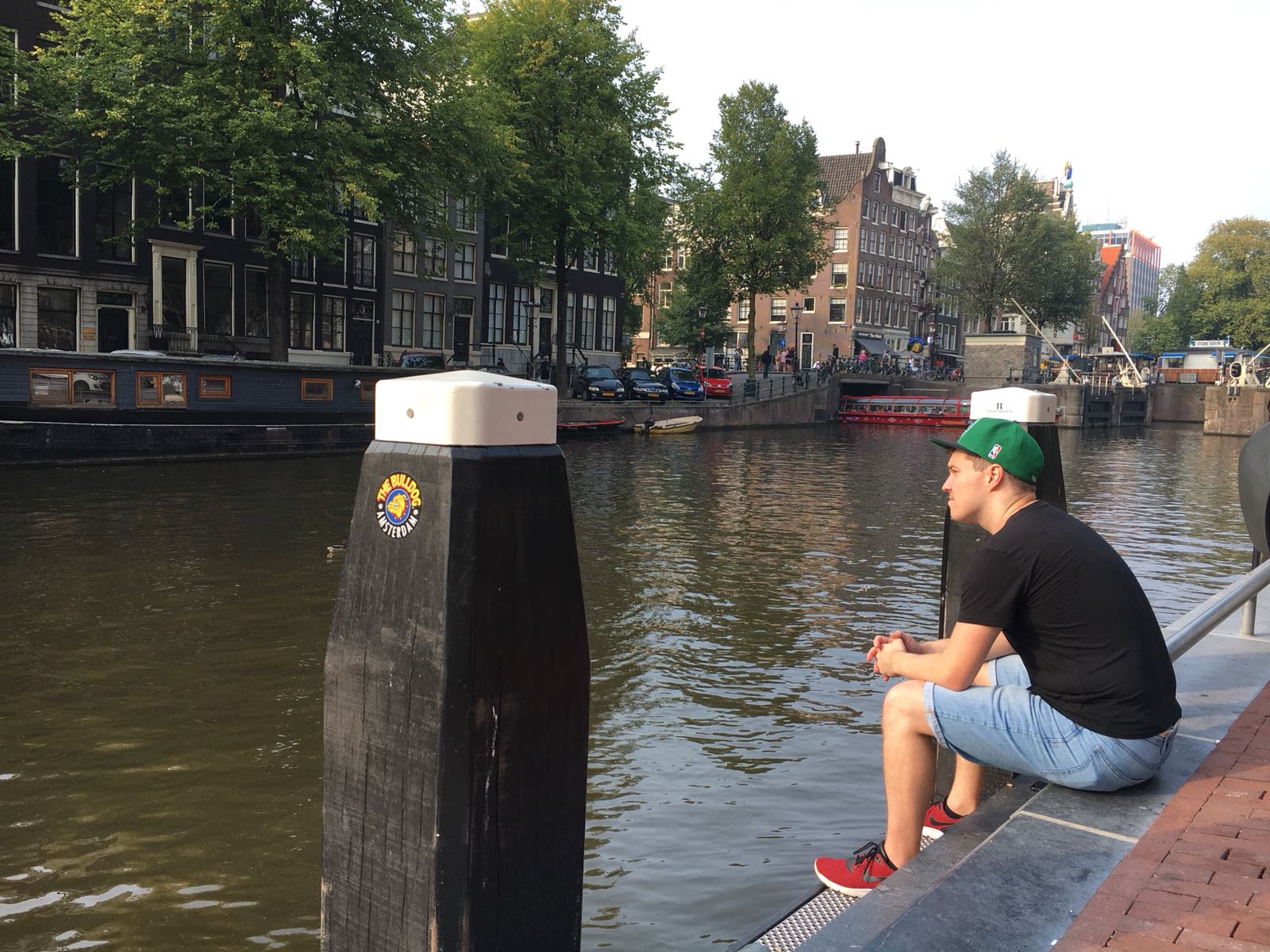 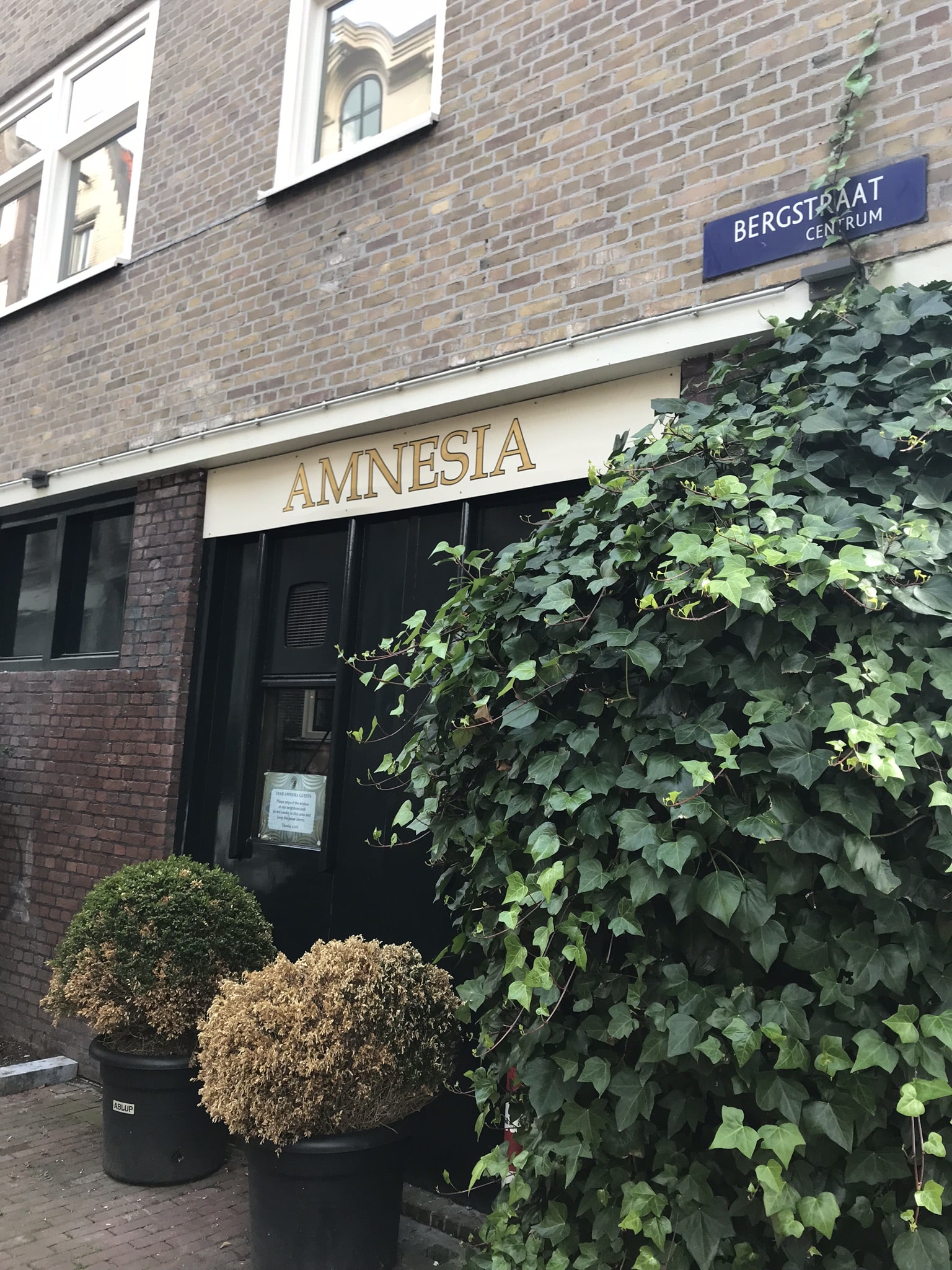 Since I have hardly any experience so far, I have been advised in this matter ;).I have to say in retrospect that it is not something I would like to experience more often 😛 But surprisingly there were very tasty drinks there! 😀 When I was sitting at the canal again, I still would have liked to drink a cold beer 😛 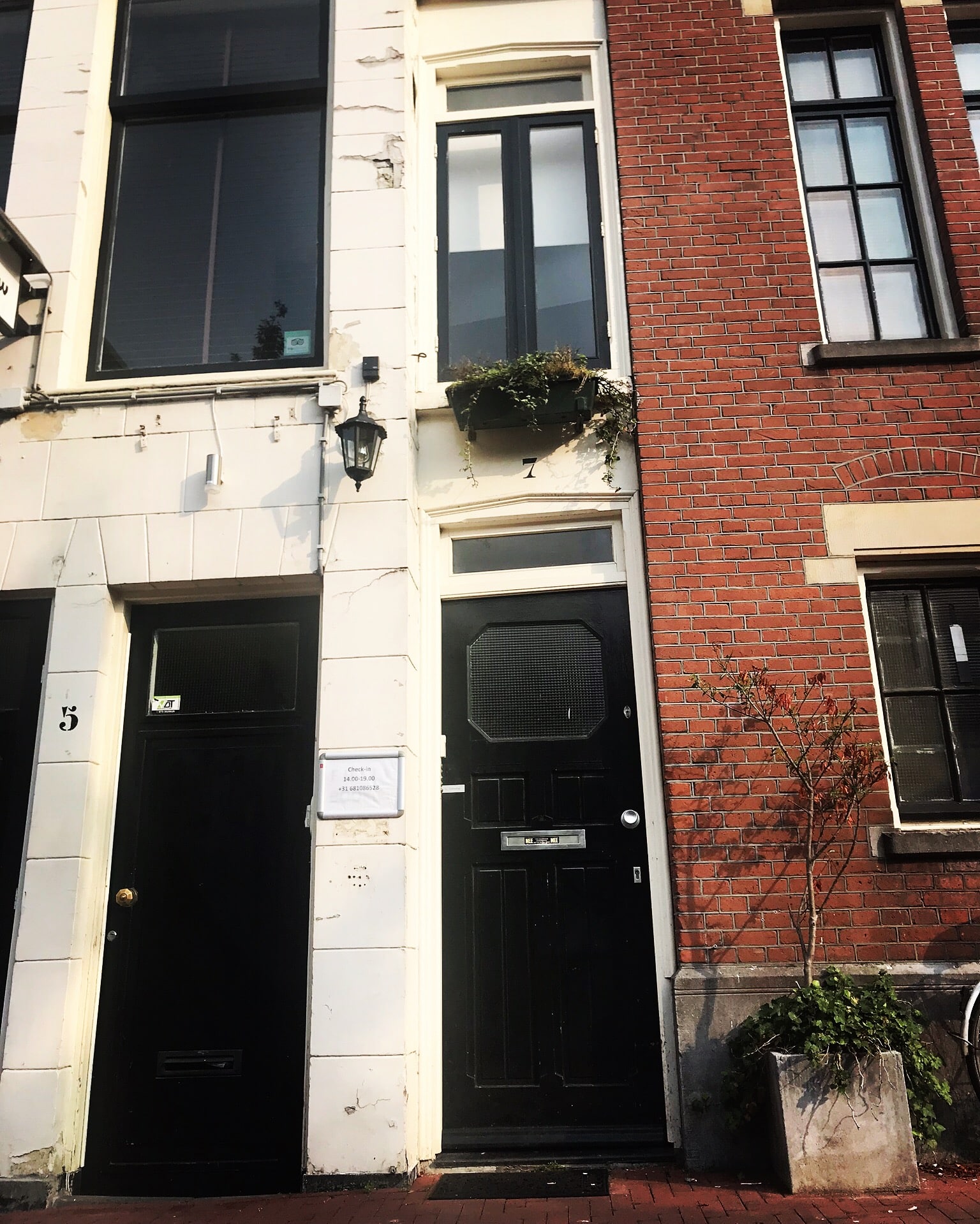 On the way to dinner, we saw a very, very small house (number 7). Then I thought about whether the house is really so narrow, or if I might be a little confused 😛 Anyway, now one thing I did know was that I was hungry! 😀 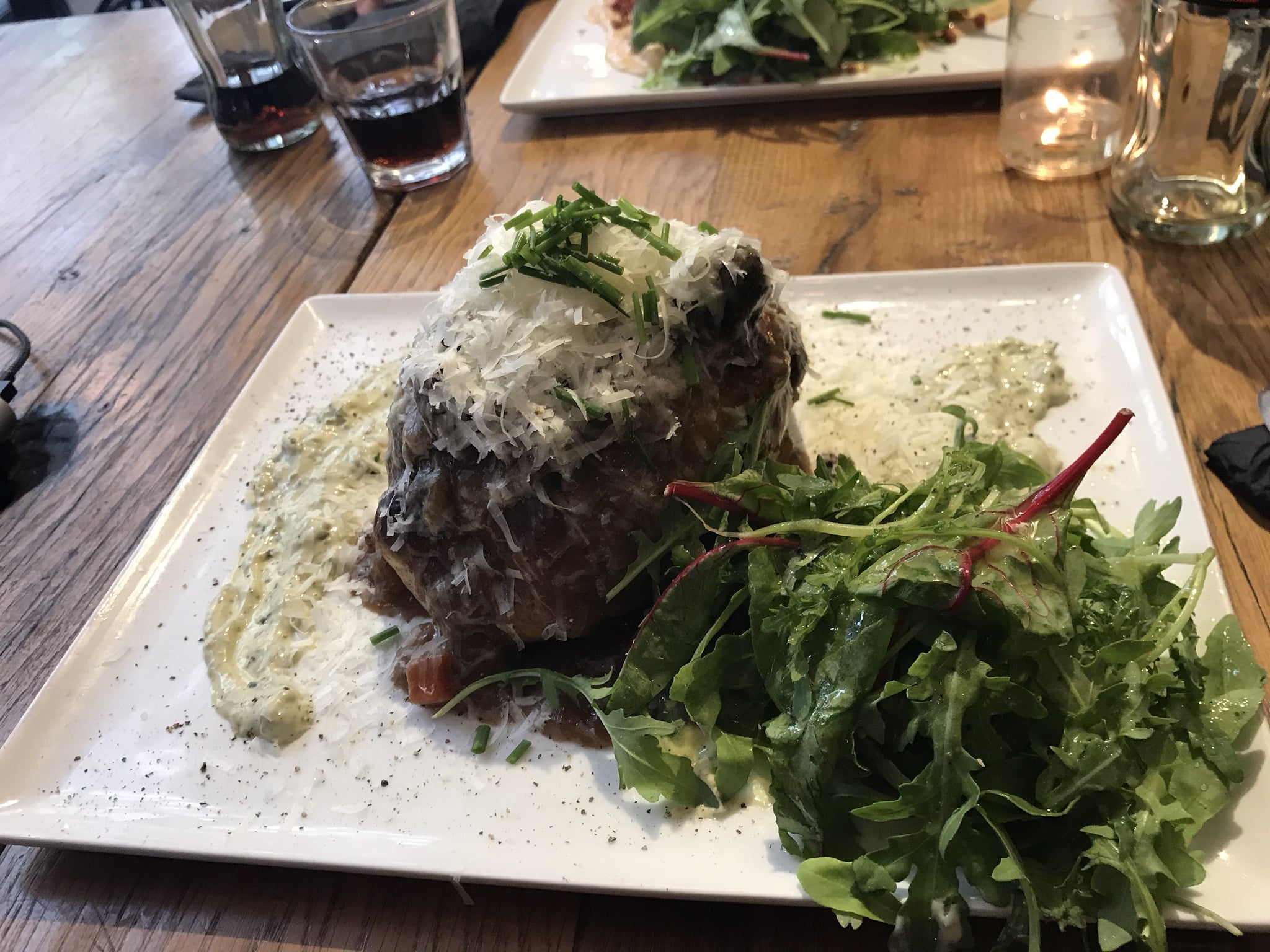 I enjoyed the food so much! I must honestly say that I get a little hungry again while writing this 😀

Amsterdam Tip 7: Be sure to eat at Jacketz! The best baked-potato I have ever eaten 😍

So a short, but very eventful day in Amsterdam came to an end 🙁

I can recommend Amsterdam without any hesitation! Especially in combination with a cheap flight, you can have a great time here 🙂 Of course, you can also stay here for a weekend or longer without getting bored 😀 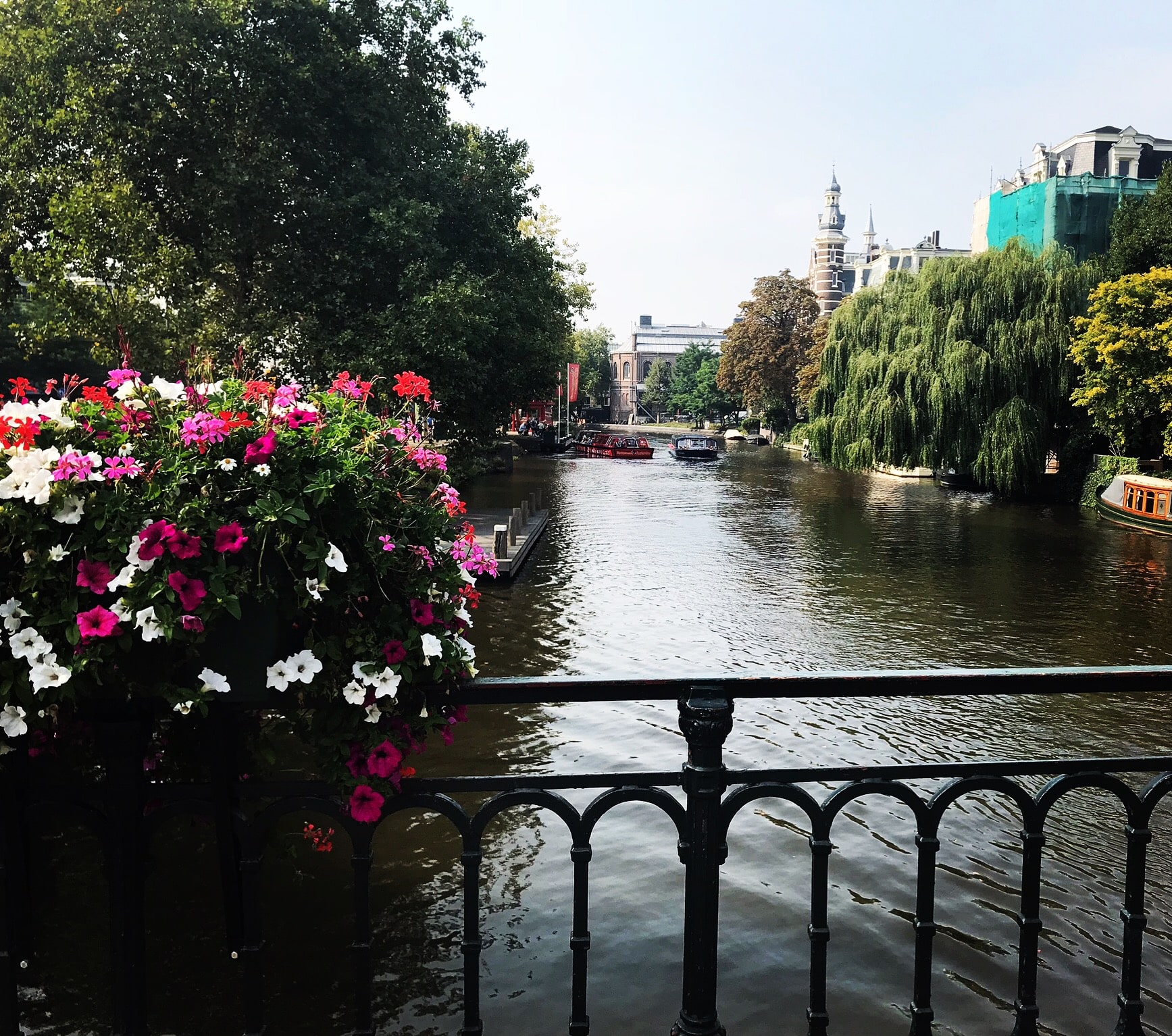 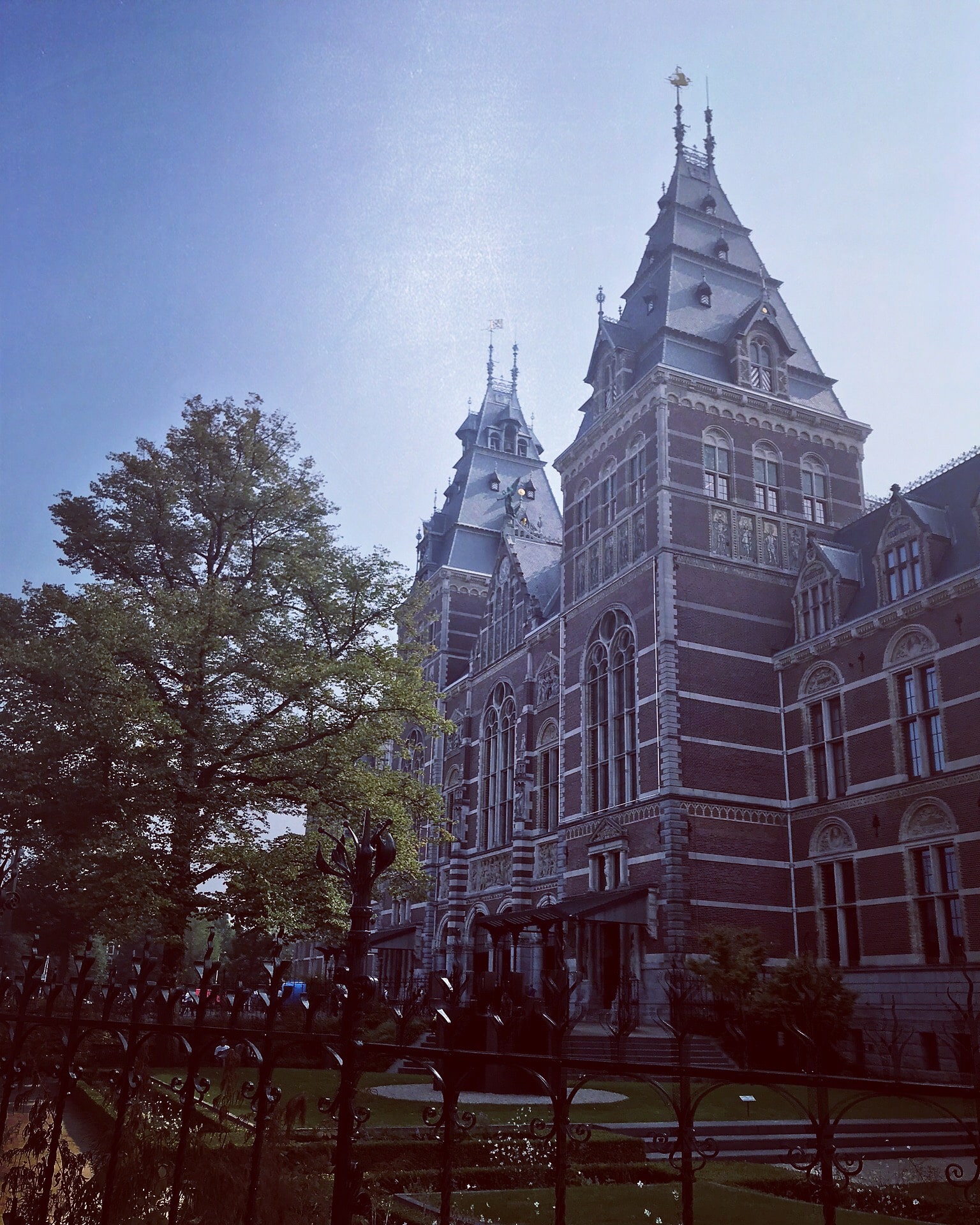