Since ancient times, the terrain that includes Boccadirio has been part of a wide mountain range related to religious memories, not just of Christianity, but also of Roman and Etruscan paganism. As a result, this is a very religiously charged place. The nature of these locales, with their undeniable allure, was especially suited to soul aberrations. Furthermore, these locations have always been significant, perhaps more so than we realize now because they served as a crossroads for the most difficult routes connecting the south and north of the Italian peninsula. 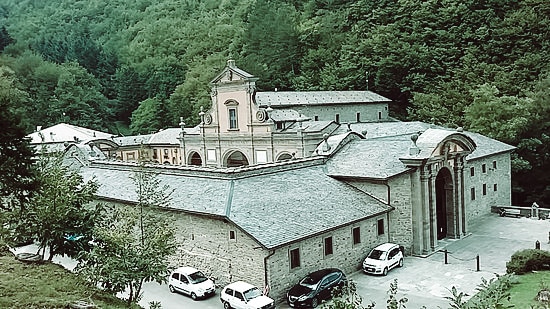 It’s enough to recollect the Futa’s razor-thin margin of victory. Other mule trails or simple routes could also be found. One of these flowed precisely from Roncobilaccio, up the Boccadirio valley and higher up to Mount Tavaniella, before returning to Montepiano and flowing into Tuscany.

It’s easy to see how these areas became reasonably populous, if for no other reason than to serve as important points of assistance and defense for individuals passing from one side of the Apennines to the other. These areas were places of elevated contemplation because of the suggestiveness of the sceneries and the green silences that adorned every valley of immediate beauty.

Pilgrims, drawn here by faith as much as reasonable curiosity, would like to not only hear, but also see, observe with their eyes the scene of the Apparition and recount it in minute detail, possibly by picturing such a sacred event. That’s all there is to it. ”Where, they ask, is the Madonna’s staircase when he came up here to Boccadirio? and where is the tub where he freshened his face? and the beech on which he showed himself? ”. Everything was made up by the mind, and it was used to artistically interpret several waterfalls in the valley that leads up to the sanctuary. After all, history isn’t made up; it’s based on sound reasoning. Boccadirio possesses them, to the point where prof. Paolo Guidotti, a gifted and devoted historian of local history and the sanctuary, declared at the conclusion of his investigations: “As far as I know, few sanctuaries in the region have a historical validity like this of the Madonna delle Grazie“.

Without diminishing a five-century tradition or the spirit of gratitude that pervades this location, the State Archives of Bologna provide us with the first and oldest testimony: a “LETTER” known as the “ANONYMOUS” written around 1580 by a nun of the convent of Santa Caterina in Prato known as Sister Brigida – when the memory of the visionary was still alive, some nuns who lived with her are still alive – says the letter. The “ORIGIN” of the Madonna di Boccadirio by Don Lorenzo Amorotti, parish priest of Castiglione dei Pepoli from 1609 to 1621, is substantially derived from this, but larger, written with sobriety and critical sensibility.

Even in this isolated enclave, global events have an impact. The French Revolution arrived in these mountains in 1796. The Executive Directory ordered the suppression of all lay brotherhoods, including the Blessed Virgin of Boccadirio, in 1798. The church has been rescued since it has been declared a subsidiary of Baragazza’s parish church.

Following the restoration and other turbulent events, the Archbishopric of Bologna took over the leadership and management of the Boccadirio sanctuary on January 7, 1925, appointing an administrator and a priest guardian of the sanctuary. We will just highlight two of these deserving custodians: Don Giuseppe Cangini, present in Boccadirio from 1907 to 1940 and Don Vincenzo Chiusòli from 1940 to 1946, leaving both examples of great faith and zeal for souls.

The cyclone of World War II has left its terrible impression in this secluded region, both in the buildings, including the temple, and in the ripped or decayed forests. There were no human victims thanks to Our Lady. Following the war, the Archbishop of Bologna was given a card. Giovanni Battista Nasalli Rocca has realized his ambition: to entrust the sanctuary to a religious institute; and in 1947 the Congregation of the Priests of the Sacred Heart, accepting the repeated invitations of the venerable Pastor, took over the management of the sanctuary, sending its religious to an environment and a field which, if it can give joy and spiritual satisfaction, also requires a lot of dedication and generosity.

Meanwhile, the new custodians, following in the footsteps of their forefathers and making significant sacrifices, gradually heal the wounds of human neglect and war in the building complex, restoring the cloister and providing a decent home for the custodian Priests; they then plant new plantations in the woods and search for and channel new springs. They then set on redoing or readjusting the road to the sanctuary with the support of the civil authorities, eventually succeeding in connecting the local road network to the Autostrada del Sole and obtaining the opening of the Roncobilaccio toll booth with tenacity and the Madonna’s help.

It’s comforting to see a growing influx to the Shrine, even if traditional means of pilgrimage are changing, once so vibrant and beloved even if they required days of trekking and the ever-increasing affirmation that the Mother of Graces appears here above all Mothers of Vocations. 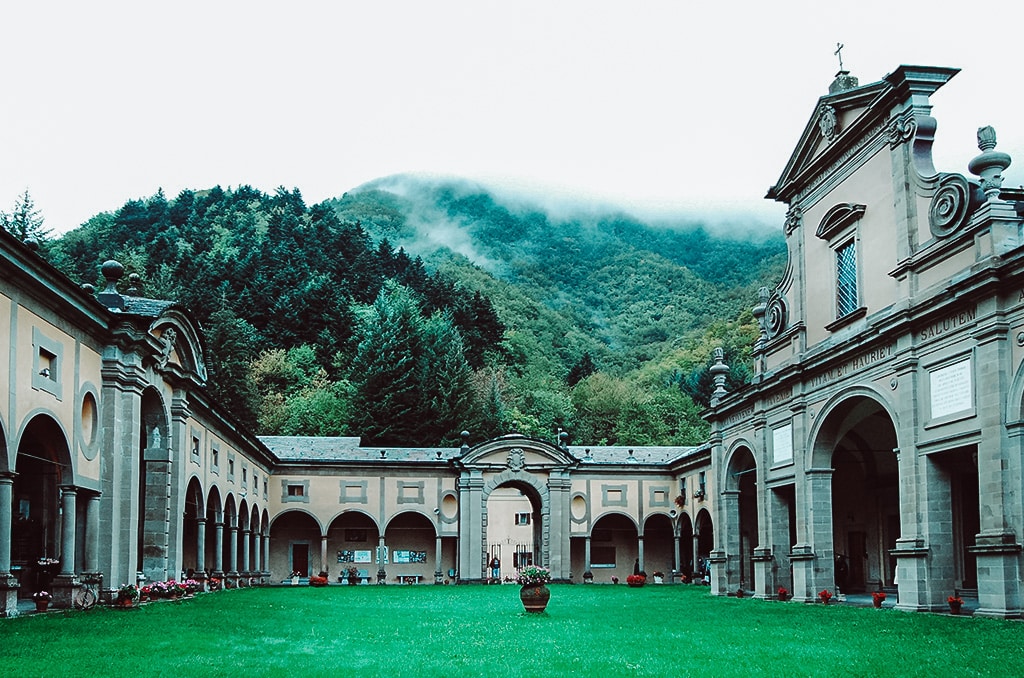