The crazy city of Marrakesh

One of the first decisions to make before embarking on the crazy journey through  Marrakesh is where to stay. You can choose to stay in the historic part, in a riad, small paradises in the middle of the confusion of the Medina or outside the historic area, in hotels 10 minutes walk from the medina, a much quieter area. I chose to stay in a hotel outside the medina and it was the best option for me.

As I arrived at night, I only started exploring Marrakesh the next morning. The first tourist spot I visited when I left my hotel was the Koutoubia Mosque, Marrakesh’s main temple, and one of the city’s calling cards. It was built in the 12th century, becoming one of the largest mosques in the Islamic world. It is impossible not to notice its 69-meter high minaret. 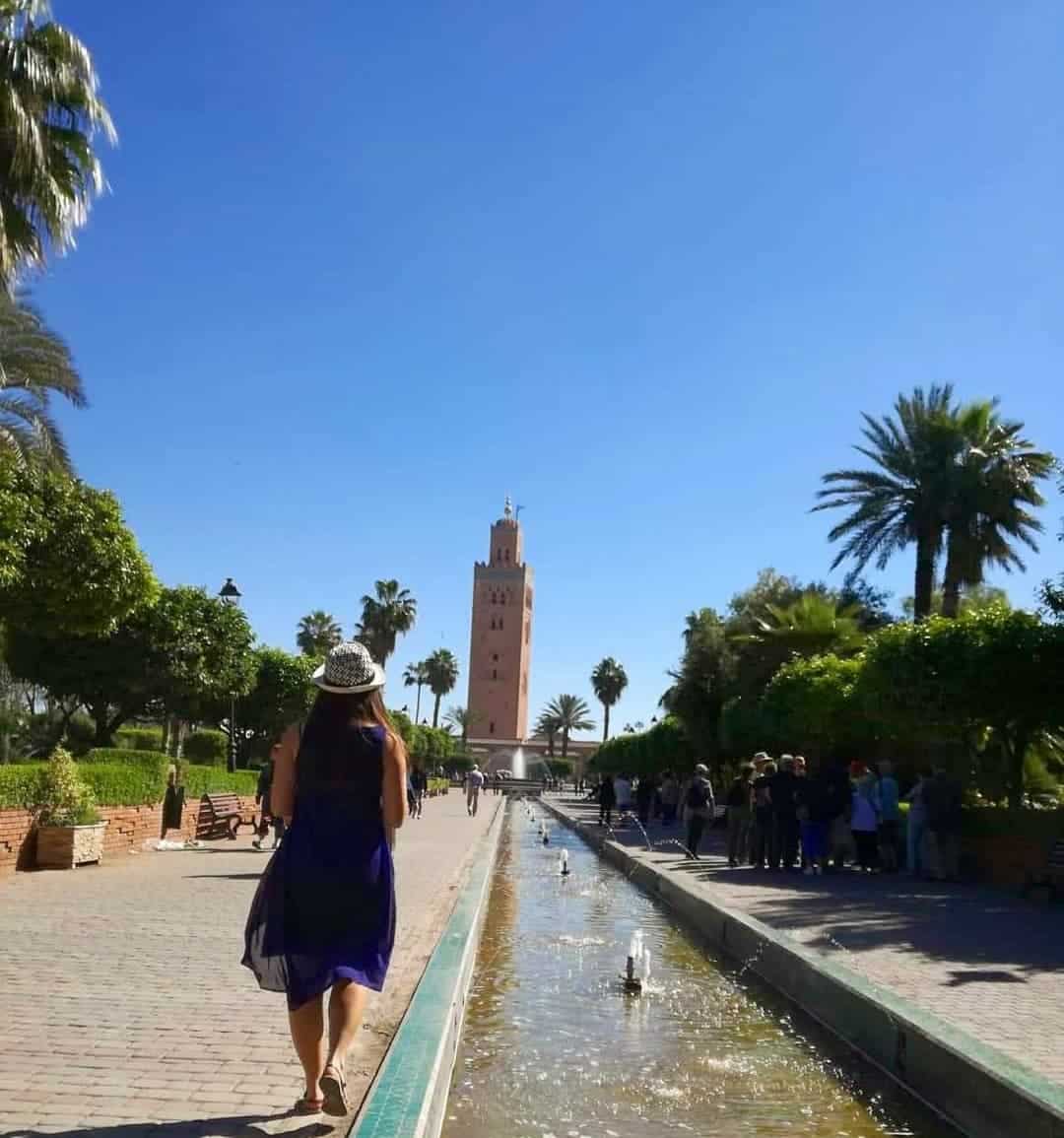 I continued to the famous Jemaa el-Fna Square. The square is teeming with people and life, with the smell of different types of food and spices getting more and more intense and so much noise that you don’t know what to focus on. The best you can do is to walk through the labyrinthine and narrow streets of this area and understand the true concept of the word chaos. Although if it wasn’t for my friend Google Maps I would still be lost inside the Medina. Cars are not allowed here, so it is normal to almost getting run over by motorbikes, donkeys, or bicycles. The truth is that you don’t see a single accident, since living in the middle of chaos is the reality of these people. You can enjoy the Souq, a traditional Arab market, and bargain with the vendors. Believe me, you will have to have a lot of power that argues, they are not easy to convince. They have been dealing with tourists for many years, they are true masters in the art of selling. After finding the exit of the Labyrinth I decided to visit El Badi Palace. It was built in the late 16th century by Sultan Ahmed al-Mansour to commemorate the defeat of the Portuguese at Wed al Makhazín (the Battle of the Three Kings).  It was nicknamed “The Incomparable”, as it had over 300 rooms decorated with the finest materials of the time: gold, turquoise, and crystal. Although it is in ruins, it was characterized by beautiful gardens and large swimming pools. Here you can have a wonderful view over the crazy city of Marrakesh.

The next stop was one of the most beautiful monuments you can visit in the city, the Palais Bahia.

It was built in the late 19th century to be the most impressive palace ever! It was built by Abdelaziz Si Moussa and took about 10 years to complete. It is 8 hectares in size and has 150 rooms that are joined together in various courtyards and gardens. I highly recommend a visit to Bahia Palace. It is a breath of fresh air compared to the chaotic city of Marrakesh. 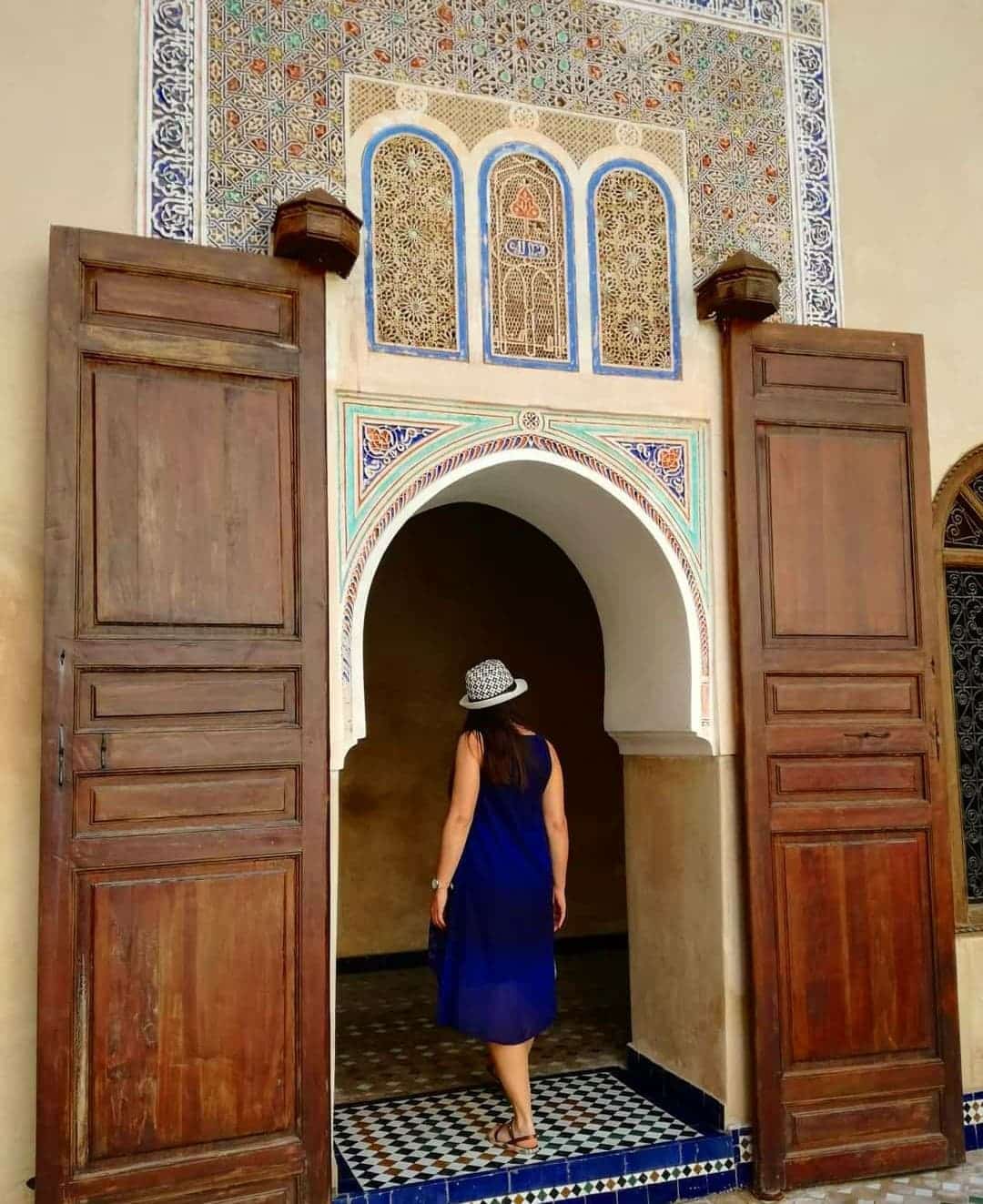 Another must-visit you have to do is The Majorelle Garden, it’s a garden where you breathe peace and tranquility. It has lots of plant species contrasting with the blue of the walls of the buildings. The whole garden looks like a painting.

If you have time you can visit other places like the Berber Museum, Bab Agnaou Gate, Medersa Ben Youssef, Saadian tombs, Menara gardens, and Le Jardin Secret. 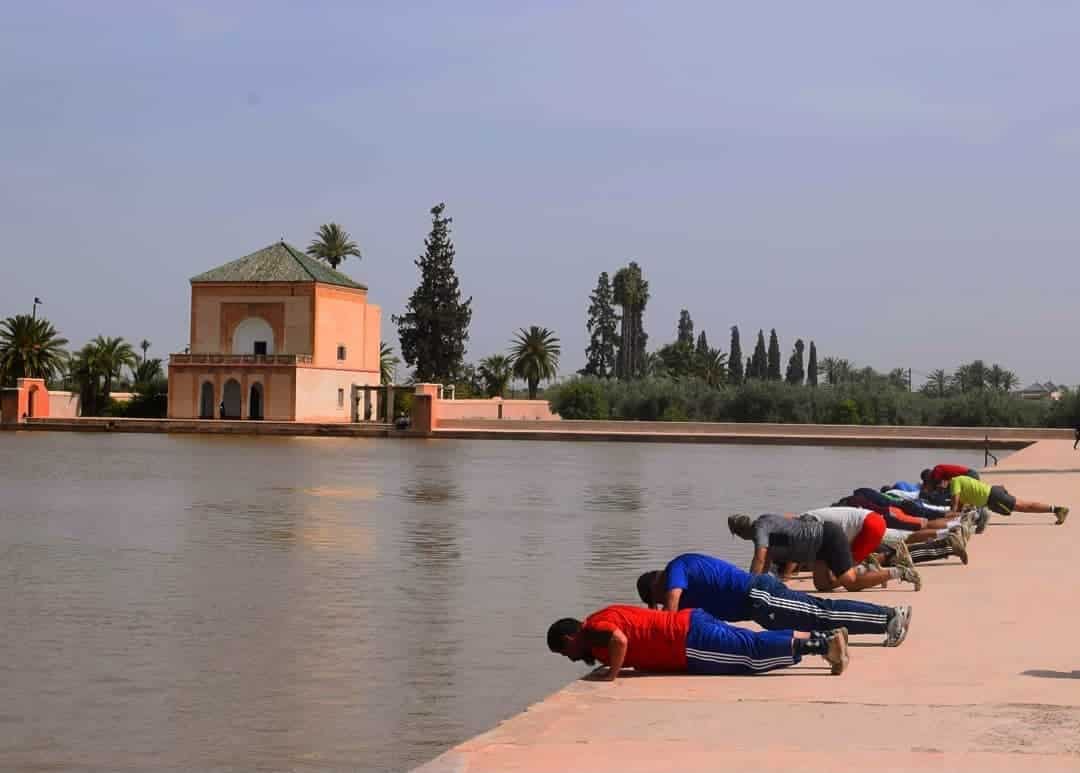 Despite the chaos, I liked Marrakesh. Among smells, noises, confusion, colors, beautiful moments, and hospitable people, you feel that the trip was very enriching and it is always good and important for your growth as a person to get to know other cultures and realities. Marrakesh is always a good idea!

Day trip to The Cape Point

Hey everyone, we are hoomies back with our next destination. Hope you all are doing great in life and hope our blogs give you inspiration and an internal rush to ... Read more

Hey guys, hope you all are doing good. We are back to continue our trip to South Africa together with you all. This blog is gonna be about some of ... Read more

A Day out in Table Mountain

Hey everyone, we are hoomies. Hope you all are doing good and in great health. Hope you like reading our travelogues and it encourages you to plan your life’s holidays. ... Read more

Things to do at the Ostrich Farm

Hey everyone, we are hoomiesclub back again with a new adventure. Hope you all are doing good and in great condition. We spoke about the very famous Garden route and ... Read more

Best things to do in Sal Island

Sal Island was colonized by the Portuguese and is part of the ten islands belonging to Cape Verde, a country located in Africa. Sal is one of the smallest islands ... Read more

GROOVING INSIDE THE CANGO CAVES

Hey everyone, we are back as we promised with the next part of our trip to Oudtshoorn. As we told you guys before, we reached our rooms by evening. The ... Read more