The Grand Palace in Bangkok

Today I tell you about my planning in the land of the white elephants or more precisely, in Bangkok the capital of Thailand. After my arrival in Bangkok – after a flight from Phuket – it is already 6 o’clock in the morning and we arrived at the airport at 5 o’clock. That was very little time to rest. Actually, what makes me giddy is that we were traveling with so many different people, all of whom had different thoughts and desires. Because you can say that I am a person who loves to explore more the history of the city I visit. But out of 5 people who were on vacation with me, only 1 person agreed with me.

Let’s put that story aside for now. When we arrived at the hotel, I immediately asked for permission to shower, why? Because I couldn’t check in until 1 pm and I didn’t want to wait for that. So I could immediately go to the restroom, put my bags down and also finally take a shower. I am very happy that I often meet these friendly people in Thailand. No matter if in hotels in Phuket or in hotels in Bangkok. Before I explore the city of Bangkok, I first have breakfast. I go to a restaurant near my hotel and eat Hainam rice. This is the happiest day for me because as long as I am in Thailand, I rarely find rice. 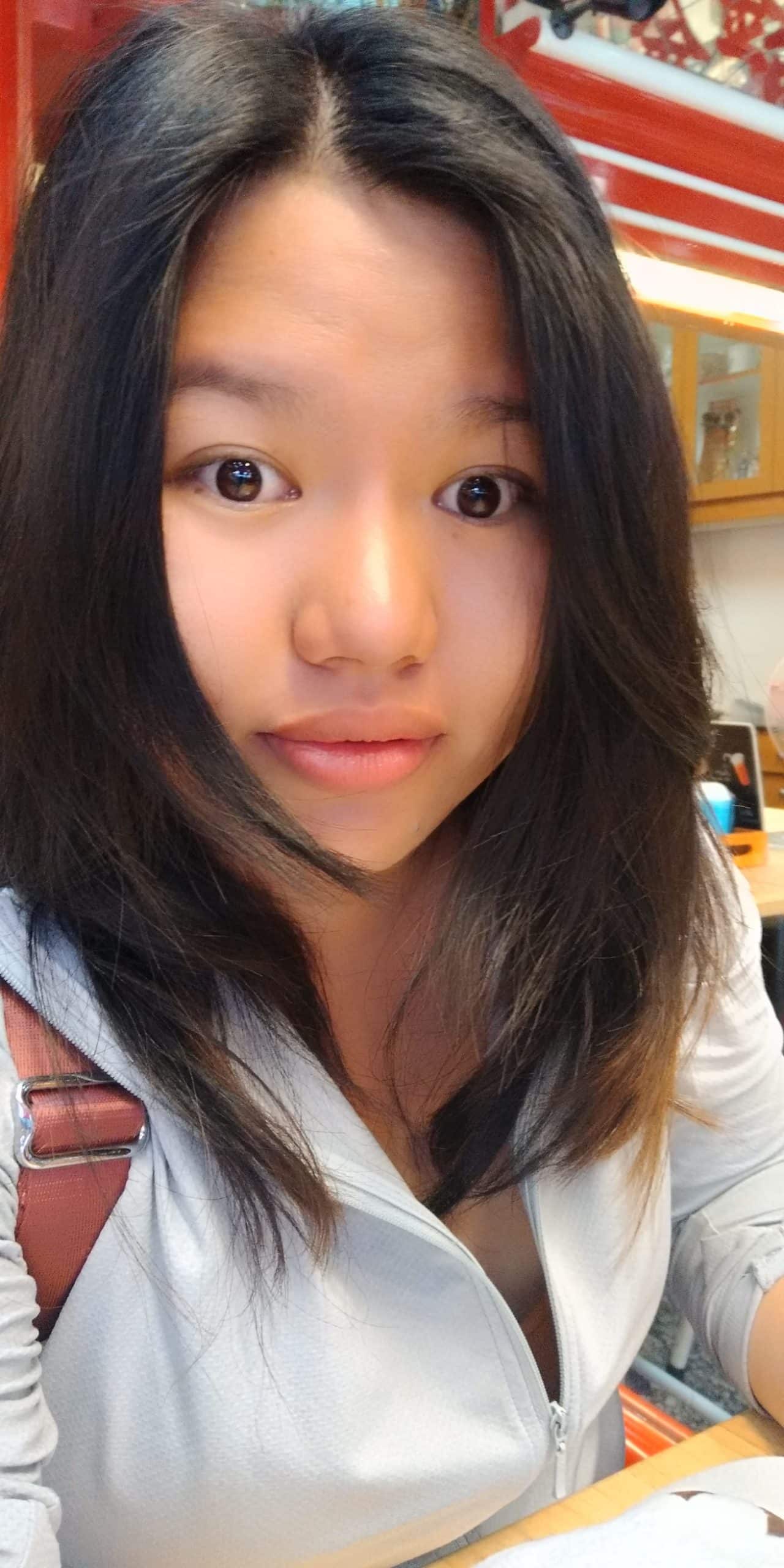 After that, my friend and I went straight to the Grand Palace – or in Thai Phra Borom Maha Ratcha Wang. This is a palace building complex in Bangkok, and also the residence of the King in Thailand. But the IX King of Rama doesn’t live here if I’m not mistaken. The name of his residence is Chitralada Palace. But it is a really beautiful place and I recommend you to visit the Grand Palace and enjoy it in all its splendor. 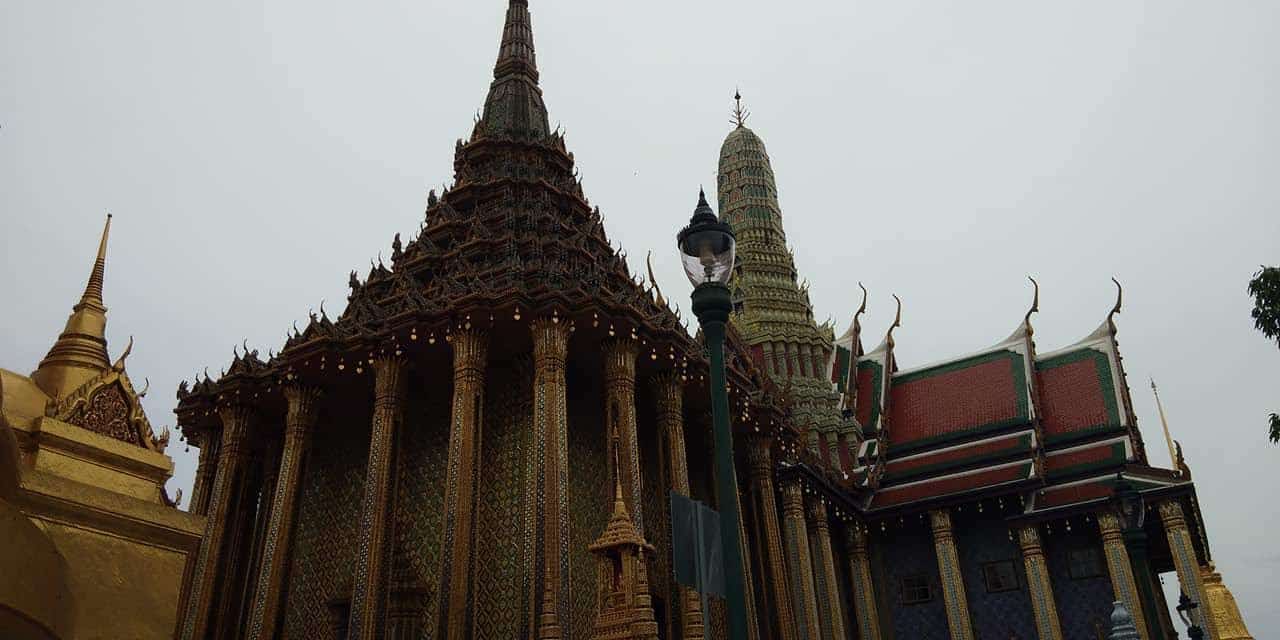 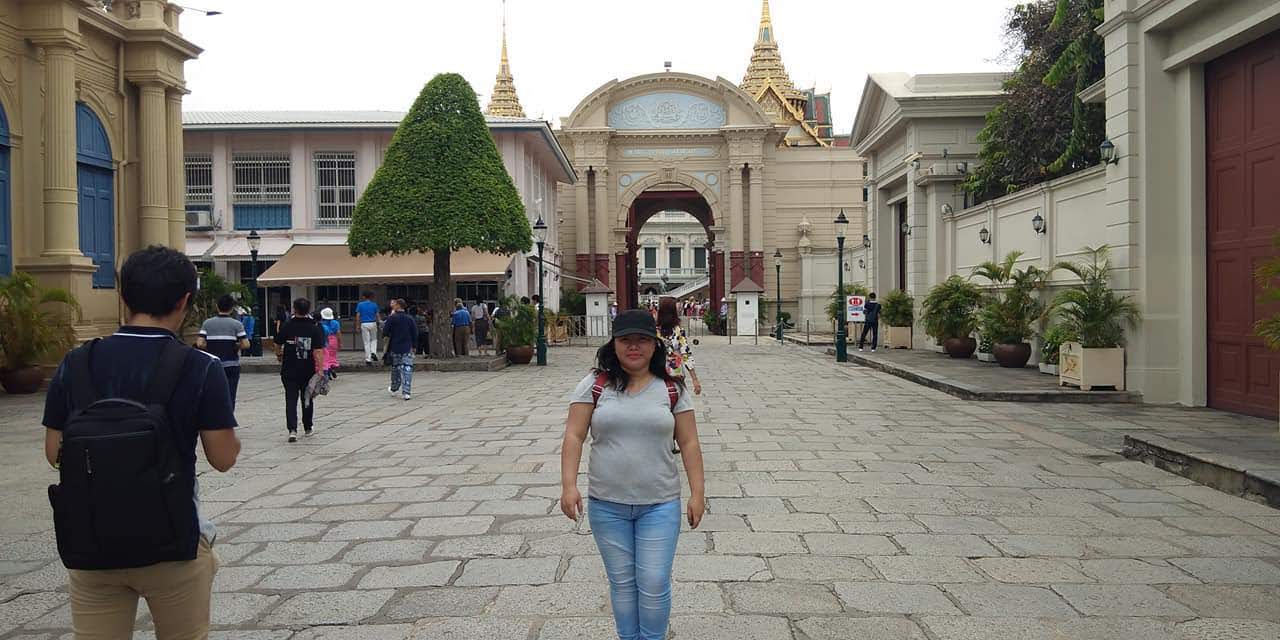 When you are here, try to go to Wat Phra Kaew or the Temple of the Emerald Buddha. It is unfortunately very crowded there because everyone wants to see the Emerald Buddha. I also recommend Phra Kaeo Morakot (Phra Phuttha Maha Mani Rattana Patimakon). This is a place that has the name Wat Phra Si Rattana Satsadaram. It is a very important destination. This statue of Buddha Gautama in the lotus seat is made of jade and covered with gold. Every 3 seasons (summertime, rainy season, and wintertime) the king will replace him. 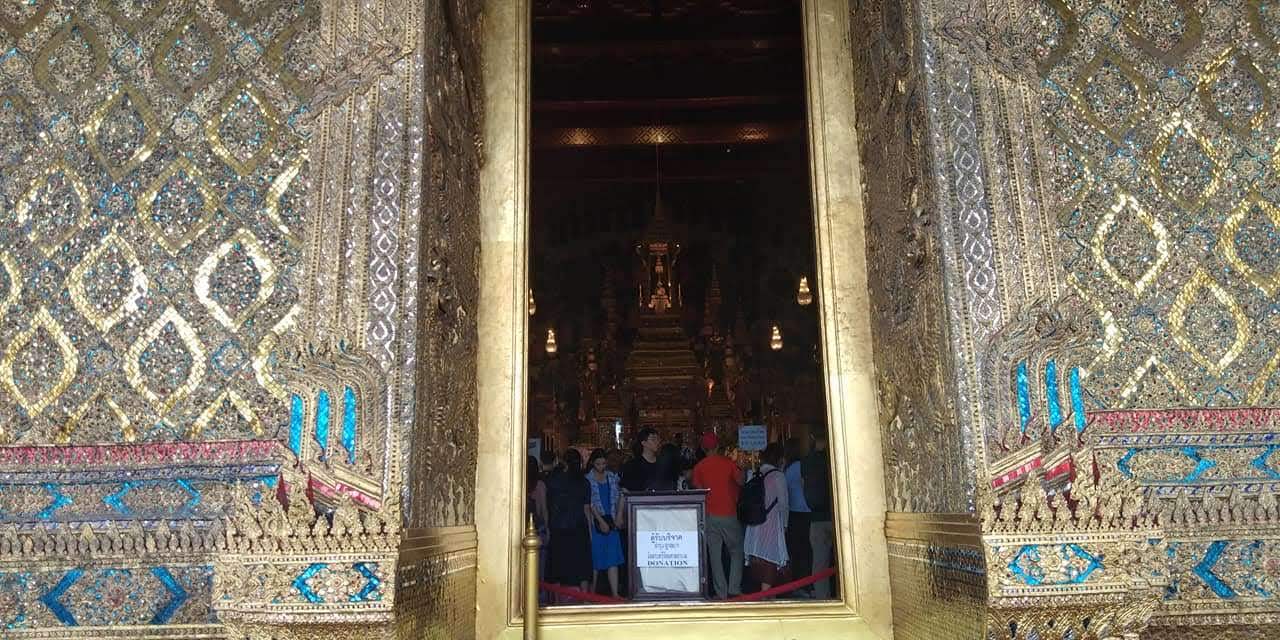 Not only that, you can see the monuments of the royal regalia or Phra Borom Ratcha Sanyalak. The first monument in the northwest corner shows the emblems of the first three kings. Rama I (crown without ear ornaments), Rama II (garuda), and Rama III (three-door vimana). The southeastern monument houses the emblem of Rama IV (royal crown), and the southwestern monument is the emblem of Rama V (Phra Kiao or crown). The fourth monument in the northeast corner depicts the symbols of the four kings: Rama VI (thunder or vajra), Rama VII (three arrows), Rama VIII (a bodhisattva), and Rama IX (throne and octagonal chakra).

When you get there, don’t be surprised to see a lot of big statues. The big statues can be found in every corner of the Grand Palace. I mean Yaksha was the name of the guardian demon. When I was in the Grand Palace, I had a guide who said that Yaksha will guard the evil. So the evil stays outside the palace, so when we are in the palace, there is only the good. And when we come out of the palace, evil will not come out. If I am not mistaken, the number of Yaksha Kalua is 6 pairs because they guard the six temple gates along the three sidewalls. You can see the difference between each yaksha. They all differ in color and crown. The names of the yaksha are Suriyaphop, Intarachit, Mangkonkan, Wirunhok, Thotsakhirithon, Thotsakhiriwan, Chakkrawat, Atsakanmala, Thotsakan, Sahatsadecha, Maiyarap, Wirunchambang. But in the palace, there are also many statues of mythological figures. Seven pairs of mythological figures decorate the palace terrace, half-human, half-animal creatures that traditionally inhabit the mythical forest of Himavanta. 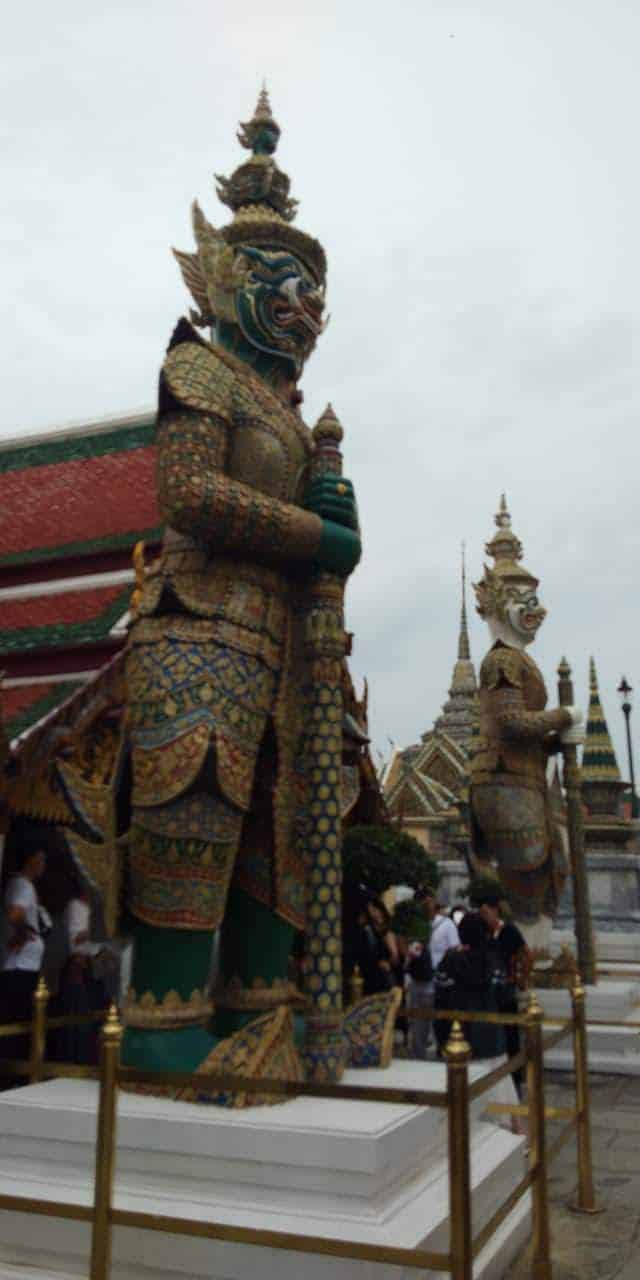 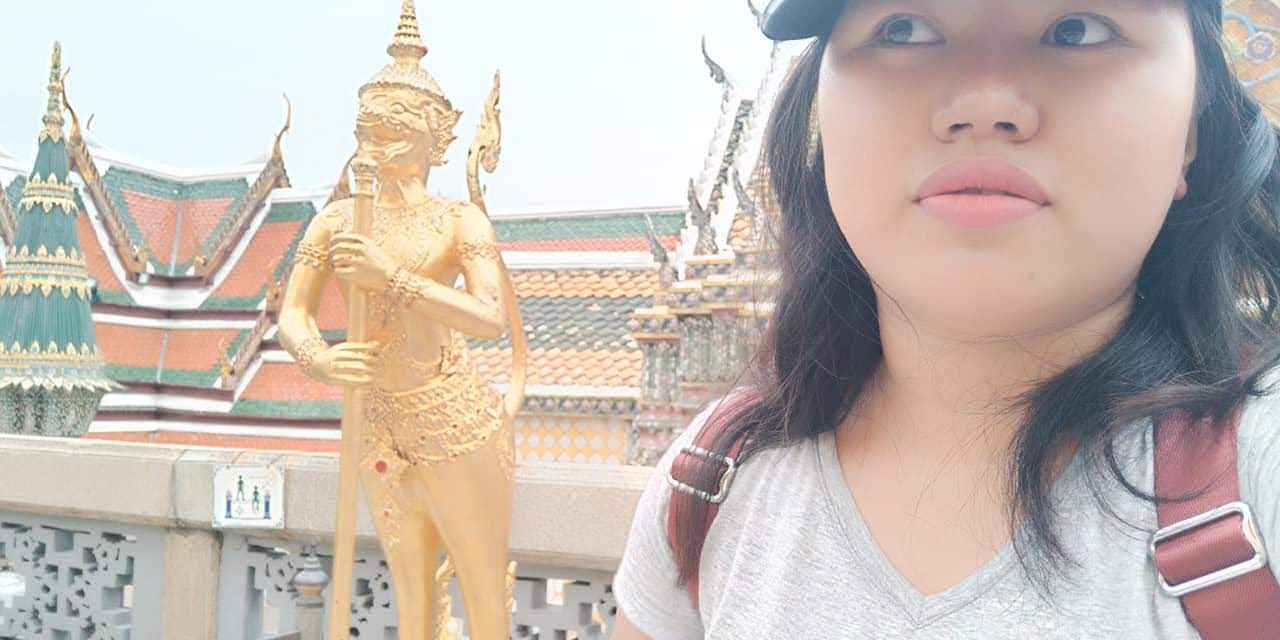 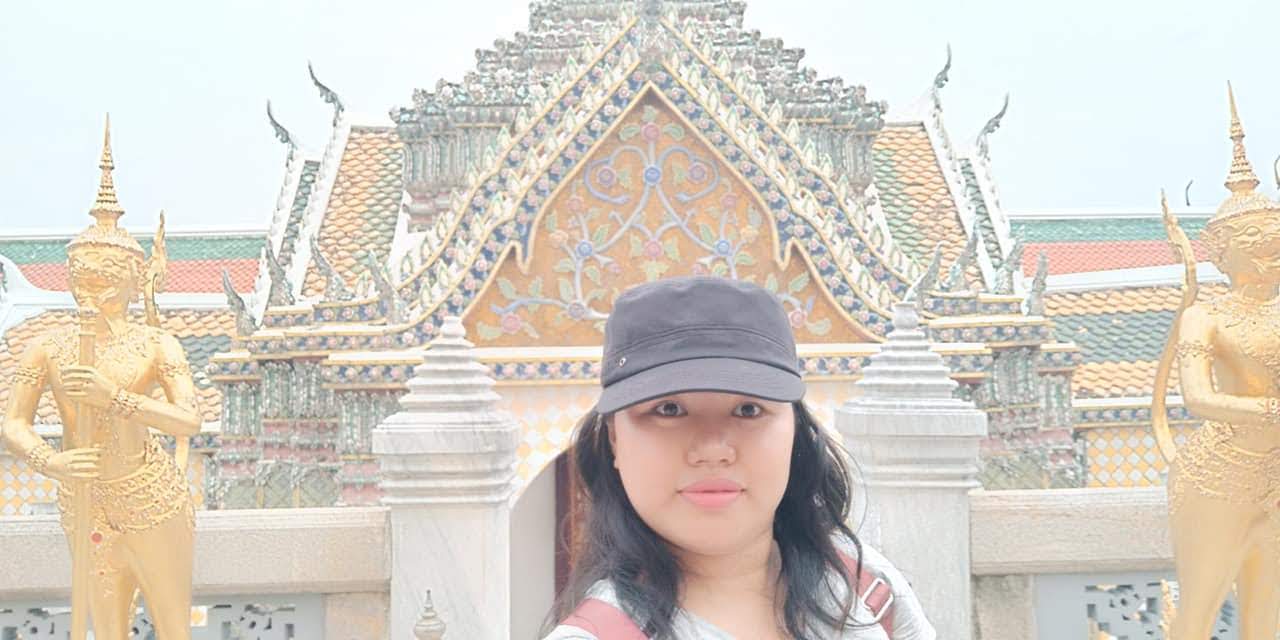 This time I have told you only very long from one place. But there is much more to discover and to tell. Let’s continue the story.

There is one thing that confused me. Phra Si Rattana Chedi is also a model of Angkor Wat and Ramakien Gallery. A ticket here costs 500 Bad. I was confused because it was said that the white elephant does not mean that the elephant is albino. But there were certain characteristics and I, unfortunately, forgot about them. When I finished, I went to Wat Pho and Wat Arun, later I will tell you about Wat Pho and Wat Arun. 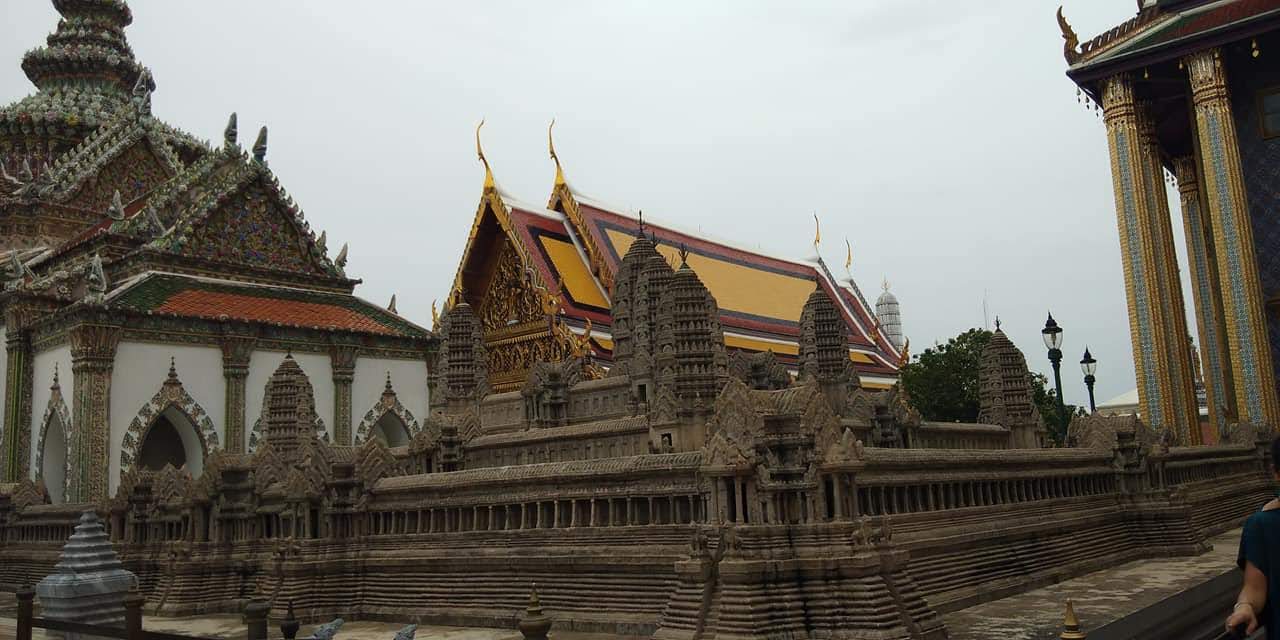