I wish immensely that you know this wonderful river, emblematic and mysterious, is one of the few free rivers that exist in the world, travels a large territory, high and remote mountains of the Sierra Madre Occidental, desert, forests, valleys, mangroves, different climates, regions, hosts extraordinary biodiversity, is an important economic precursor for thousands of Mexican families, due to the different agricultural activities, but above all we value and preserve this beautiful monster.

🗺Closest to one of the arms: 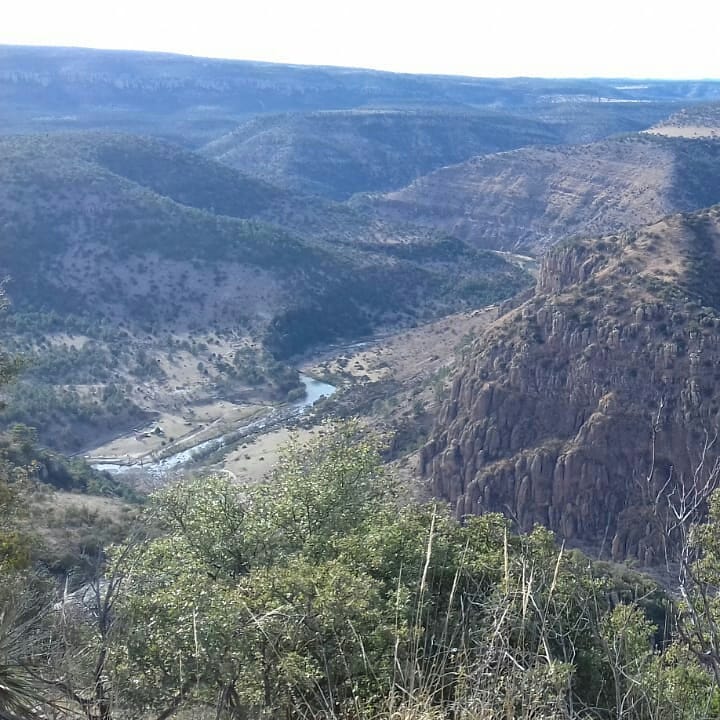 The coastal river flows into the Pacific Ocean. the arms are connected to the following lagoons:

The Basin of this wealthy river covers nearly three million hectares that connects the amazing Chihuahua Desert with the Gulf of California. 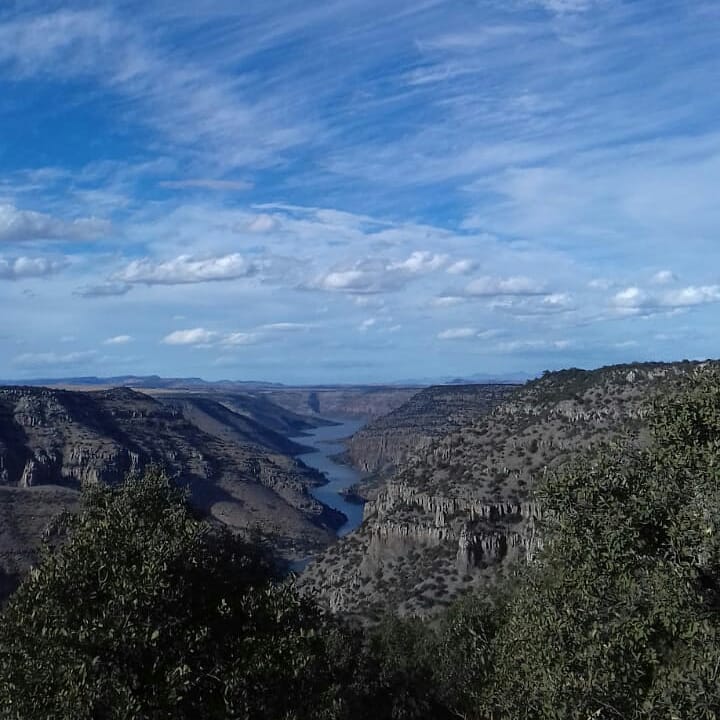 A mysterious river, close in appearance, its access is complicated so it cannot be reached by car and by trail is high risk… Ethnic groups and nearby populations are the only ones who have had the privilege of being near this dense water. 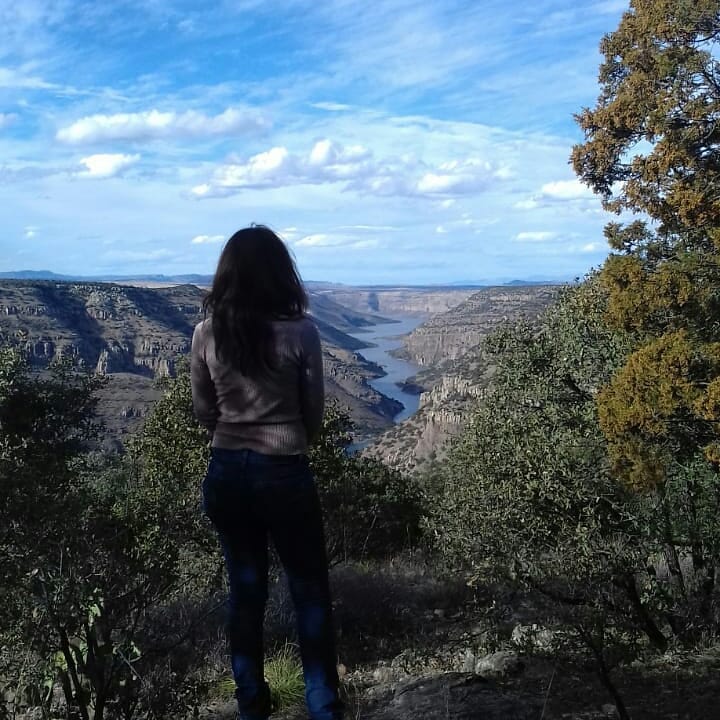 Important facts about this incredible river:

-It houses the largest mangrove swamp in the North Pacific

-It is the only river in the Americas that connects the two most important biogeographical regions, the neotropical and neoarctic.

-The activities carried out by small communities are: Agriculture, livestock, forestry, fishing, shrimp and oyster farming. 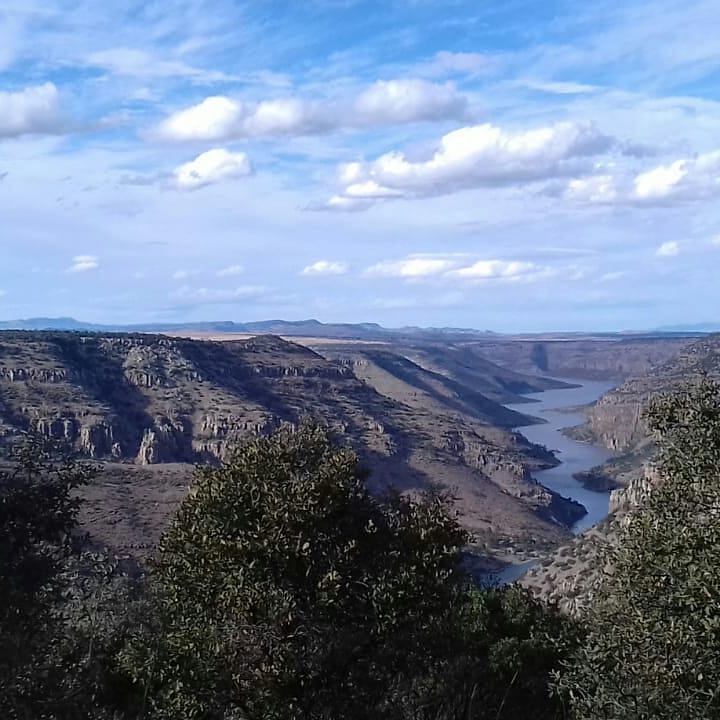 prisky, make yourself at home… 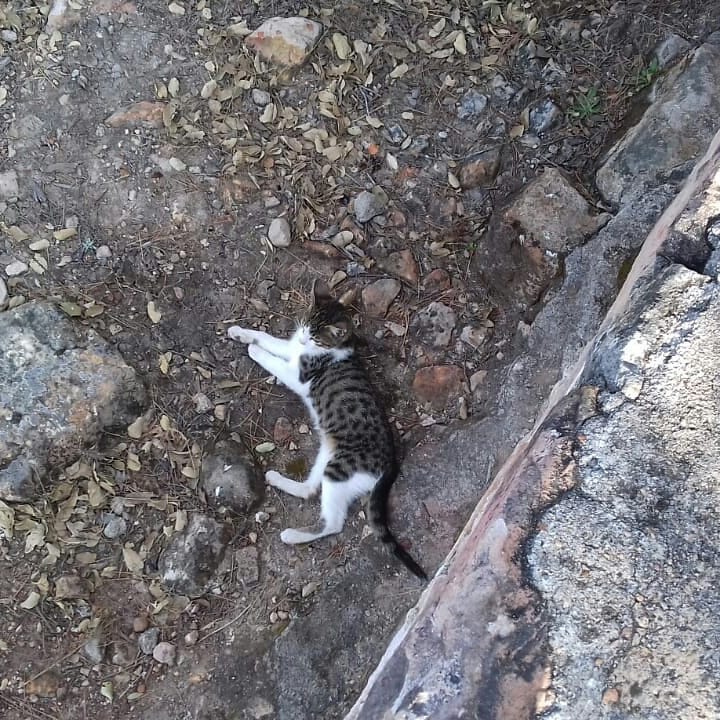 I almost convinced myself that that wild cat was a cougar🤗😅 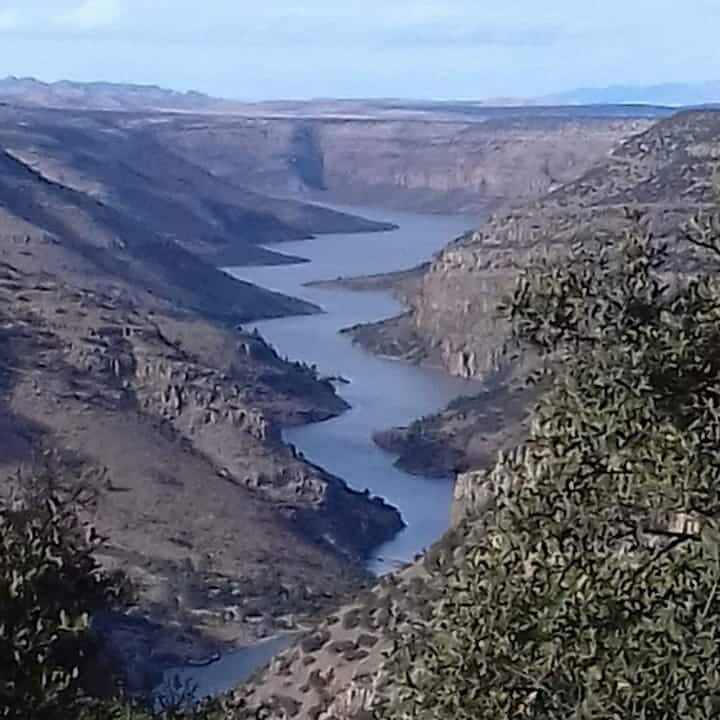 I’d love to give you the coordinates for this view, but unfortunately I don’t, I’ll keep digging, as long as it’s the closest shot of this giant.

the following places…are among this great river, I recommend them!…

📌is located in the municipality of Nombre de Dios, 53 km southeast of the city of Durango by highway 45.

three waterfalls formed by the water of the river: 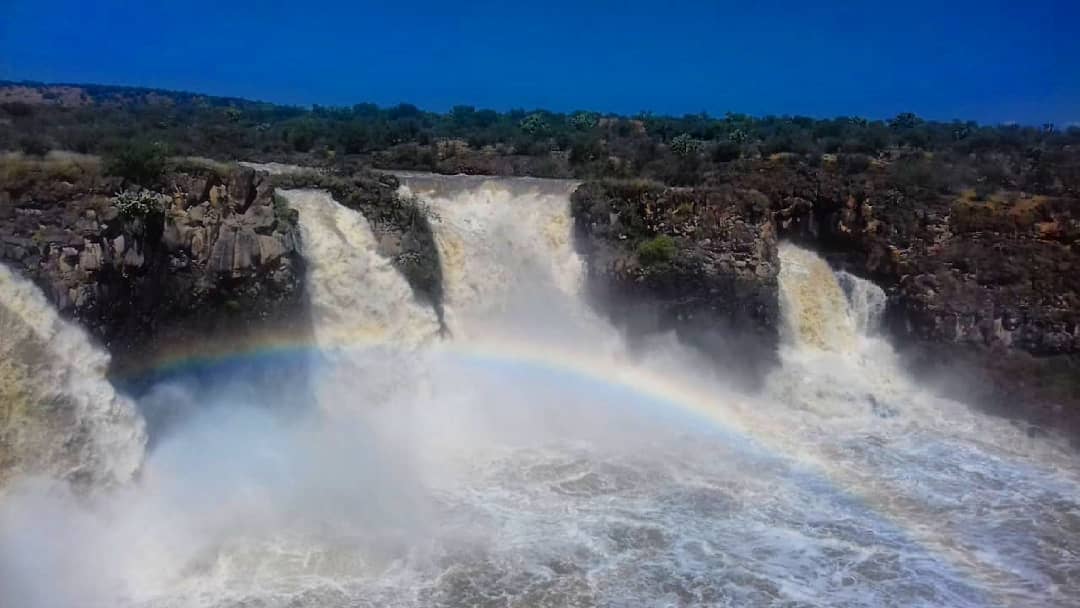 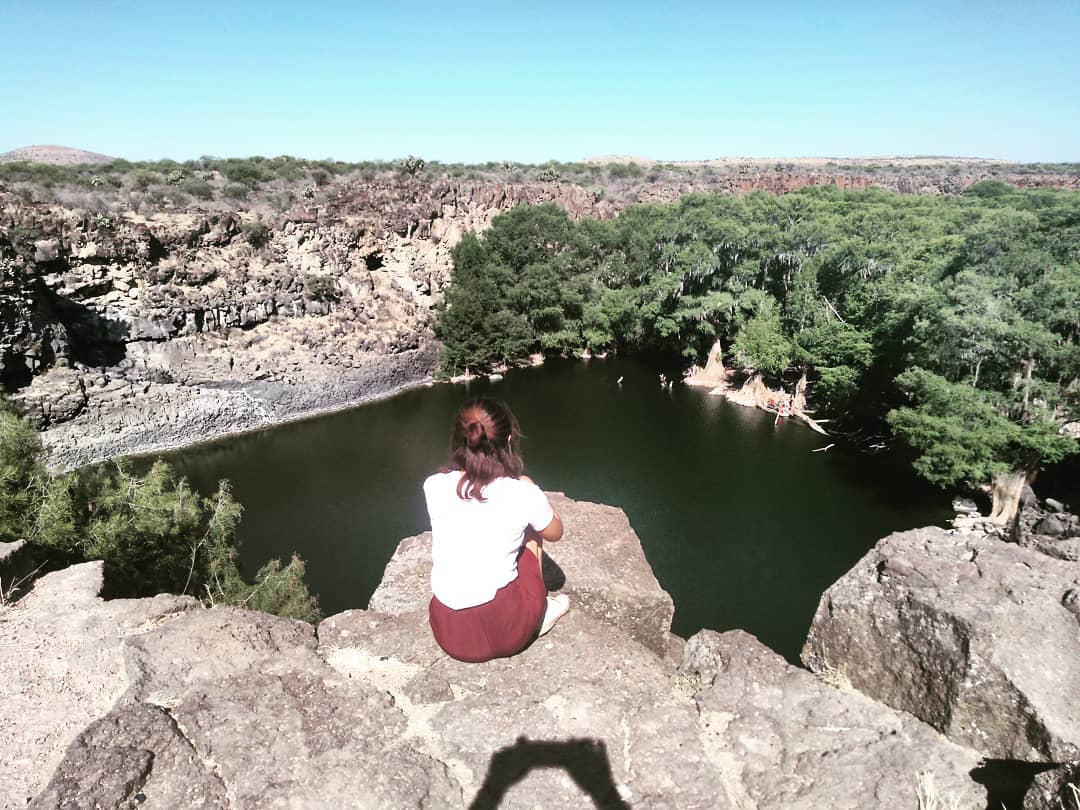 It is the national tree of Mexico one of the longest species and these are found in large part on the route of the Mezquital and Saltito. 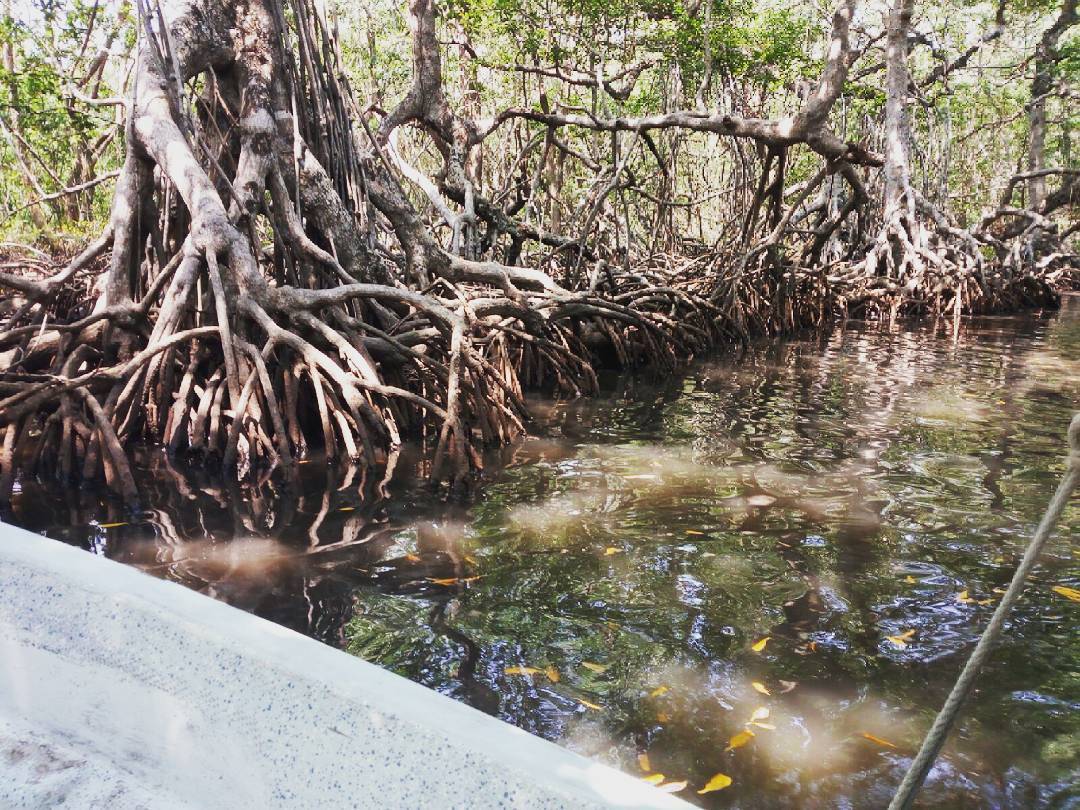 The Saltito is a family place, you will find business and parking. It is actually a very important place in the state of Durango so it is very crowded. It is important to emphasize that there is an oversight and environmental deterioration, we can all have fun, enjoy nature while respecting it, avoid littering! 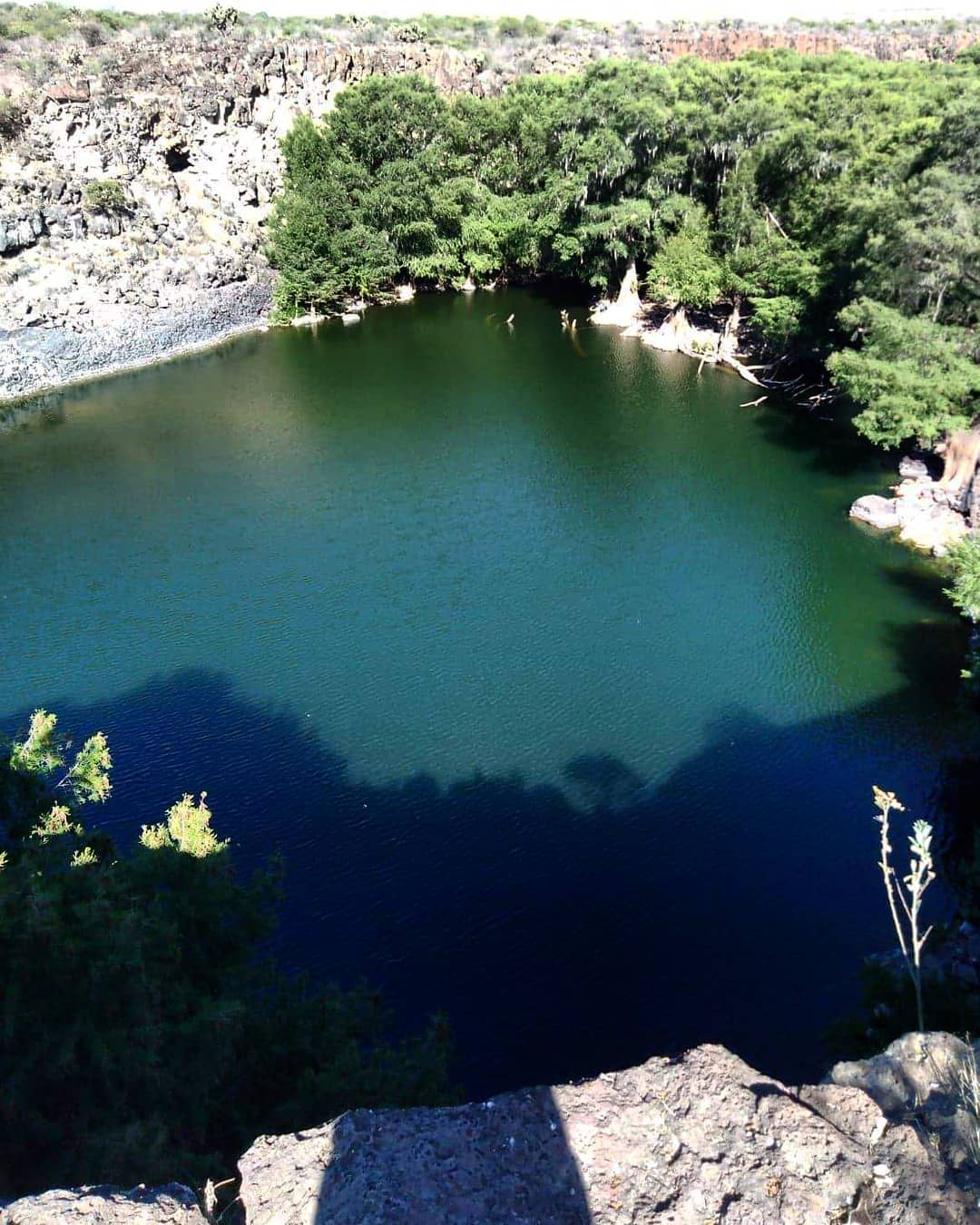 📌Located in Villa Ocampo, 29 km north of the city of Durango on Highway 45.

The dam is an important point for the San Pedro River.

Pours water from the rivers, rains and dams. 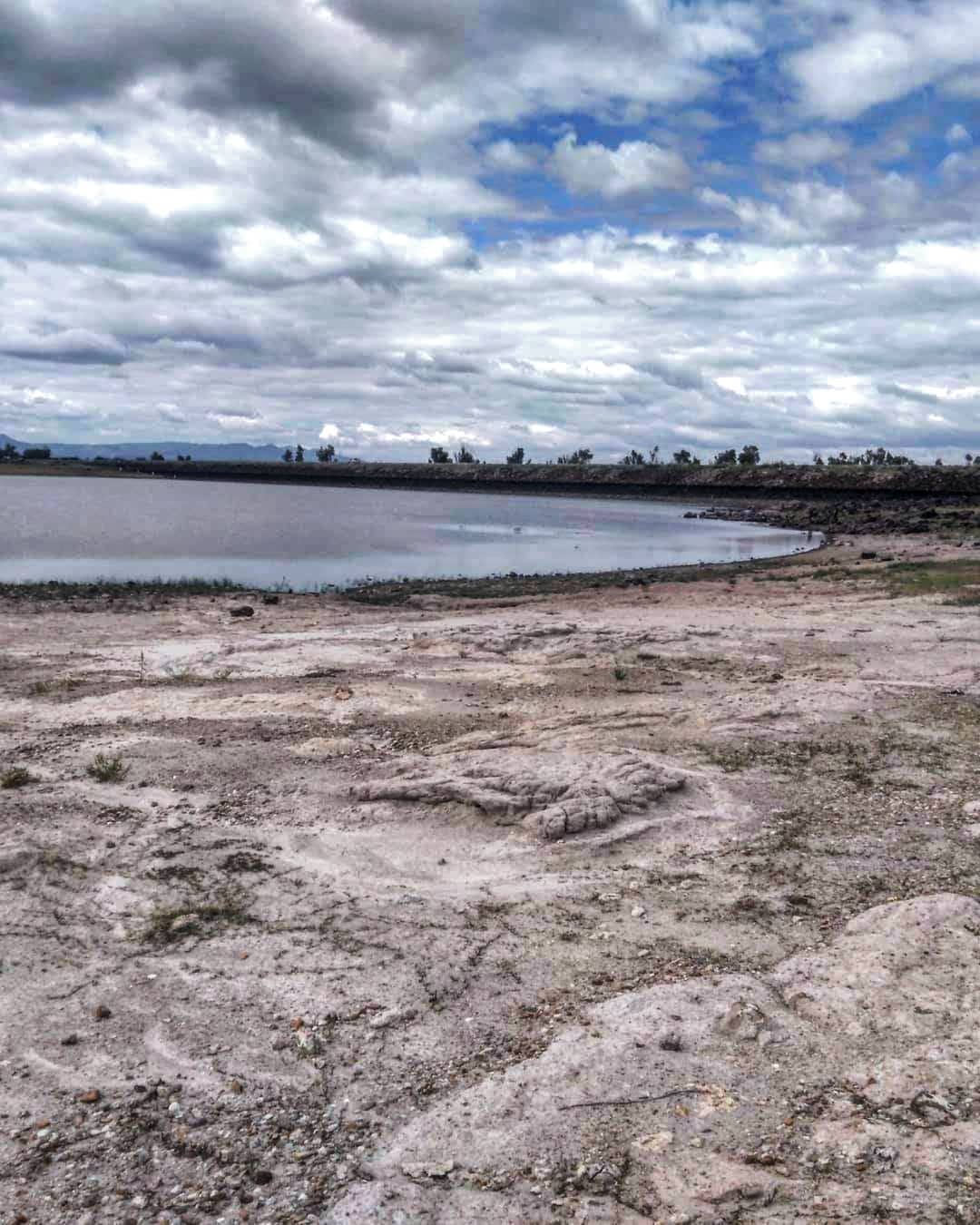 A pleasant place to enjoy nature, it is important to take care of every corner, you can practice sports such as water skiing, sport fishing (not to my liking), or just walk by boat or boat, make a long walk to the shore of the dam. 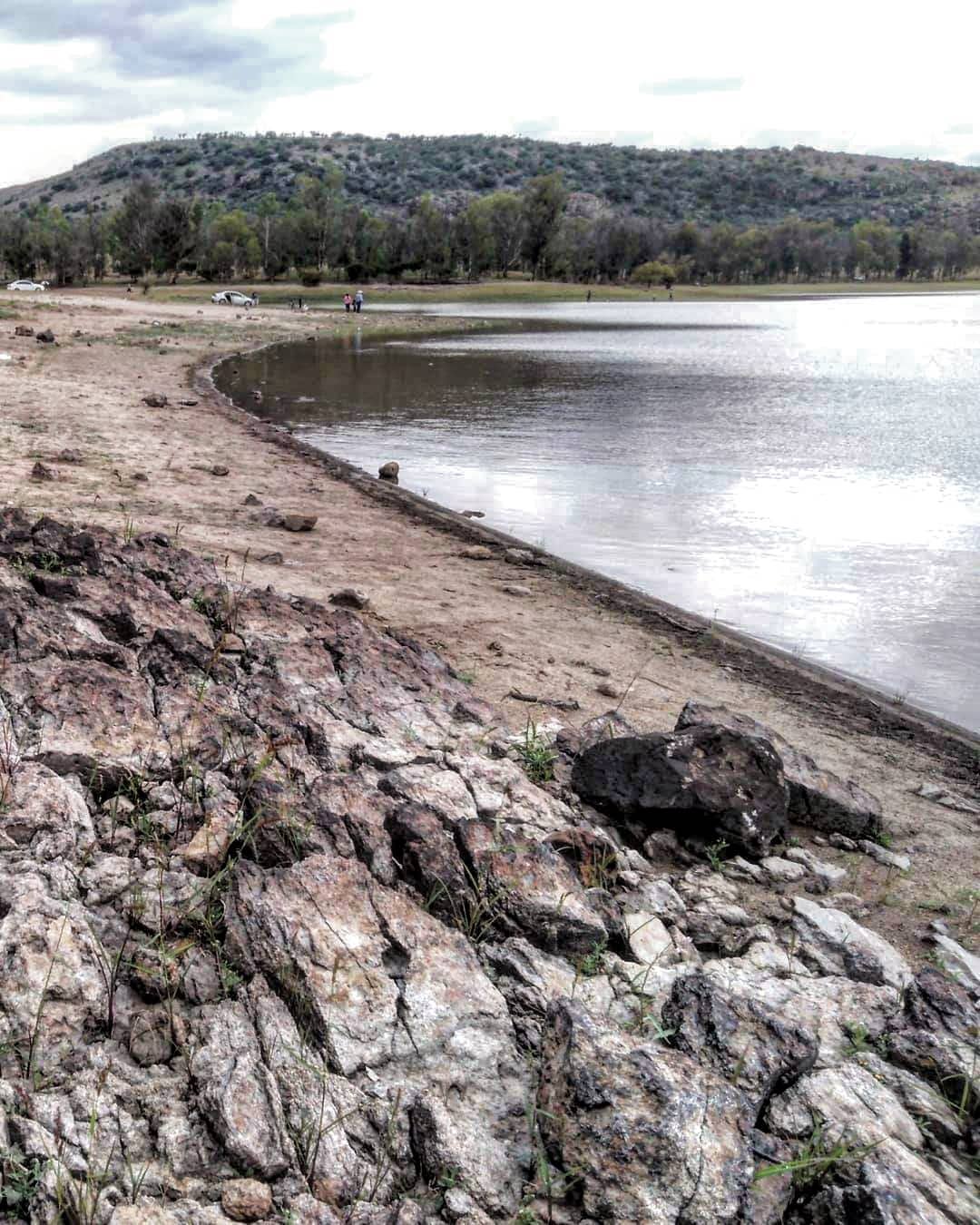 In rainy weather the water is high, in that season I could not have sat here to enjoy a warm picnic. 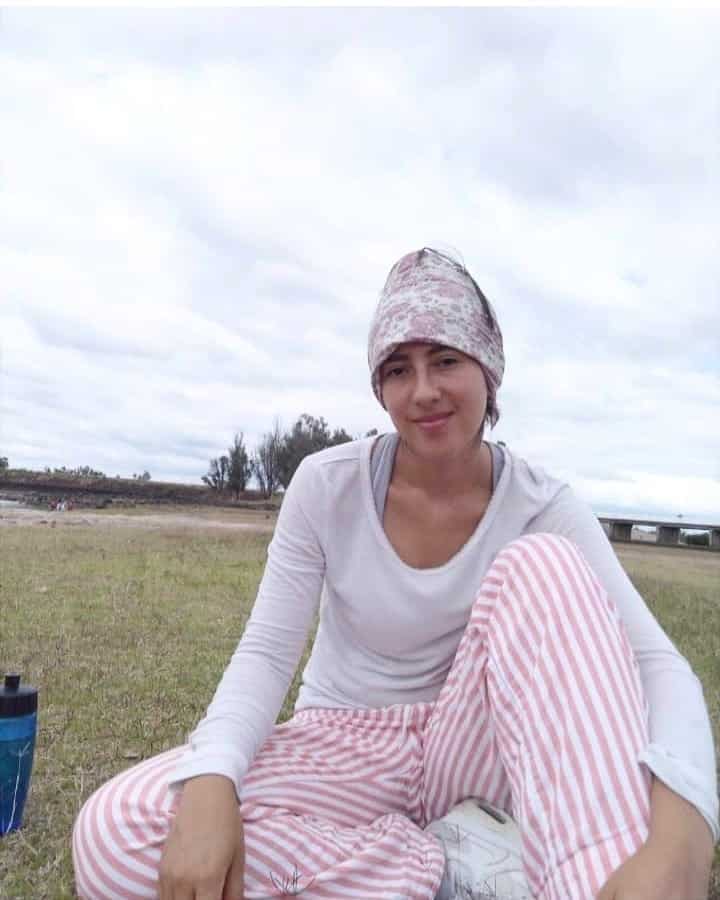 Picking up trash from every place I go, it’s not my passion, but a good deed full of self-will. 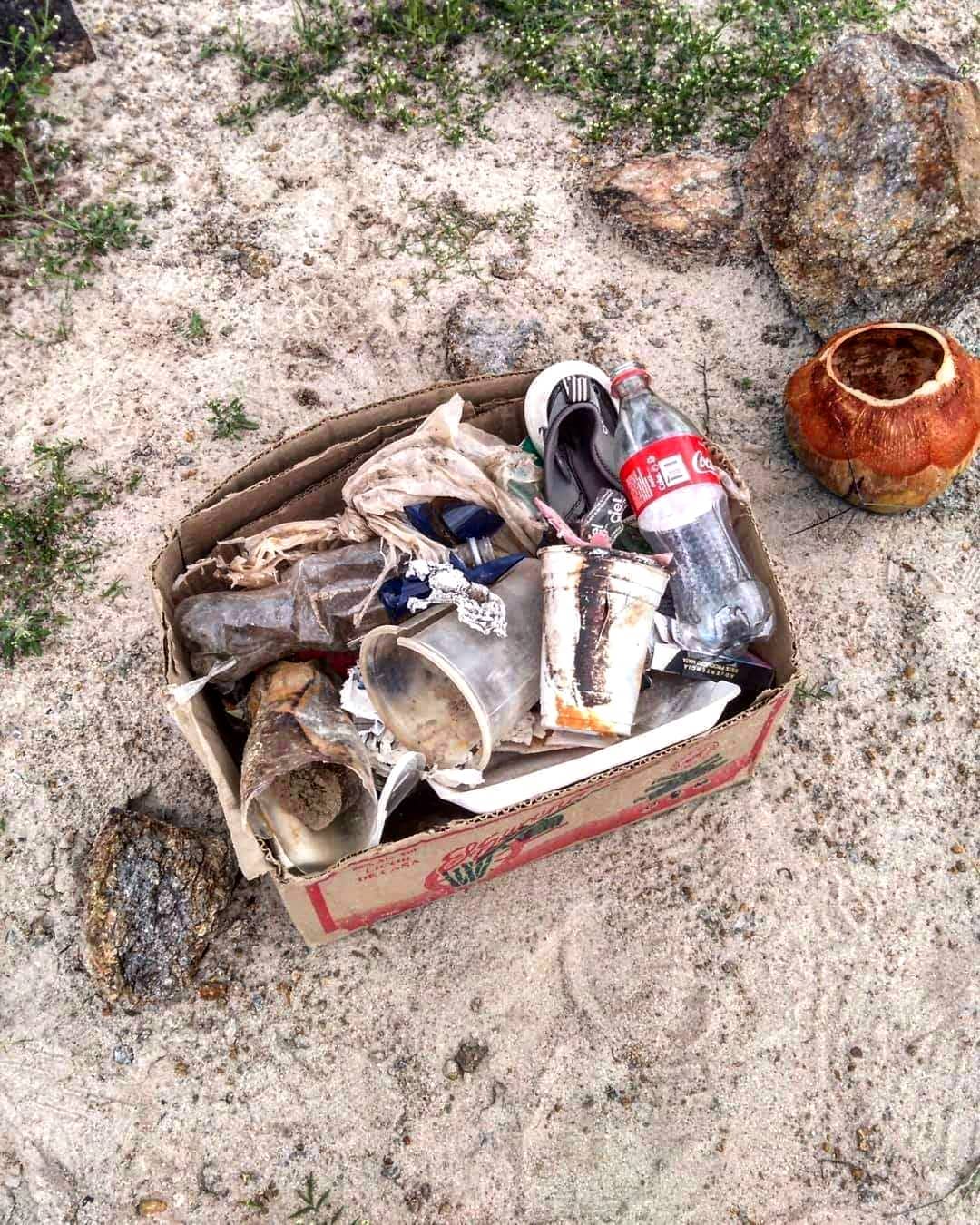 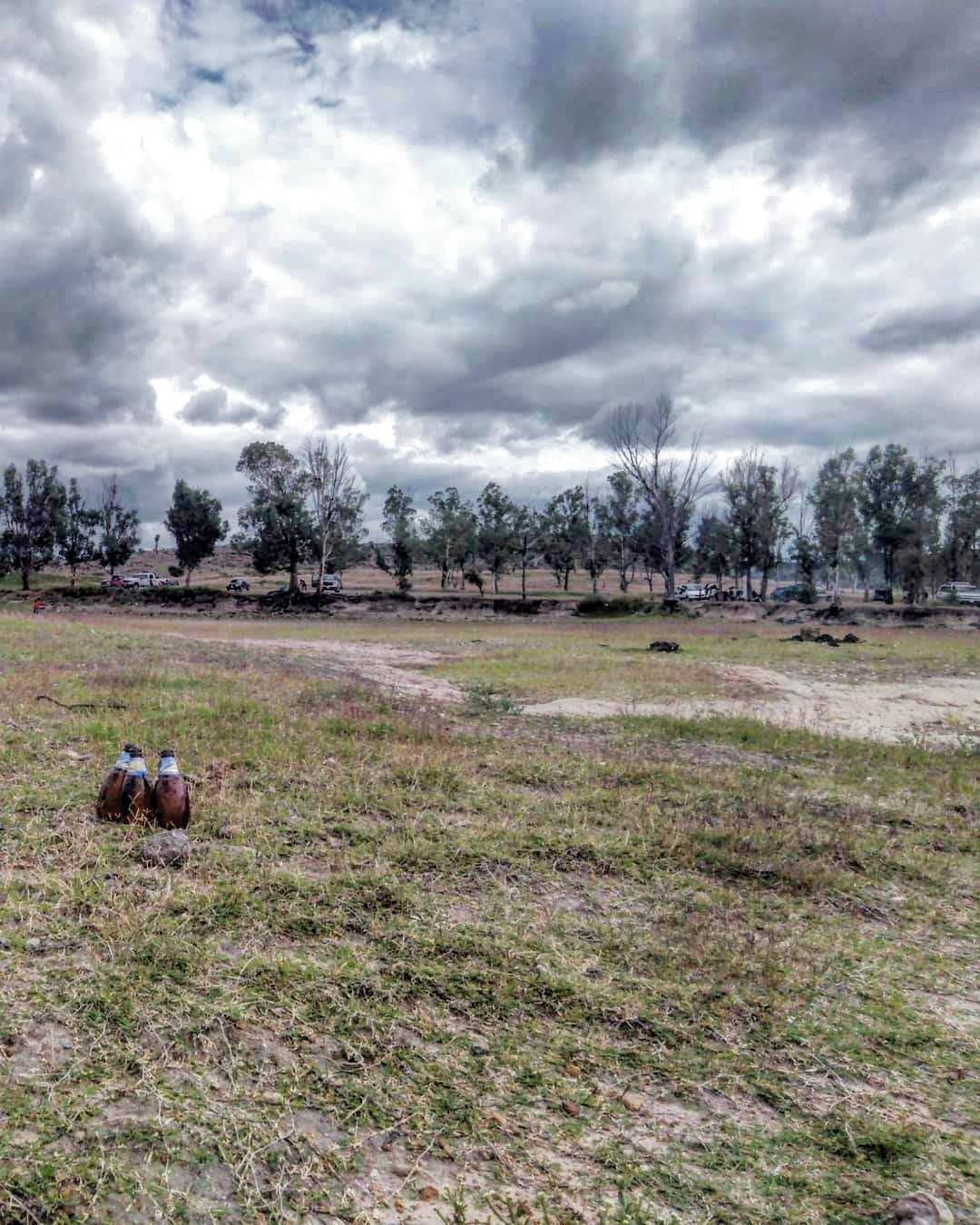 “The night was splendid, the full moon of the month of October lit at the zenith of the firmament fully illuminated the night landscape. I traveled the Pan-American Highway from north to south, recreating the beauty of the moon reflected in the water. Everything was meditation and silence, I drove my car slowly and slowly, without any vehicle in sight. I did not know how time was consumed nor did I notice the distance I was devouring with my car, the reality was that when I least thought was already close to a curve of almost 90 degrees, a few meters before arriving, with the high light of my car, I could notice the figure of a tall woman, well-dressed and apparently young and beautiful who stopped at the edge of the road towards stop sign to the car I was driving. A thousand reflections came to my mind: perhaps it was some lady in distress, who perhaps had suffered an accident and her car was broken and useless somewhere near the road, I also thought of the possibility of an armed assault, where the hook was the lady and once parked would be pointed with weapons of the caliber and would strip me of the twenty thousand pesos that I carried in my wallet… these and other reflections passed through my mind quickly, my decision was not to stop and continue my path with greater speed, I pressed the accelerator when a strange force stopped me suddenly and finally I ended up parking on the side of the road saying good night to the presence of that strange lady.

She was a beautiful woman, captivating at first sight, full of feminine grace, about 30 years old, white skin, big eyes and small mouth, and long black hair, tall and slender stature of well-proportioned body, with a captivating look and a smile he answered the greeting and with a delicate voice he exclaimed:

-Gentleman, will you please take me to Durango?

-Gladly, I answered it.

And I proceeded to open the car door for her to get into. The woman got into the car, sat in the seat, and we continued the march. I was stunned by the event, without finding words I just realized to look at her with the corner of my eye, at last I got how to start the conversation and asked:

-Excuse me… what are you doing here?

A deathly silence was the only answer, and when I turned my face to see the woman to know why she didn’t answer, great was my surprise to see that the seat was empty, I can’t explain what I felt, my skin was raised, my hair was on end and a tremor invaded my body, so much was my panic that when I noticed it, the car was zigzagging on the road from one lane to another, I finally calmed down and when I got home I didn’t want to tell anyone what happened, I was scared and ashamed, nobody would believe what happened, until I told an old man and got an answer:

-If sir, if I believe you, many people appear this woman and inexplicably disappear, it is believed that she was murdered and her body thrown into the waters of prey and her spirit seeks revenge, Since then it appears to some of the travelers who transit at night that stretch of road 45, known as the Pan American”.

As dear Professor Lozoya would say: “as I tell it”. 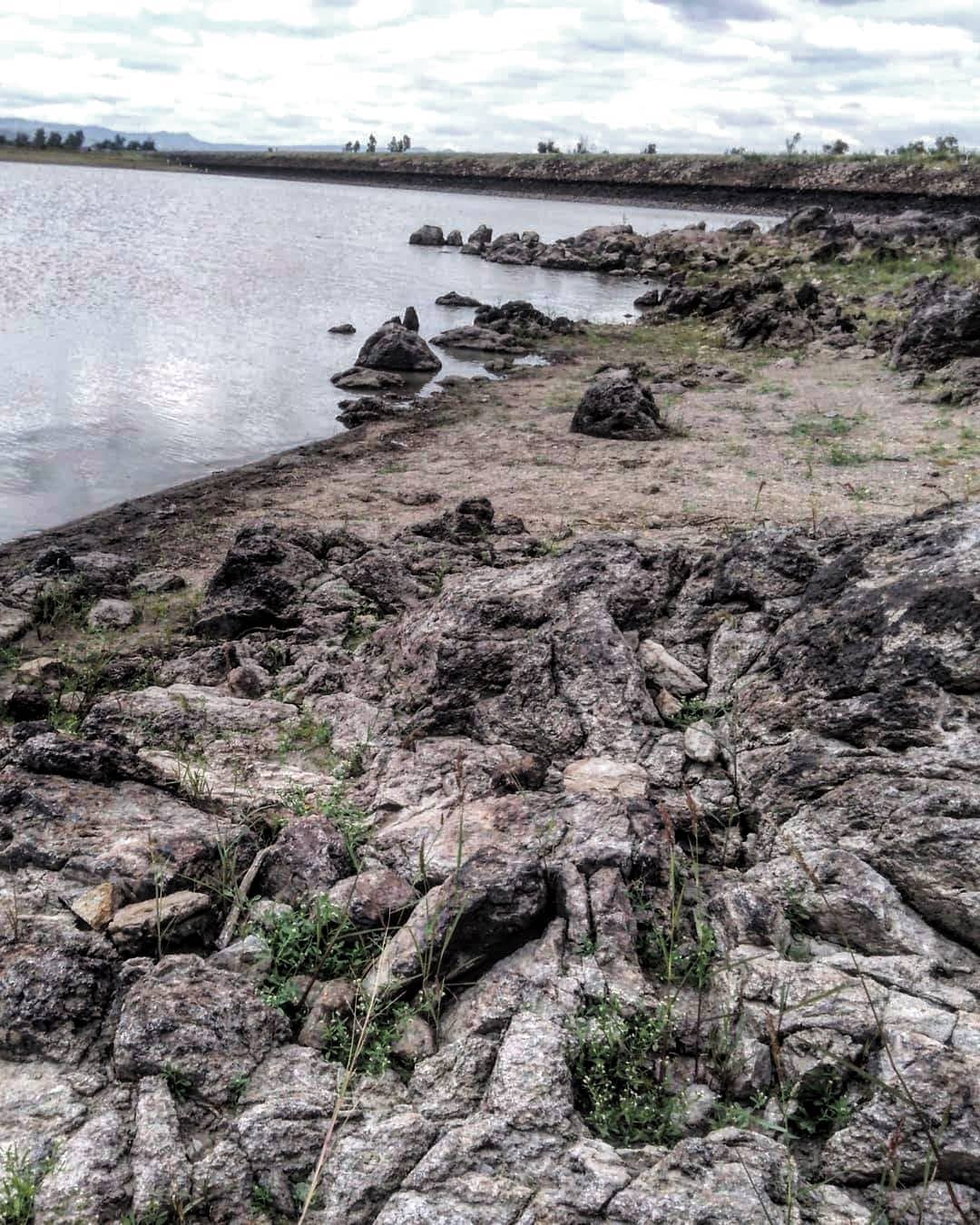 prisky, explored this magnificent place, you should also! 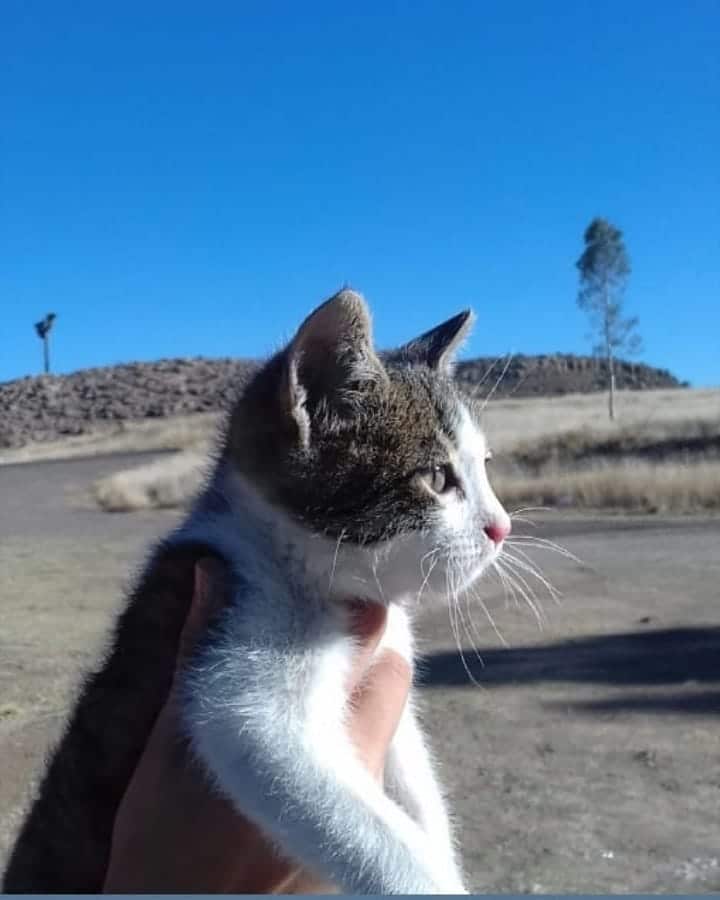 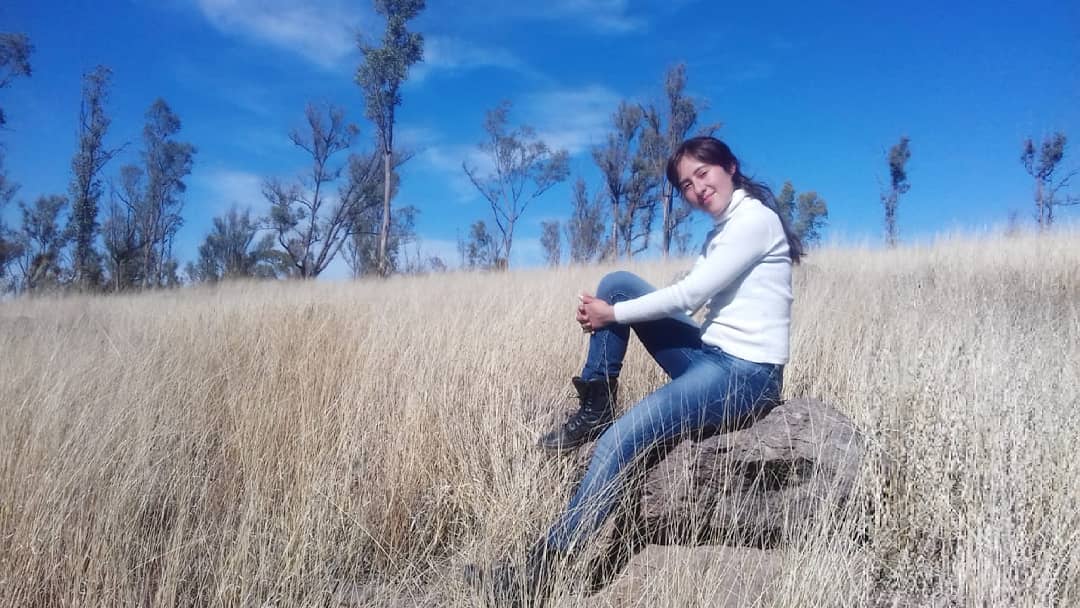 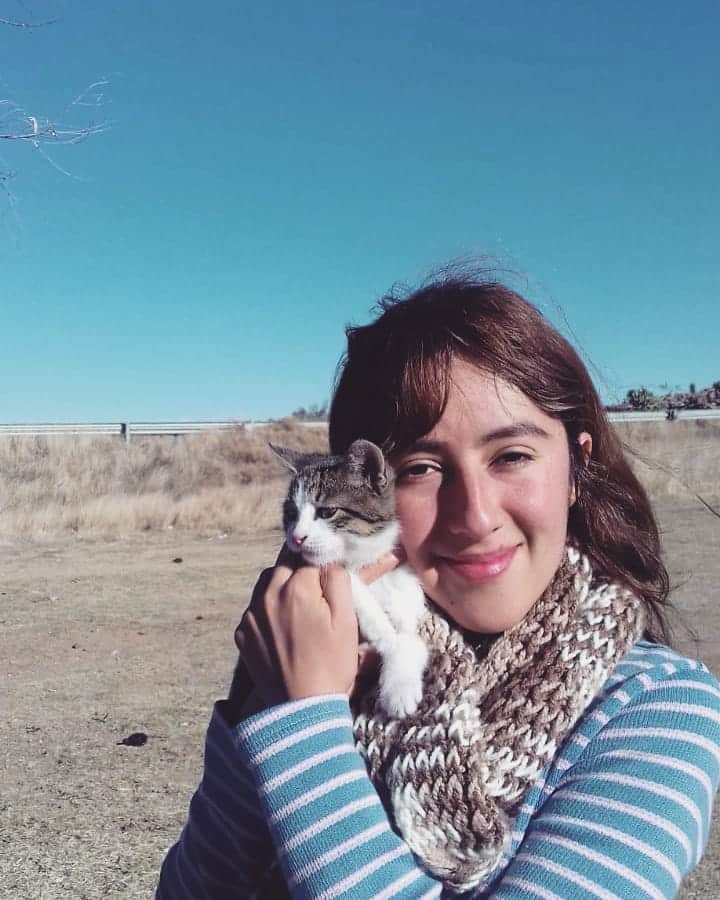 This post is dedicated to showing some temples, I am a fan of its architecture, churches, and its ancient details; they are my undoing…I started with the first one that ... Read more