The Spondylus Route and its best beaches.

The province of Santa Elena is one of the most important touristic places to visit in Ecuador. It has a lot of beaches that you can visit in the city and in the north of the province. You can practice a lot of kinds of sports, so enjoy the beach and take a relax.

Salinas is 7 minutes from La Libertad. Salinas is considered the most important beach in Ecuador with a large number of hotels for all types of tourists. In Salinas, we will find all kinds of national and international food but mainly the seafood that is what characterizes every city on the coast.

To arrive in Salinas, La Libertad, or Santa Elena by bus from Guayaquil or Quito you can look for buses that lead directly such as Liberpesa, Cica, CLP, or if you are in Quito Trans Esmeraldas. when you arrive at the land terminal of Santa Elena, you can take a bus to Salinas with a passage of 0.30 Ctvs of dollars or a taxi if your budget is enough.

In Salinas, we will find different beaches such as:

Chipipe which is the widest and quiet beach because it has almost no waves and is recommended for children, Chipipe is located next to the Salinas Yacht club.

Las Palmeras located at the end of the pier, this beach is named for the large number of palm trees that exist, and people like it because is larger and the different activities that are performed in this place.

San Lorenzo or also called el barco hundido, is a beach for surfers if you like good waves here is the place to go surfing. 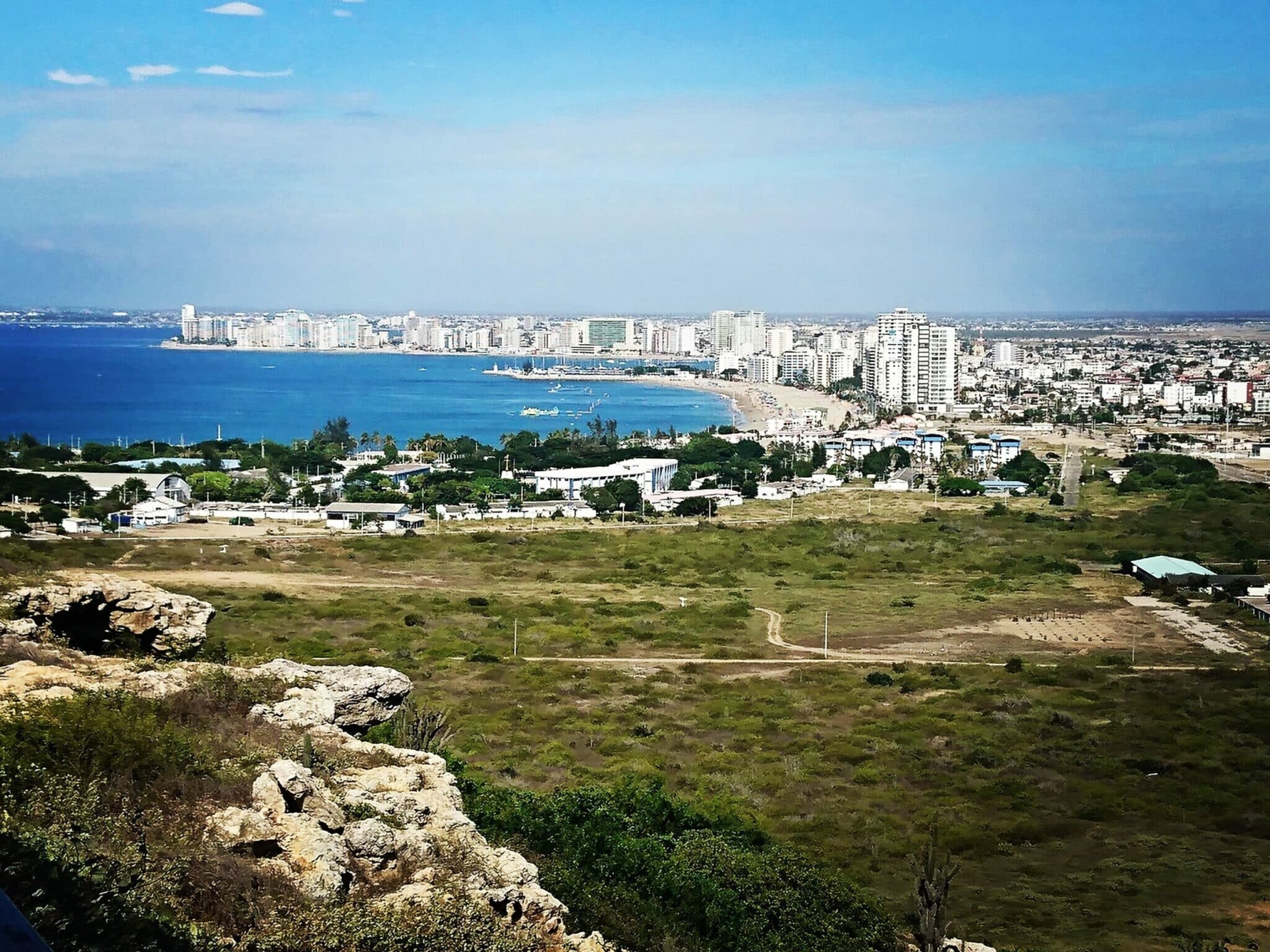 Mar Bravo, is located 5 minutes from Salinas, it’s a beach with lots of waves for bodyboarding or surfing on the side of the pier or under the Punta Carnero Hotel, it’s a little dangerous due to the large amount of swirls and the marine current Which is very strong, Mar Bravo is a beach for people with swimming experience.

In this same area we find the Salt Wells of Ecuasal a place that in recent years has been characterized by a large number of migratory and endemic birds in the sector, beautiful pink flamingos come in to feed in these wells. Here we can see some beautiful sunsets people love to watch.

La Chocolatera is located in la Base Naval of Salinas, at the end of the boardwalk of Chipipe at the entrance you only have to leave a document if you go by car, here we can go by bike and make the tour to the chocolatera, you only need to follow the signs until La Chocolatera or the Hill where you practice downhill.

La Chocolatera Is the most prominent point of South America, it is so named because the waves burst into caves forming foam and steam giving the appearance of a cup of chocolate. Here we will find a lighthouse. We follow the route by an ecological road that has been created where we can get to the beach of La FAE, this is a beach for surfers because of the great number of strong currents that there are here. In this sector of the beach of la FAE we can find a colony of sea lions that have made their habitat in the rocks that are in the sector.

In Salinas we can find rich gastronomy that is based on seafood, at night the discos will be the ones that ignite the party in Salinas. 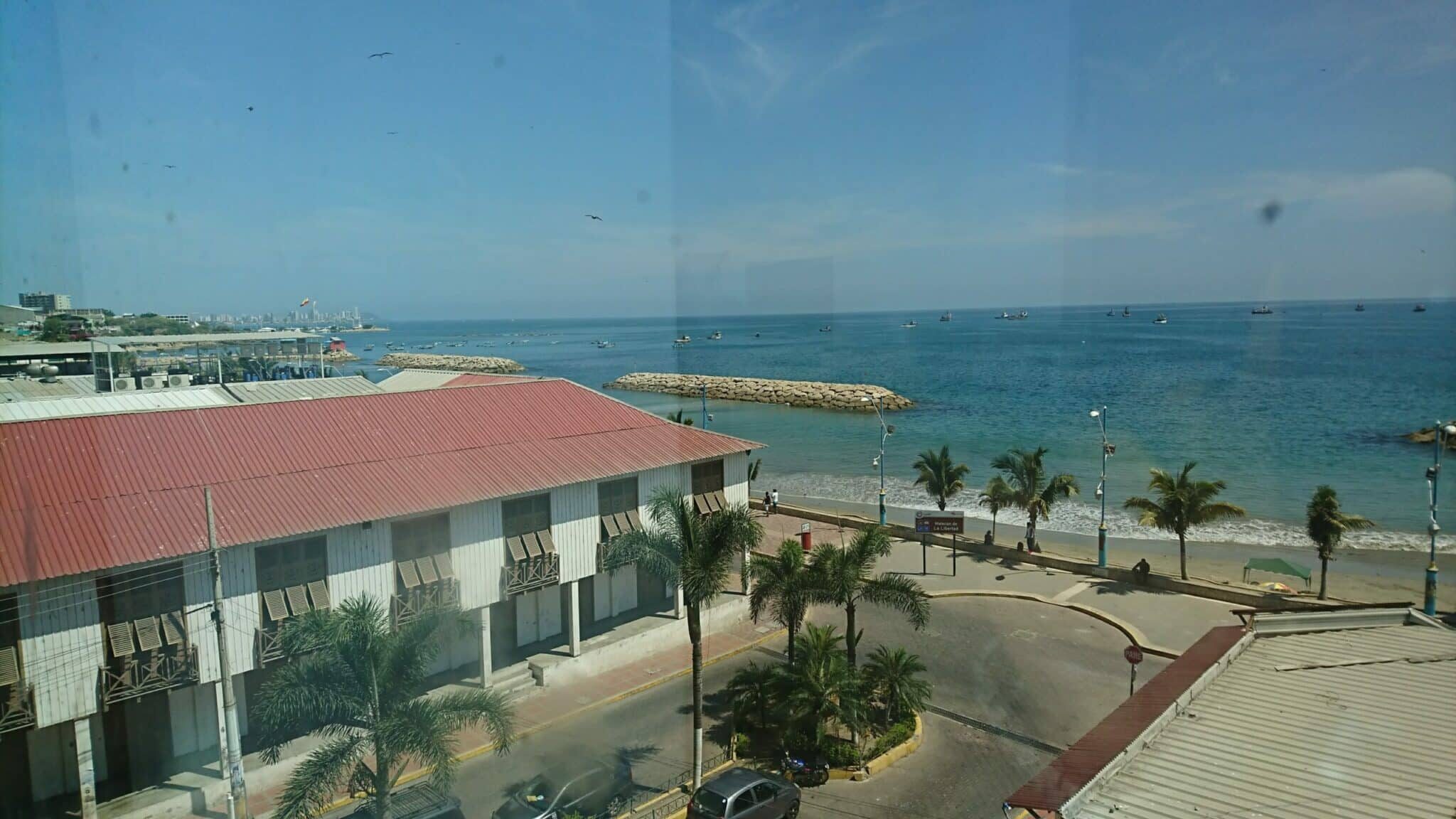 Ballenita is called with this name because from here it is possible to see the whales for mating, Ballenita has been a fishing village and tourist place because it enjoys a large beach, you can find a place where sell seafood that is visited by tourists.

We continue our journey to the north of the Peninsula of Santa Elena to see the best beaches of the Spondylus Route. 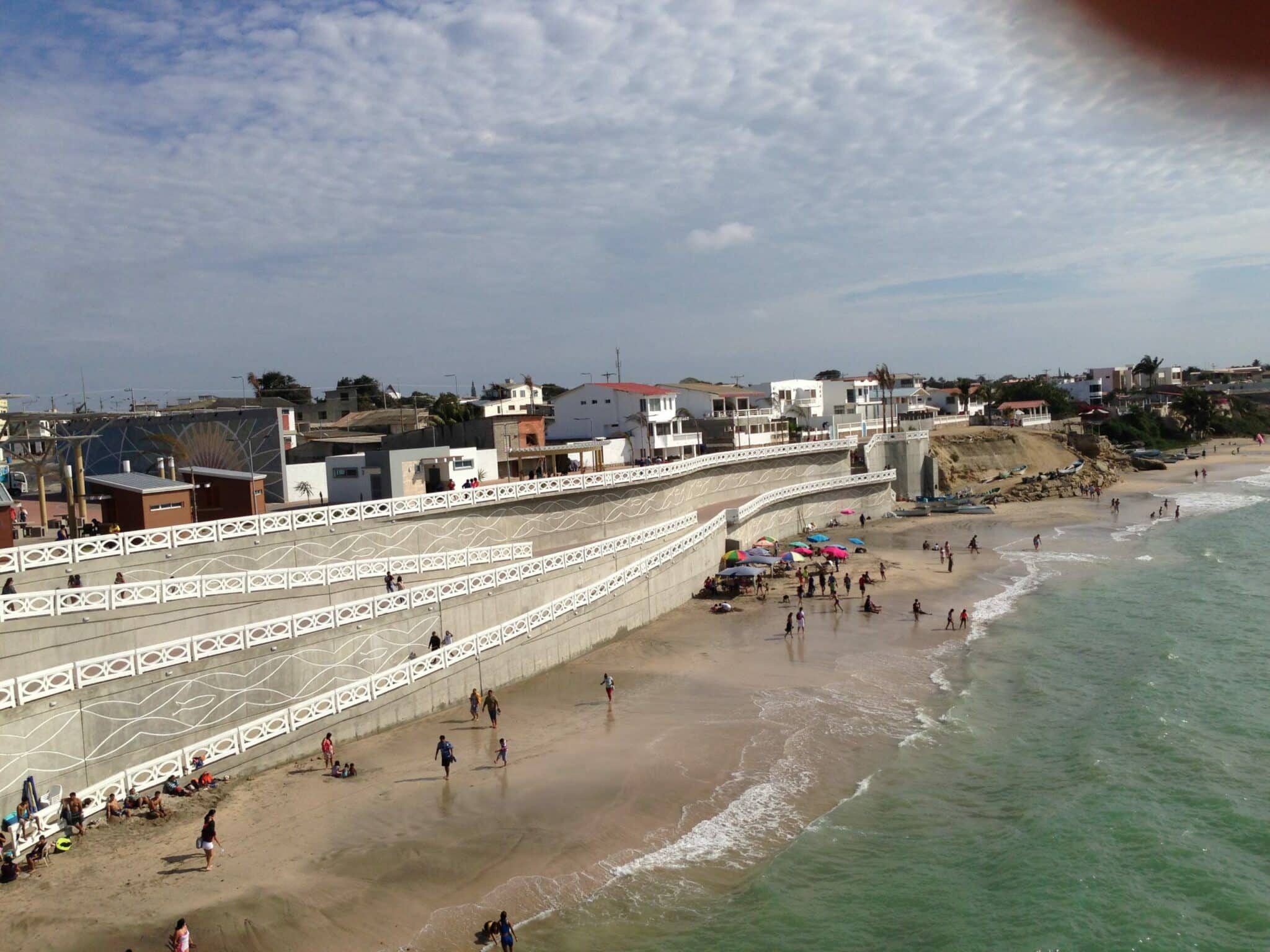