Things to do in Castiglion Fibocchi

Our tour to Castiglion Fiorentino begins at the Porta Fiorentina, the ancient northern entrance to the village’s medieval center in the Val di Chiana. The enormous Piazza Garibaldi, which is the city’s largest car park, is located near the door. 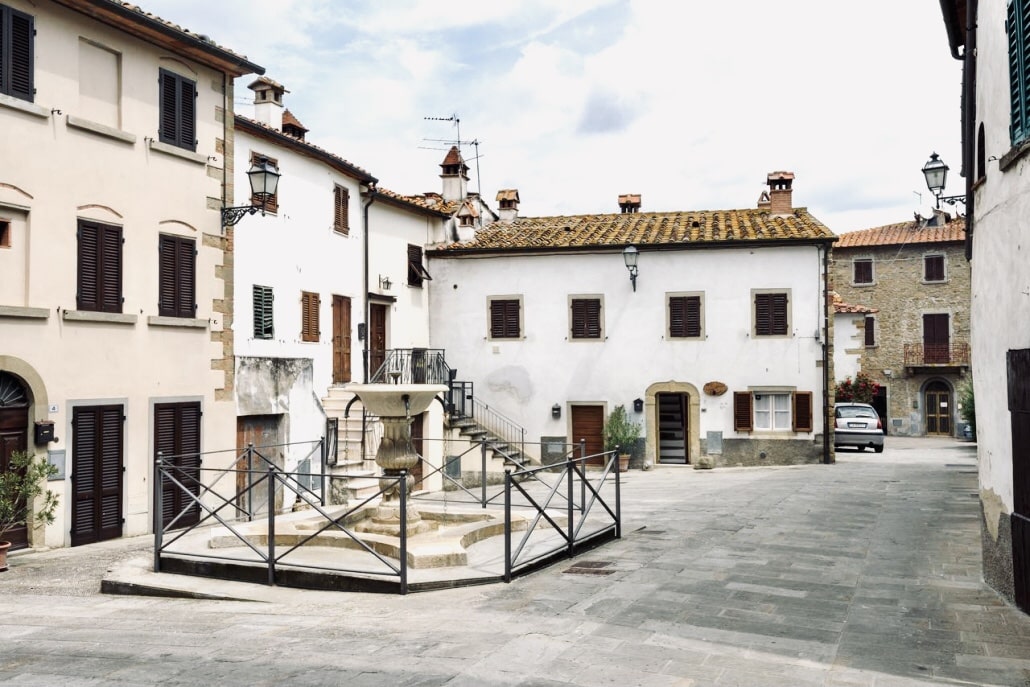 We turn left immediately after that to reach the Church of San Francesco. A fascinating Romanesque structure with Gothic characteristics dating from the second half of the thirteenth century. A strange huge mullioned window is placed between the gateway and the rose window on the façade. Inside, there are some traces of medieval frescoes, as well as a panel by Poppi representing the Crucifixion.

Retrace our steps along Corso Italia until we reach Piazza del Municipio, the town’s principal square.

Beautiful Renaissance square with the Logge del Vasari, a portico with nine arches ornamented with the podestà and commissioners’ coats of arms, offering a spectacular perspective of the surrounding area.

The Palazzo Comunale is located directly in front of the Loggias. It was significantly renovated in 1935 after being built in the 16th century to replace the earlier Palazzo dei Priori. A road rises to the right of the Palazzo Comunale, leading behind the palace to the Cassero buildings.

The Cassero di Castiglion Fiorentino dates from the twelfth century, but it has undergone numerous changes and upgrades since then, including the Perugians’ raising of the tower in the 14 century. The Palazzo Pretorio and the Church of Sant’Angelo have located a short distance from the tower, on the keep’s wide plaza. The Pinacoteca and the Civic Archaeological Museum are the headquarters of the city museums, or Pinacoteca and Civic Archaeological Museum, respectively. 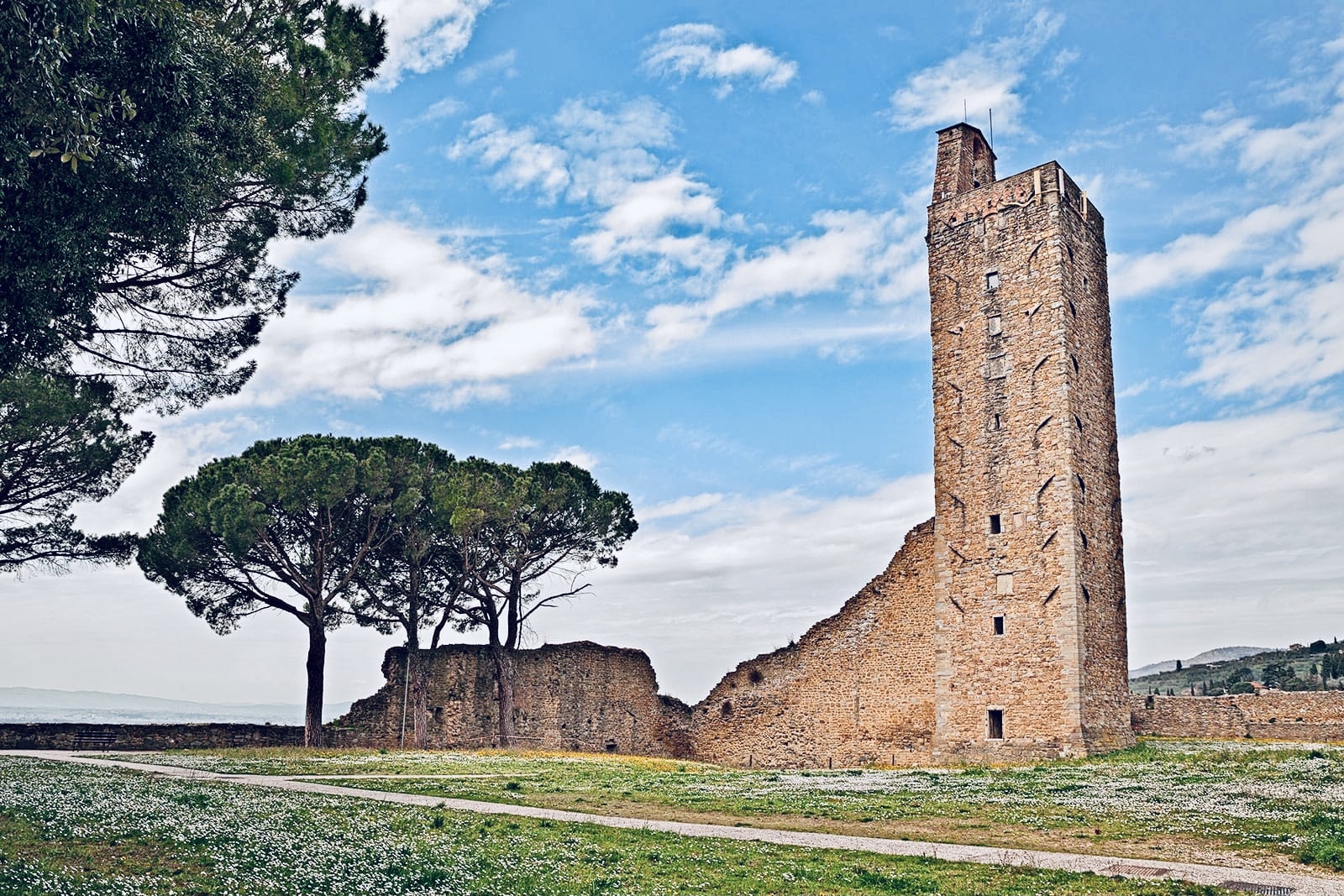 The Museums of Castiglion Fiorentino

The Pinacoteca, housed within the Church of Sant’Angelo, houses sacred art from various ecclesiastical groups in the Castiglion Fiorentino area. Various medieval items are on display in the museum, including wooden works like the figure of St. Michael the Archangel and valuable goldsmith objects like the Bust of Sant’Orsola (a fourteenth-century reliquary). Paintings from the Tuscan school, including a Maestà by Taddeo Gaddi and some works by Bartolomeo della Gatta, are also featured in the section dedicated to painting.

The Civic Archaeological Museum, which opened in 2001, is housed in the Palazzo Pretorio. Inside are the results of excavation projects that began in the 1980s in Castiglion Fiorentino and its environs. The museum, which is divided into five halls, reconstructs the history of the region from Etruscan dominance to the end of the Middle Ages. A range of information panels and multimedia supports complement the display.

Take via San Michele from the main square and turn left onto via Repente until you reach the square with the Church of the Gesù, the Pieve Vecchia, and the San Giuliano Collegiate Church. The interior of the church, which was restored in neoclassical styles during the nineteenth century, houses some important paintings. Among them are Bartolomeo della Gatta’s Madonna and Child enthroned and saints (1486) and Segna di Bonaventura’s Madonna and Child enthroned, angels, saints, and devotees. 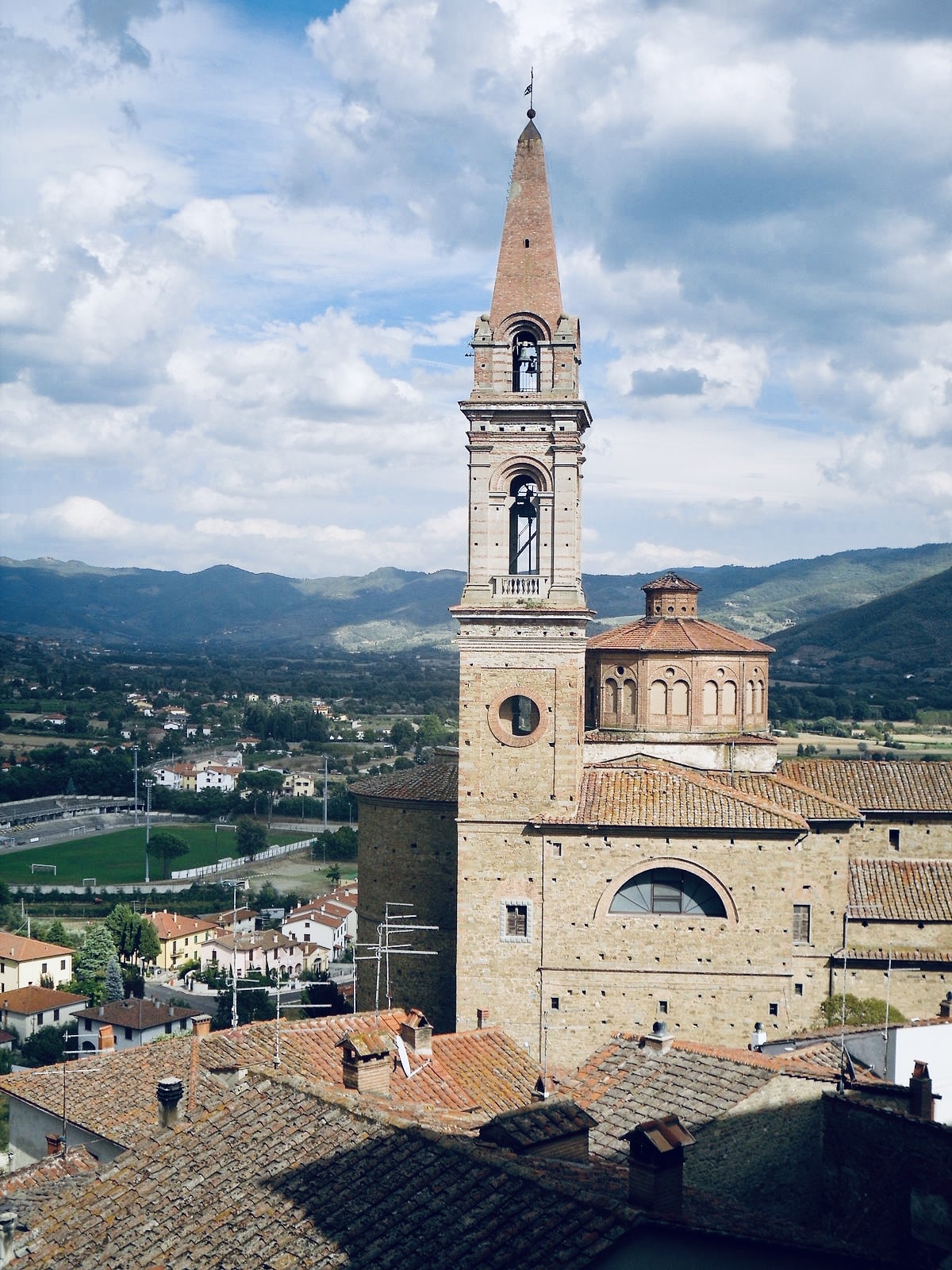 A route outside of town climbs the hills on the Pratomagno slopes, passing through oak trees on its way to the historic Romanesque parish church of San Quirico. The “large bench” or Big Bench is located where the oaks cease, the broom bushes begin, and the dirt road expands, producing a natural terrace above the village of Castiglion Fibocchi. 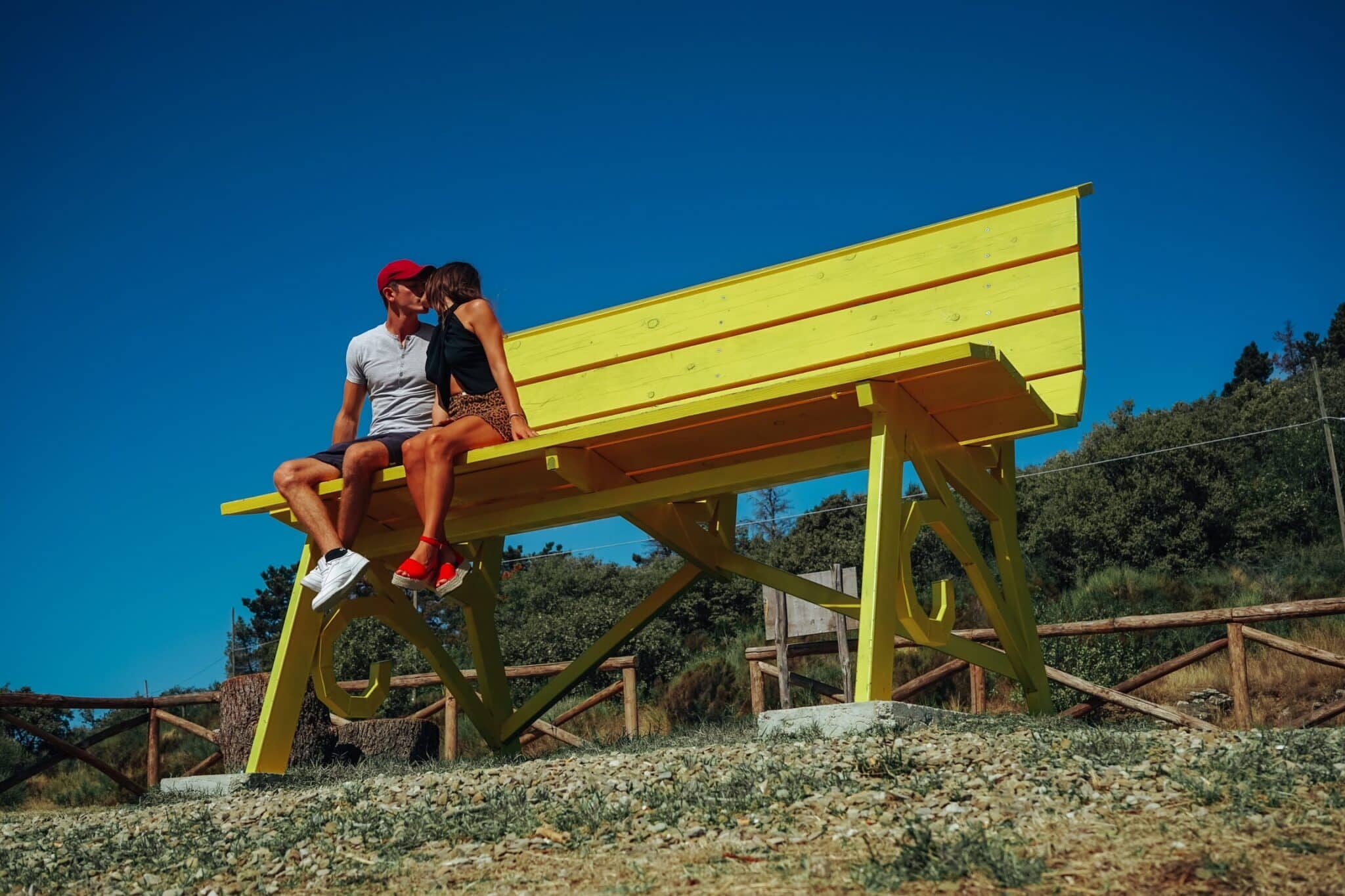 From above, you can see the urban core, the modest historic center, with the old town hall tower and the church bell tower, thanks to Chris Bangle’s effort. The Arno, which runs under Ponte a Buriano, and the city of Arezzo, as well as the beautiful Cathedral on the hill near the Medici Fortress, can be seen from afar. The bench is situated on a true 360-degree vantage point between two of Arezzo’s four valleys: the Valdarno on the right, facing the Valdichiana, and the Casentino behind, beyond the Pratomagno chain. On clear days, visitors will be able to view Lake Trasimeno as well as the thousand stars in the black sky above the town’s light.