Things to do in Enna

Enna is the heart of the Sicilian hinterland, an area rich in history and culture with a plethora of fortresses and monuments, each with its own beauty and all waiting to be discovered.

What to see in Enna 🌍


The Most Holy Mary of the Visitation is honored in the Cathedral of Enna. It is the city’s mother church, which has also been designated as a national monument and one of the province’s important artistic expressions, as well as a UNESCO World Heritage Site since 2008. The edifice features a variety of architectural styles, the most prominent of which is baroque, as indicated by the lovely side gateways. Inside it houses valuable works of art including frescoes by Borremans. 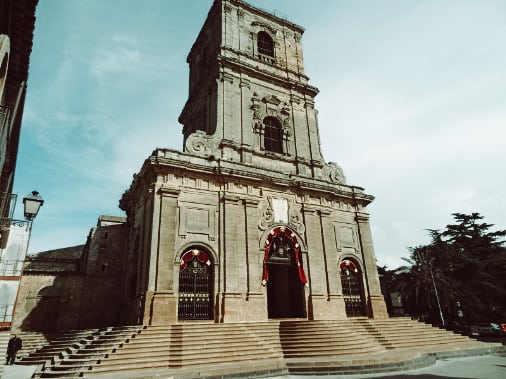 
The Rocca di Cerere, along with the Castello di Lombardia, is one of Enna’s symbols and played an essential role in the city’s defense. However, studies conducted in the 1990s revealed far older artifacts in the same region, dating back to prehistoric times; in fact, the fortress tour contains various rock habitats, the ruins of two towers that were formerly part of the castle’s fortification system, and two hypogea.

The Castello di Lombardia, a massive stronghold created on the city’s highest point and regarded as Enna’s symbol, is a massive fortress erected on the city’s highest point. This imposing structure was built as a refuge from invaders in medieval times, allowing the city to defend itself and escape the Romans thanks to a long and valiant resistance, and it is now one of Italy’s largest medieval castles, with a surface area of 26000 m2 and the most visited historical building in the Sicilian hinterland. Inside it is very nice to visit the Torre Pisana from which you have a beautiful view of the natural landscapes that surround Enna. 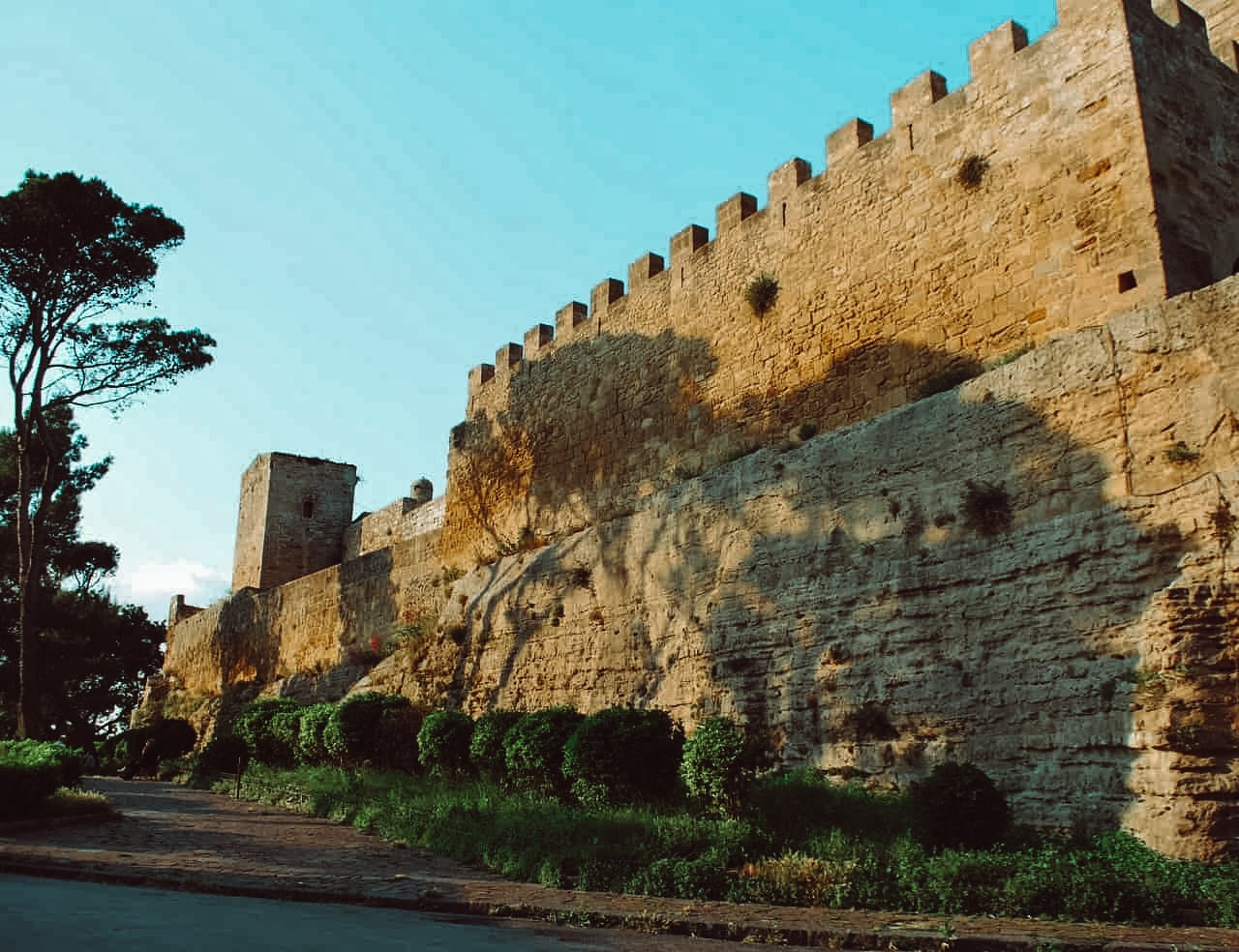 
The Sicily Region created the Regional Ancient Museum of Enna in the magnificent Varisanoll palace to display the finds uncovered during excavations done in archaeological sites throughout the province of Enna. The museum’s itinerary includes a display of diverse human settlements on the Ennese hills, as well as a wide range of artifacts, including ceramics and metal jewelry.


The 3M Musical Art Museum is a multimedia museum that tries out a new way of looking at art, history, and customs by pairing evocative music with photographs of Sicilian masterpieces. As a result, the visit is a fantastic combination of musical works, virtual visuals, subject exhibitions, and multimedia stations.


The Papardura Sanctuary is located in the southeast of Enna, distant from the city’s commotion and completely submerged in peace. This sanctuary is unique in that it is housed within a cave, the latter of which is very vast, providing a quiet and tranquil environment, with a simple design and architecture on the outside and a gorgeous interior.


The Janniscuru Gate is an Enna historical monument. It is the last of six gates built on the mountain’s slopes to protect the city against sieges. It has a big and intimidating style, similar to that of a Roman arch, with a width of two to three meters and a significantly higher height. 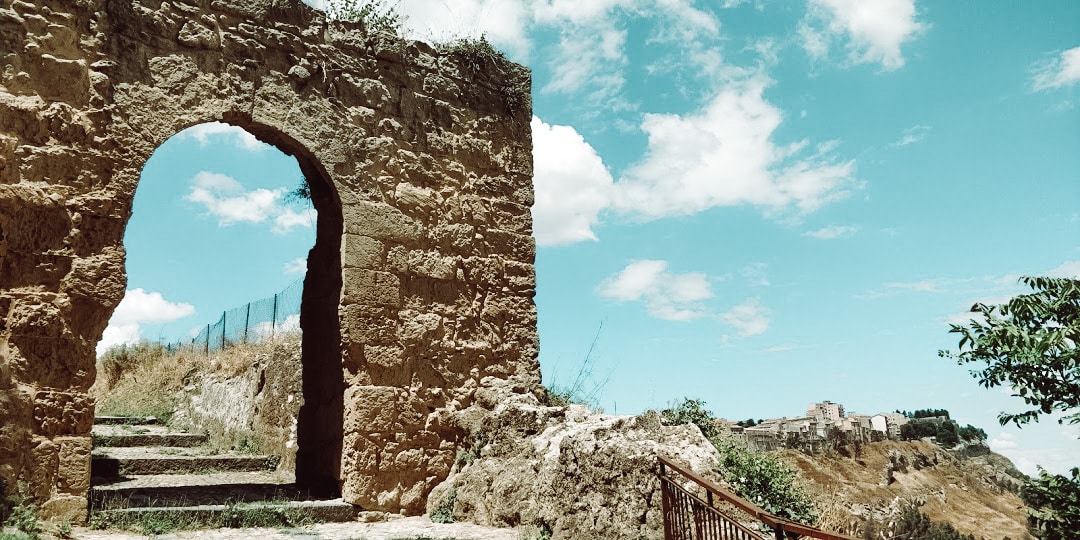 
The Byzantine Village is a rock settlement a few kilometers from Enna that serves as a symbol and witness of Byzantine dominance in Sicilian land, which was followed by Arab dominance. The site is made up of a succession of rooms excavated into the rock, amid which the Byzantine churches and village houses stand out, organized according to the everyday activities of the people that lived there at the time. It’s outside of Enna, namely in Calascibetta, although it’s not far distant and can be reached in 20 minutes by car. 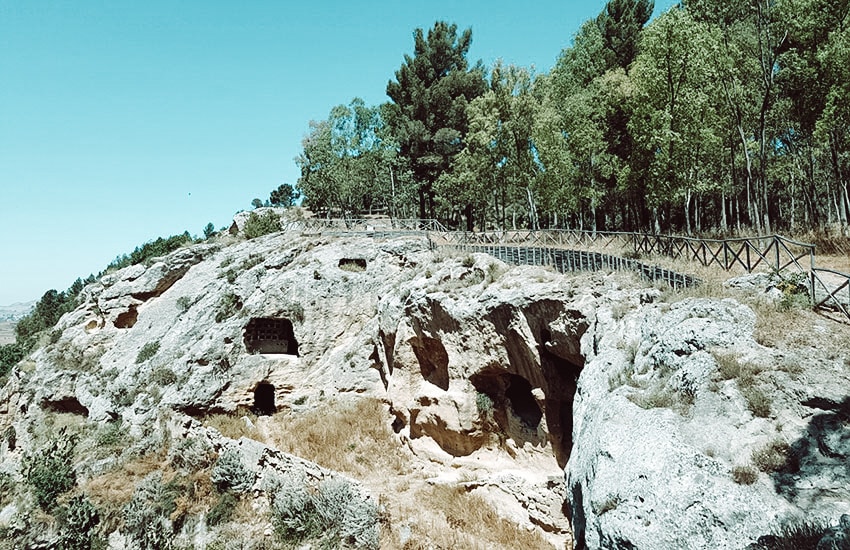 
Lake Pergusa is presently Sicily’s only natural lake, a small body of water of significant geological, faunal, and cultural significance. The lake was the site of the first Special Nature Reserve of the Sicilian Region, and the European Union has designated it as a Community Importance Site. Several hotels and restaurants along the lake’s border, entirely immersed in nature and amid the various animals that call it home. 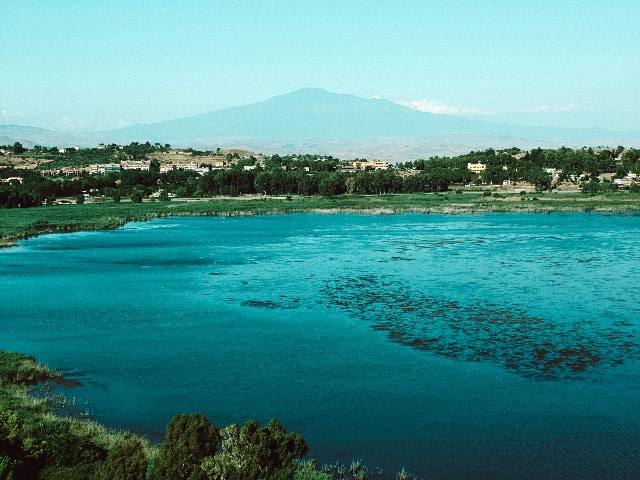