Things to do in Moneglia

The beach, the promenade, the tidy village, the bell towers, and the lush greenery that surrounds it were all named among Italy’s most beautiful villages in 2012 🌎.

Moneglia is halfway between Genoa and La Spezia, in the Gulf of Tigullio, where it gathers all of the beauty and peculiarities that have made it popular throughout the world … Moneglia undoubtedly provides you with over 2000 years of history, an unpolluted environment, lush nature, relaxation, and enjoyment. We’ll send you some suggestions for making the most of your vacation 🌊. 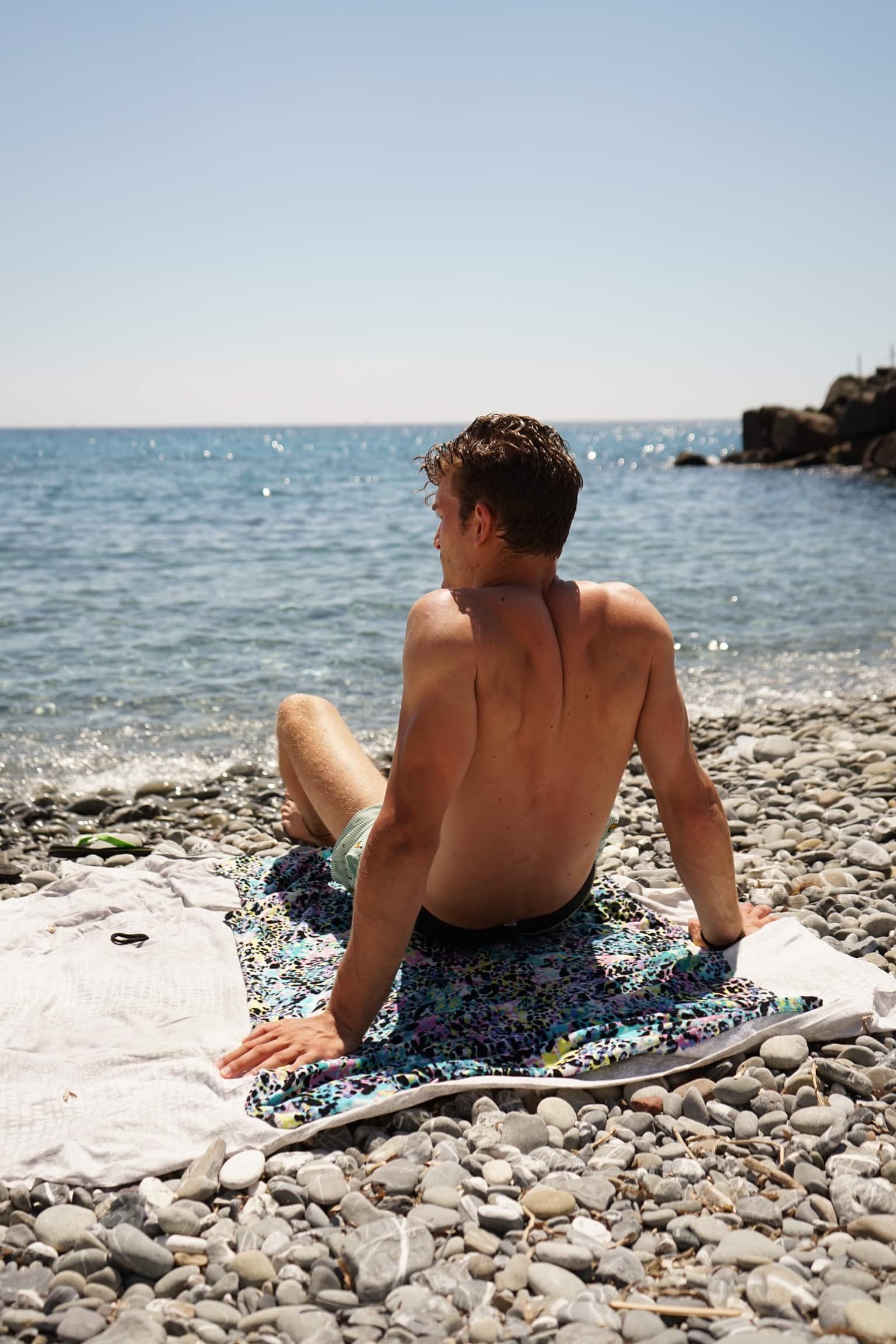 Moneglia has all of the qualifications to be a model seaside town. Perfect for families and those with children who can run around freely and safely because traffic and pressures are never present. The cafes that dot the coastline in the evening, like many open eyes on the horizon, the restaurants that offer the best of the fish, give that extra edge. Moneglia, like any Ligurian seaside village, has a medieval caruggio that divides the town in two, squeezed between the colorful facades with Renaissance portals in sculpted slate and the two churches to the east and west. The caruggio, Moneglia’s main traffic lane, once traveled by farmers, fishermen, merchants, and pilgrims is today’s good living space, where it’s pleasant to stroll after leaving the beach, browsing and buying in the shops that animate the street. Moneglia is also a good place to start if you want to learn more about the underwater world 🐟: you can see moray eels, conger eels, and octopuses, as well as starfish, sea anemones, and gorgonians in a variety of colors and shapes. The fine golden sand beach in the bay’s middle is surrounded by cliffs jutting out into the sea and fragrant with Mediterranean scrub.

Moneglia’s land, from Punta Rospo onwards, is full of hidden coves and is traversed by a network of paths that lead to the mountains. 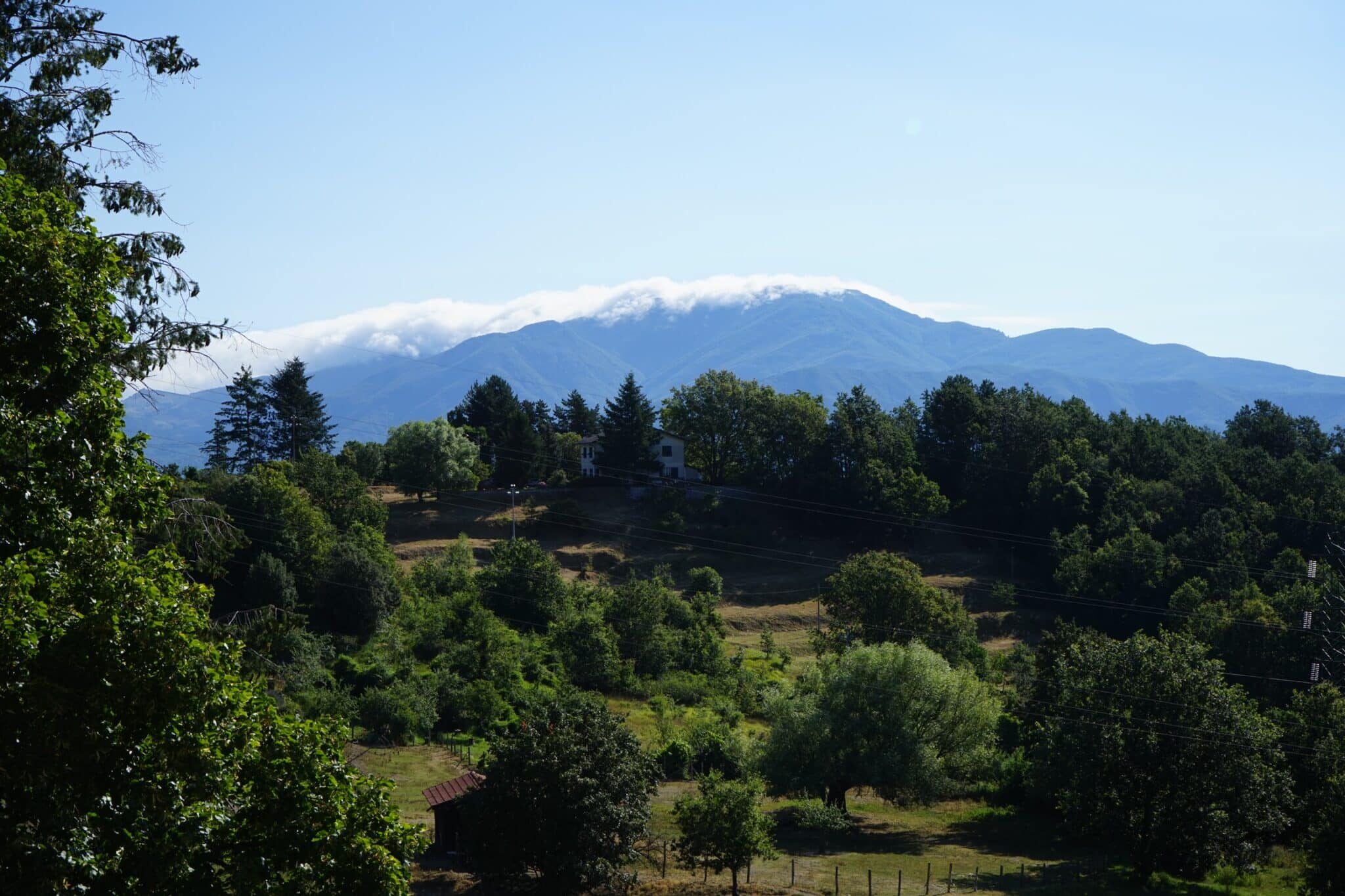 What to see in Moneglia

The historic center and the Villafranca Tower 🗼

The Tower of Villafranca and the Church of Santa Croce are to the east of the magnificent village of Moneglia, which is nestled between the blue of the sea and the green hills, and the Fortress of Monleone and the Church of San Giorgio are to the west. The square keep and walkways, which harmoniously blend into the municipal park with a magnificent view of the gulf, remain from the ancient structure of the Tower of Villafranca, which was demolished during WWII. 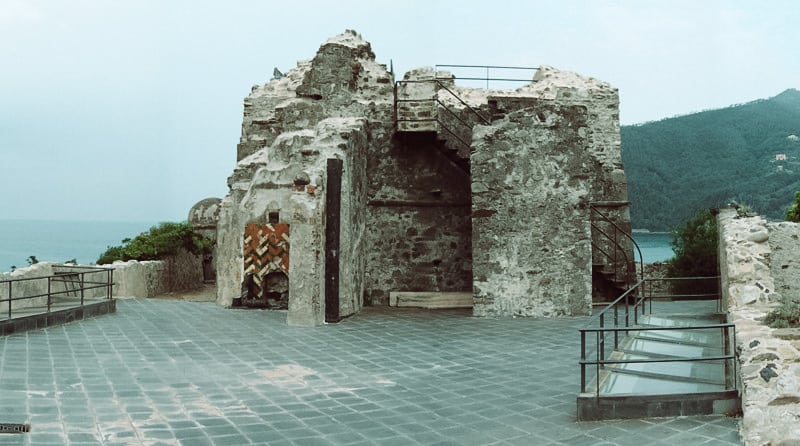 The parish church of Santa Croce is shown below, which was constructed in 1726 on the foundations of a previous parish church from 1130. Within, you can see works by Luca Cambiaso from Monegli and Anton Maria Maragliano, as well as the Byzantine crucifix that was discovered on the beach and to which it is named. 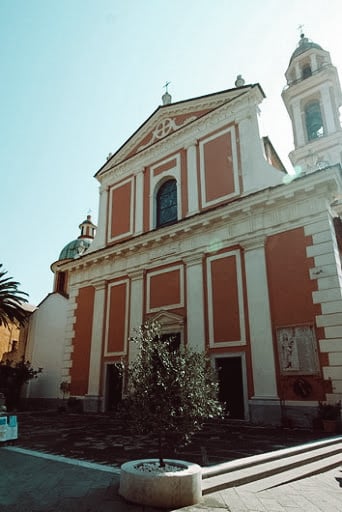 The Oratory of the Disciplinanti, the Church of San Giorgio and the Castello de Fornari 🏰

The pavement of the church square is very particular, on which a risseu, a typical Ligurian mosaic, from 1822 is reproduced. The ancient Oratory of the Disciplinanti also overlooks this square.  The Church of San Giorgio, founded by Benedictine monks in 1396, can be found after a walk along the central Via Vittorio Emanuele, the ancient carruggio. A polychrome wooden party of San Giorgio killing the Dragon is a valuable work that has been preserved inside. The Franciscan cloister, which dates from 1484, is located nearby. The small Castello de Fornari, built in the early 1900s and surrounded by the walls of the Monleone Fortress erected in 1173, stands above the cathedral. 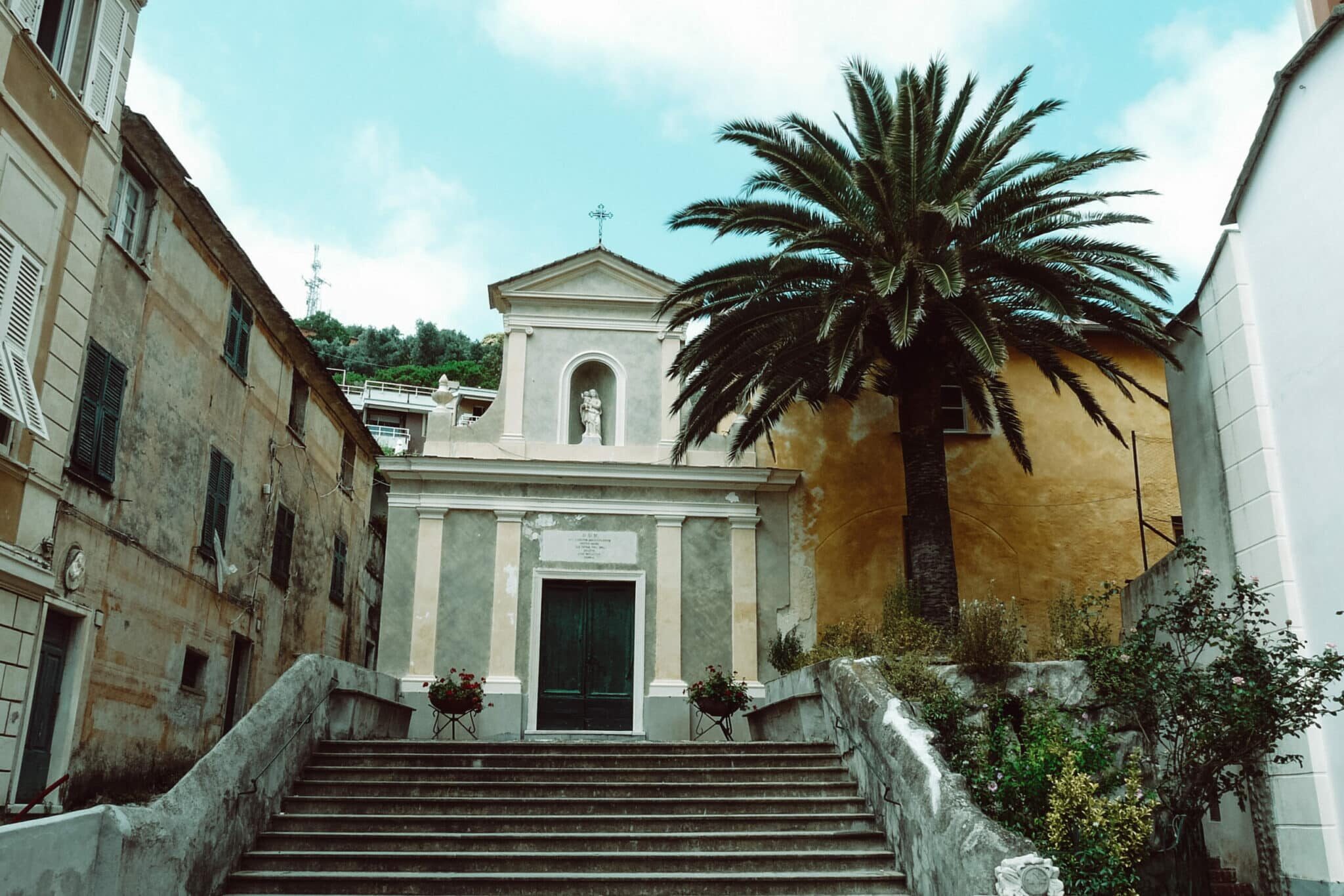 In February, there is a Pumpkin Carnival.

On Easter Monday, the Pro Loco and the Olive Growers Consortium will host an olive oil market exhibition: a market of traditional, organic, and artisan goods. The Felice Romani Music Association organizes music concerts in churches from Easter to September. The Yellow Festival takes place in the first week of July.

The third Sunday in July is dedicated to the Holy Christ. July-August is the month for summer festivals.

From July 25 to September 4, patronal festivals are held in the hamlets.

14 September is the patronal feast of the Exaltation of the Holy Cross.


Christmas enchantment, from December 20 to December 31, includes guided tours of traditional nativity scenes created in the capital and in the hamlets, as well as tasting opportunities. 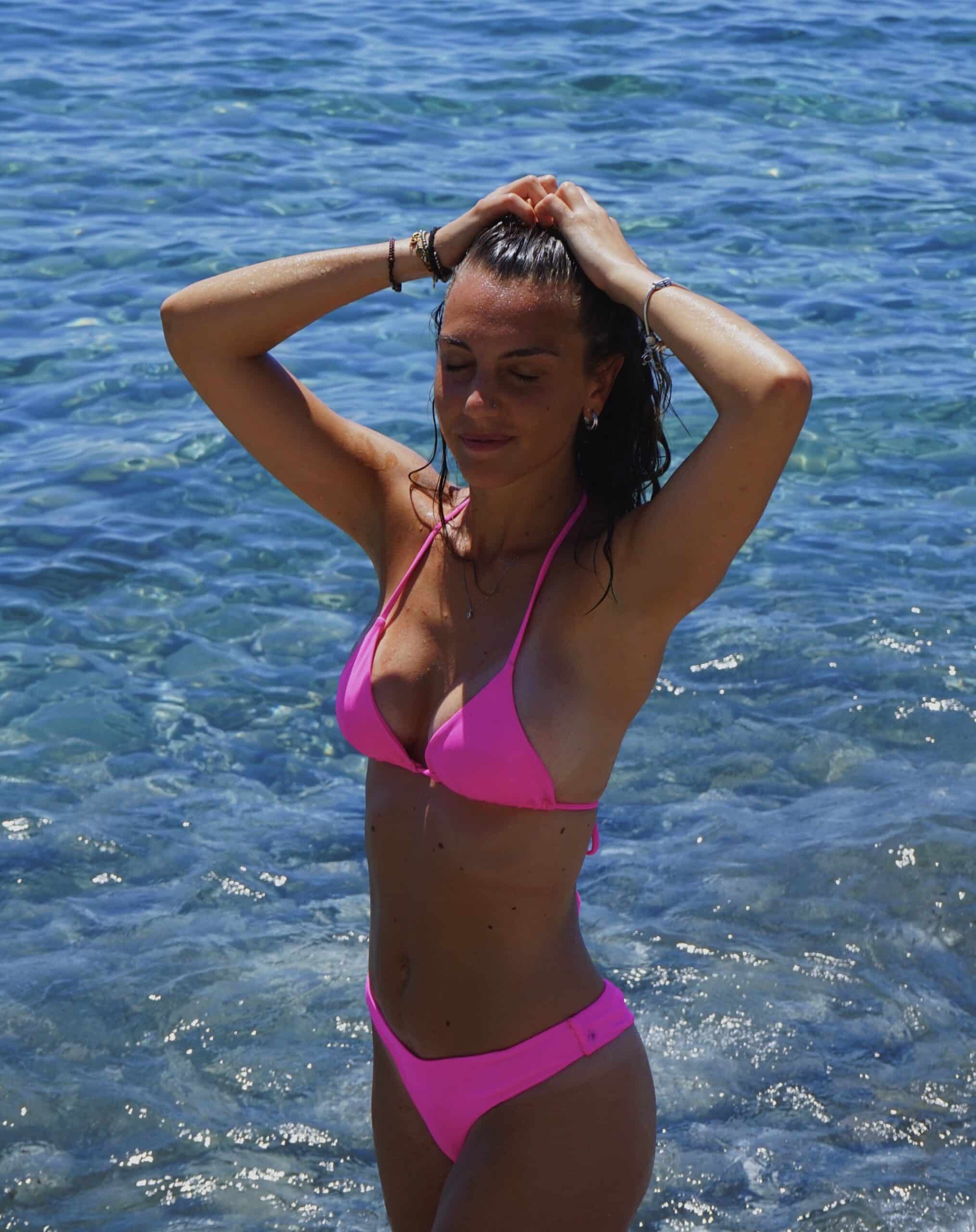