Things to do in Numana Bassa

The port of Numana 🛳

The port of Numana, one of the few on the Marche coast, adds to the town’s beauty while also confirming the town’s long-standing Blue Flag of Landings. It’s impossible not to take a break on a seat to view the reflections of the boats in the water or to see the fisherman return after leaving before sunrise and displaying their fresh catch along the pier. 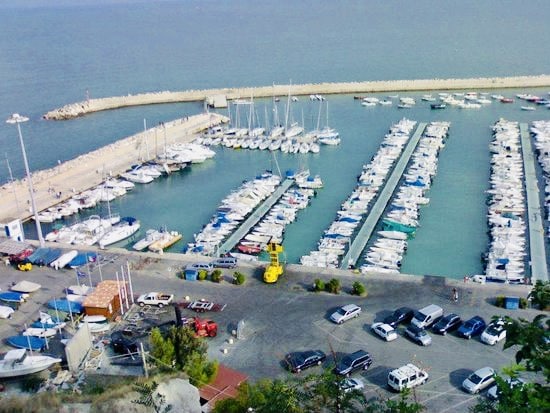 Many excursions depart from the port to the most stunning beaches and hidden coves in the area, and it is also possible to hire water sports equipment or boats to venture out on your own.

After leaving the Port of Numana, the first beach you’ll come across is the Spiaggiola, a well-equipped area that overlooks a vast natural swimming pool, surrounded on all sides by rocks that keep the waters tranquil and ideal for diving or a first introduction to water sports.

Continuing on, you’ll arrive to Spiaggia del Frate, a free length of the beach with a tavern and an umbrella-shaded area. They can also be reached from Upper Numana, through the aforementioned trail near the Tower as well as a path that begins in Piazza Nova. 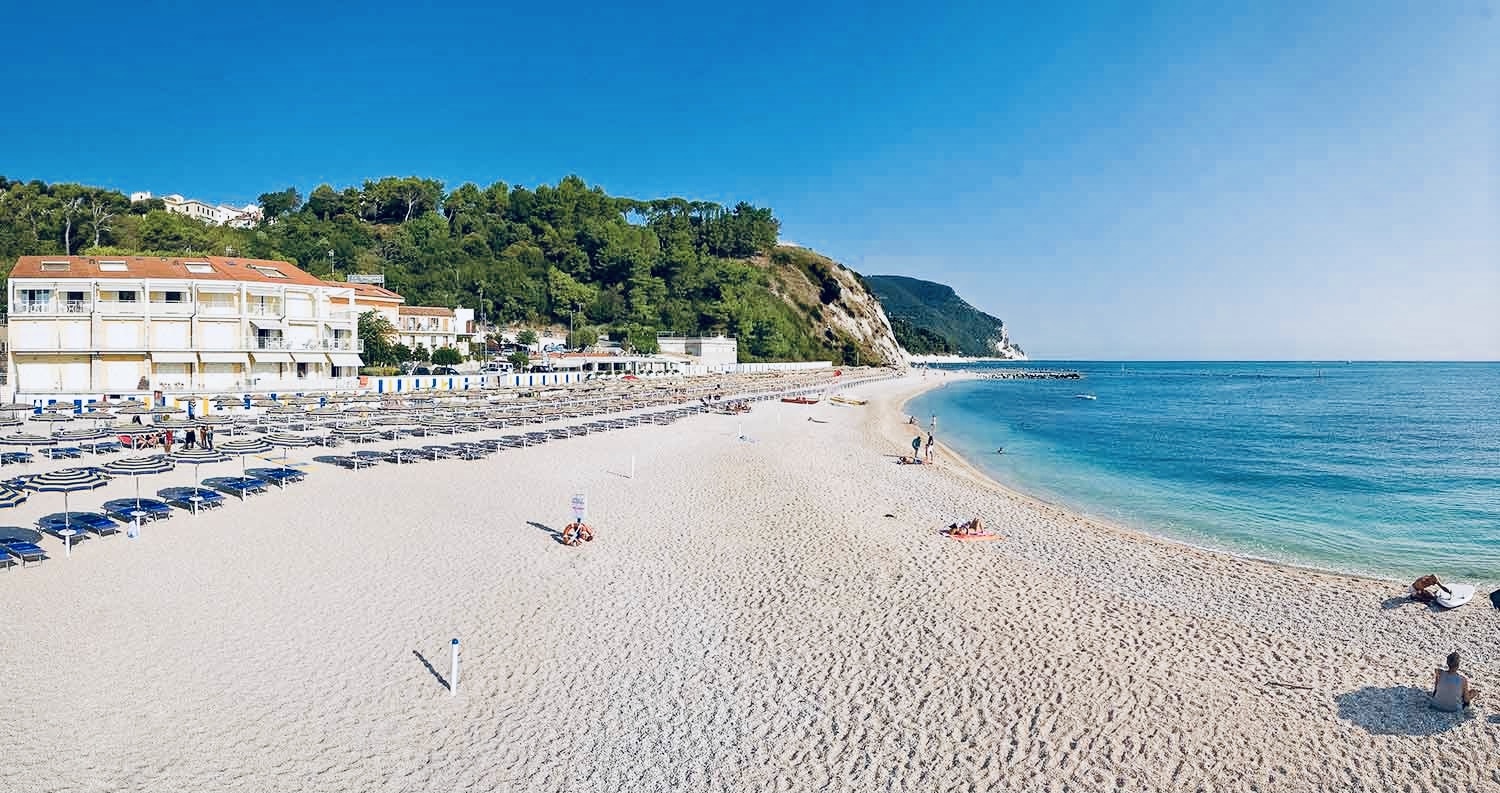 There are toilets with umbrellas before the port of Numana, interspersed with sections of free beach all the way up to the Marcelli seashore.

Marcelli, a hamlet in the municipality of Numana, has a large pebble beach that is popular with families with children. Marcelli’s life revolves around the main square. During the summer, there are several entertainment events that can be followed by a good fish aperitif, as well as pizza and pasta meals, at Bagno 25 or at one of the bars along the main street. 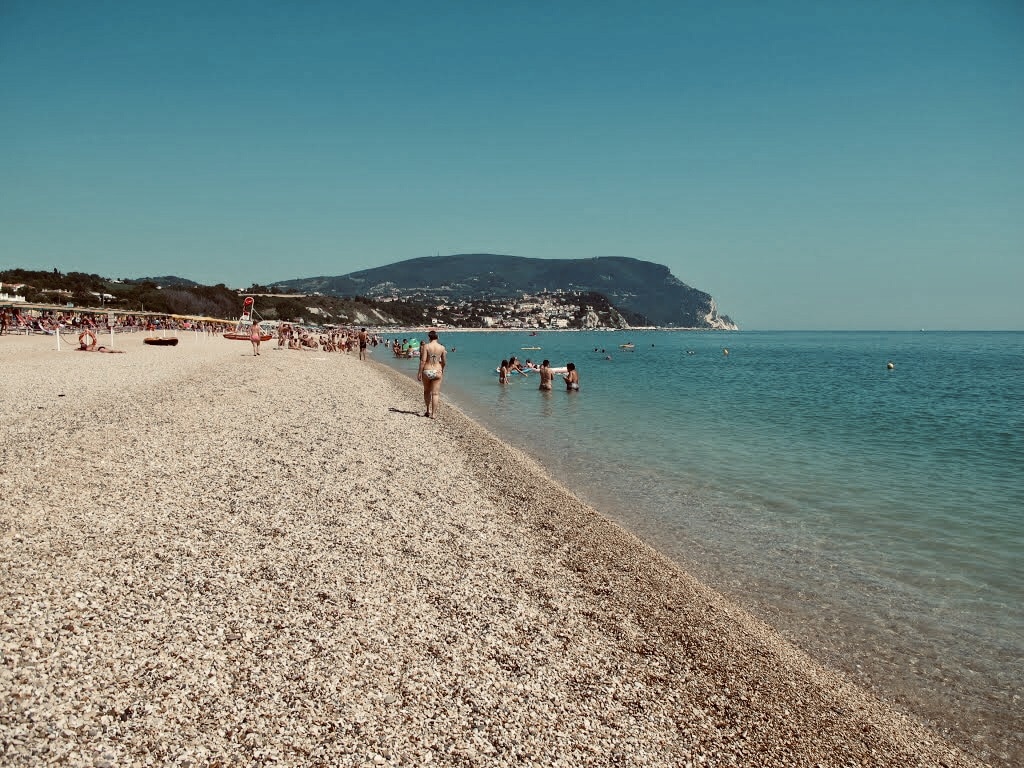 In the evenings, Via Litoranea in Marcelli is often blocked by traffic, transforming into a pedestrian area where you can walk a stone’s throw from the sea and visit local craft stalls.

Where to park in Numana and Marcelli 🚗

The sparse and pricey parking lots along the seaside are one of the weak points of the entire Numana and Marcelli area. Unfortunately, this is due to the terrain’s shape, which leaves extremely few parking spots in the rear area of the beaches. However, just outside of town, in Numana Alta and Marcelli, there are paid sites with a fixed charge of a few euros per day, supplied by continuous runs of a free shuttle that may be used to travel from any location in Marcelli to Numana Alta.

Local fish dishes, prepared in simple and delightful ways, are the mainstay of Numana cuisine. If you’re on vacation in Numana, make sure to sample the following delicacies; you won’t soon forget them.

The protagonist is, of course, the fish: marinated anchovies, which can be found in any coastal region, are usually quite fresh here in Numana, given the abundance of fish.

This is a simple recipe that uses vinegar to cook the sensitive meat of the fish and makes a great cold appetizer. Two other “all’anconetana” recipes continue to enchant the palates of those fortunate enough to visit Numana on vacation. Stockfish with potatoes, tomato, anchovies, fragrant herbs like parsley and marjoram, garlic, oil, and butter is one of them. 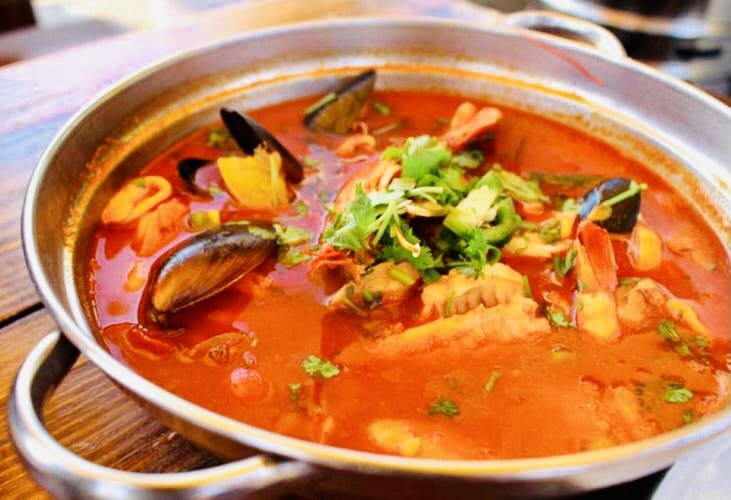 The brodetto all’anconetana, on the other hand, has 13 different varieties of fish, including crabs, fish, and mollusks. Lemon mussels are another traditional Conero dish: the Portonovo wild mussels, which are huge and excellent, are plentiful here. The dish must be served with wood-fired bread, which is distinctive of the region. The scottadito sardines are the last but not least of the seafood recipes: after gutting the freshest sardines, they are passed through a mixture of breadcrumbs, salt, pepper, garlic, parsley, and rosemary. They’re then grilled on a well-heated grill.

There are a plethora of earthen dishes that include rabbit and chicken meat. Porchetta rabbit is seasoned with its own intestines and potatoes, cooked ham, rosemary, and wild fennel. The chicken in pistachio is made in the same way: in a skillet with oil, garlic, chili, and tomatoes. The recipe is finished with parsley and rosemary, which give it a Mediterranean flavor.

Why You Should Visit Buckeye Hot Springs Buckeye Hot Springs has absolutely stunning scenery. Though witnessing that scenery is only possible through a 10-minute-hike – the trail of which starts directly from the parking area (to know more about the hiking tips and directions, scroll down).  You’ll encounter two smaller natural tubs – AKA The ... Read more