Things to do in Offagna

Offagna, located on the top of a hill near the Conero Riviera in the province of Ancona, is one of Italy’s most beautiful settlements. The medieval settlement is built around its ancient fortress, the town’s major defensive building, which still stands silently watching over the town and the beautiful scenery that surrounds it. 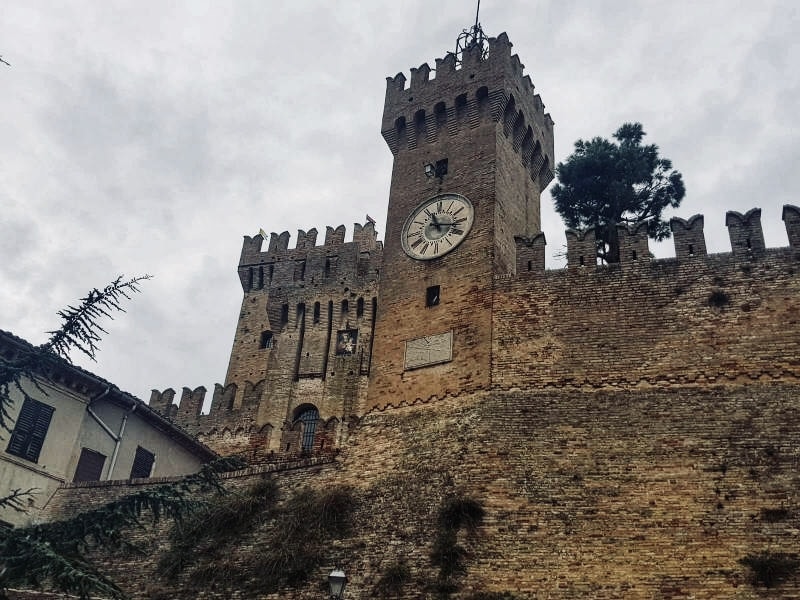 What to see in Offagna

The ancient town of Offagna is small in size, but it is a classic landscape that should be experienced slowly and carefully, paying attention to every aspect. The beautiful Rocca di Offagna, a splendid example of military architecture from a historical time between the Middle Ages and the Renaissance, is perhaps the architecture that hits the visitor the most. The Rocca, which stands on a tuff cliff and is a quadrangular structure with a forty-meter high keep in the center and five stories, was built by the people of Ancona for defensive purposes in 1454-1455. 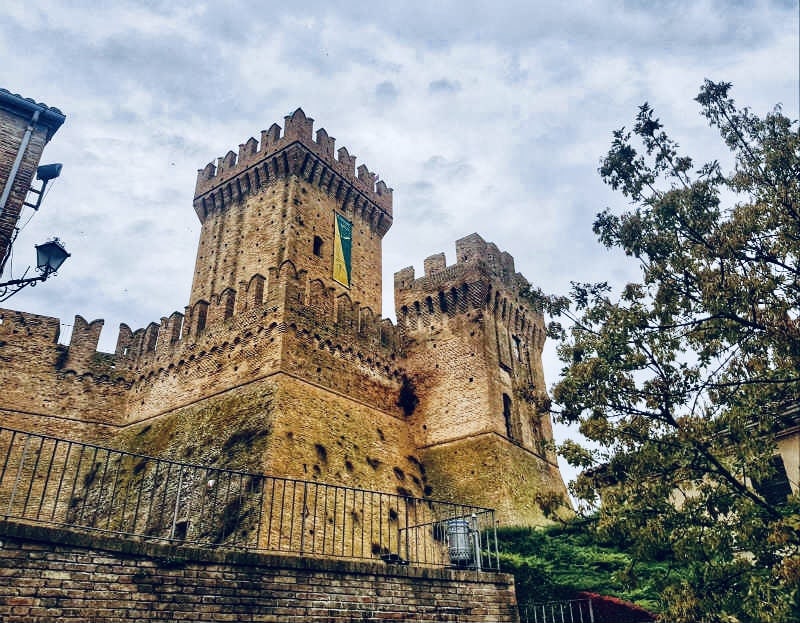 A panoramic terrace on the top of the castle overlooks the countryside, which stretches from the Adriatic to the Umbrian-Marche Apennines, while a perimeter of fortified walls with Ghibelline battlements, interspersed with defensive towers, surrounds the fortress: the semicircular tower that delimited the walls to the northeast is still visible today. The view from the Belvedere, which extends around the Rocca and up to Monte Conero, is truly spectacular, while inside the Rocca today are the Museum of Weapons, the Museum of Ancona Liberation, and the Paolucci Museum, which houses a rich wildlife collection amassed by Professor Luigi Paolucci, an Ancona scholar who lived between the 19th and 20th centuries. 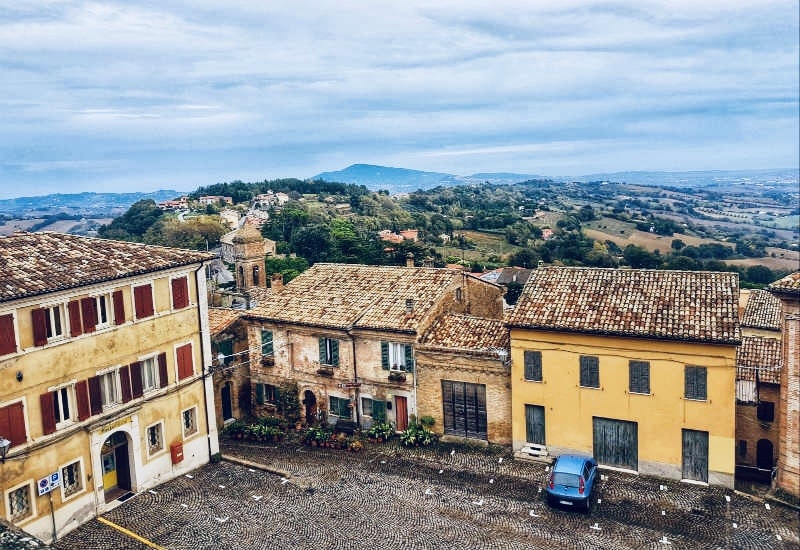 Aside from this military wonder, the city of Offagna was supplemented by various works by the great architect and hydraulic engineer Andrea Vinci. Vinci worked with other notable figures such as Carlo Murena and Luigi Vanvitelli on the Royal Palace of Caserta and then landed in Offagna to complete the Monastery of S. Maria della Visitazione in 1767 and the Church of Santissimo Sacramento in 1787, both jewels of rationality, formal purity, and austerity. The parish church of San Tommaso is Offagna’s principal religious structure, but the Church of Santa Lucia, which was first recorded in 1372, attracts the interest of visitors who visit the little center: The church, which houses seventeenth-century artworks, benefited from Andrea Vinci’s restructuring work and is also known for the discovery of remnants of a victim in its sacristy.

Offagna, on the other hand, has two major structures worth seeing. The first is Villa Montegallo, which is located just outside of town on a hill overlooking the sea and features a seventeenth-century body commissioned by Antonio Maria Gallo but subject to Vinci’s revisions. It was once an aristocratic home and is now encircled by a magnificent terraced garden complex. Villa Malacari, a country mansion of the Malacari family from Grigiano, was built in the 17th century. The cellar, the stables, the carpentry, the oil mill, and the grain storage all bear witness to the building’s agricultural past. It is now a vineyard, and the gardens are extremely beautiful. Offagna’s setting in the picturesque Marche valleys makes it a romantic and timeless destination, ideal for a relaxed visit and proud representative of the Italian landscape’s eternal beauty. 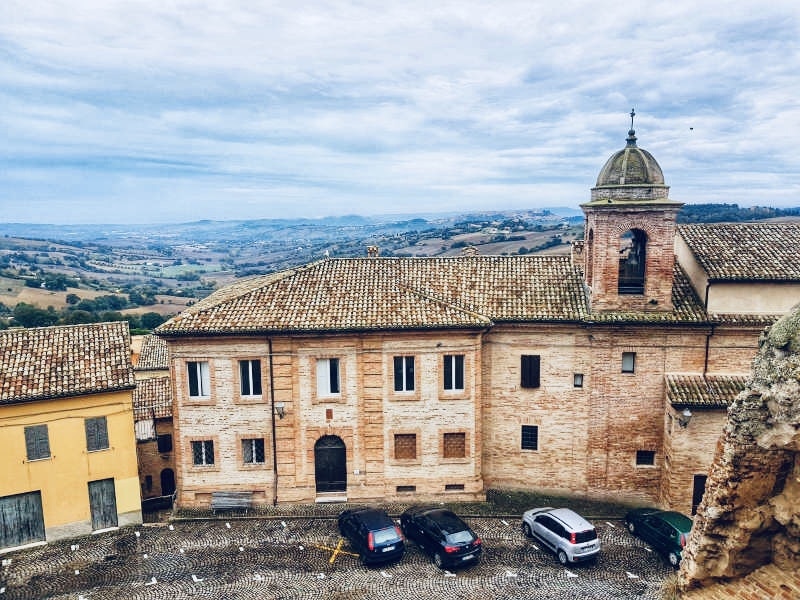 The Medieval Festivals of Offagna

During the last week of July, the province of Ancona is immersed in a bygone era as part of the Medieval Festivals. Even Offagna’s hamlet is implicated in these reinterpretations, with every lane and square taking a step back in time to reclaim its original character. Offagna takes on a truly irresistible appeal thanks to fire eaters, storytellers, and representations of Middle Age arts and crafts. The Contesa della Crescia is the primary event of the festival, which includes a battle between the knights of the four districts of Torrione, Sacramento, Croce, and San Bernardino, as well as the ultimate investiture of the top duelists.


In May, however, the village is tinged with a thousand colors on the occasion of the Offagna in Fiore festival, an event dedicated to the world of floriculture that colors the pearl of the Conero with hundreds of nursery species and an all-spring climate.