Things to do in Orte

Orte is the ideal location for a day journey out of town, starting in Rome, and spending a tranquil and unique day. Despite the fact that the village is peaceful and has a magnificent view of the Latium countryside, it is not a well-known tourist destination.

Orte in the history

Its beginnings may be traced all the way back to the end of the Bronze Age. The current village was established during the Etruscan period (VI century) and afterward came under the control of the Romans. Orte has always been a vital communication crossroads, and today it is nestled in the greenery of Tuscia, just a few steps from the Tiber River. 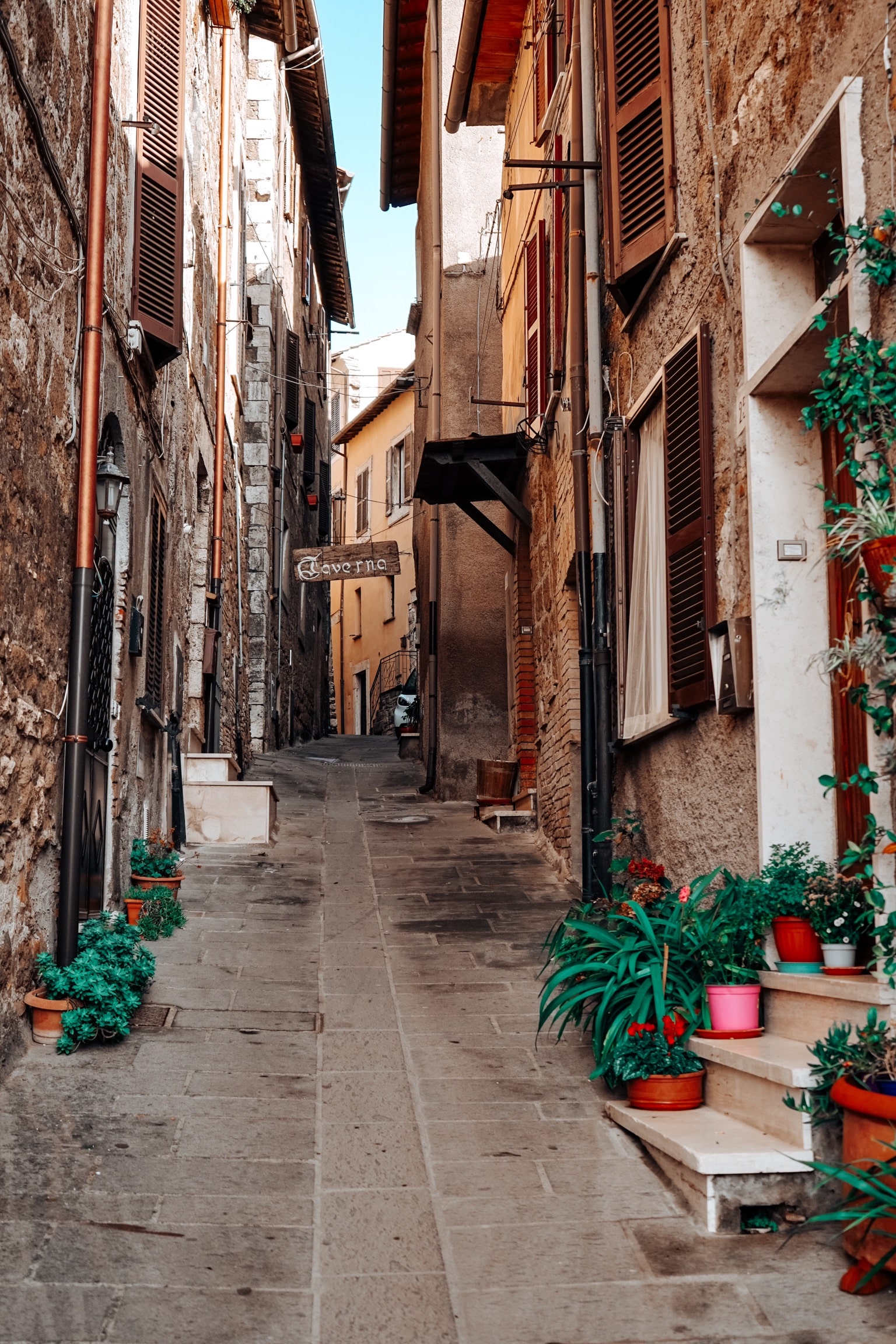 What to see in Orte in one day

You don’t need more than one day to visit Orte; in fact, half a day is probably sufficient, and the visit can be paired with its environs, though my advice is to take your time and enjoy the walk, stopping for a delicious lunch along the way!

Orte’s old core, centered on Piazza della Libertà, is a maze of streets and squares with flower-filled entrances and balconies, as well as panoramic views of the Latium countryside.

The main square is home to the Duomo, which is dedicated to Santa Maria Assunta. It’s a 1700s church with rococo-style interior stuccoes (constructed on the ruins of an ancient medieval basilica). 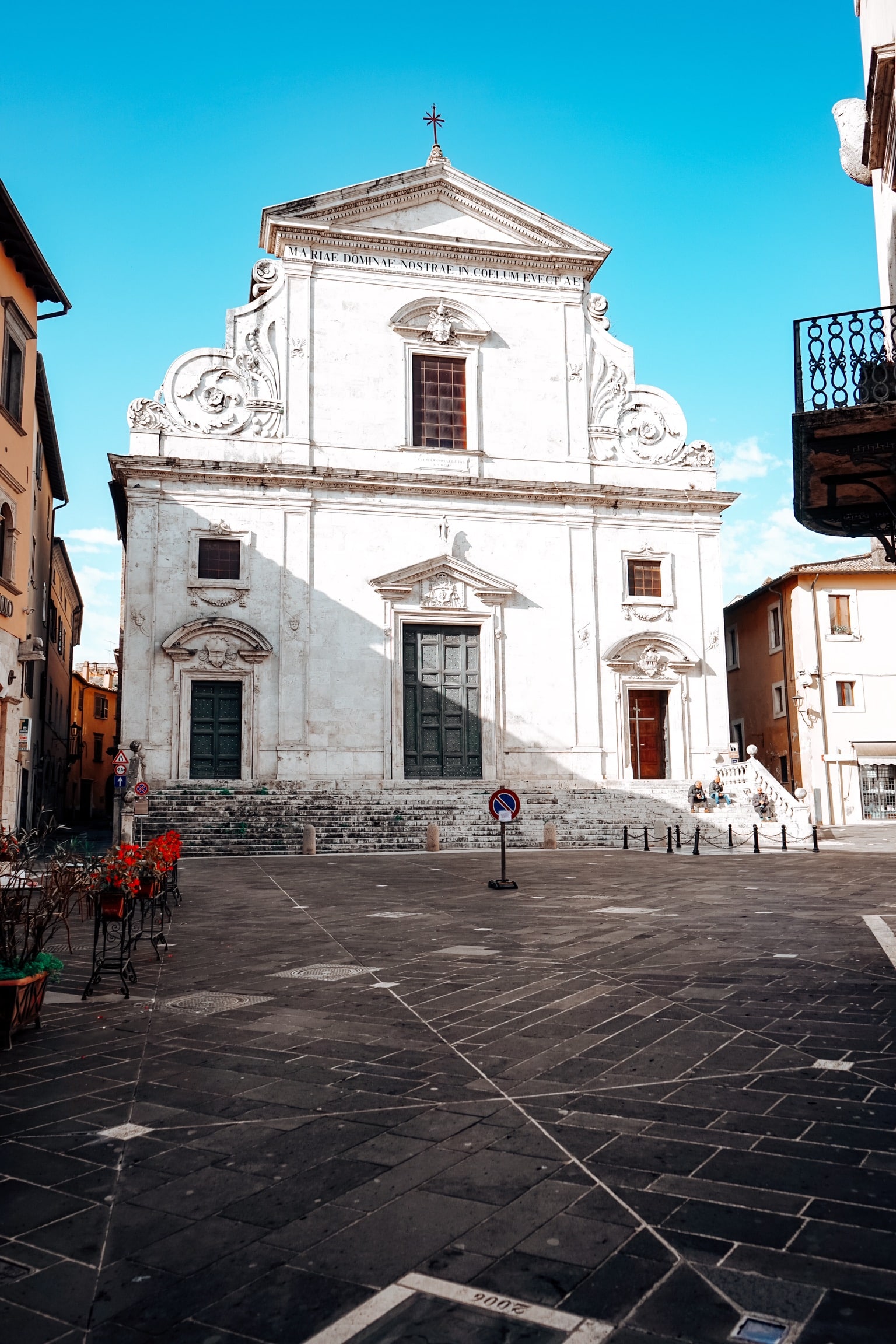 Other houses of worship in the village are also significant. We can see the church of San Pietro, which was erected in the first part of the fifteenth century, and the medieval church of San Biagio, which was established in 1253 while walking through the historical center. The Church and Monastery of Santa Maria di Loreto, both erected in 1641, and the Sanctuary and Monastery of Santa Maria delle Grazie, both established in 1521, are among the religious structures. Other sacred buildings are present in Orte Scalo and in the locality of Castel Bagnolo. 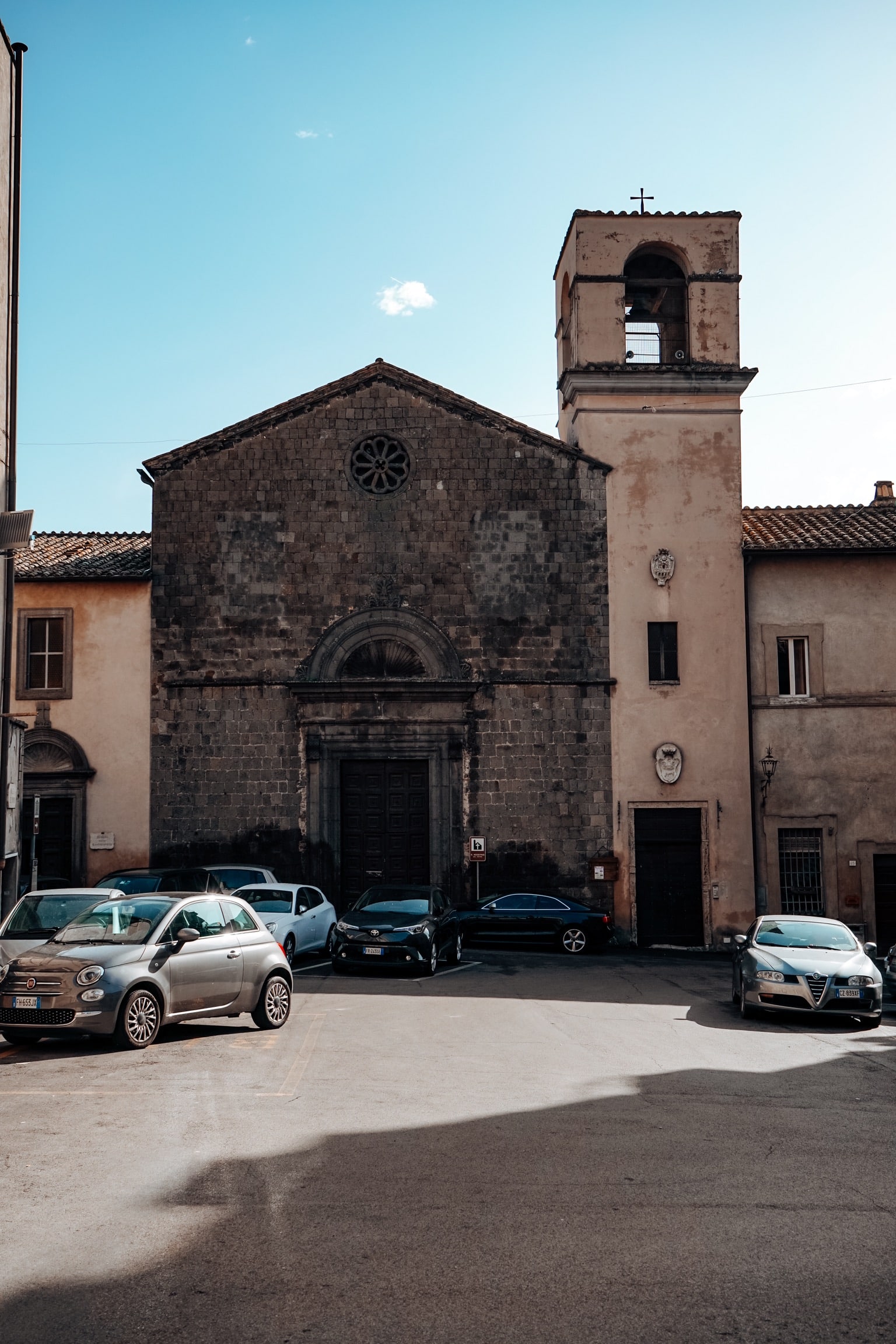 Museum of the Brotherhoods

It’s in the sacristy of the church of Santa Croce, which was once a hospital. It is a sacred art collection that is supplemented by pieces from local confraternities.

Orte’s historical patrimony also includes a number of historically significant noble palaces. Palazzo Nuzzi, which houses the municipal seat and was built at the beginning of the 18th century, rises in the historical center. There are frescoes in certain rooms, particularly in the council chamber, and classical and medieval marble works in the hallway. The old Palazzo Comunale, which faced Piazza Sant’Agostino and later became the seat of the Augustinian friars, has been documented from 1295. There are three coats of arms on the facade, two of which refer to two Popes and the third to Orte. 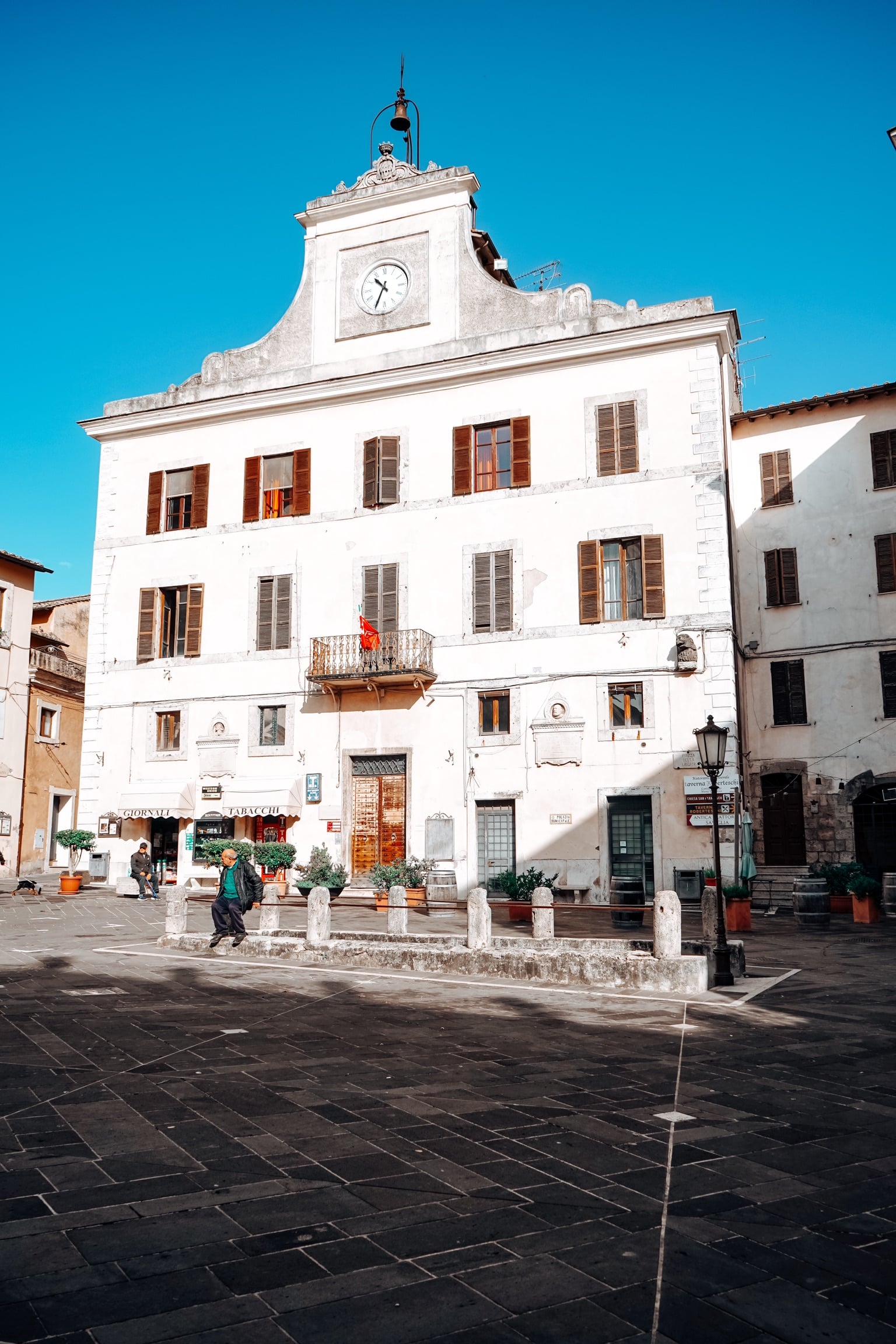 The Palazzo dell’Orologio, already Palazzo degli Podestà, is one of the most prominent historical palaces, dating back to the 17th century. The tour of the area continues with admiration of the Roberteschi Palace, which dates from the Middle Ages but was renovated between the 400s and the 500s, and now houses the Octave of Sant’Egidio. Palazzo Alberti alla Rocca, built between the sixteenth and seventeenth centuries, is austere but attractive, with valuable frescoed chambers.

The city’s most notable attraction is undoubtedly Orte Sotterranea. A lovely underground fountain, most likely a cistern created in Roman times, can be found near Piazza della Libertà. The huge network of tunnels that penetrate the city’s underground can be discovered through guided excursions. An experience that will remind you of both the well-known Orvieto Underground and the lesser-known Viterbo Underground. 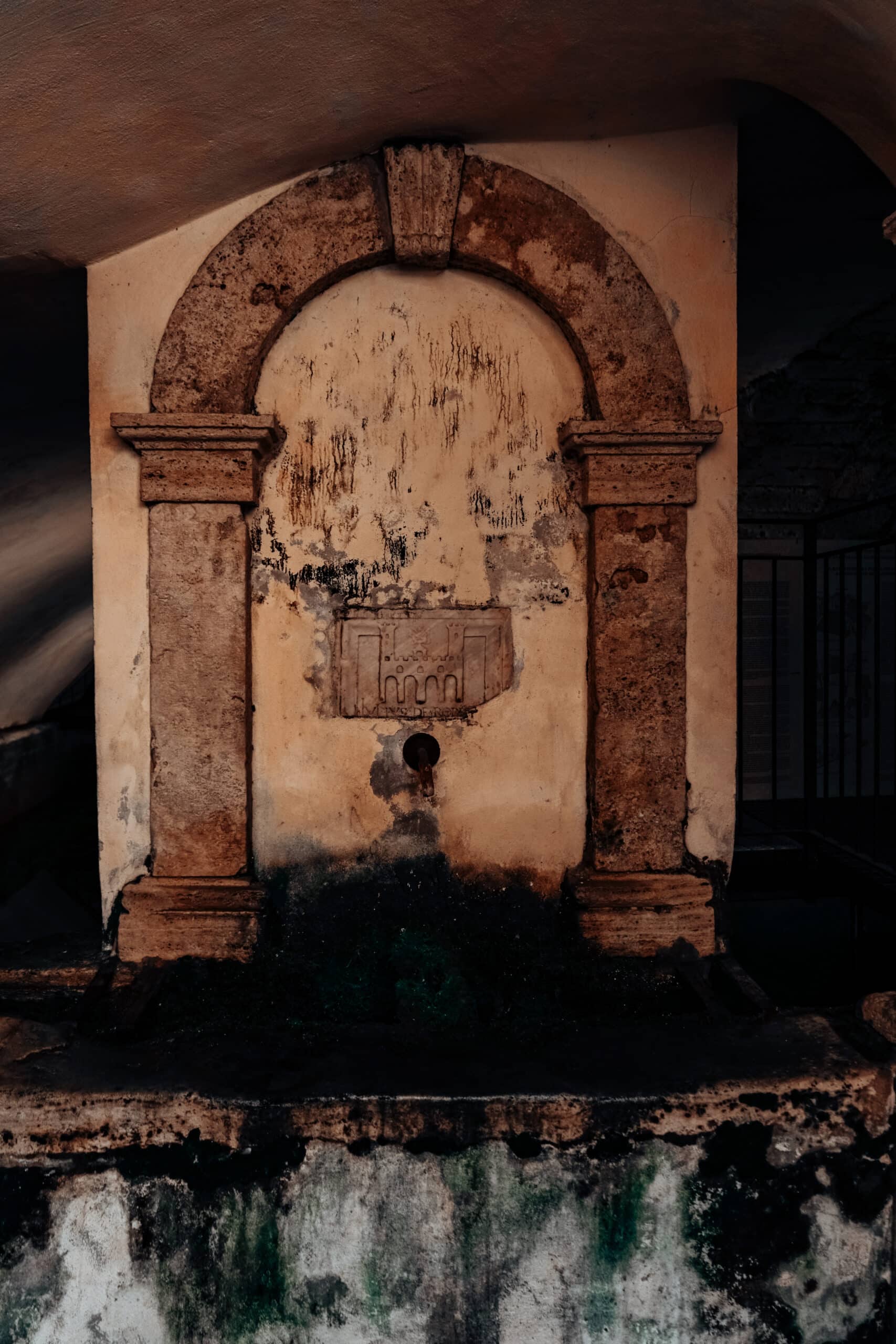 How to reach Orte

Orte is a town in the province of Viterbo that is easily accessible due to its proximity to the A1 highway exit. My recommendation is to park on Via della Rocca, just below the town’s historical core, and walk from there. The entry resembles the pedestrian bridge that leads to Civita di Bagnoregio, but in a minor way.