Things to do in Pisa

Pisa is known as the city of the Leaning Tower 🗼: the monument’s unique inclination has made it popular throughout the world, but there are many other reasons to visit this magnificent Tuscan city. Let’s see what we can find out together!

As soon as you exit the station, you can see Piazza Vittorio Emanuele, the city’s administrative center, with a series of ancient buildings overlooking this almost amphitheatrical square. From here, walk towards Corso Italia, Pisa’s most popular street, which is lined with shops of all kinds, making it an ideal stroll for all shoppers. We arrive at the famous Logge dei Banchi at the entrance to the Ponte di Mezzo on the Arno river (where the famous Gioco del Ponte is played), a characteristic and impressive loggia constructed on a project by Buontalenti during the early seventeenth century and used to host the wool and silk market, after passing via Piazza del Carmine and Piazza della Pera. We head towards Lungarno Galilei: the lungarni of Pisa, or those roads that line the Arno river, are renowned both among the inhabitants and tourists of Pisa: meeting and aggregation points for the former with bars, restaurants, and pubs, and pleasant and suggestive walk for the latter, who here can admire the urban architecture of the city and the historical imprint of the buildings – also of medieval origin, then remodeled over the years – and of the palaces that constitute, in a certain sense, the fulcrum artistic. After Palazzo Lanfranchi on the Lungarno Galilei, we find the Church of San Sepolcro, which has an unusual octagonal plan and was built for the Templars as a church, shelter, hospital, and convent. 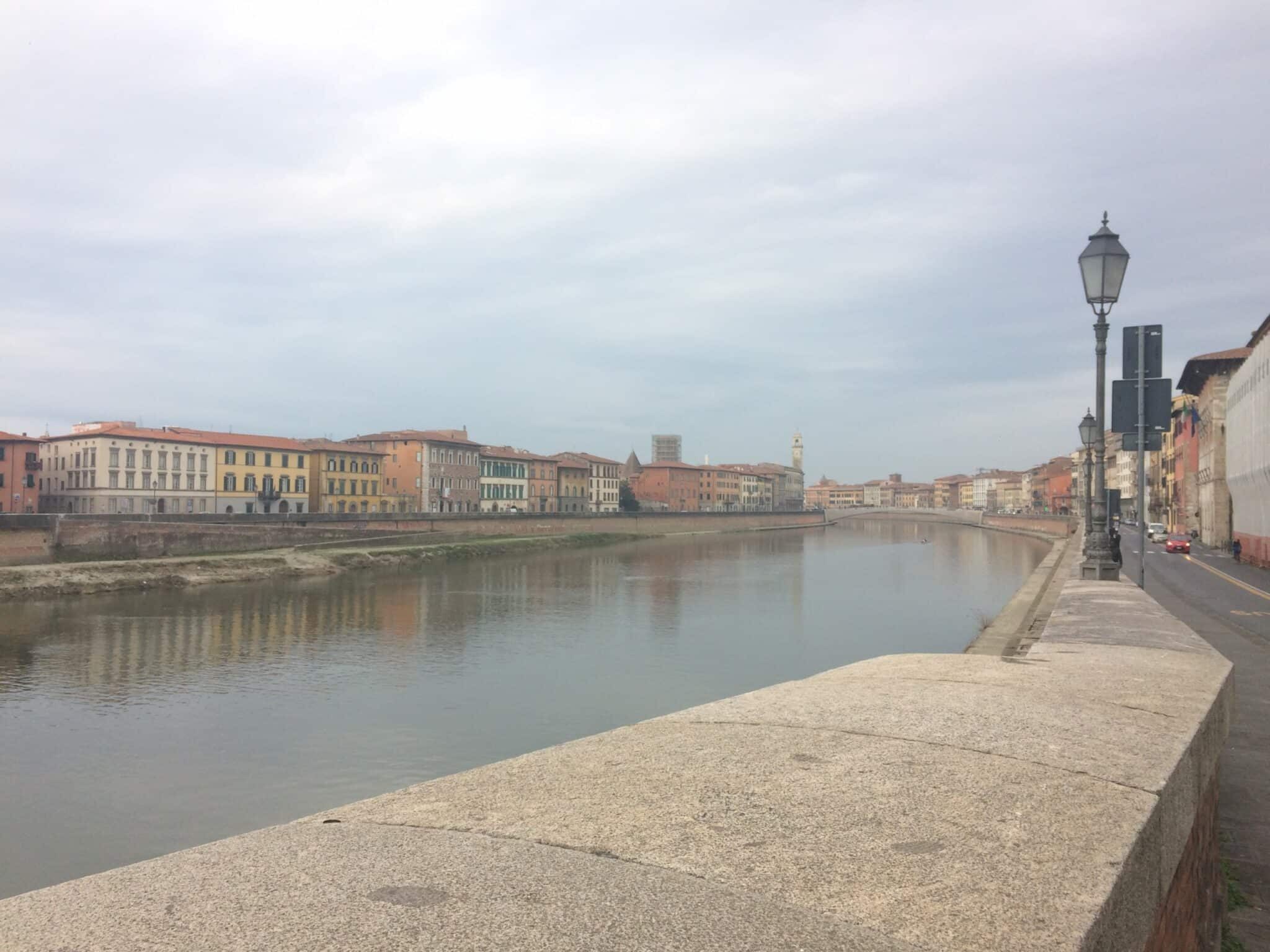 The Medici Lungarno, on the other hand, is perhaps the most significant and is known for the presence of both Palazzo Medici, also known as Palazzo Vecchio (it was the residence of Cosimo Il Vecchio and residence of Lorenzo Il Magnifico) and the church of San Matteo ⛪, which is also home to the San Matteo National Museum, which houses works by Italian artists. After a few more steps, you’ll reach the Borgo Stretto, a narrow medieval street with a series of arcades, ancient markets, and shops that often pique the curiosity of locals and visitors alike, more than anything else because it appears to belong to another temporal dimension, a historical road that retains the atmosphere of bygone eras. The Piazza dei Cavalieri, where the prestigious Scuola Normale di Pisa university 📓 is located, as well as the Palazzo dell’Orologio ⌚, the one with the two towers, one of which was made famous by Dante in his Divine Comedy, the Torre della Fame, is just a short distance away.

We’ll be in Piazza dei Miracoli in about ten minutes after passing via Via Santa Maria, a side street of the aforementioned square, which houses two of the university’s most prestigious faculties: the Faculty of Foreign Languages and Literatures and the School for Interpreters and Translators. And it is just a stone’s throw from the school that opens onto Via Santa Maria the glimpse of the beautiful Piazza dei Miracoli, the one that everyone knows for the Leaning Tower, although it hosts other buildings of historical and artistic interest to which it owes its name: the Baptistery, the Duomo and the Camposanto (to represent the cycle of life – birth, life, death). 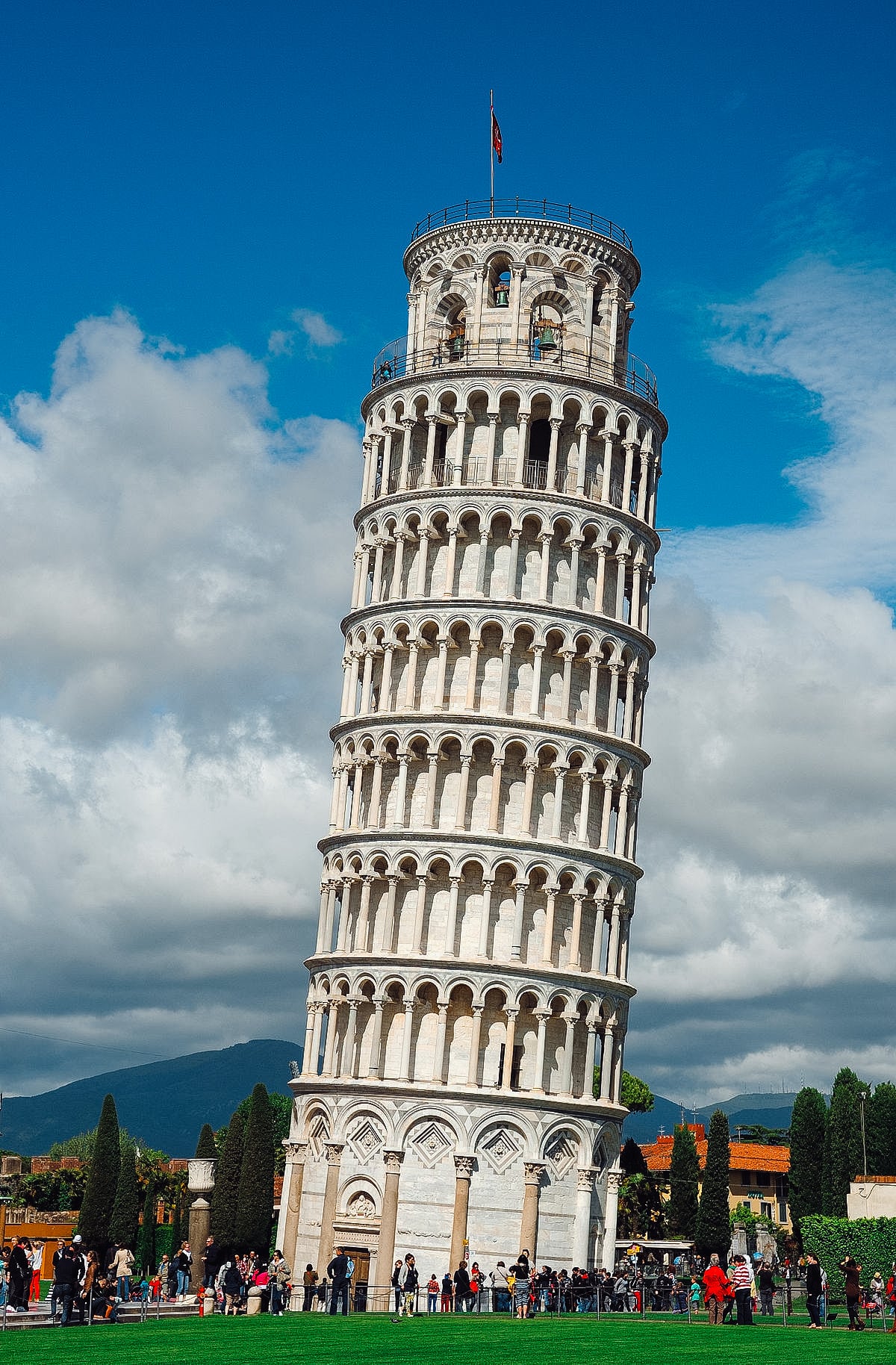 The Cathedral of Pisa is a magnificent example of Pisan Romanesque architecture, with a gray and white marble facade and polychrome marble decorations, as opposed to black and white marbles in the interior. Its bell tower, one of the most prominent in the world, stands about 50 meters tall and has a distinctive slope that is without a doubt unique in the world, due to landscape subsidence.  The tower, closed to the public until a few years ago, has been reopened and you can, therefore, climb to the top to visit it and look out from one of its many windows. 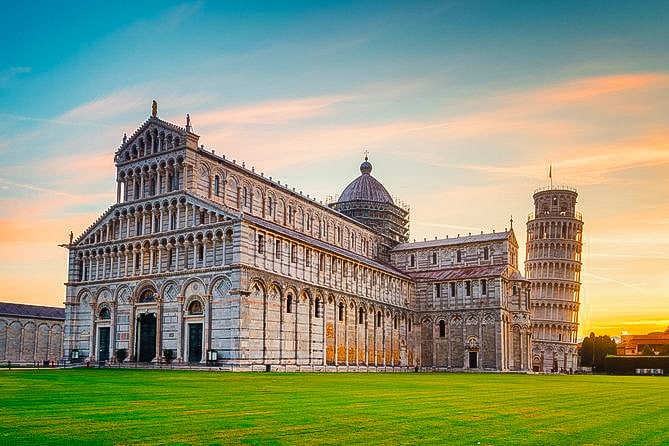 A curious anecdote: Every year, high school students visit the Baptistery, as well as the Gothic-style Cemetery, 100 days before their final exams to participate in a propitiatory and legendary rite: walking around the Baptistery and counting how many votes you want to take in the test!

Around the square are the Sinopie Museum and the Museo dell’Opera del Duomo 🕋, which houses the Duomo’s and Baptistery’s artistic finds. Except for the Leaning Tower, which has a separate entrance, you can buy cumulative tickets that will allow you to enter many places in the Piazza, including those mentioned above.