Things to do in Radicofani

Radicofani is a beautiful ancient town in the Val d’Orcia, in Siena’s region. It’s an unmissable destination for those looking to find Tuscany’s most distant and authentic side, with a rich historical, cultural, and landscape backdrop to be fully explored. In Radicofani, there are a variety of things to do and see 😍.


It is the primary attraction of Radicofani and is known for the adventures of the brigand Ghino di Tacco, who, after being exiled from his homeland, captured the stronghold and became the master of the city. The settlement and the magnificent surrounding scenery are dominated by the crenelated tower, which is perched on a cliff of 896 meters. From here, one can see Monte Cetona, Val d’Orcia, and Monte Amiata in all their glory. It is located at the foot of the famed Via Francigena. The subterranean passages, the five bastions, the fortress, and the museum of archaeological findings may all be found here. 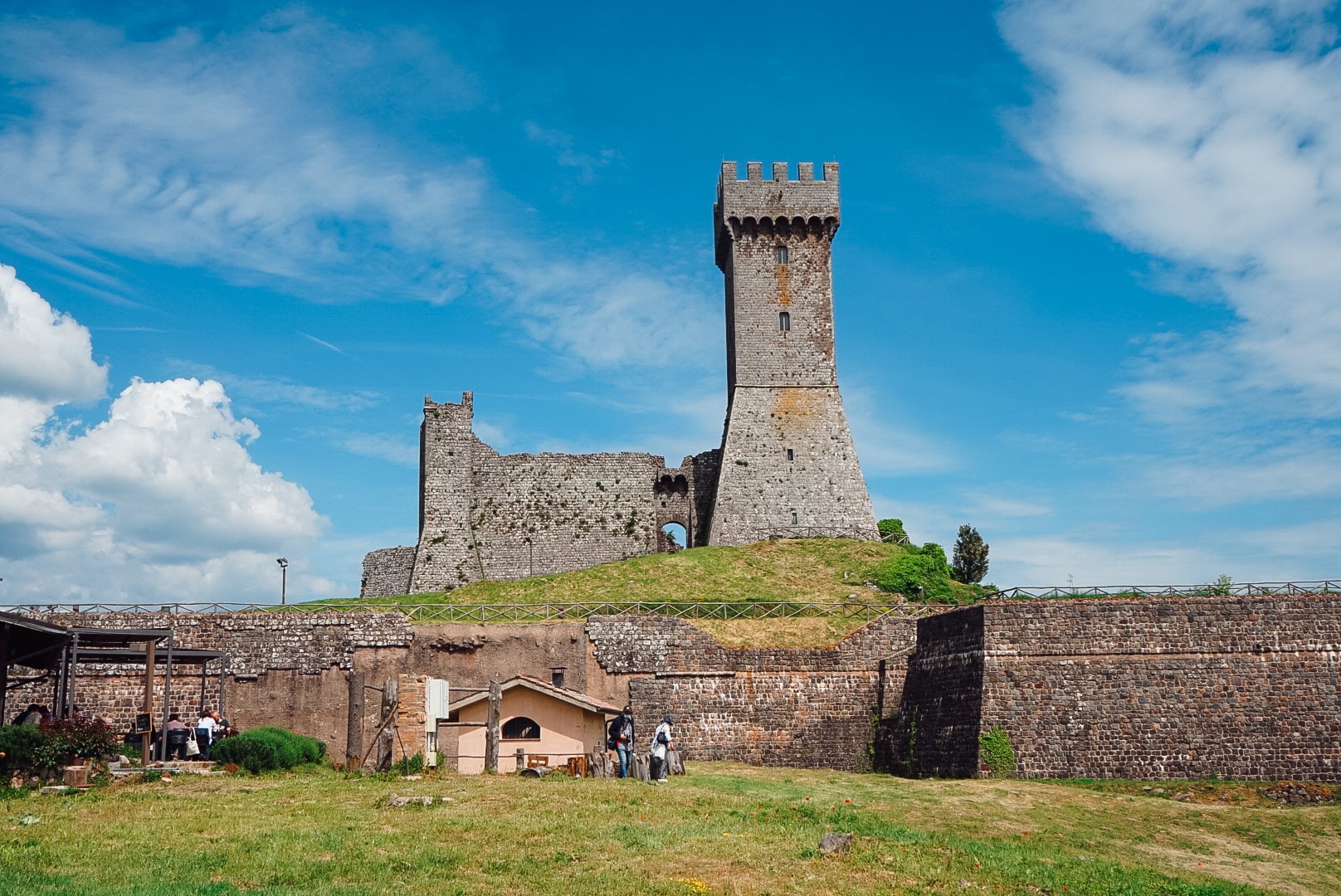 
Radicofani’s heart is full of mysteries and delights waiting to be discovered by tourists. At every turn, you’ll come across breathtaking scenery, historical churches with unique treasures, and Ghino di Tacco’s stone figure, a symbol of the town’s real personality. Sitting on a seat, take in the scenery that surrounds you: time will appear to have stopped. 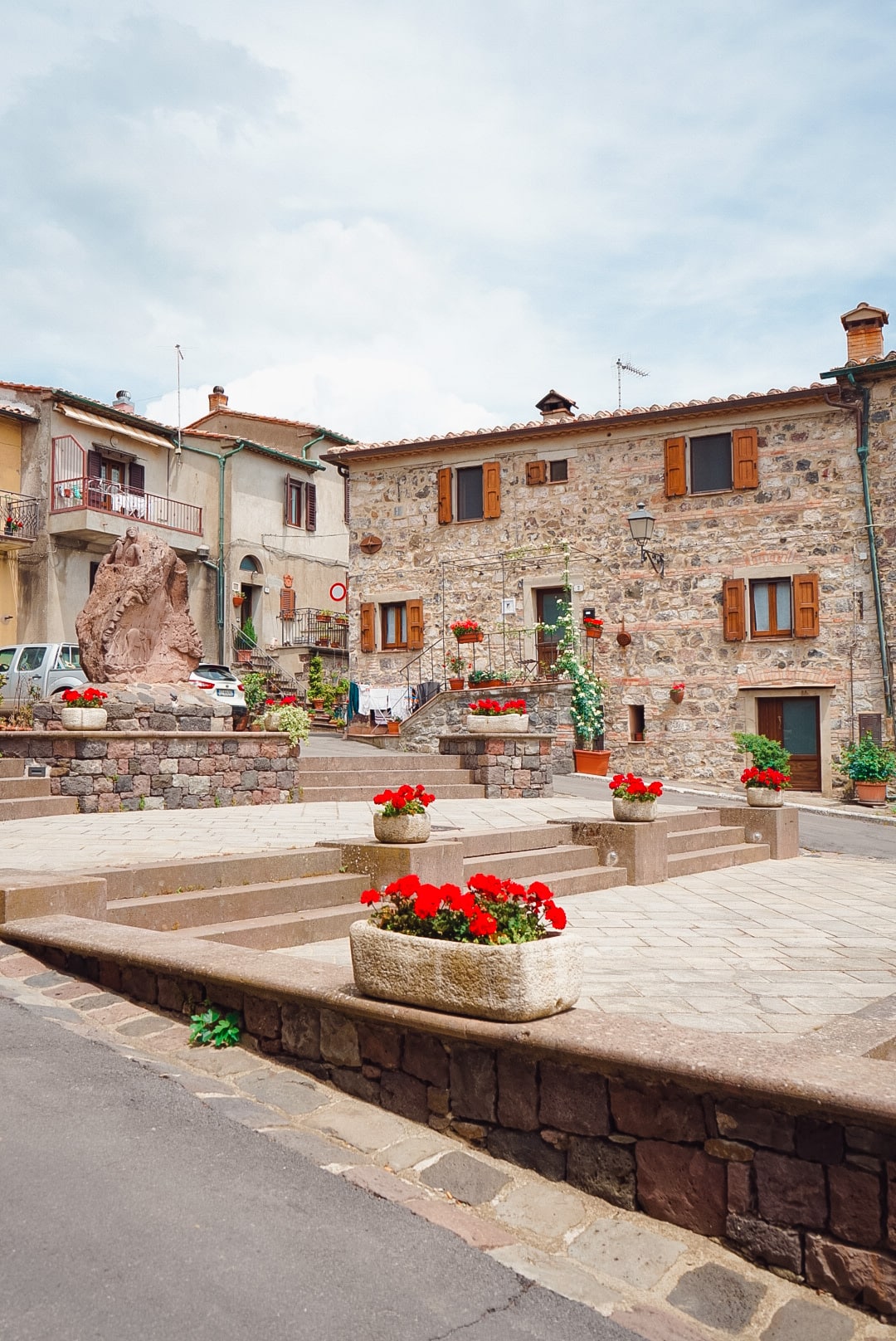 A curious fact: the final scene in Luca Miniero’s film “The most beautiful school in the world,” starring Christian De Sica and Rocco Papaleo, was shot here. 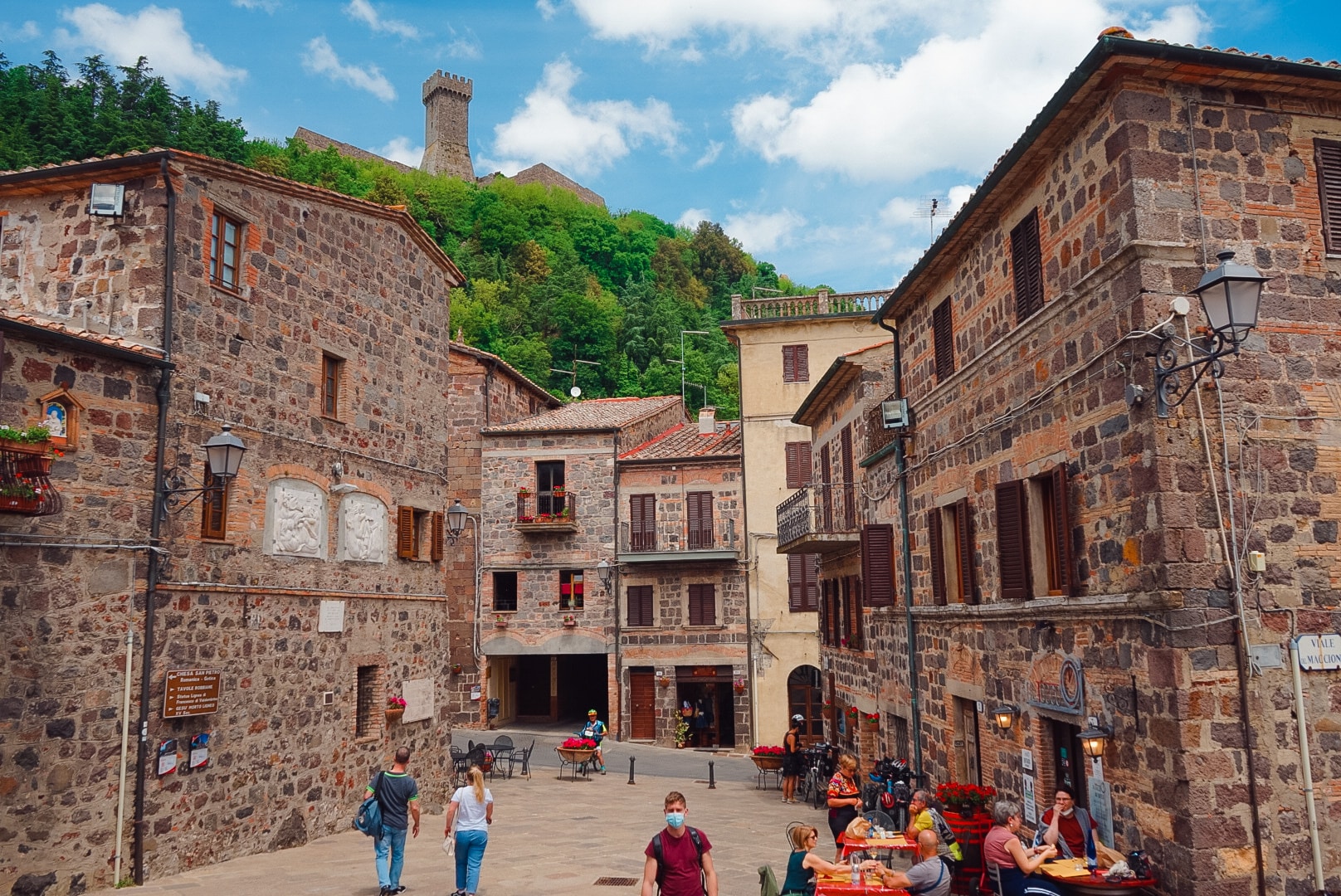 
The Pieve di San Pietro, which dates from the 10th to 11th centuries, has undergone various renovations throughout the years, none of which have altered the Romanesque-Gothic architecture. Inside, valuable pieces of art, such as the magnificent glazed terracotta altar panels and several wooden figures, may be seen. 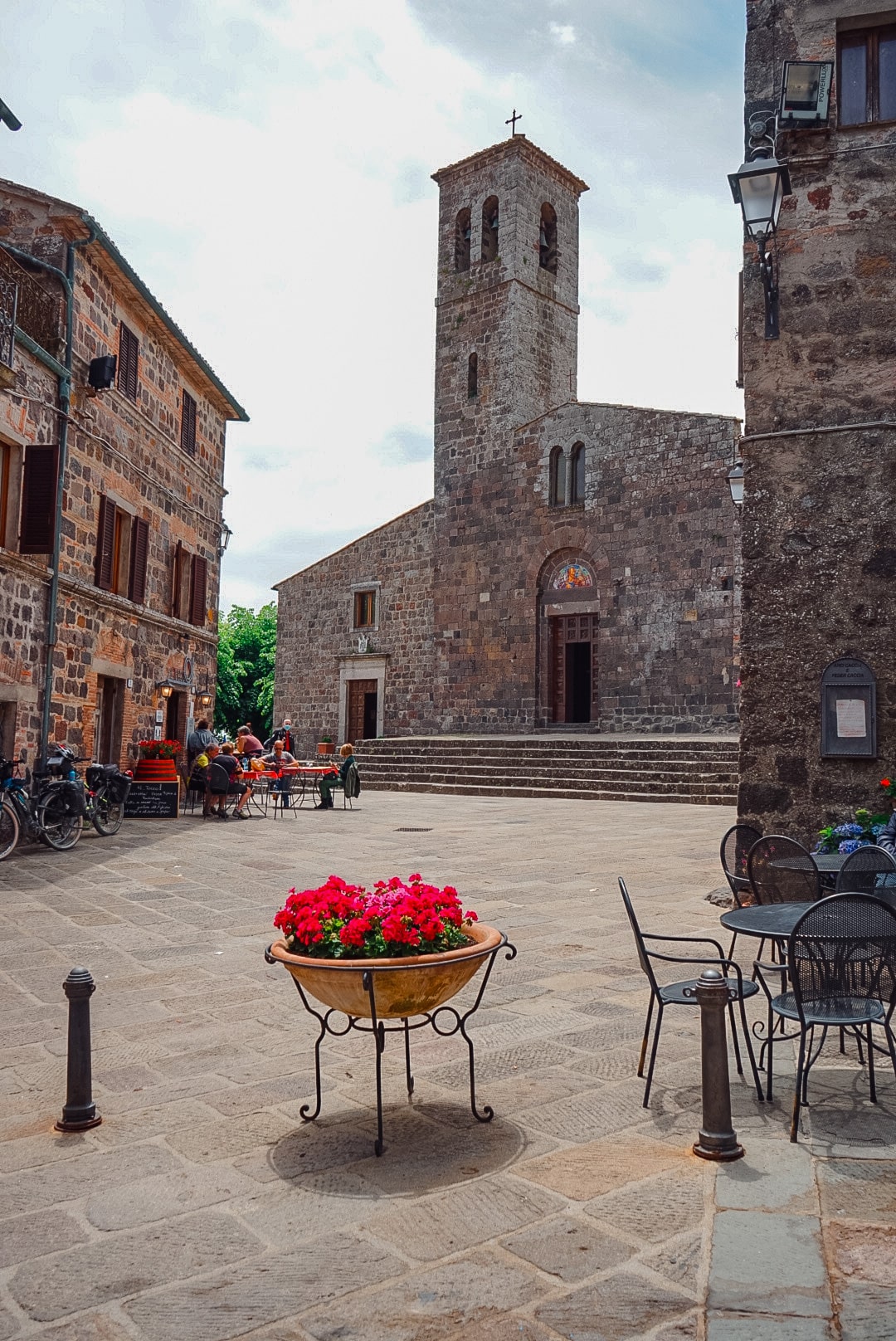 The Casale della Posta may be reached by descending from Radicofani’s medieval town. It is framed by a double row of cypresses and was built by the Medici in the 1500s. It hosted tourists and pilgrims on the Via Francigena until the end of the 19th century, and it was distinguished by a façade with a double loggia. Among them are notable figures such as Casanova, Stendhal, Charles Dickens, and Goethe.


The best time to visit Radicofani to sample its most genuine taste is on the first weekend of July when the “Pleasures of Summer” festival is held. The event, which was created to enrich the territory, comprises a market of local cuisine, wine, and artisan items, as well as the animation of the Rocca region and celestial observation with the naked eye and telescopes, organized by the association “Astroturistika” of Sarteano.

Radicofani features another must-see event in the summer: the renowned “Raviolo Festival.” Since 1971, an old festival conducted in the little hamlet of Contignano has allowed visitors to learn about the village’s gourmet delights, made by local women according to the most ancient customs. The authentic Contignano ravioli, either with meat sauce or butter and sage, is a must-try.

Bosco Isabella, a rare romantic garden built by the Luchini family at the end of the nineteenth century, occupies an area of about 2.5 hectares in the region that runs along the village’s southern walls. Plants from all over the world, as well as occult aspects like the intriguing stone pyramid, may be found here. 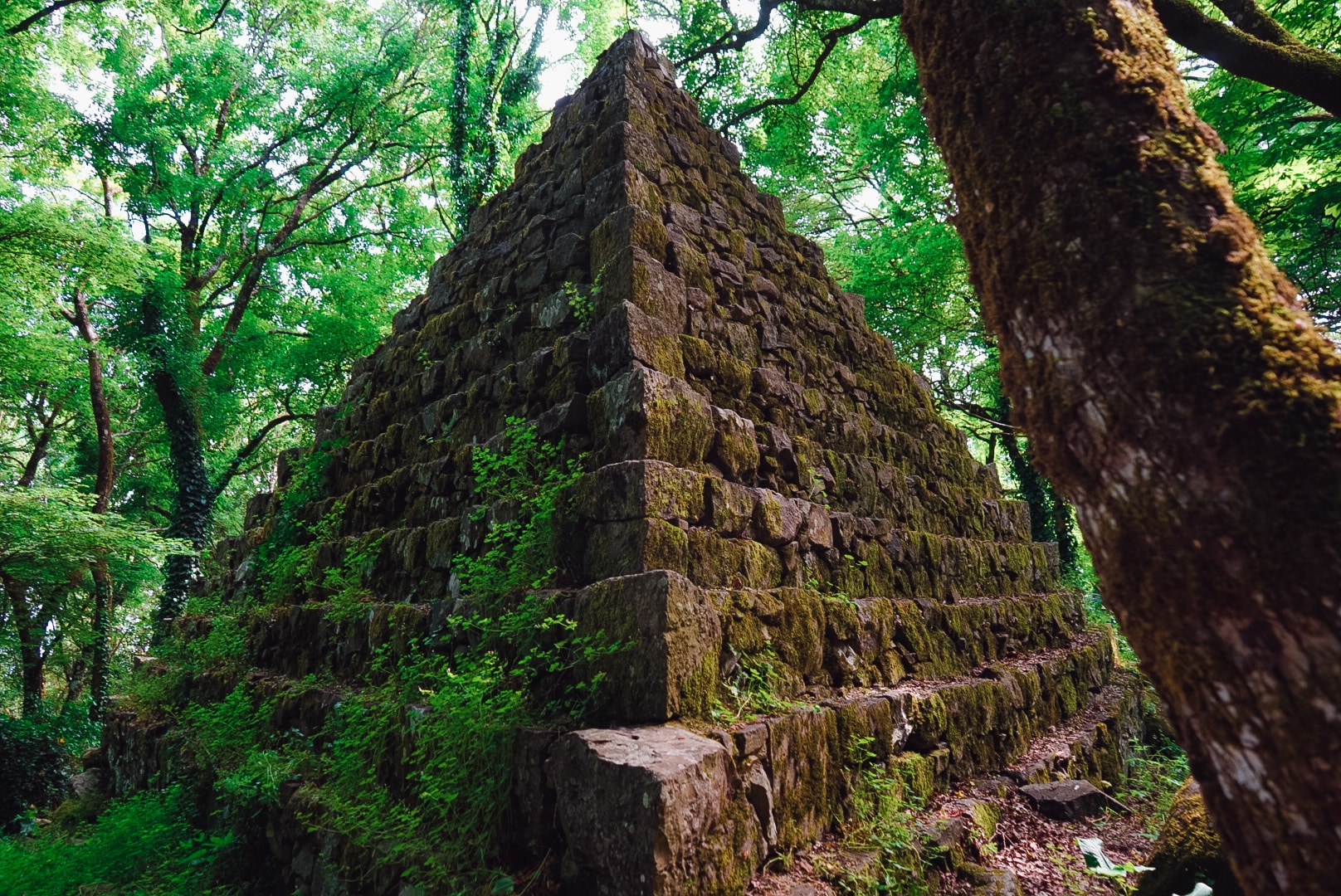