Things to do in Sirolo

Sirolo is a town located 125 meters above sea level on the Monte Conero slopes. We’re in the province of Ancona, looking out over the Adriatic. Between the green of the forest and the azure of the sea, in the heart of the Mediterranean scrub. A treasury of natural, historical, and architectural wonders. It’s an easy location to fall in love with.

Every part of Sirolo’s ancient town is a tangle of romanticism to be uncovered. Its building dates from the late Middle Ages and is in excellent condition. A network of narrow streets to explore, with several shops selling unusual handmade products and traditional Marche restaurants. Houses with meticulous attention to detail, flower-filled balconies, and glimpses of the past strewn around make walking through Sirolo’s old center a pleasurable experience. Church of the S.S Rosario ⛪️

You must be careful not to miss any important corners when walking around Sirolo’s historic core. The Church of the Holy Rosary, for example, is a charming small church that blends in with the houses in its alleyway. It is positioned just after the Gothic Arch, one of the villages of Sirolo’s entrance doors. It is imperative that we pay attention to it. However, it is worthwhile to seek it out. It was erected in 1613 in the Baroque style and features numerous important works. Most importantly, it maintains calm and tranquility. 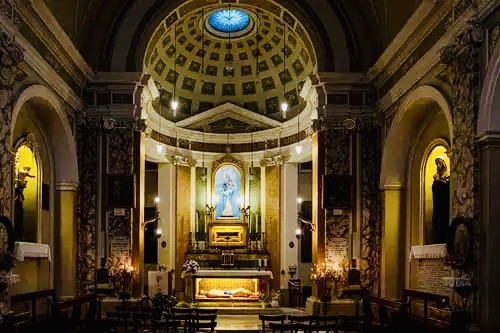 The village’s heart, Piazza Vittorio Veneto, is reached through the tiny lanes of the ancient center. A spacious and cheerful square with a spectacular view of the sea. Hundreds of people congregate in this true open-air living room, especially during the summer when it transforms into a stage for shows, concerts, music, and entertainment. Young and old alike take a seat in this wonderful living room, in the company of friends, for an aperitif, an ice cream, or a cocktail, in this gorgeous plaza on the Riviera.

One of the most magnificent vistas of the entire Conero Riviera may be seen in the village’s picturesque square. Simply gaze out from Sirolo’s Panoramic Balcony onto an expansive panorama, which includes a glimpse of Croatia’s profile on clear mornings. An intimate, inviting space where individuals who are alone with their thoughts, those who pledge themselves love, and those who grin at their friends can all be found. Without a doubt, one of Sirolo’s most romantic spots. 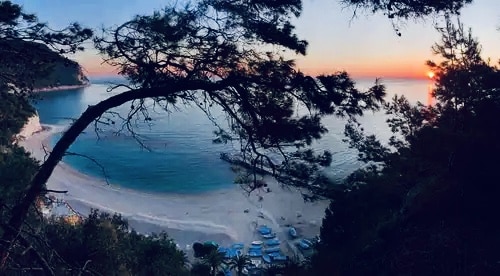 The Church of San Nicola di Bari, with its bell tower, is located in a corner of Piazza Vittorio Veneto. They are in a position where they can gaze down on Monte Conero and the sea below. The church of Sirolo, dedicated to San Nicola di Bari, the famous miracle-working saint, was built in the 1700s on the foundations of a prior structure dating from 1230. It has a modest façade but is lavishly decorated on the inside. It also houses old figurative paintings, a magnificent 18th-century organ, and a 16th-century wooden crucifix. 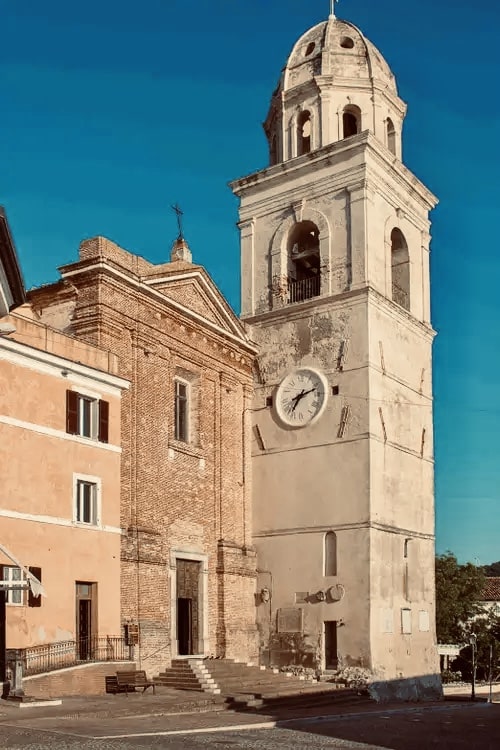 This church also incorporates one of the two towers, the only remains of the ancient castle of Sirolo.

During the summer, the Cortesi Theater’s full program is relocated to the Teatro alle Cave, which is unquestionably one of Sirolo’s must-see attractions. Because it was developed from an abandoned quarry, a former stone mine was restored into a magnificent open-air theater that hosts up to 3,500 people every year beginning in June. The Teatro alle Cave is a stage that brings music and performances to Sirolo’s pleasant summer evenings. In a situation like this, it’s invaluable.