It is a walled community that retains its elegance from the past, with building facades that mimic the round structure of the historic wall on which they stand. With its magnificent Florentine entryway and red herringbone paved roadway, it greets visitors. A defensive tower with a bell gable rises up to the crown on the right side.

The little castle of Tignano 🏰 might be regarded as one of the greatest examples of a medieval fortified settlement on the high seas, owing to the immaculate preservation of its unique circular form. Numerous archaeological artifacts have also been discovered in the region, indicating the settlement’s very old origins, even though the walled village’s existence was first confirmed in the year 1000. 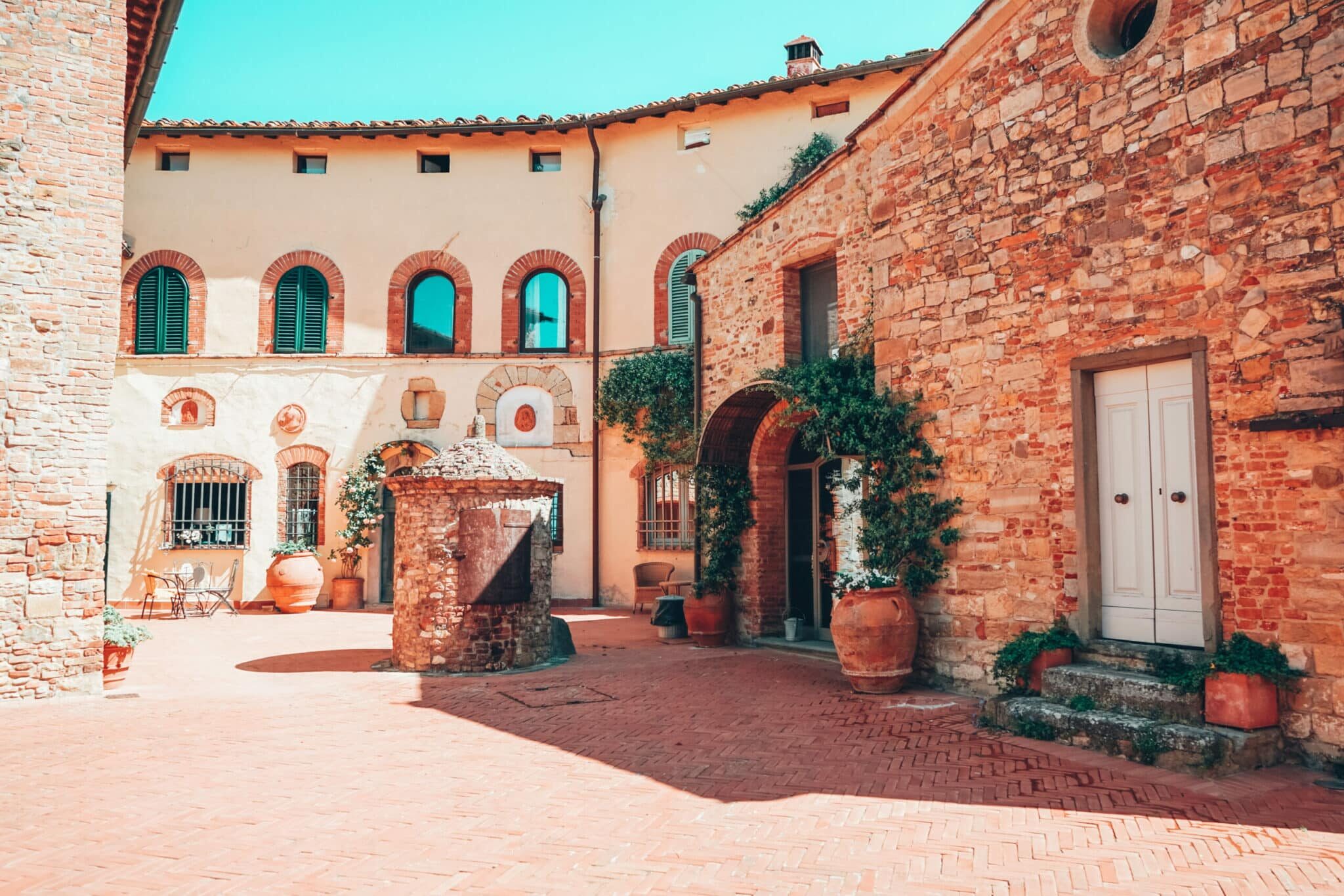 The Alberti counts fortified the Tignano hill in the 12th century by building the castle, in order to create a ‘wedge‘ between the territories of the two antagonistic powers of Florence and Siena and to give the local population a point of reference to defending against incursions of armies, or bands of brigands, from nearby cities. Tignano joined the Florentine Republic in the 13th century, and took an active role in the struggle against the Aretine Uberti dynasty, culminating in the siege of Gargonza, another walled settlement with some similarities. 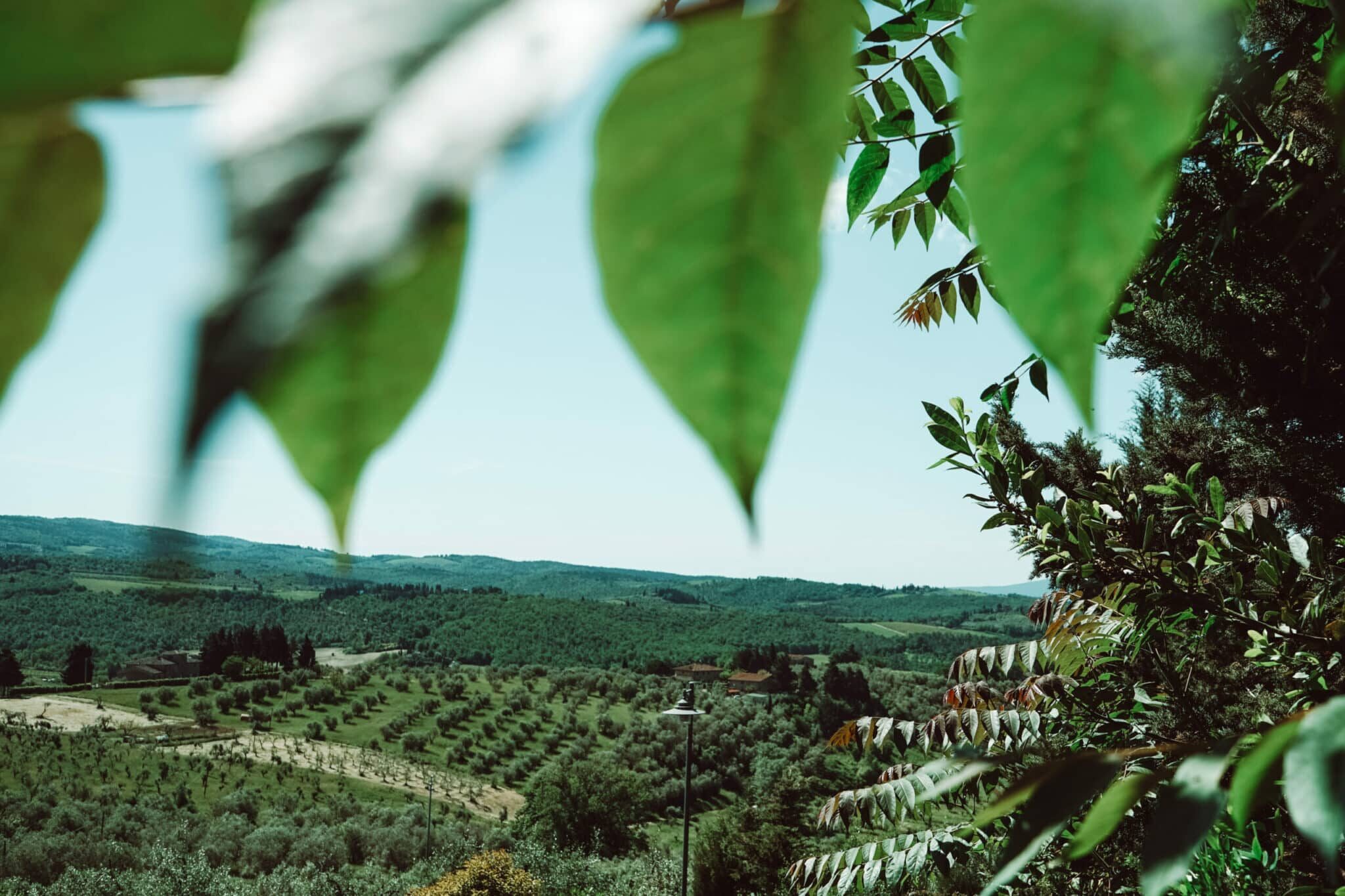 A considerable portion of the original circular wall circuit remains at the castle, consisting of the backs of the buildings that view the interior square, which also overlooks the church and the keep, and is located adjacent to the only entry entrance. The entrance is made out of an arched vault with brick stripes and a coat of arms in the middle. There is only one short route in the internal road design. The cistern for water supply is located to the right of the doorway, just before the fourteenth-century edifice known as the ‘Palazzo dei Begliuomini.’ The entire structure is made of locally accessible materials, including thick stone and alluvial stones from the Virgini stream. 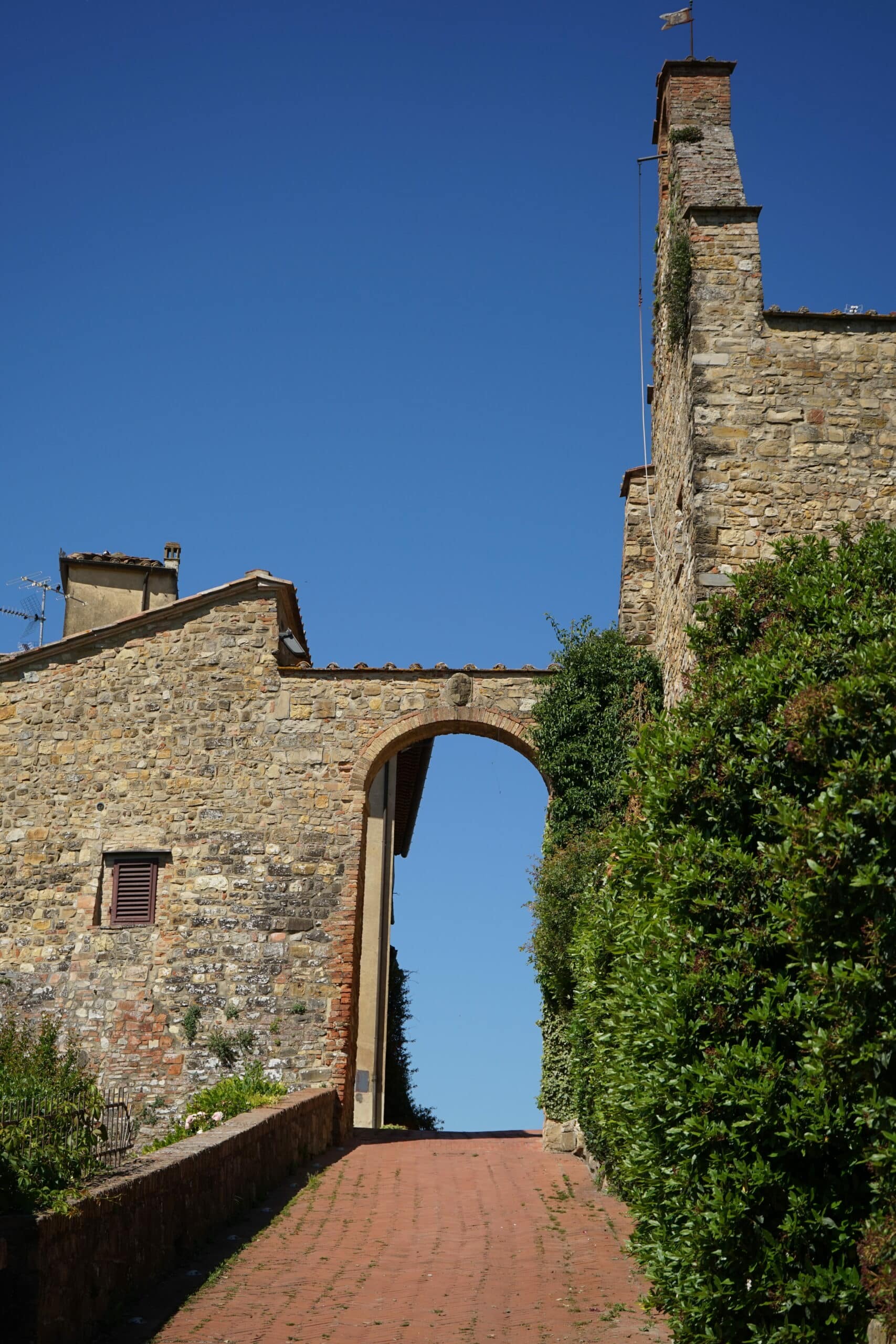 Once within the settlement, we come to the historic San Romolo church ⛪, which is now a civilian residence. The core of the hamlet is defined by a small square with a well in the center and views of the keep, the church of San Romolo, and the Palazzo dei Begliuomini, all of which date from the fourteenth century and constitute the most architecturally evocative aspect of Tignano. The external walls of the dwellings in the populated center follow the trend of the twelfth-century old walls. 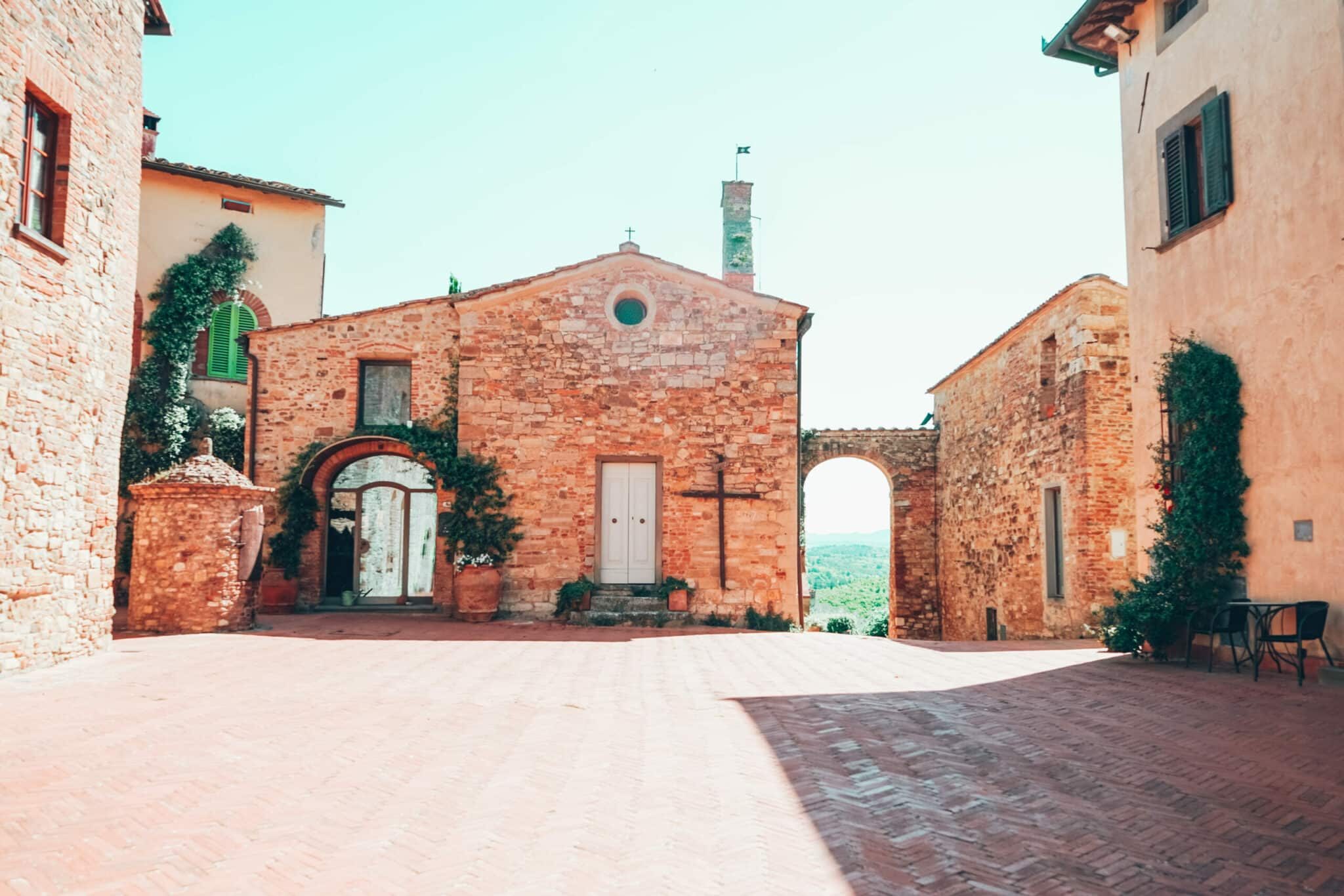 The modern parish church of San Romolo in Tignano, a religious institution possibly established in the thirteenth century, lies approximately 600 meters outside the little medieval settlement, in the direction of Tavarnelle Val di Pesa. The majestic Castello del Nero 🏰, a 12th-century country estate, originally a farm and farm, and now a luxury resort in the Tuscan countryside, is 2 kilometers away.

Many ancient remains have been unearthed in the region of Tignano; there was a small settlement in this location about the year 1000. The Alberti Counts erected a fortress there later in the twelfth century to construct a defensive line between Florence and Siena, Tuscany’s two chief opponents of the time. During the thirteenth century, Tignano became, like all the villages in the area, a possession of the Republic of Florence.