This post is dedicated to showing some temples, I am a fan of its architecture, churches, and its ancient details; they are my undoing…I started with the first one that you will find in the main avenue of the city 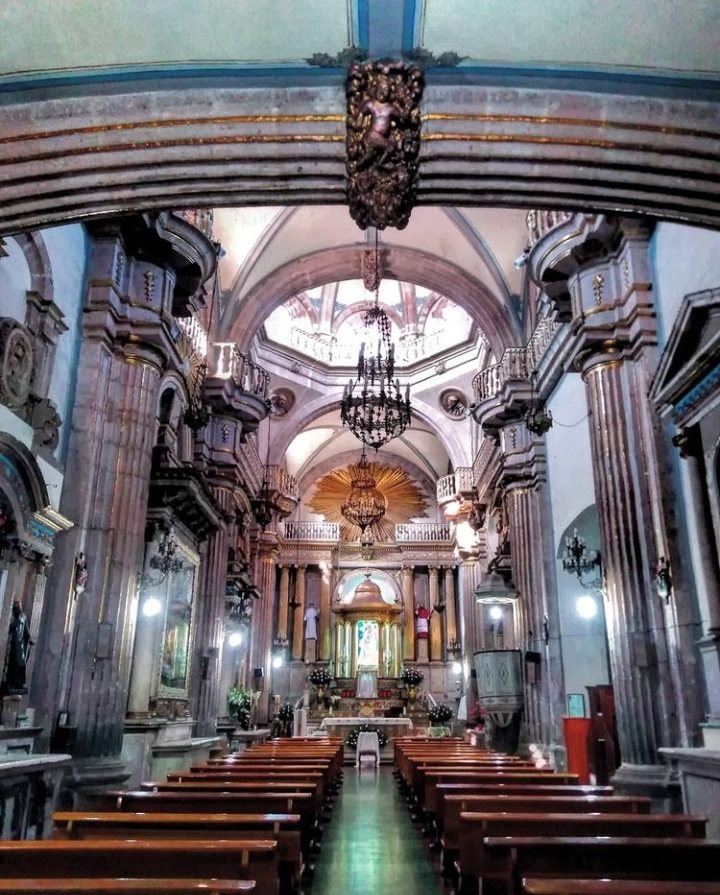 This temple is of the baroque style, has a single nave without a cruise and inside the decoration is neoclassical style, has two facades of the seventeenth and eighteenth century, has plateresque or Isabel style elements, also elements churrigueresco, Its construction began in 1604 by the friars Pedro de Burgos and Alfonso García for the order of the Mercedarios. 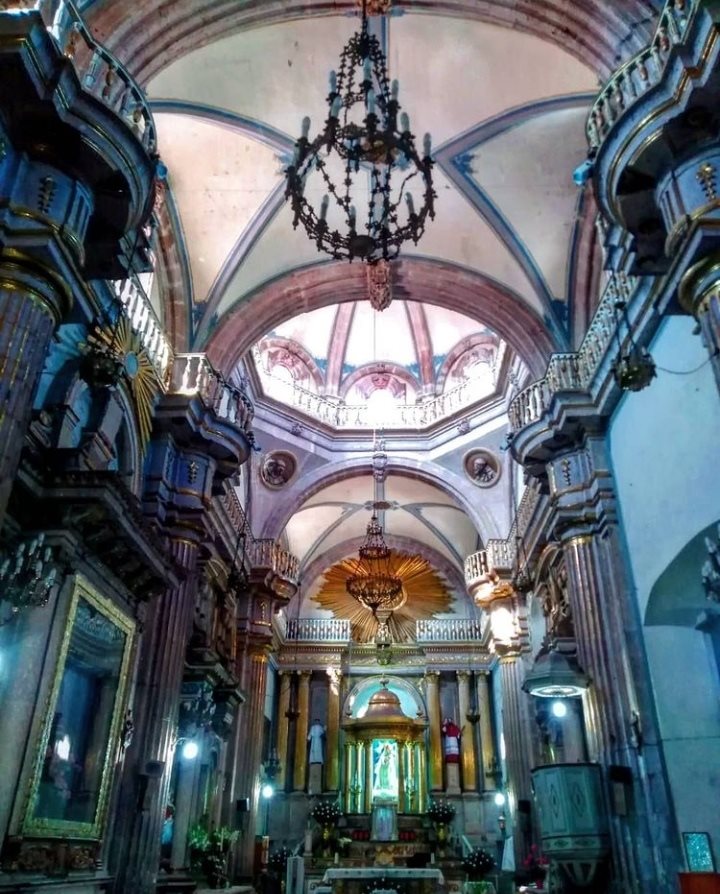 Currently, the ministry is used as a school.

the interior of the cathedral of Morelia

Inside is an image of the sacred heart of Jesus (patron saint of the city), the Lord of the Sacristy (ancient Christ made from corn cane paste). Both are in chapels to the right and left of the high altar. 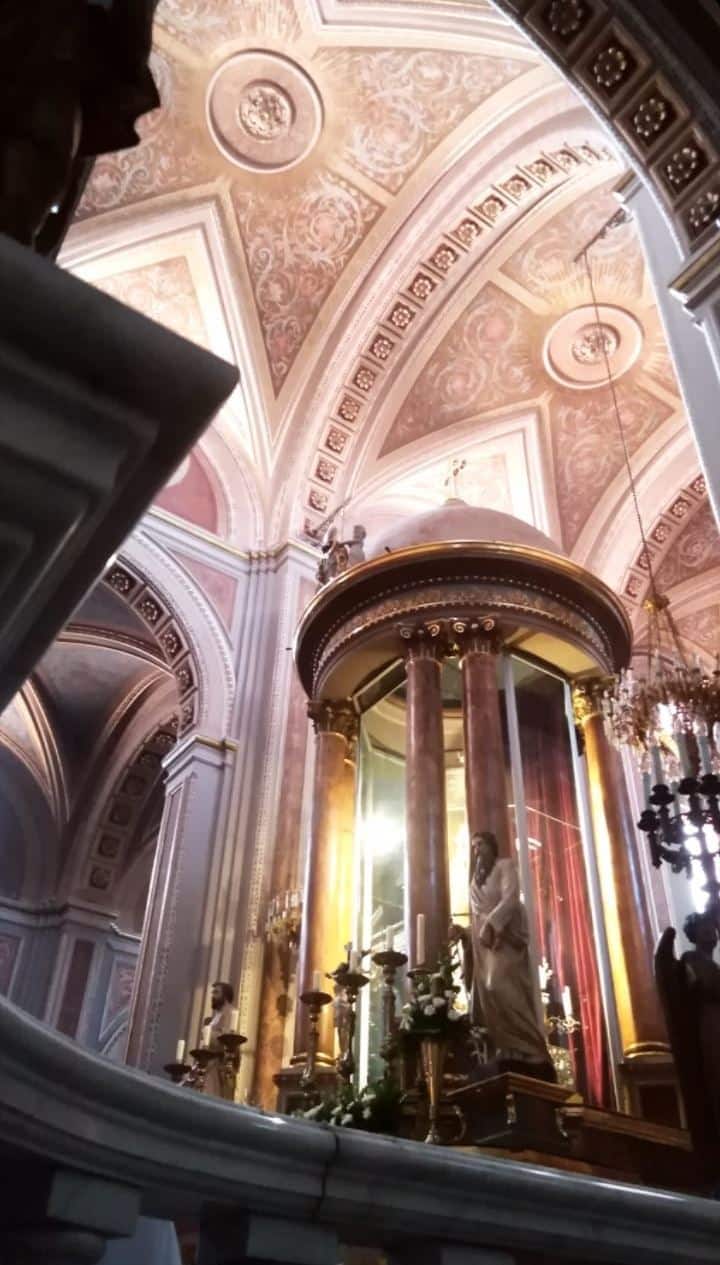 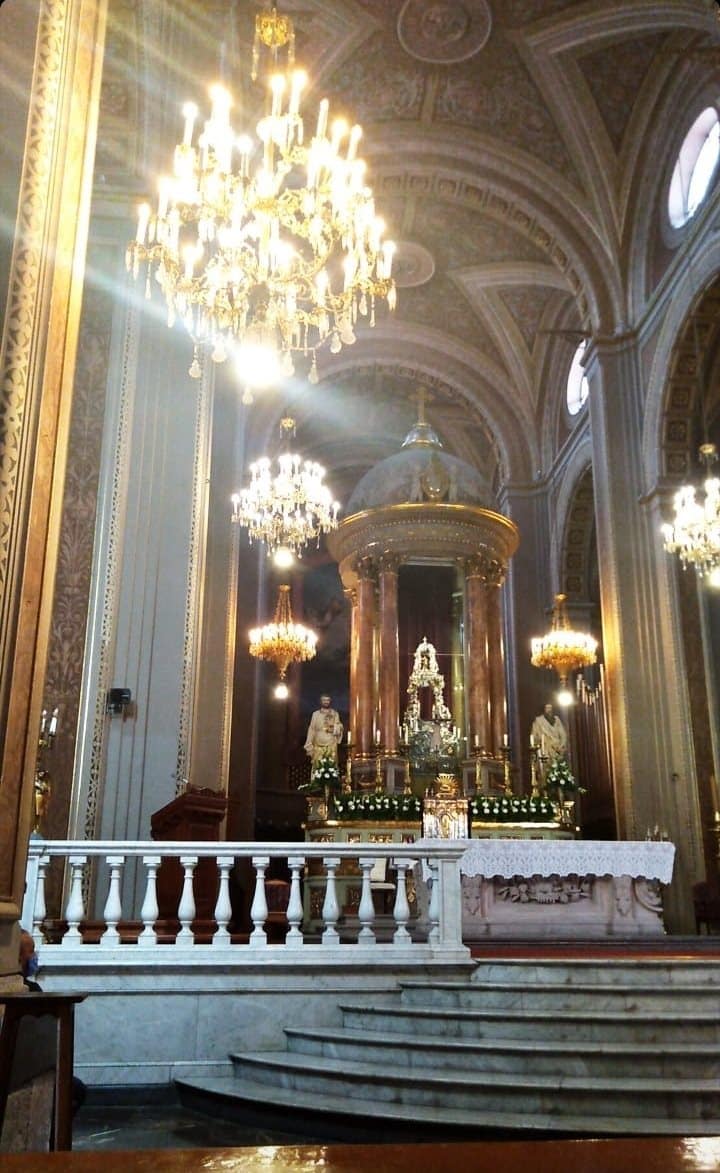 is dedicated to the Transfiguration of the Lord, so you can see this biblical passage in the relief that is located in the center of the main doorway of the building; so also, inside, behind the high altar is a monumental oil, Work of the Morelian Jesus Perez Busta, where the Transfiguration of Jesus Christ painted by Michelangelo is combined with a panoramic view of the city of Morelia in the lower part. 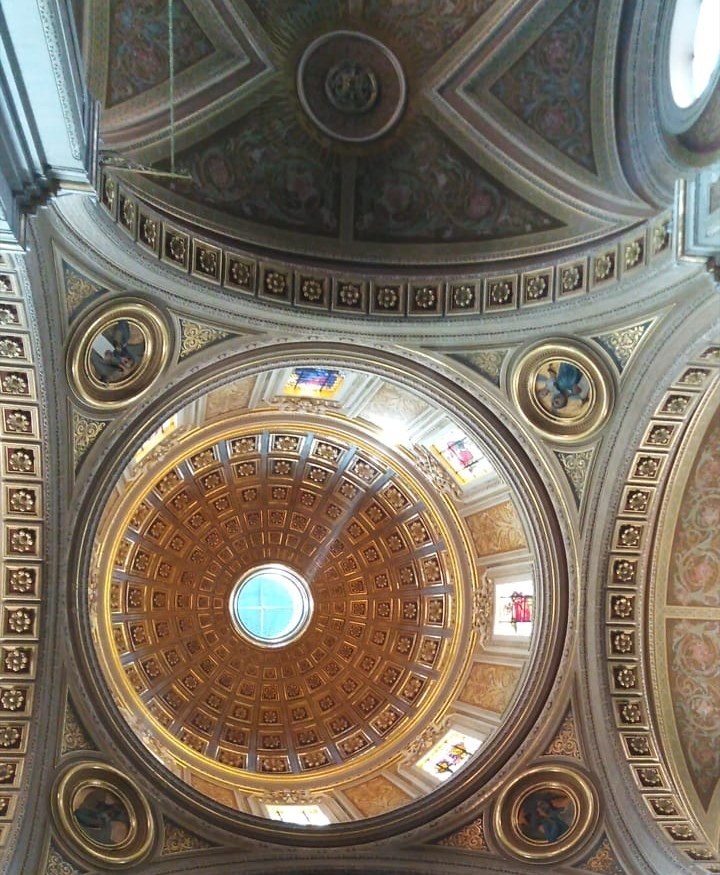 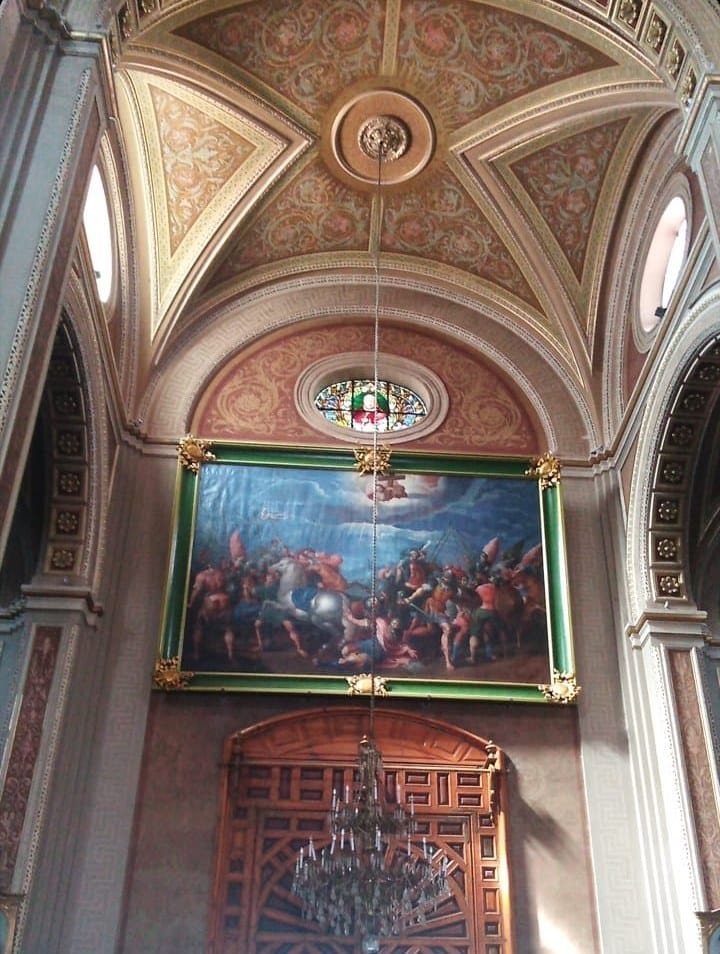 Monumental tubular organ, “San Gregorio Magno”, of churrigueresco style, has 4600 flutes, was manufactured in Germany in the early twentieth century and is the second largest in Mexico, surpassed by the organ of the Cathedral of Zamora, Michoacán. 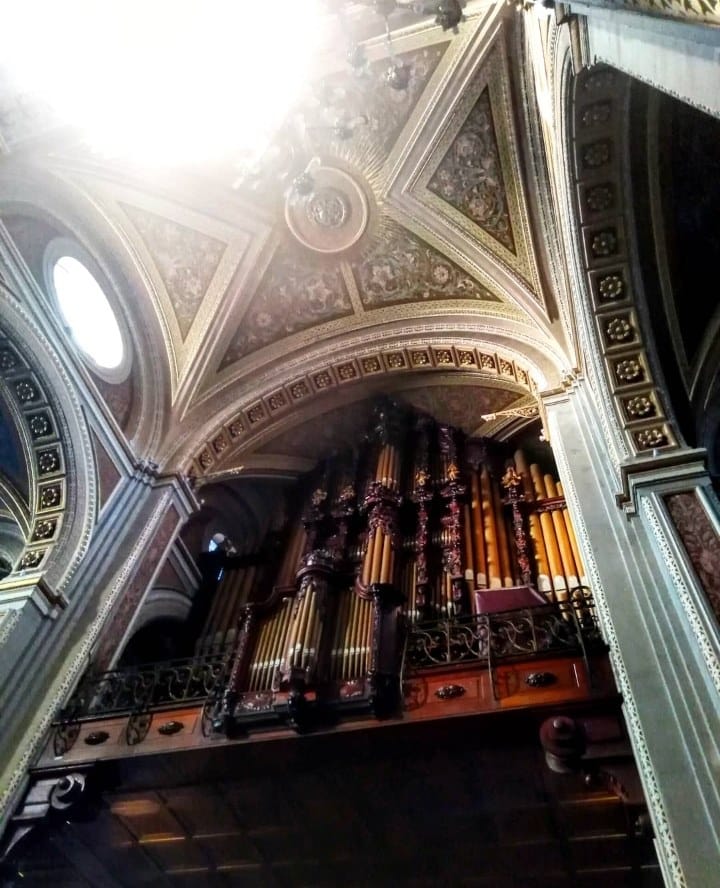 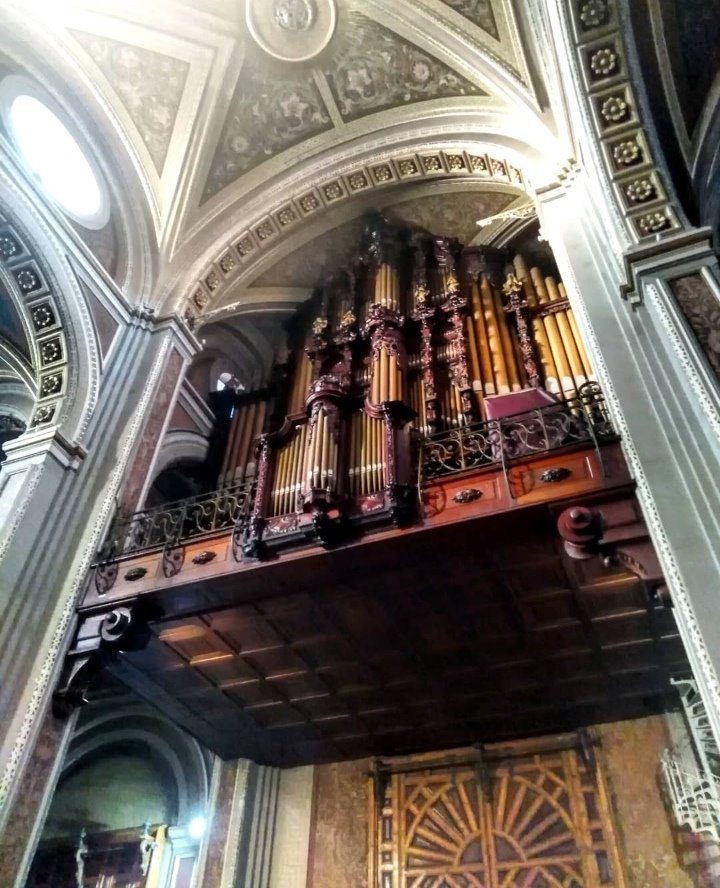 Sanctuary of Guadalupe and Former Convent of San Diego

This beautiful temple is composed of a Latin Cross plant, on the left side has a small chapel (pink quarry). 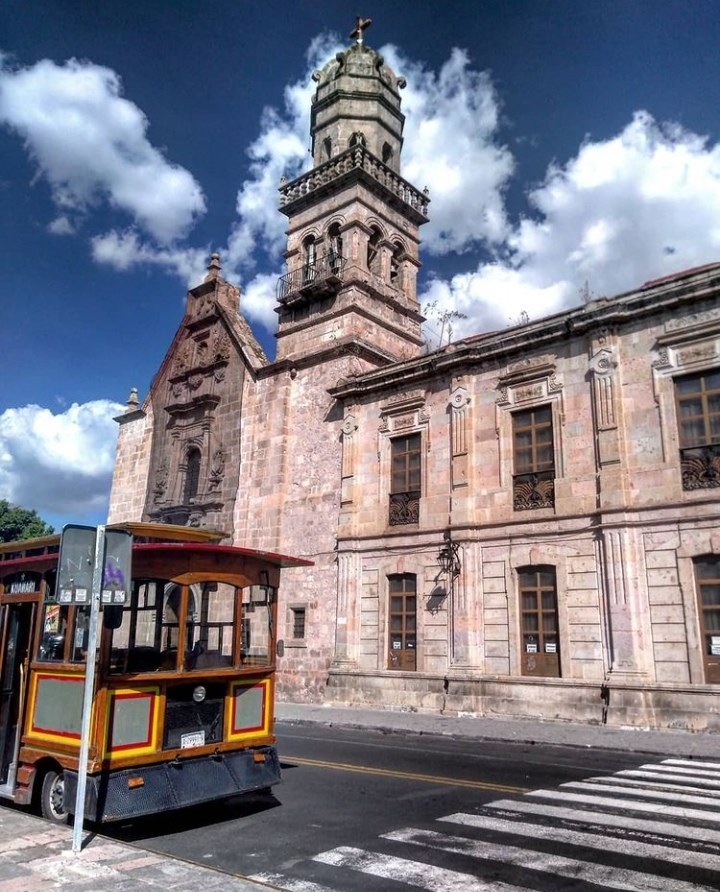 The body measures 9.9 m high, triangle-shaped termination, contains only a wooden portico, with baroque decorations, has an altar alluding to the Virgin of Guadalupe, shield of the Franciscan order of San Diego, the tower measures 14.85 m high. 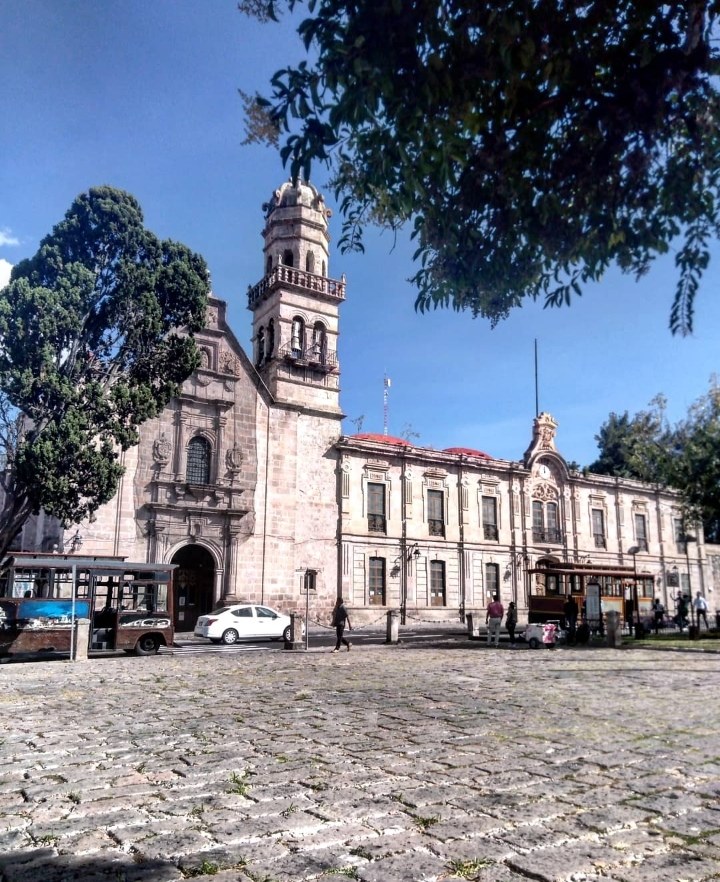 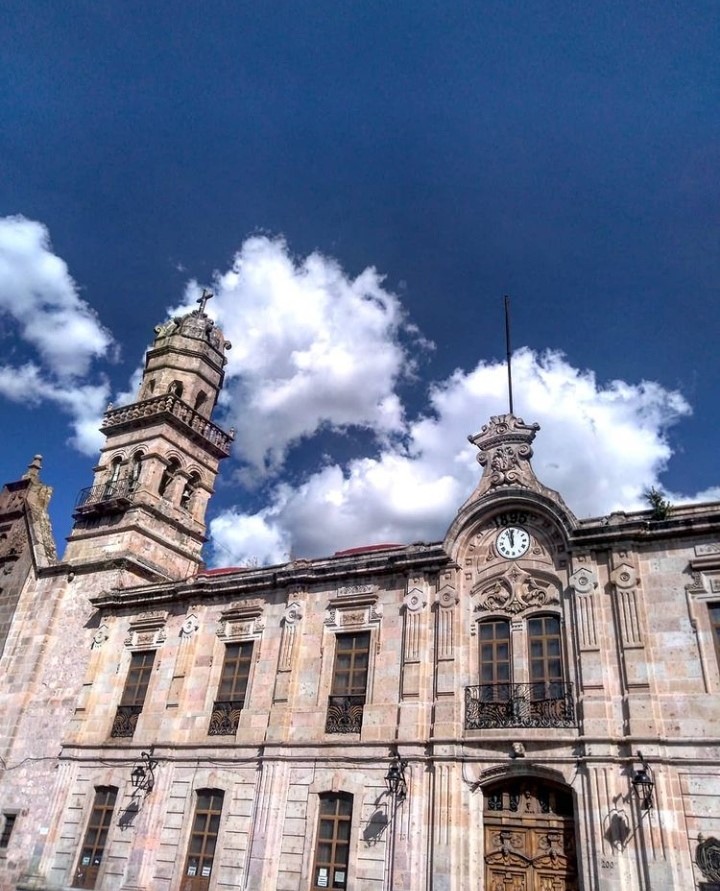 The interior is the most surprising part:

It has a fusion of Mexican and European architectural style, (just describing its details I go through eternal sighs), the technique used is that of mud (indigenous tradition) with plaster (European tradition), beautiful flowers in pink, golden and red tones, walls, ceilings, vault, column, finely decorated. 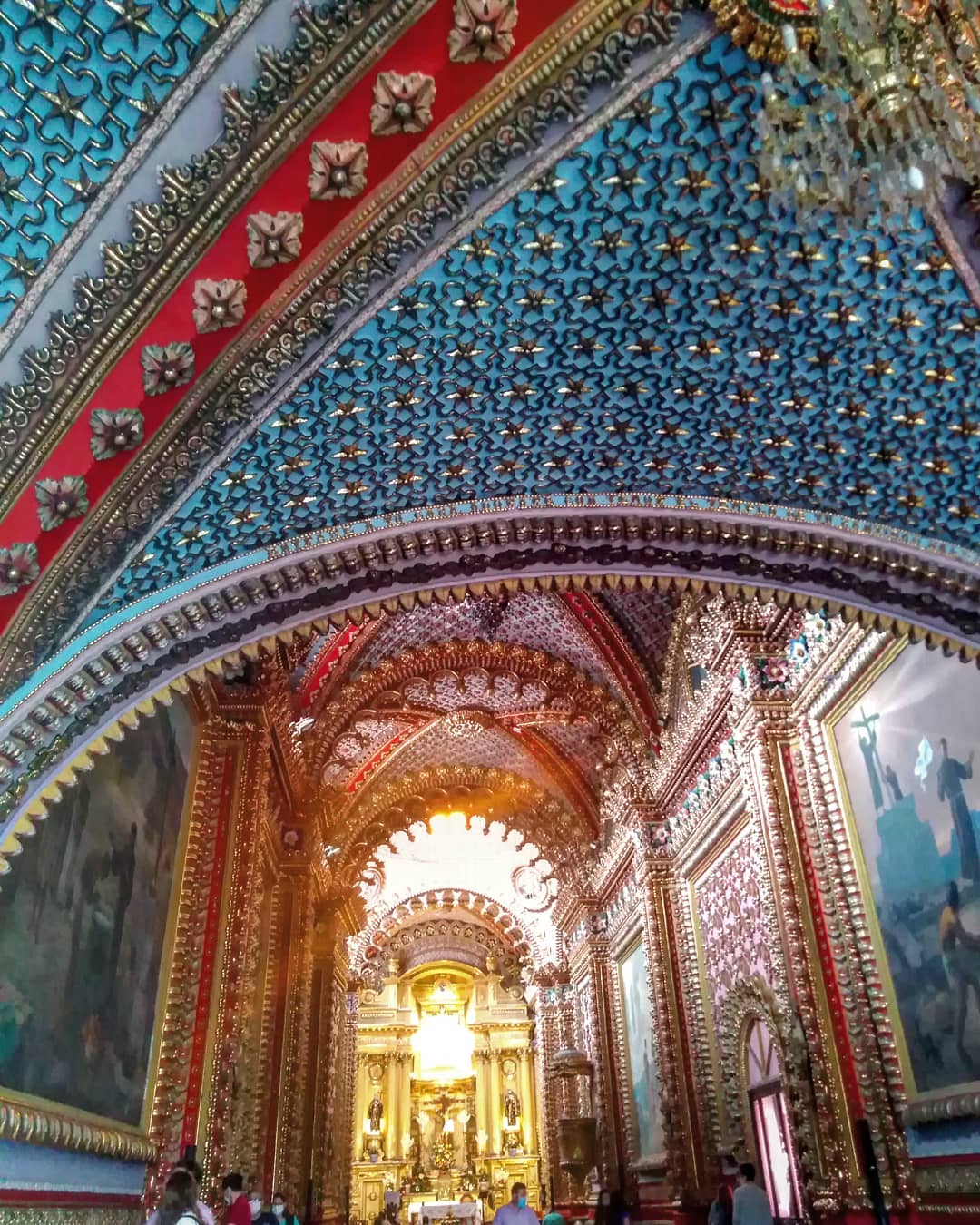 the input: the first impression 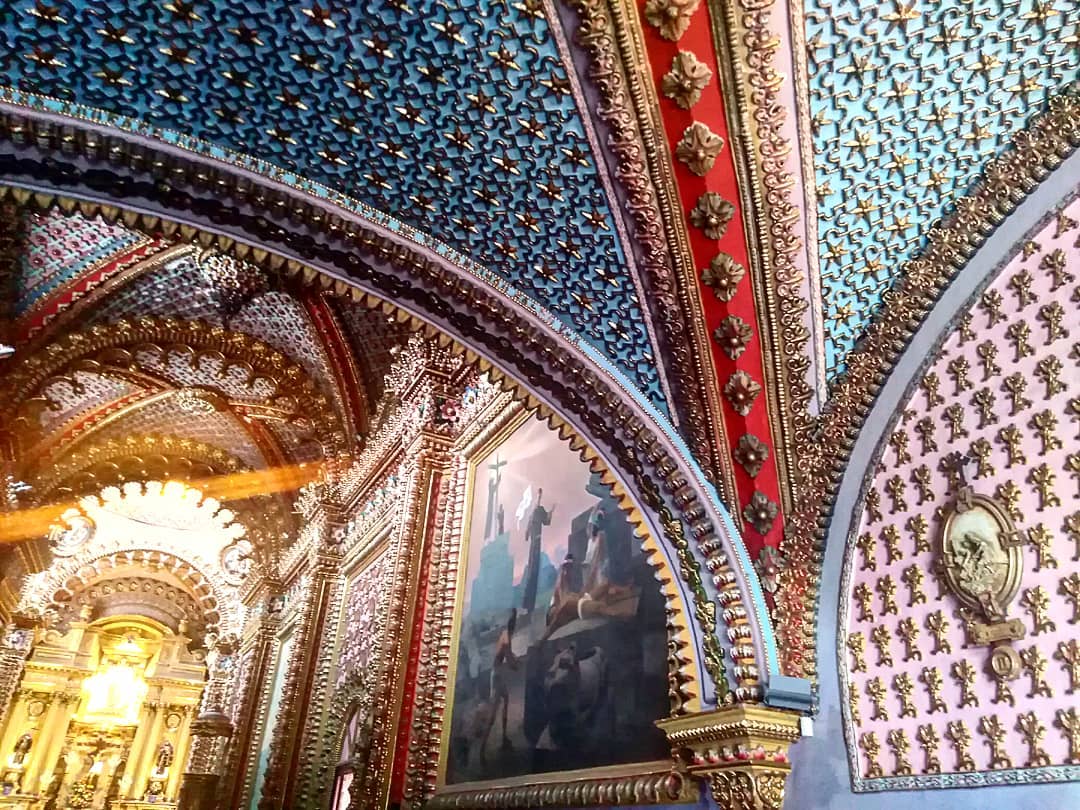 On its altar appear, San Francisco and San Diego, in addition, to an authorized copy of the Ayate of Juan Diego; in its northern part is a small chapel that in the last five years has been decorated with mural paintings. 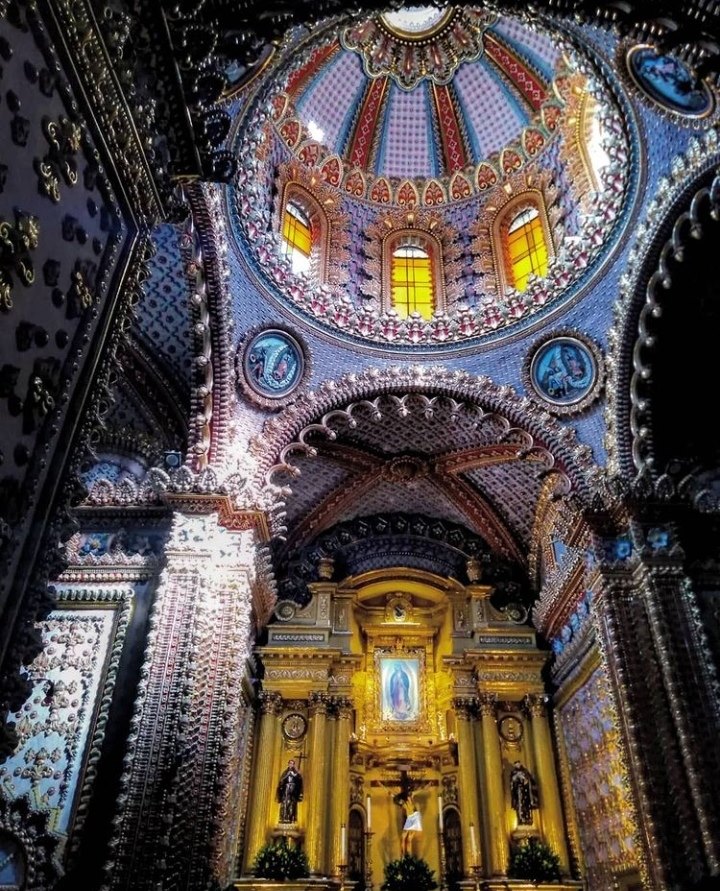 The most beautiful thing for me is that dome, I could see the ceiling for a whole day: 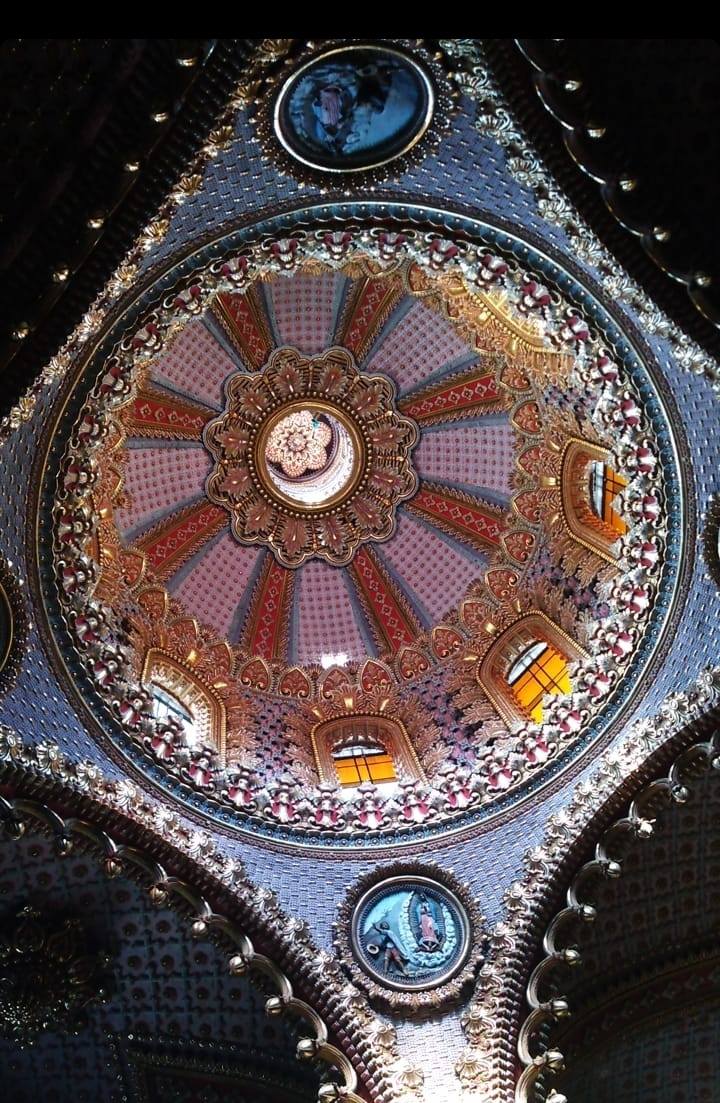 Temple of the Cross 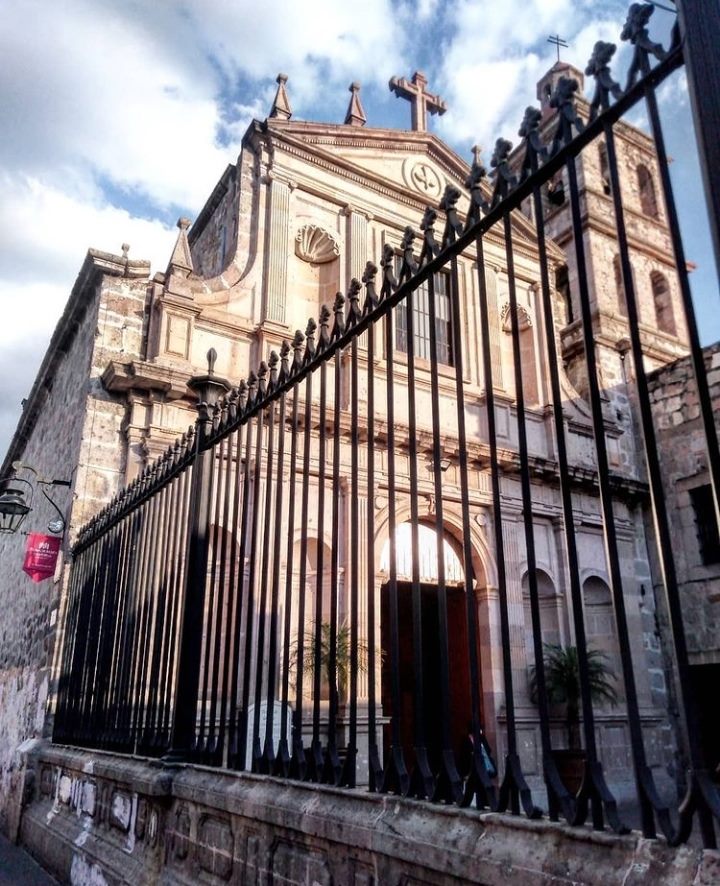 This church was built in the middle of 1680 and 1690, this building was ordered by Father Nicolas de la Serna. At the beginning there were 12 altarpieces of golden wood, in 1970 its interior was restored along with its facade. The Missionaries of the Holy Spirit have been in charge of the parish since 1920. 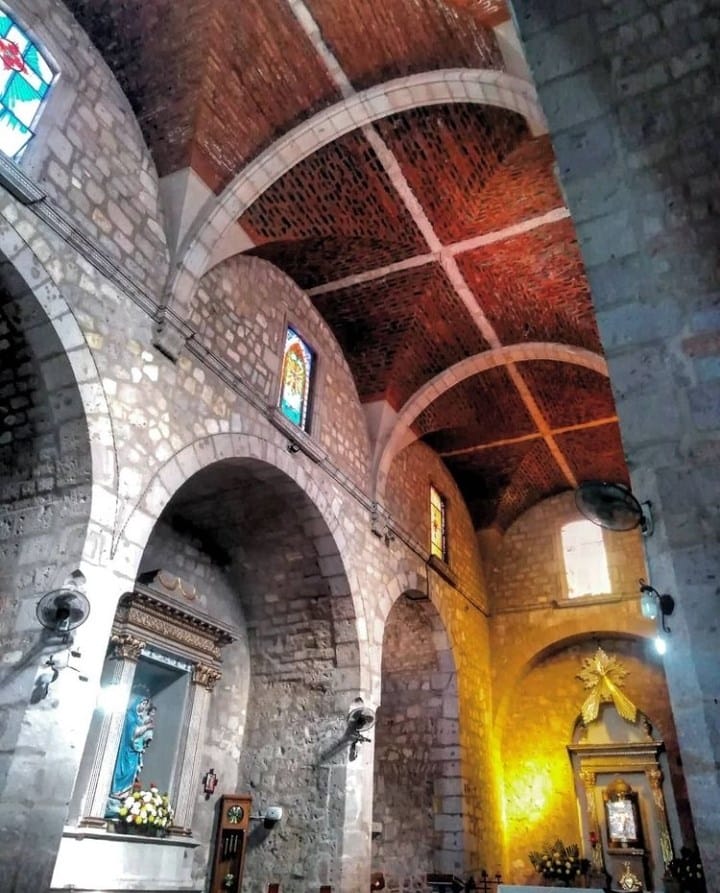 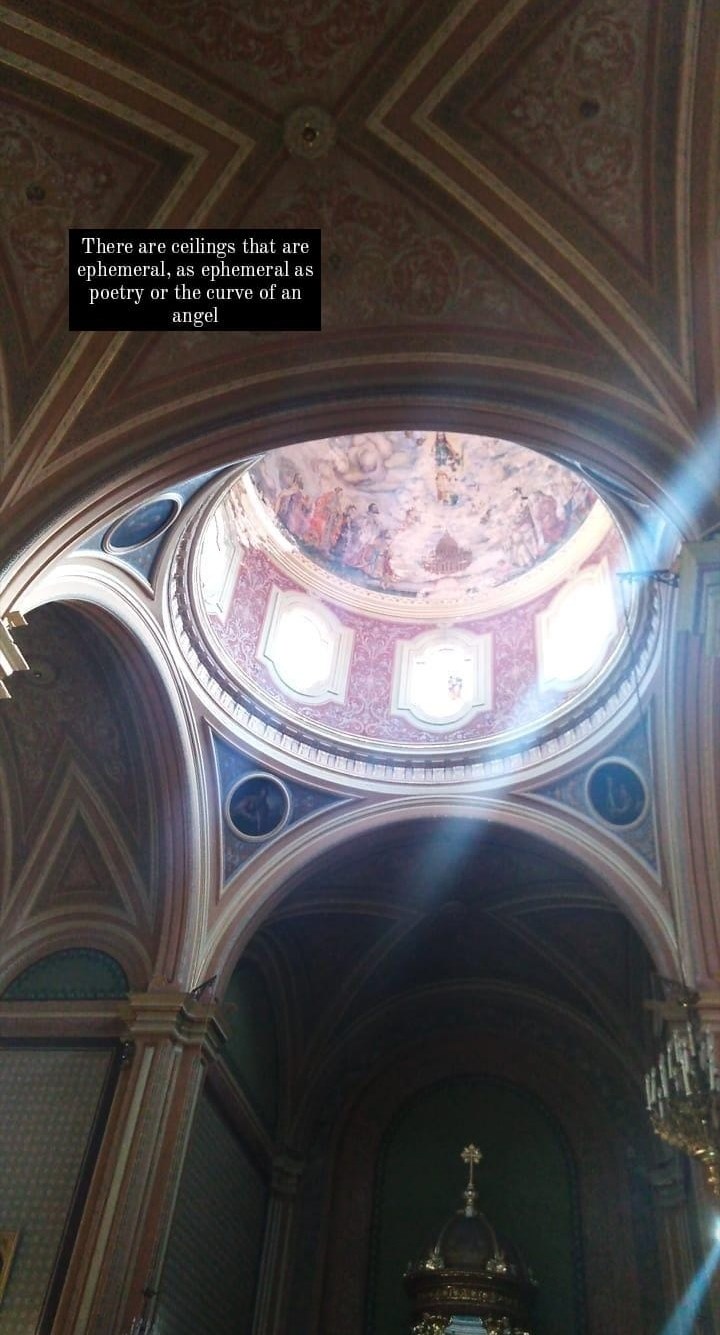 Baroque construction. It has neoclassical altarpieces, as well as stained glass windows and furniture from the 18th century. It also has numerous paintings, some of them painted by deserving artists from the colonial period, such as Villapando and Cabrera. 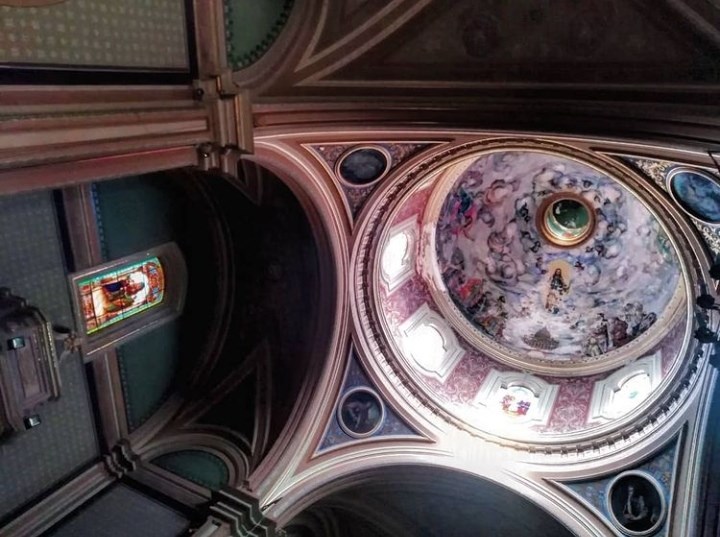 Bishop Sanchez of Tagle ordered the current construction of a single nave and cruciform; it has an octagonal drum dome, and its façade is sumptuous in its Baroque slab.

those pink colors, the mixture of subtle ornaments together those windows, make me feel in the clouds 💎🙌 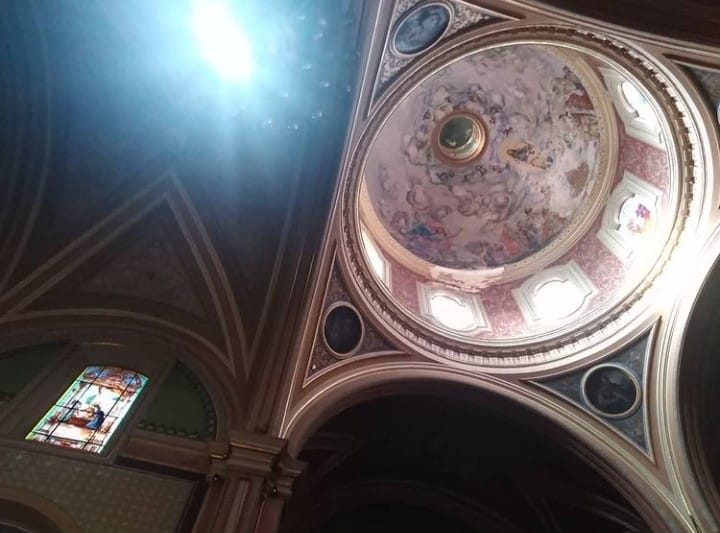 Temple of San Francisco and the Former Convent of San Buenaventura 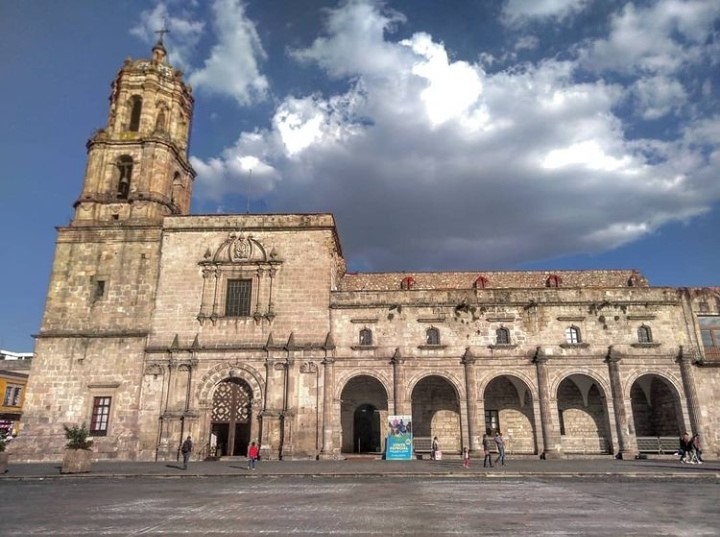 This architectural complex is the oldest in the city, it is considered that the city of Morelia was built based on this site. 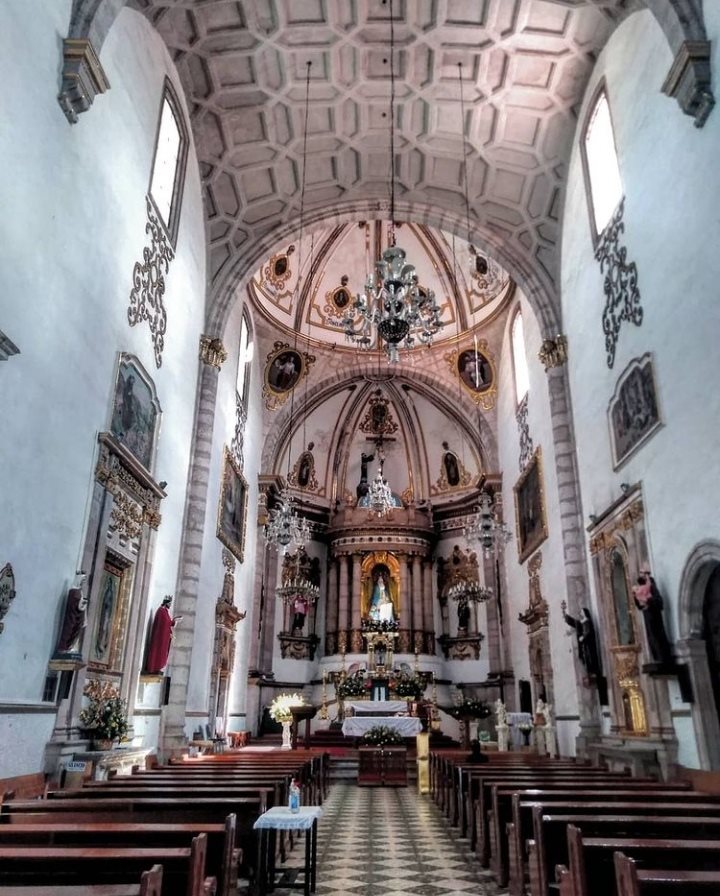 The main facade of the church has a high arch-shaped door, weakened by columns. Above the door is a rectangular window which is given the name of “Choir Window”, also with columns on the sides. 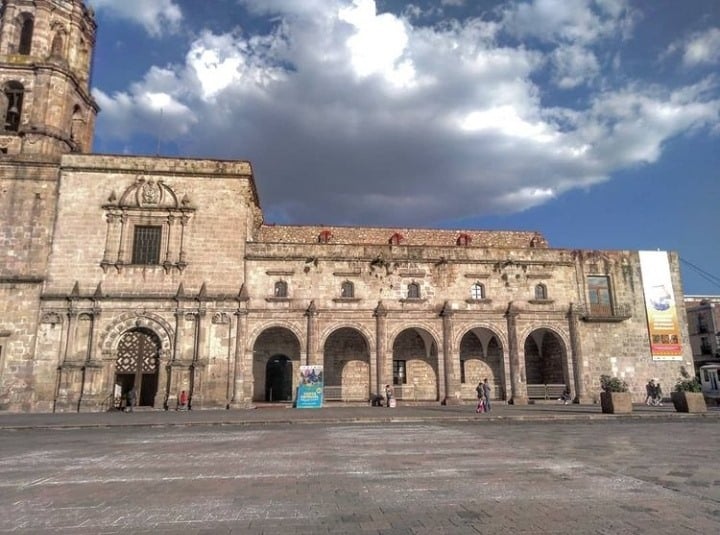 At the top of the door, the arch is a sculpture of the Virgin with the child coming out of a flower. This stone sculpture is the oldest in Morelia. The temple tower was built later. The façade is in Plateresque style and preserves the design of the sixteenth-century temples, a single rectangular nave limited by high walls that support the vault. 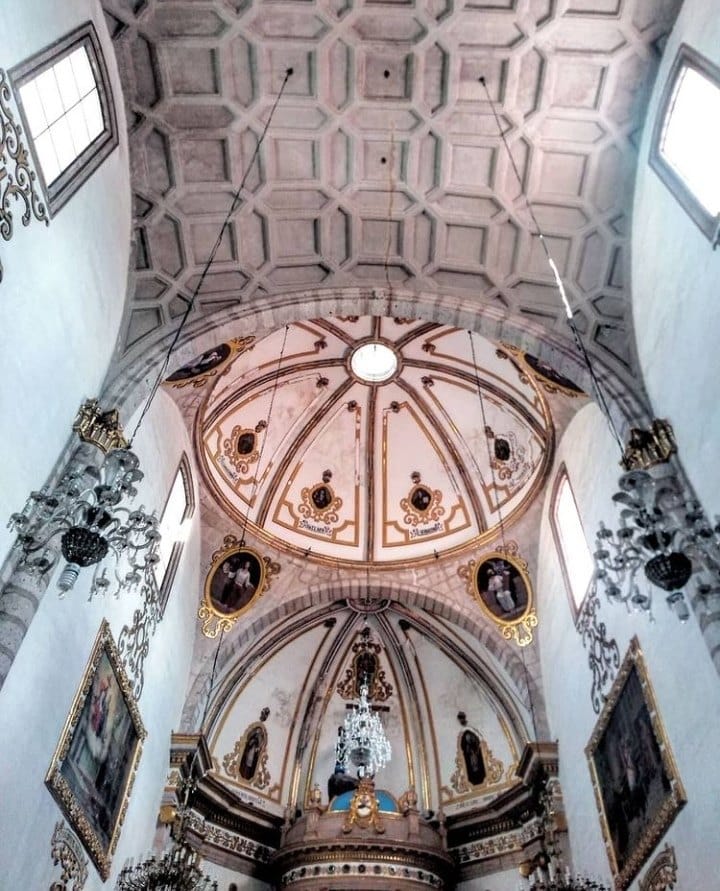 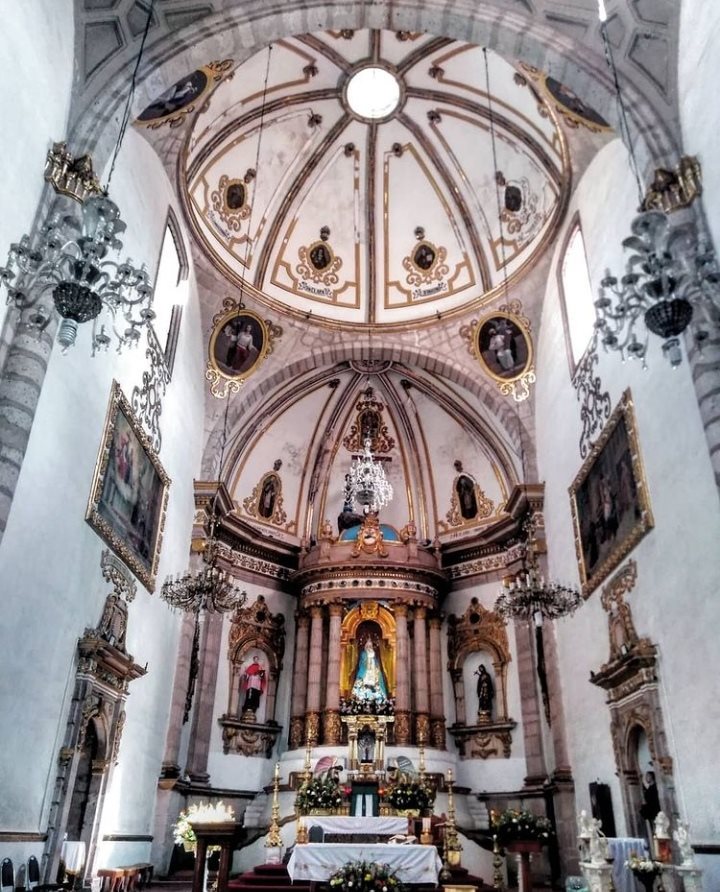 You should definitely come to appreciate this wonderful architectural beauty that is located in the city of Morelia, clearly, you did not show many other temples and fantastic churches, discover them for yourself. 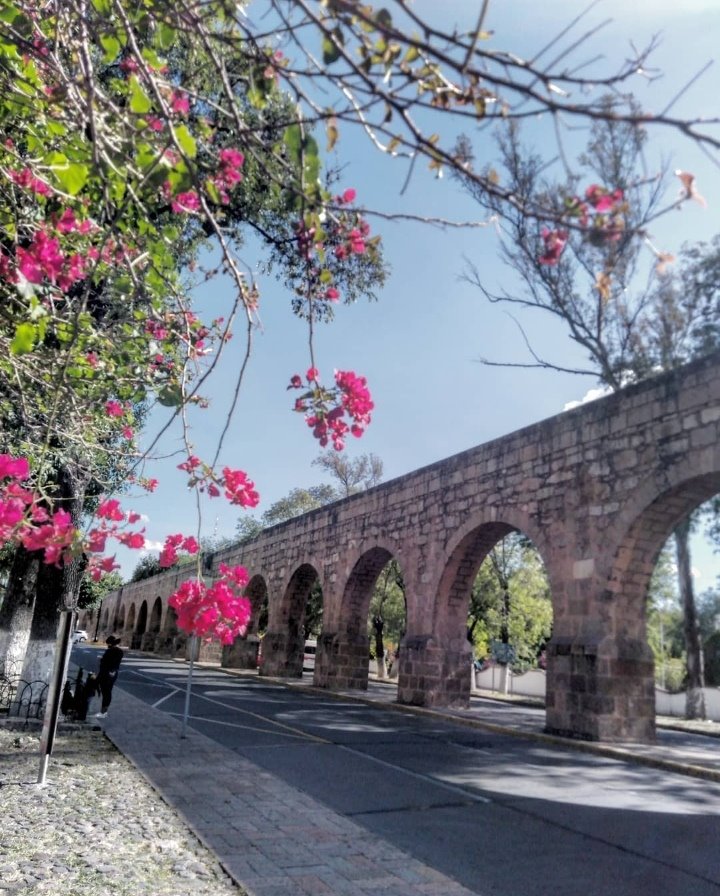 How do you like wine? 🍷🍾 A little history and important data: In the seventies, the Freixenet Group opted for the state of Querétaro to be an area with an ... Read more