AustraliaWestern Australia
If you love adrenalin and adventures, this one is a must! Since buying a new car about a month ago, I have been itching to go 4WDing. Having never really driven manual before, I have just been learning and practising on the go. Whilst I’m no longer stalling every time I come to a stop, I’m probably still not ready to tackle the 4WD tracks. So instead, my Uncle James and family friend Mike, offered to take me for a test run in their cars. 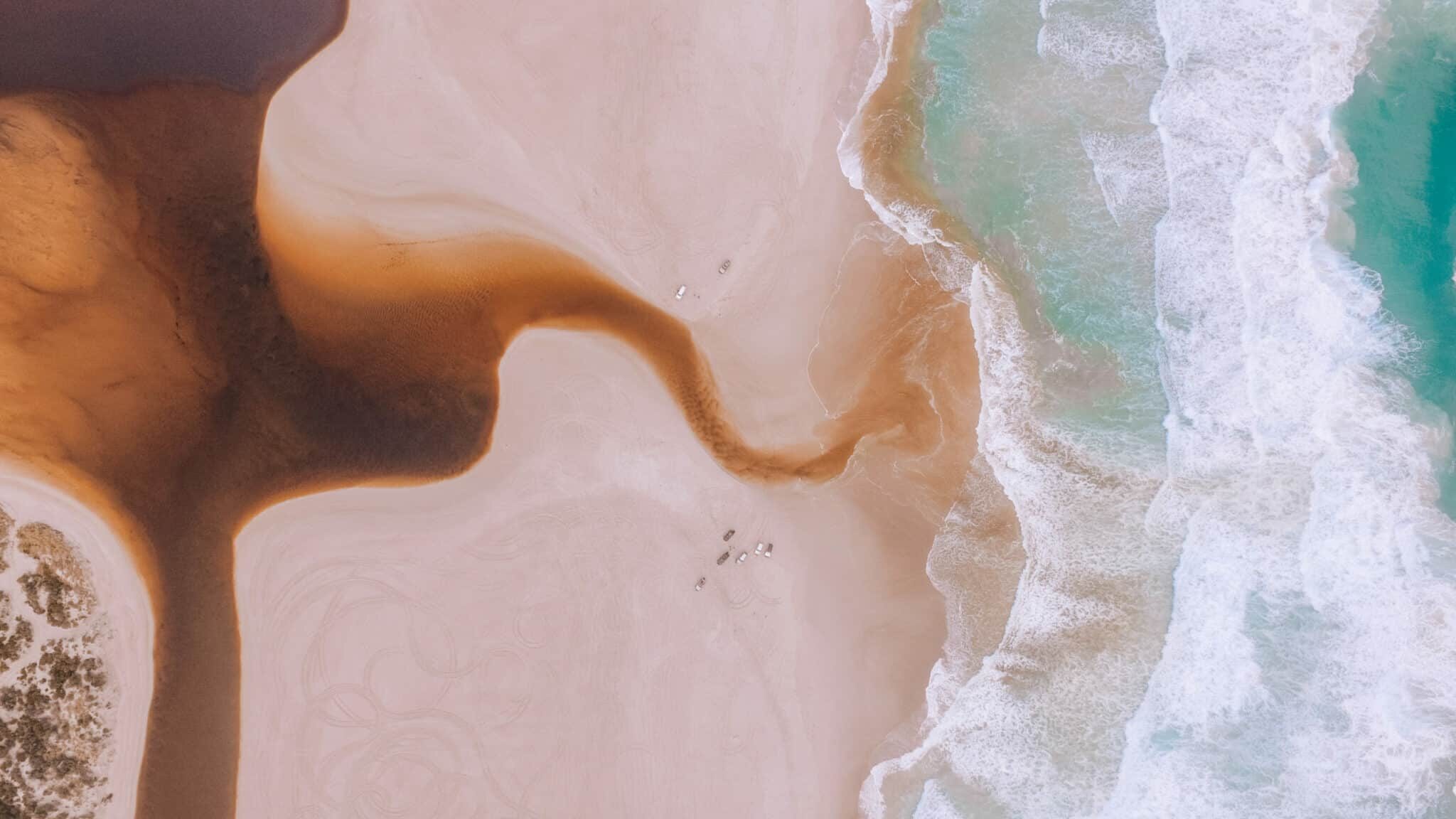 We set out at about 8:30am from their house in Busselton headed for Yeagarup Beach. Whilst you could 150% spend a whole day (or week) at Yeagarup, we wanted to check out some spots in the area along the way. Our first stop was Black Point lookout. We saw tonnes of wildlife whilst driving there including a little family of Emu’s who crossed the road right in front of the car. After about three hours of driving through the bush, most of it 4WD tracks, we caught a glimpse of the coast. It’s always so breathtaking when you first see the secluded Australian coast on the horizon. The view when we reached the lookout was seriously next level amazing. So rugged and vast. Beautiful! Black Point owes its name to the black rocks created from cooled lava and apparently the organ-like pillars create an incredible sound in the wind (It was too wet and wild when we visited so I will definitely be back to check this out!). 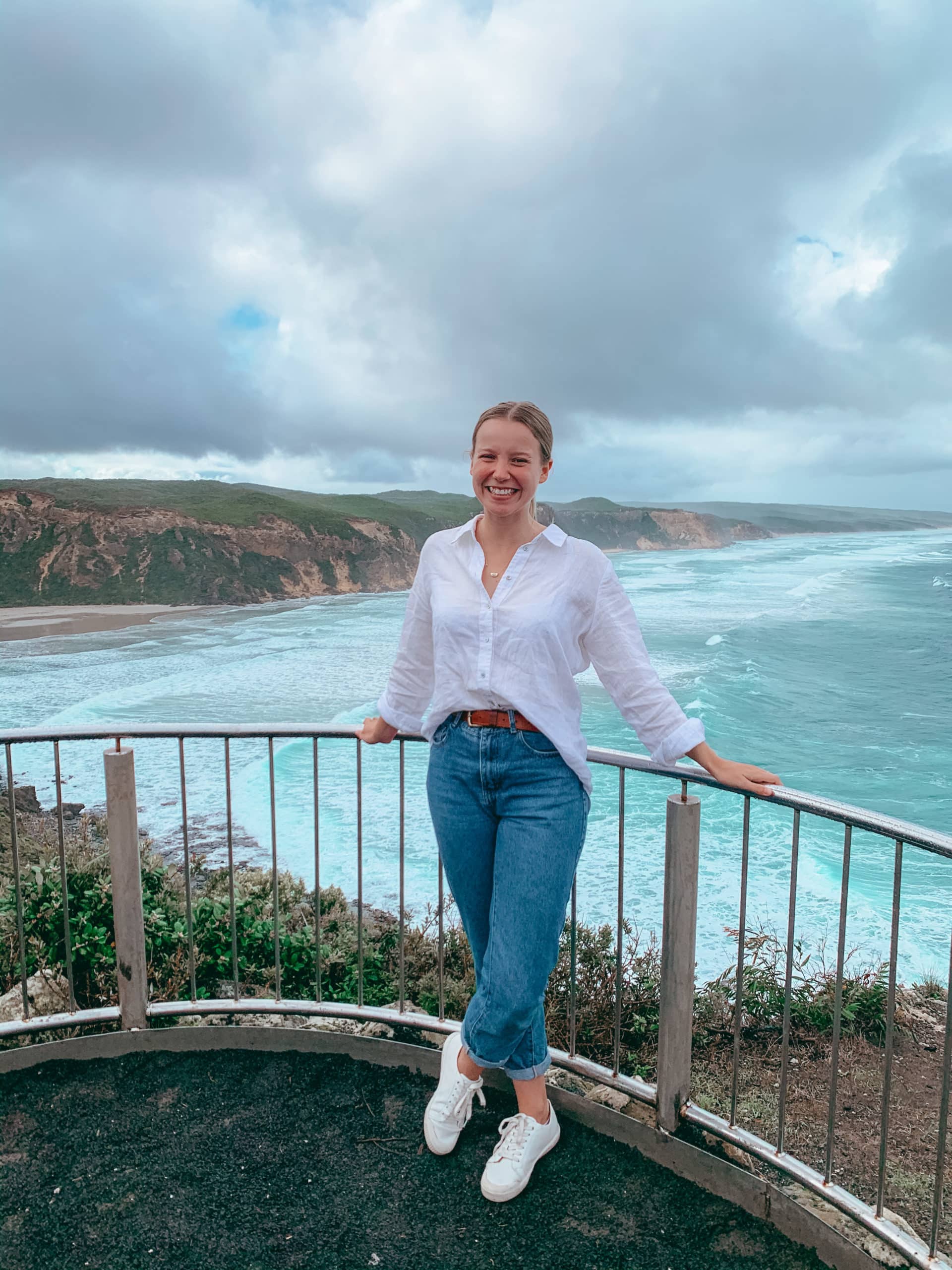 The next stop was Lake Jasper, about an hour down the track. This is where we decided to stop for a picnic lunch, lovingly prepared by my beautiful Aunty Lorraine. Being the largest fresh water lake in South Western Australia, I made sure to get the drone out and have a look around. This would be the perfect spot to bring a kayak, go for walks, swims and watch birds. 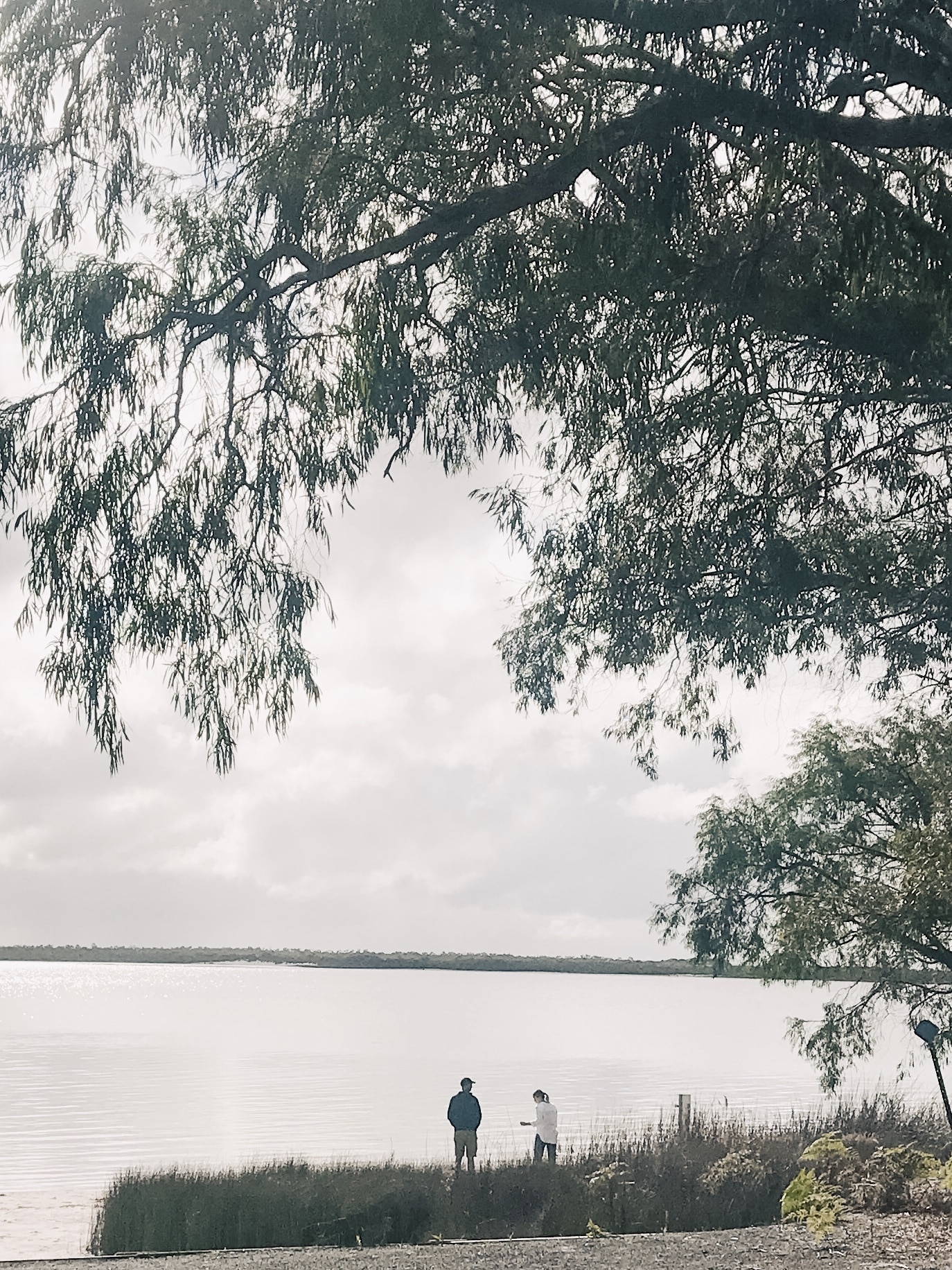 After lunch, I took the drivers seat and tackled the 4wd tracks out of Lake Jasper. I started out on a muddy hill and stalled trying to change down a gear whilst climbing up it. I wouldn’t say it was a strong start. I don’t even know if I could do that on the bitumen! After a few screams and hyperventilation, I think I got the hang of it. It was so much fun once I learnt how to handle the inclines! Hopefully I didn’t smash Mike’s car up too badly. 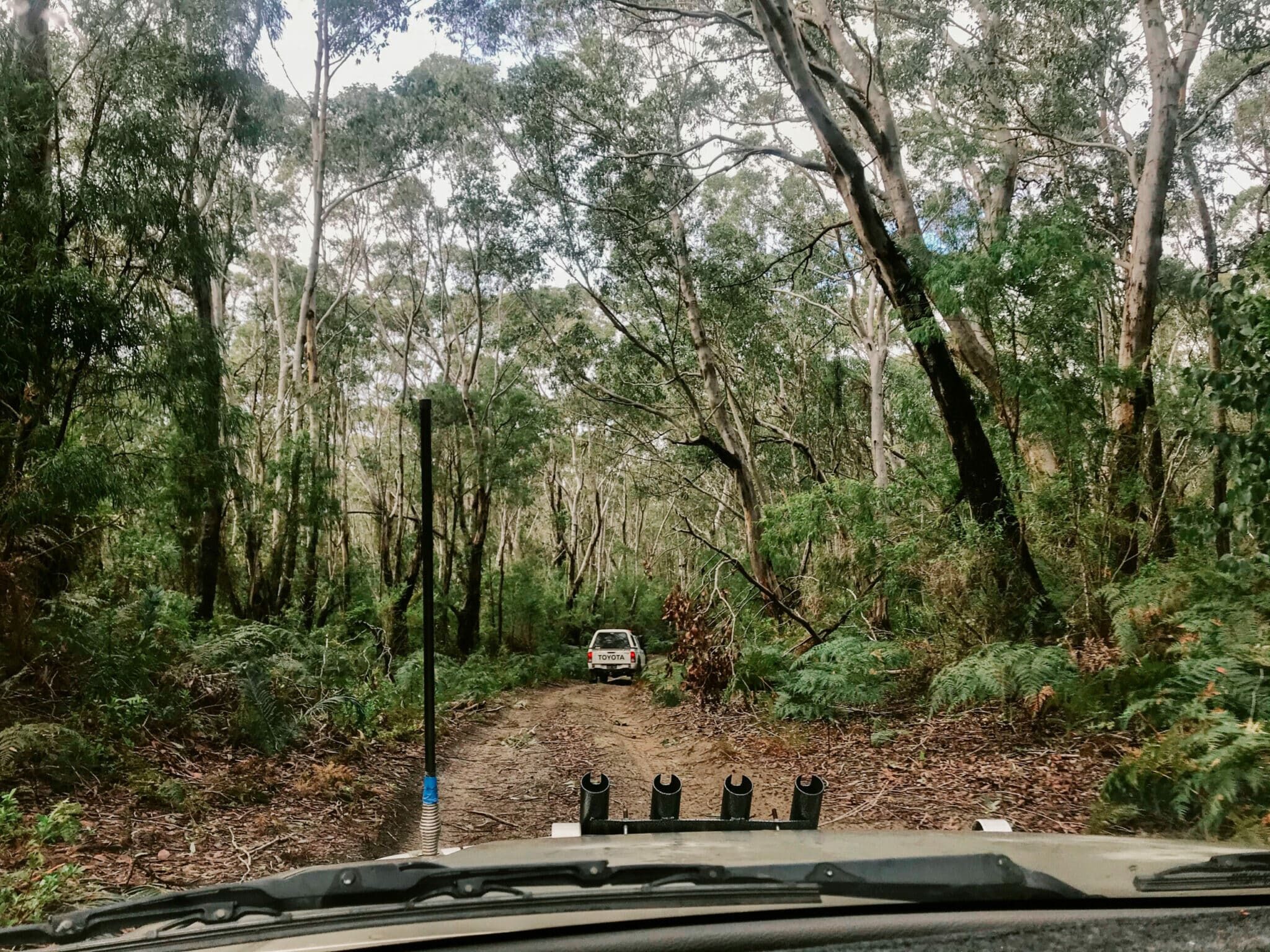 When we finally arrived at the entrance to Yeagarup Dunes, we were greeted by the rangers (apparently unheard of at Yeagarup). Being the Western Australia Day long weekend and with international travel banned at the moment, it was packed! There were 4WD’s everywhere you looked. The rangers told us that 140 vehicles had entered that day and 120 had left, so we were warned that the tracks were pretty churned up. After letting the tires down to around 12 PSI, we joined the queue to drive up to the dunes. We weaved through the bush and eventually were met by a giant sand dune. 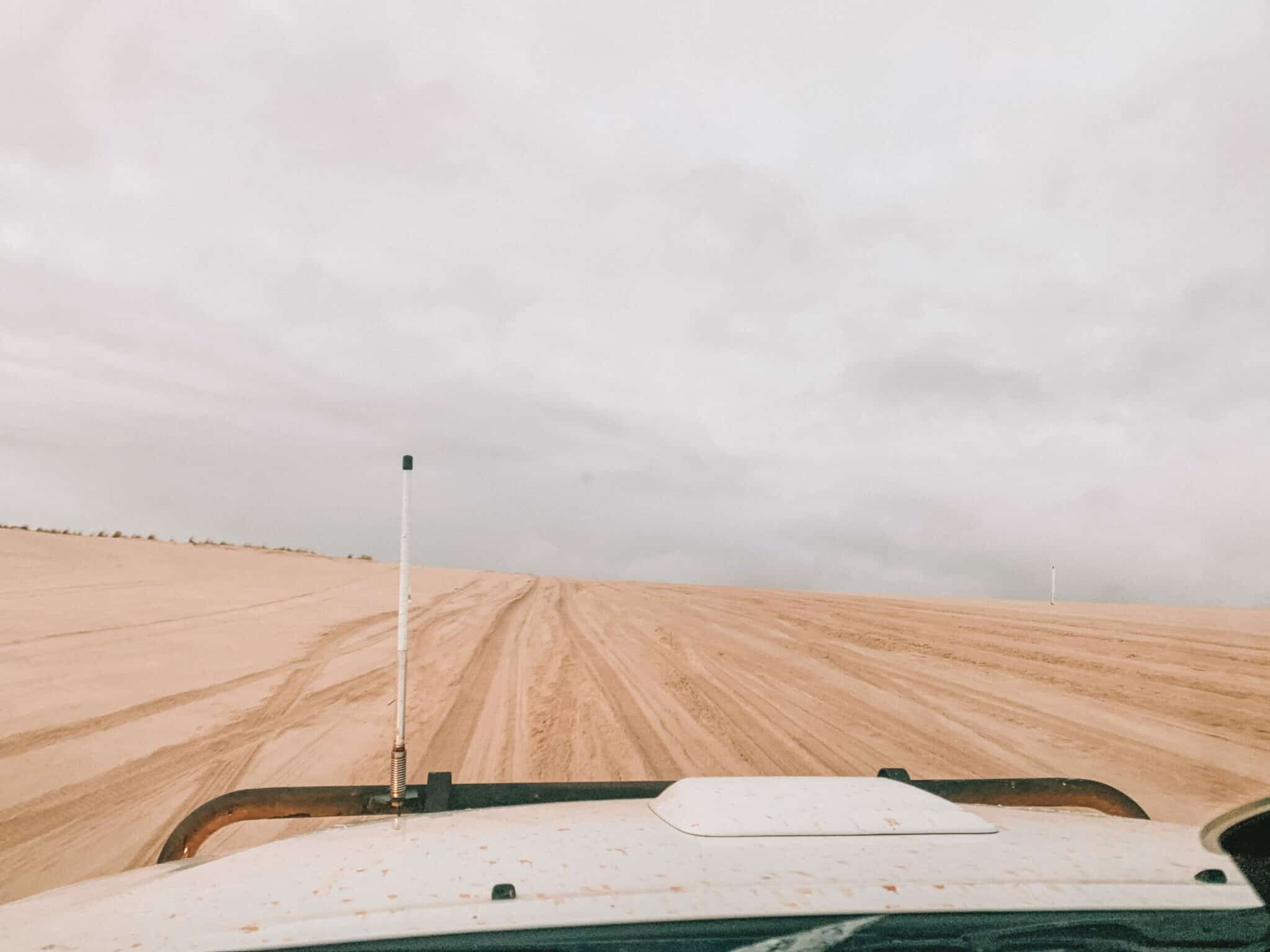 ​The minute we reached the top, it seriously felt like we were on another planet. The miles of sand dunes made you feel like you were on the moon or in Dubai or somewhere other-worldly. It was incredible! Tyre tracks covered the dunes and 4WD’s were scattered throughout.  Apparently two cars had flipped on the dunes earlier in the day so we were wary of the drop offs and kept to the marked tracks. A few kms later, we reached Yeagarup Beach. The ocean was wild and apparently always puts on a show. For some reason the water was all different shades of blue and brown. If anyone knows why this was I would love if you could let me know in the comments below!
Cars were dotted along the beach with people fishing and camping. We drove down to where Warren River meets the ocean and I got some pretty incredible drone shots! I would absolutely love to camp at this beach and spend a few days exploring the dunes but as the sun began to set through the rain clouds, we headed for home. It would be crazy to tackle the dunes and tracks out of Yeagarup at night so we left to make it back to the main road before dark. Some of the sandy dunes took a few attempts to reach the top but it all added to the fun, rolling all the way back down the hill to attempt the climb again. I was buzzing when we got home and I can’t wait till I can get back out to the dunes again!

Weekend away from Wellington City – Ngawi

Wellington City, well known to be New Zealand’s capital city. The city gets a lot of attention for being the home to the Beehive, the iconic parliament workplace in the ... Read more

The Fortrose Cliffs – Gateway to the Catlins

Kia Ora!! Nau mai, welcome to Southland, New Zealand. I have been fortunate enough to move to the south of New Zealand and I have seen plenty of amazing places ... Read more

Must Do – Mason Bay, Stewart Island

Kia ora!! How are you doing today? Today I’d like to share another wicked destination to enjoy for a day in the outdoors of New Zealand. This spot is not ... Read more

All you need to know – The Rakiura Great Walk

The Great Walk – Rakiura National Park Kia Ora!! Welcome to Rakiura Stewart island. What a journey it is to travel south to embark on this great walk. Firstly you ... Read more

The Mokoroa Falls, Muriwai, New Zealand Kia ora guys! I am writing this week about this track you can access not too far from the metropolis of Auckland, New Zealand. ... Read more