Things to do in Montecatini Alto

At 290 meters above sea level, there is the true historic center of Montecatini Terme. If you look up you will see Montecatini Alto, a delightful medieval village with narrow streets to discover and corners to admire. On fine days you could enjoy the magnificent view over the Valdinievole 🌤. 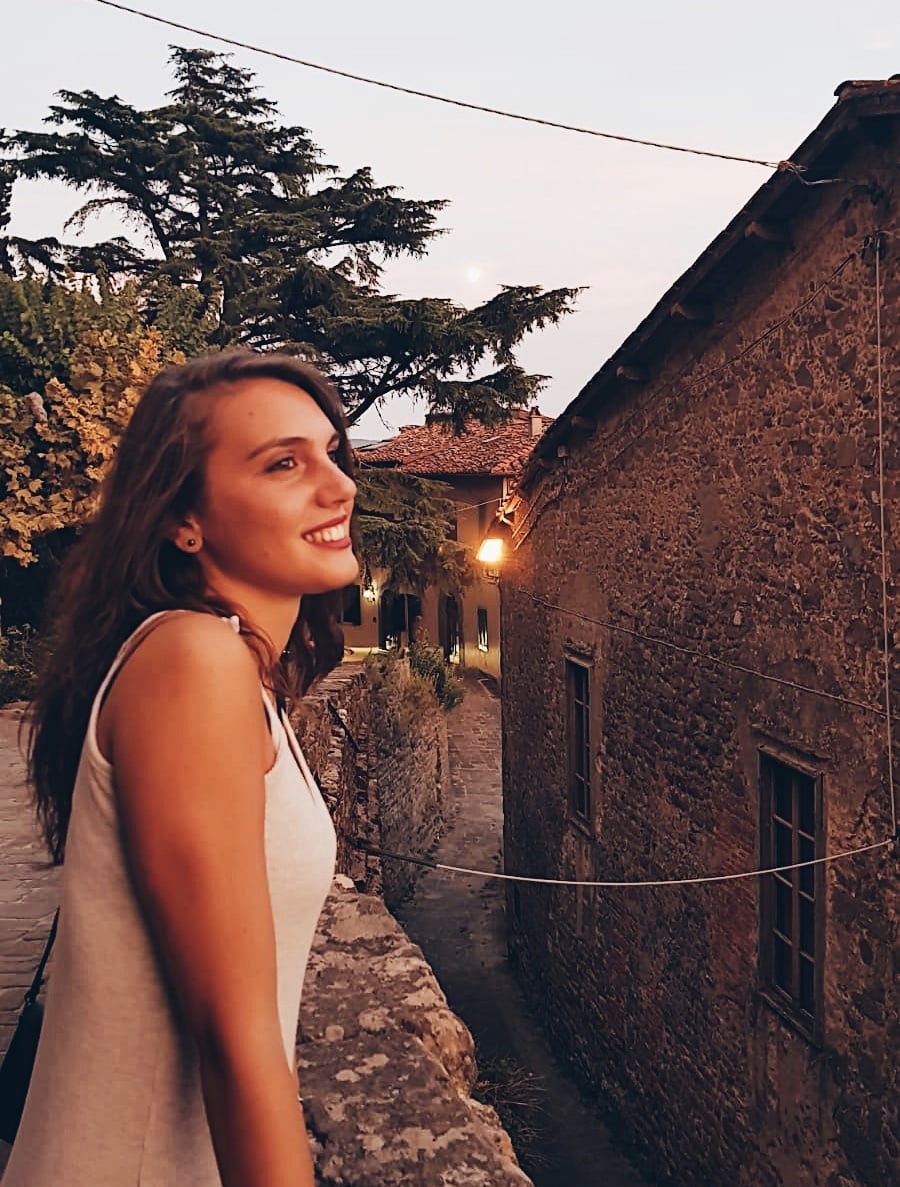 A nice way to reach the top is to use the funicular: two red trains 🚃, Gigio and Gigia, will take you to the destination in about eight minutes, pulled by a steel cable. 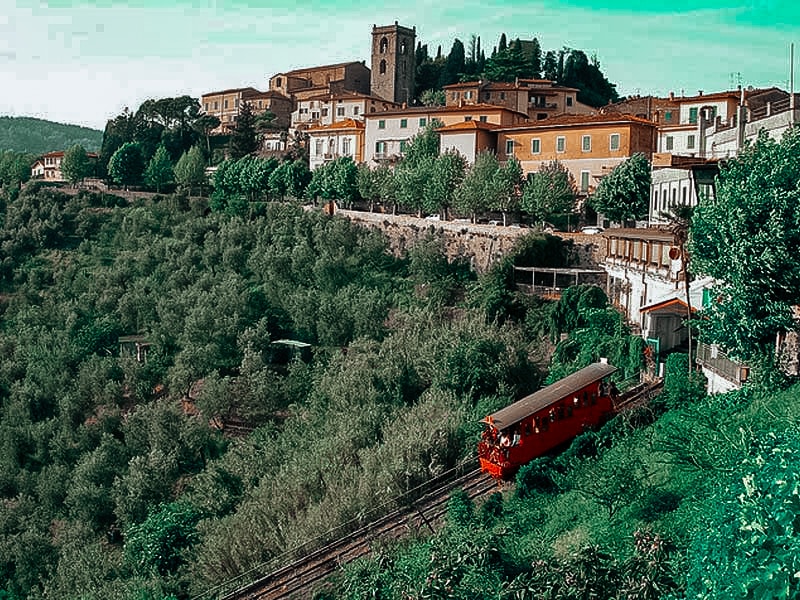 A green alternative that will take you to the top is the hilly path, called La Corta. Avoid the car and breathe clean air, step by step, until you conquer the panorama.

Divided by two hills, in Montecatini Alto are the Rocca di Castello Vecchio, the Church of San Pietro, and the Bell Tower, while on the other side the Clock Tower and the Baroque-style Church of the Carmine stands out ⛪🏰. 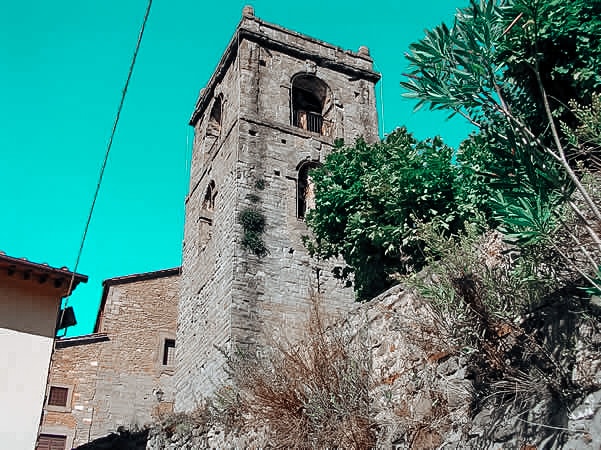 You can admire only one of the eight doors, Porta di Borgo with the Benedictine Monastery of S. Maria a Ripa.

The church and convent of Santa Maria a Ripa are located near the Borgo gate, in the district, which in the past was called Ripa. The church, in Romanesque style, dates back to the 12th century. Today the convent and the church house the religious community of the Benedictine nuns.

The fortresses belong to the ancient defensive system of the castle and are located on the top of the Montecatini hill. What is currently called the Rocca, a few meters from the church of San Pietro, in ancient documents is called “Rocca del Castello Vecchio” or “Tramontana” to distinguish it from the “Rocca del Carmine” or “Castelnuovo” located on the hill opposite ⛰.

The medieval towers, typical of medieval architecture, which characterized the wealth and power of the owner, are visible from long distances and characterize the landscape. Born as private homes, reused over the centuries, at times they have changed function and they have been flanked by new buildings in order to expand them to remain homes. In the past, there were 25 of them, of which today only 7 are visible.

At the bottom of the valley, there is Montecatini Terme, which we will talk about in another post, famous for its spas all over the world, represents the ideal place to stop to relax and be pampered, surrounded by a luxurious atmosphere, after having explored the Tuscan countryside, tasted the wines and admired the monuments of the most famous cities of art ⛲️.

Furthermore, in Montecatini Alto, there are a lot of bars/restaurants offering typical Tuscan products, good wine, and much more! 🍷 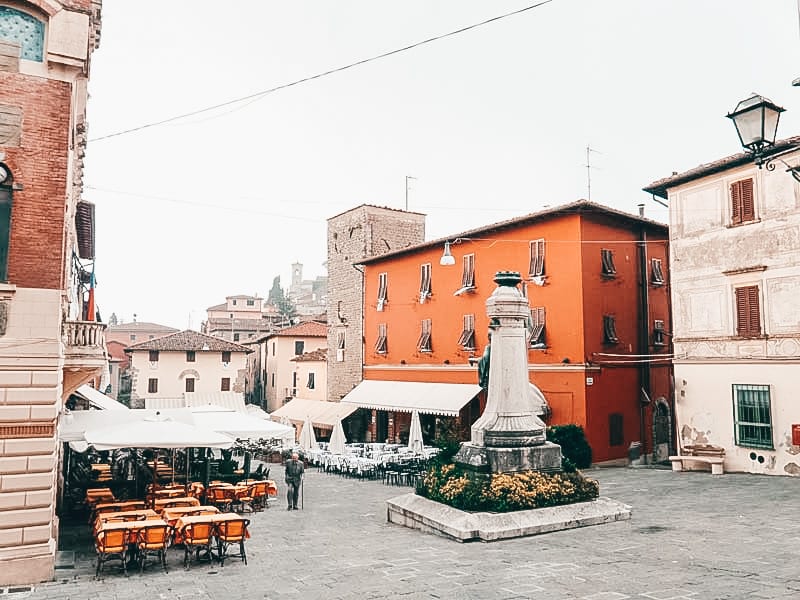 Lose yourself in the hidden streets that cross the village, go around the walls, explore the artisan shops that animate the center, pass by the house of the poet Giuseppe Giusti and Ser Ugolino Caccini, the first who celebrated the waters of Montecatini, admire the buildings of the village, enjoy the view from above, do not miss even a glimpse because behind each one you will find a pleasant surprise.

If you are a fan of stalactites and stalagmites, along the path that connects Montecatini Alto to Montecatini Terme, you will find the Grotta Maona with an itinerary of about 20 minutes inside to be done with a guide, from April to October.

In Montecatini Alto, there are many events that animate the village during the year. Festivals, markets of artisans and artists, themed dinners, parties, exhibitions. Also in June, there is the Palio dei Quartieri and the Challenge of the Castles of Valdinievole. In the first event the historic districts of “Carmine”, “San Pietro” and “Porta di Borgo”, with the “Rione Casina Rossa” and the newcomer “Il Poggetto” compete in three volleys of three arrows for each of the two archers to win the prize; in the second, instead, an archery competition takes place for the conquest of the Montecatini Castle. The historical procession, flag-wavers, and musicians will perform in the town, thus recreating an atmosphere in full medieval style ⚔🛡. 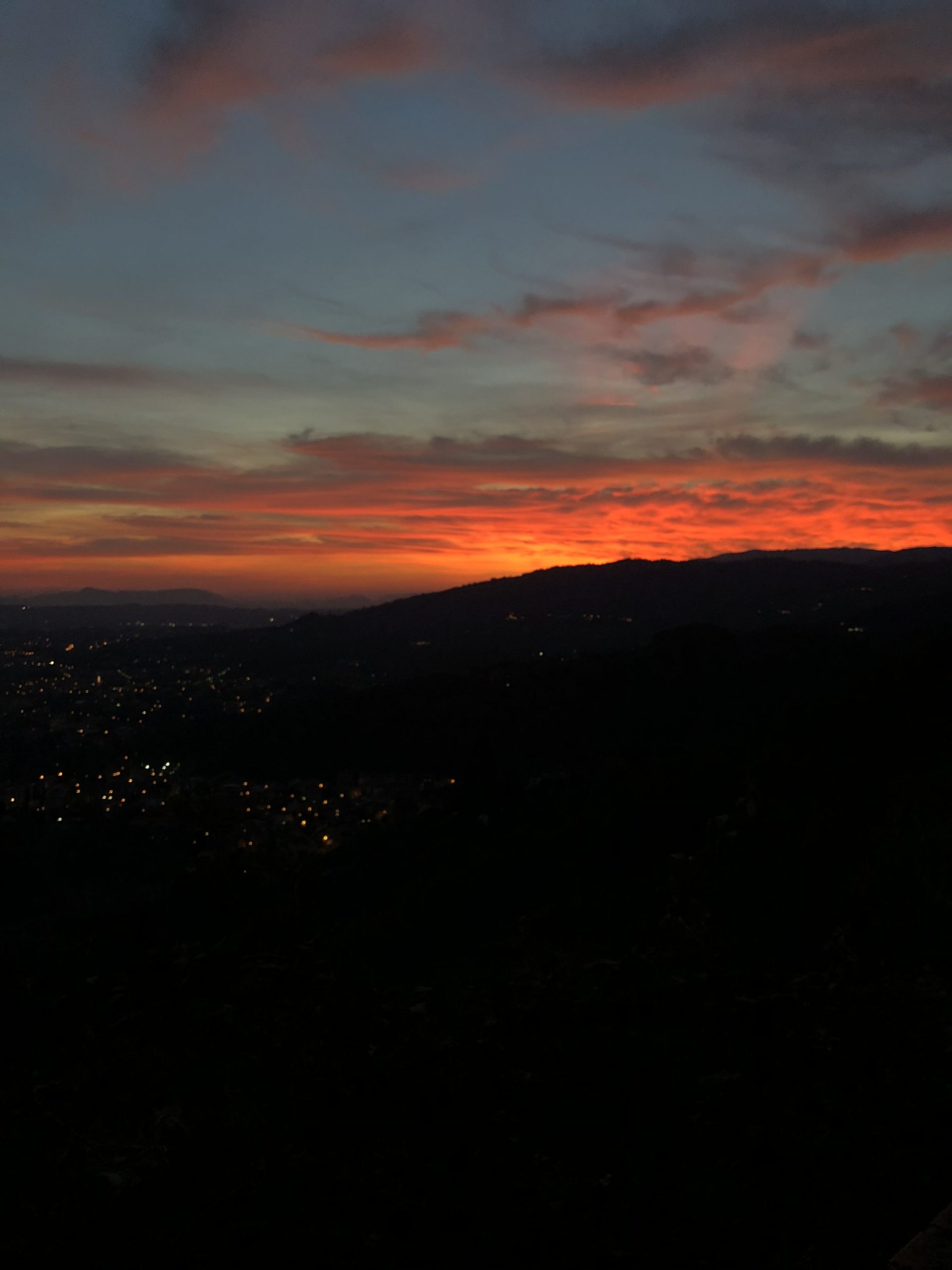 This is the sunset view over the valley😍