Galapagos Islands and the charm of San Cristobal Island

Galapagos is located at 1000 km from mainland Ecuador, the archipelago is made up of several islands and islets. On my first visit to Galapagos, my first island to visit was San Cristobal. After accepting the invitation from my friend Paola to Galapagos, I decided to buy my ticket and go to San Cristobal in Galapagos. It was a beautiful island with many attractions.

The price of the tickets can vary according to the time in my case it cost me $180.   At the airport, You have to pay $ 20 which is the rate of the governing council. All the tourists have to pay this rate.  After 1 hour 30 min  I arrived to San Cristobal.

To enter to the park, foreigners pay $ 100 and $ 6 national tourists. Once I get to San Cristobal, my friend Paola was expected to take me to her house and then we went to tour the island.

The first point that we visited was the interpretation center, it’s a museum where they explain the origin of the island, the first settlers and everything about Galapagos and its islands. 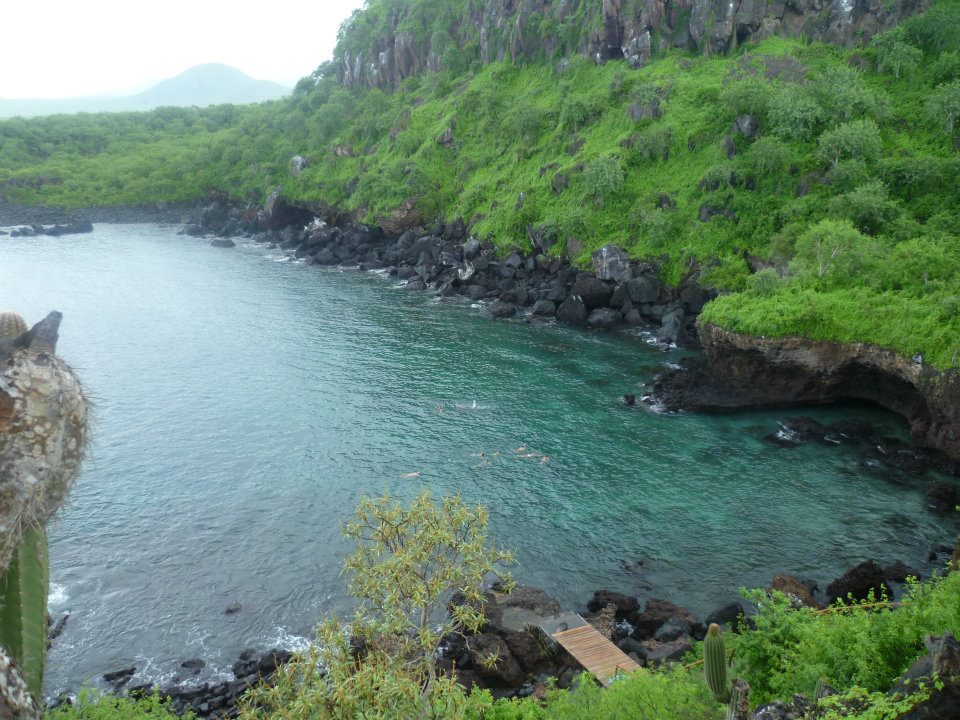 We walked and went to Punta Carola beach. This is a beach of white and thick sand where we found lots of rocks. It’s a beach for surfers because we can found good waves in this place.

Our tour continues to the Tijeretas’ hill, named after birds found in the place called frigate birds.

In one of the viewpoints we can see the rock Kicker and another viewpoint we can also see a cannon from World War II made by American.  In the third viewpoint we found a statue of Charles Darwin.

After approximately 3.5 km we reached playa Mann. A small beach located opposite the University of San Francisco, there are many exchange students from the United States coming out of the direct beach college, I found the best university in the world being so close to the beach and you can take your relaxing time and in my case, I took a few beers with my friend and enjoyed the scenery, sea lions that were in Playa Mann. 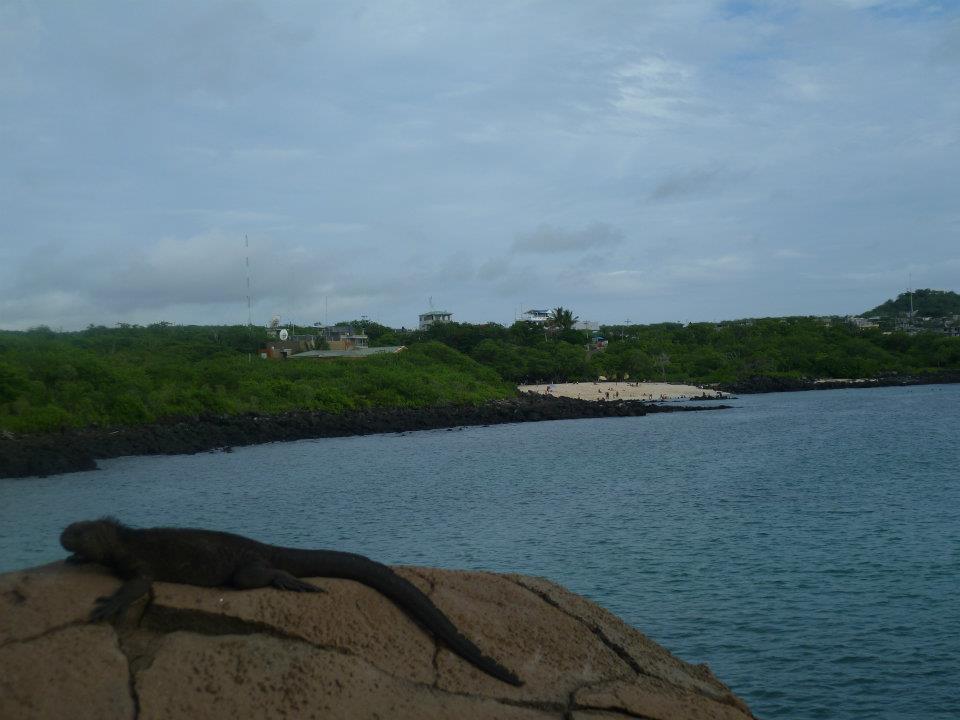 San Cristobal is an island that you can love, I found the sea lions sleeping and resting in the boardwalk is so hard to believe, You have to remember that the owners of the islands are the animals, and not the man so we have to always keep our distance and do not touch any animals. 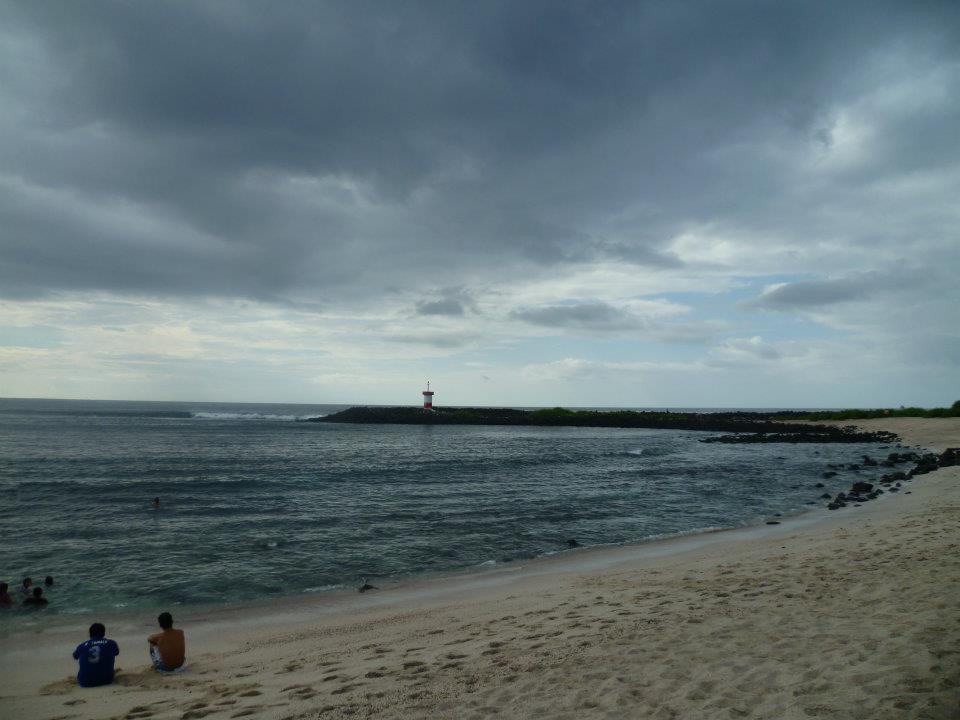 The beach is 10 minutes away from San Cristobal. It is a coral sand beach with sea lions.

Loberia is a piece of coast that has been named for the large number of sea lions resting on the rocks and sand. On the tour you will find a lot of plants that we must be very careful not to step on and not get out of the path where we walk, there are marine iguanas that make their nests, like birds. One can distinguish sea lions males from females by size. The male is usually bigger and stronger when they are adults. It is further distinguished by a bump on the head. Socially they are organized in colonies or harems. Each colony consists of a dominant male and about 30 females with their cubs. Sea lions are territorial animals with a marked sense. Adult males defend their boundaries with other males. They spend much of the day watching your space and emitting a series of sounds and movements reaffirming its territorial power. Sometimes they can be aggressive with humans. You have to keep a safe distance.

In the channel of Kicker rock we practiced snorkle and I could see hammerheads at the bottom of the channel, it has been one of the most incredible experiences that I had, you can never forget to swim with sharks

Then we went to a beach called Manglesito that consists of two visiting areas: the area of ​​mangrove and beach area. Mangle area is an ideal place for interpretation and observation of aquatic birds, however the beach area has been used as a place of recreation. Mangrove area constitutes of an ideal place to observe native species.

We returned to San Cristobal at 3 in the afternoon exhausted but with the greatest joy of being in places that I never thought to be, I enjoyed every moment with the nature.

In the village you can hire a car or taxi to take you to the Junco. Also one can reach El Progreso and there to walk from El Progreso can last from 1 1/2 to 2 hours depending of your speed and capability. From Puerto Baquerizo Moreno to El Progreso are about 30 minutes.

In the Laguna del Junco is a must to climb through a path that is made of wood, and on top there is a small crater filled with fresh water, It is the only source of fresh water on the island.

It is located 24 km away from Puerto Baquerizo Moreno and a few kilometers from Breeding Center next to Cerro Colorado.

You can take a taxi, about 45 minutes you get to a trail easily accessible, where you must walk about 15 minutes to be on the beach of fine white sand, and it is an excellent site for recreation and relaxation. It is also an ideal place to observe seabirds feeding place.

It is important to bring water, a hat and sunscreen, as well as an insect repellent because there are animals called horseflies that are very annoying and leave some big brands and sting too.  Puerto Chino one of the most crystalline beaches that I’ve ever seen in my life, it is a beautiful beach that makes you to love this place.

In San Cristobal we found the tree house if you want to sleep in the house, it can be done only you have to pay a value per night.

My next island is Santa Cruz. This Island is located 96 km from San Cristobal Island, It is the island with the most population of Galapagos.