Florence is the Italian capital of art but also a green city 🌳. A sunny day becomes the ideal opportunity for a journey through the colors and scents of its wonderful gardens. In the flower par excellence 🌺city, even parks and gardens are often true works of art, rich not only in flowers and greenery but also in history. Places of peace and beauty, where you can take refuge from city traffic, look for a little coolness, and, in some cases, even admire the panorama of one of the most beautiful cities in the world from a different perspective.
Let’s discover the 7 most beautiful gardens in Florence! 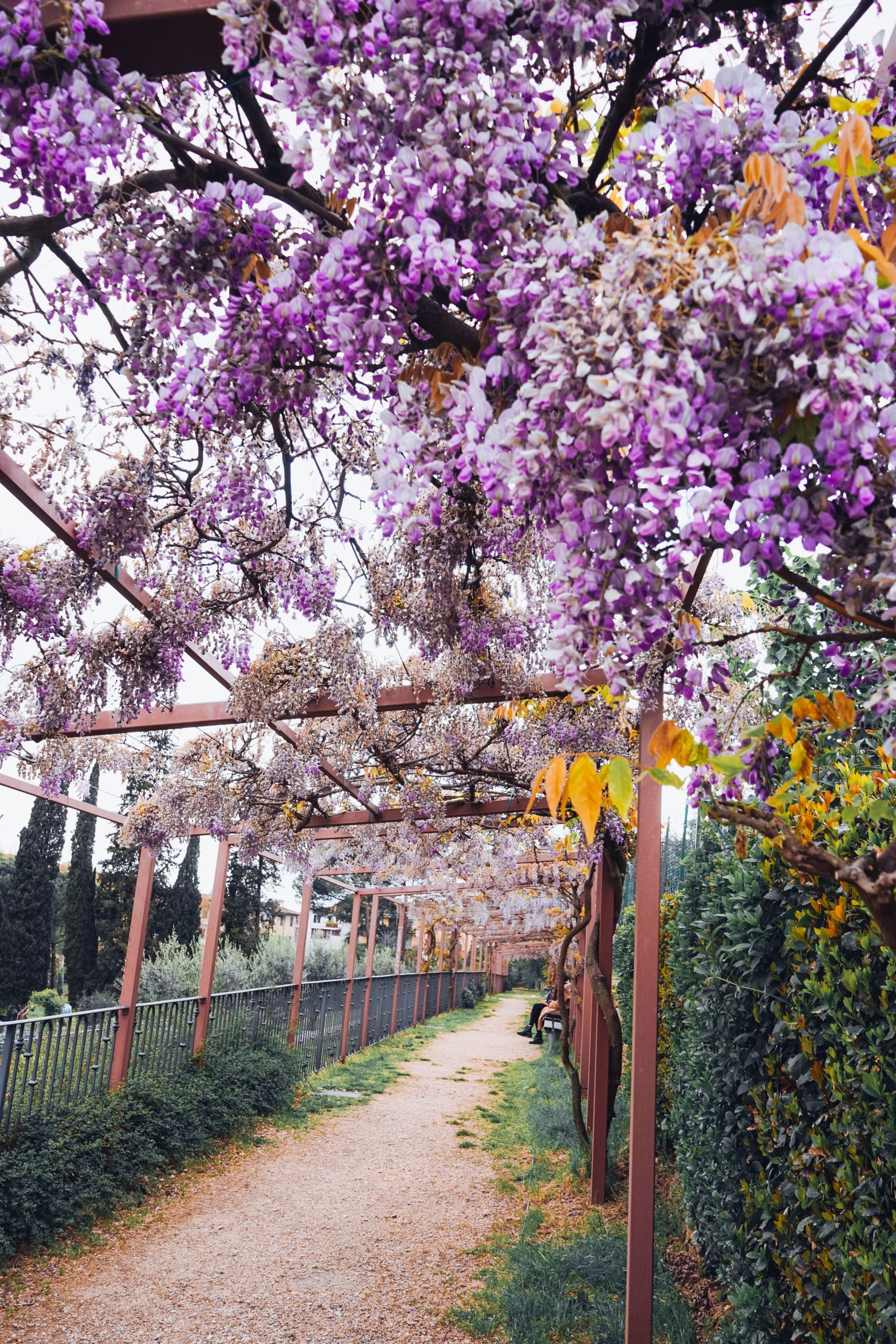 The most famous of the great Italian Renaissance gardens, the Boboli Gardens condense four centuries of history, art, and nature into 45 hectares of lawns, flower beds, tree-lined avenues, paths, and groves in the city center. Scattered with sculptures, statues, and fountains, often works by great artists, it is practically the en plein air continuation of Palazzo Pitti. Park of noble origins, was commissioned in the 16th century by the Medici who called the best landscape architects of the time to create a grandiose Italian garden which later became the model for the great royal gardens of Europe.

For an in-depth visit, start from the Amphitheater that climbs towards the Forte di Belvedere, where the obelisk that came from Luxor at the end of the 18th century and which culminates with the Neptune Fountain stands out. Then follow the large avenue of cypresses, called the Viottolone, to reach the water features of the Isolotto with Giambologna’s Ocean Fountain in the center. Next to Palazzo Pitti, let yourself be surprised by the evocative scenery of the Grotta Grande by Buontalenti, where a path unfolds in three environments that between stalactites and concretions reveal the sculptural groups of Paride and Elena by Vincenzo del Rossi and the Venus at the Bagno del Giambologna. For a break, go to the delightful eighteenth-century green tower of the Kaffeehaus with its finely frescoed interiors, which has been reopened to the public a few years ago. The Limonaia and the Palazzina della Meridiana are also from the same period. 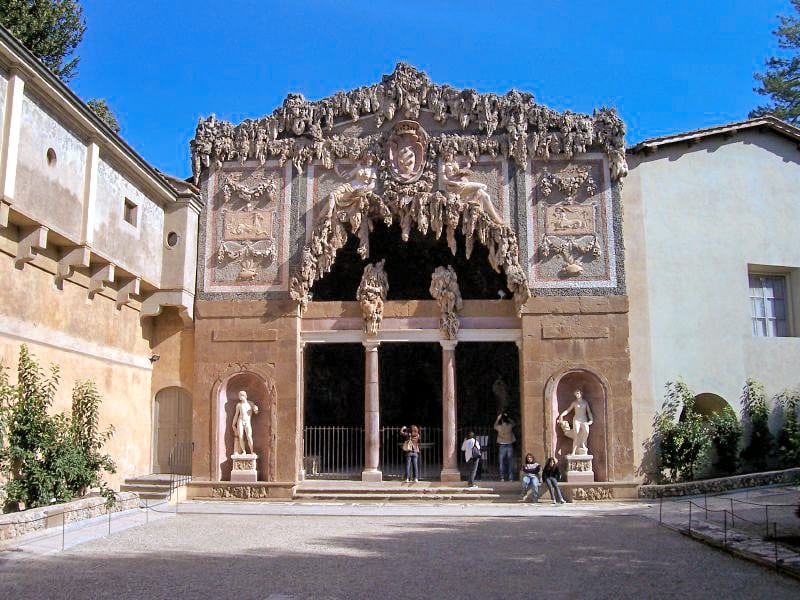 English gardens, ornamental statues, and a wonderful wisteria tunnel make the park of Villa Bardini one of the most fascinating green areas of the Oltrarno, which descends from the Costa San Giorgio towards the river. To visit even just for the amazing view over the city, which you can admire from the belvedere terrace framed by wisteria, which embraces the Brunelleschi’s dome, Palazzo Vecchio and Santa Croce. If you are in the center, enter from Via de ‘Bardi and follow the uphill path which, even though the scenic Baroque staircase surrounded by flower beds of roses and irises, leads to the upper part of the garden, where the villa stands. From here you can also exit onto Costa San Giorgio, a short distance from the Forte di Belvedere and the Boboli Gardens. 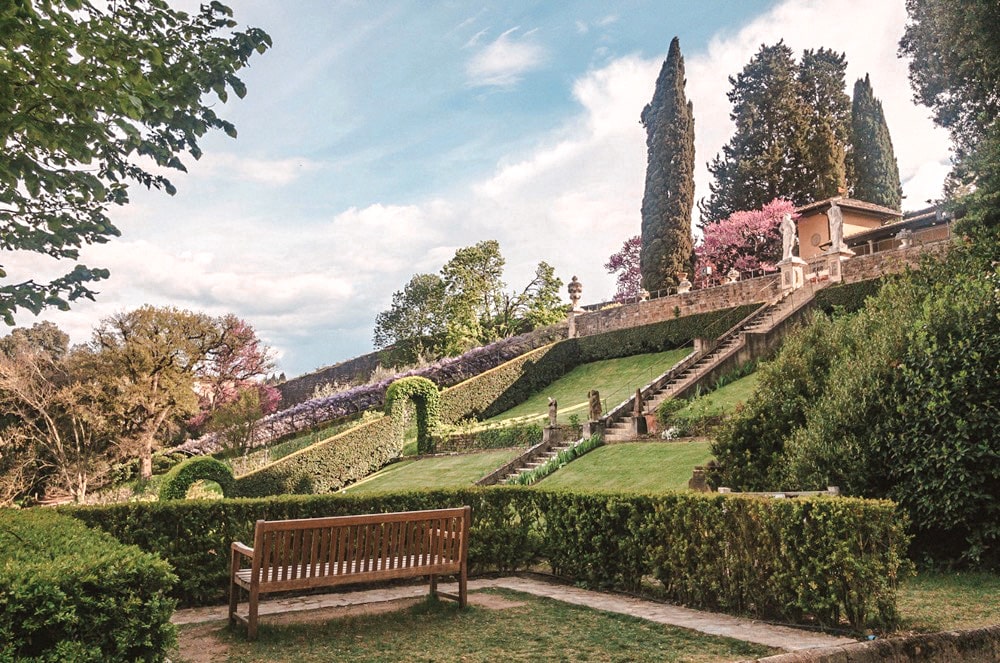 The ideal destination for a romantic walk with a spectacular view over the city, the Rose Garden is one of the most enchanting corners of Florence. Obviously, it is in spring that this gently sloping terraced garden to the left of Piazzale Michelangelo gives its best when the more than 350 varieties of roses are in bloom and inebriate the air with their fragrant scents. But in addition to roses, there is more: at least a thousand botanical species embellish the park, which also houses a Japanese Shorai garden, donated to Florence by the twin city of Kyoto and the Zen temple “Kodai-Ji”. And while strolling through the paths, have fun discovering the 12 works by Jean-Michel Folon scattered among the flower beds and bushes.

Florence, as we know, has a particular bond with Iris, the symbolic flower of the city from which the emblem of the Florentine lily derives. Therefore, what is perhaps the only garden in the world entirely dedicated to this stupendous flower, of which it collects over 2000 varieties, could not be missing. Created in 1954 to host the first edition of the International Iris Competition “Florence Prize”, which is still held in May, it extends for about two and a half hectares in the shade of centuries-old olive trees on the right side of Piazzale Michelangelo. It is open during the spring flowering period, the best time to visit it and also admire the permanent exhibition of the finest specimens awarded over the years that form a colorful floral carpet; during the rest of the year, it can be visited by appointment.

In the north of the city, the nineteenth-century garden of Via Bolognese looks like it came out of a period print. The majestic Tepidarium del Roster, a liberty greenhouse in iron and glass of refined elegance, and the Renaissance-style loggia, where you can shelter from the sun on the hottest days, contribute to giving it an atmosphere of other times. And if you are passionate about botany, do not miss the visit of the Orti del Parnassus, where in addition to an unprecedented perspective on the city and a large amount of plants and fragrances of different origins, you will also discover the suggestive Garden of the Righteous, inspired by that of Jerusalem.

The Orti del Parnassus also called the Dragon Garden owe their high-sounding name to the sculpture of a snake or a dragon completed in 1990 on a project by Marco Dezzi Bardeschi. The huge statue that divides the central staircase in two and which originally had to have the function of a fountain, represents the snake Python against which the god Apollo fought and won on the slopes of Mount Parnassus, a mountain near Delphi, on which, according to Greek mythology lived the Muses. 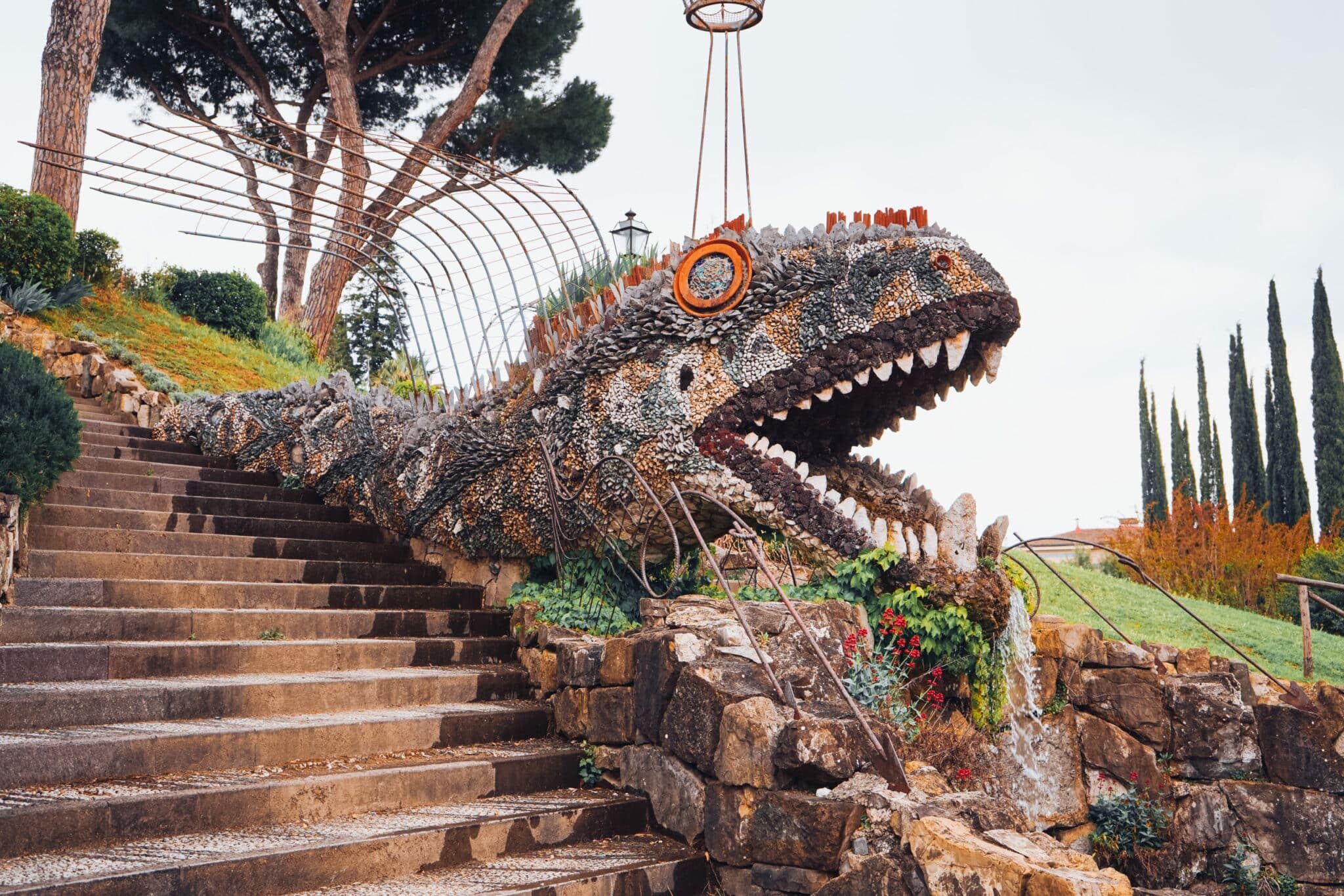 The Cascine Park is the largest public park in Florence, with its 160 hectares of surface and a total length of about 3.5 kilometers (from the Ponte alla Vittoria to the Ponte all’Indiano) it is a real green island, surrounded by water: the Arno river, the Mugnone stream, and the Fosso Macinante, an artificial canal that was used to operate the mills of the area and to divert the flow of the Arno floods, delimit the territory. In 1531 the land was purchased by the Medici as an area intended for hunting and reserved for the family and remained so for a long time. The Grand Duke of Tuscany Pietro Leopoldo D’Asburgo Lorena transformed the Cascine into a project aimed at reclaiming the environmental degradation that had been achieved. Today the park is a very popular meeting and leisure place, where there is no shortage of sporting and musical events, but also fairs and festivals of all kinds that are a source of great attraction for Florentine citizens and beyond. The park is also an ideal place for running, cycling and has facilities suitable for practicing a wide variety of sports. 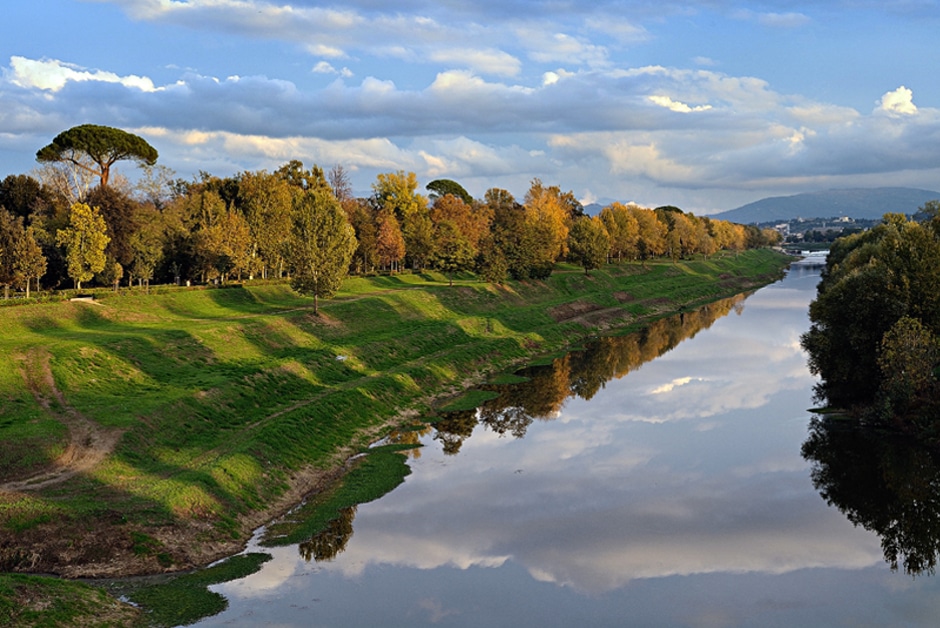