Cayambe Volcano and Its Beautiful Glacier

I had contacted to do the tour to the Cayambe, I am not a lover to take tours but in this time it was necessary. Quito is a beautiful city and I started to walk until I found the agency called Mountain Tours. I made my reservation and they told me everything that I needed to take on my trip, it seemed alright in terms of the things that I would need and everything that was offered in the value of the tour, a box lunch that it would serve for our journey.

We left very early from Quito to the Cayambe National Park, after two hours of travel we arrived at a gas station where they gave us a time to have breakfast.

After breakfast we left for the entrance to the Cayambe National Park where we arrived and some vans were waiting for us.

The road to the Cayambe Volcano is in poor condition, there are stones of all sizes that make this road only for 4×4 vehicles. After about 30 minutes of long and painful road, the stones made us to jump many times, we arrived at the shelter where we entered without problem and we could eat the lunch that they had given us.

One of the best things about this trip was meeting with people who were going to climb the Cayambe that night to dawn on the summit, it was at that moment that I wanted to be able to accompany them and reach some summit of these magical volcanoes.

Then we got ready and started our trekking to the glacier, the truth is that it became very easy, after reaching 5000 meters with the Chimborazo and 4800 meters with Cotopaxi, the Cayambe and its glacier was easier, as a recommendation if you are going to do this tour, You need to start with the Cayambe which is the lowest of all. 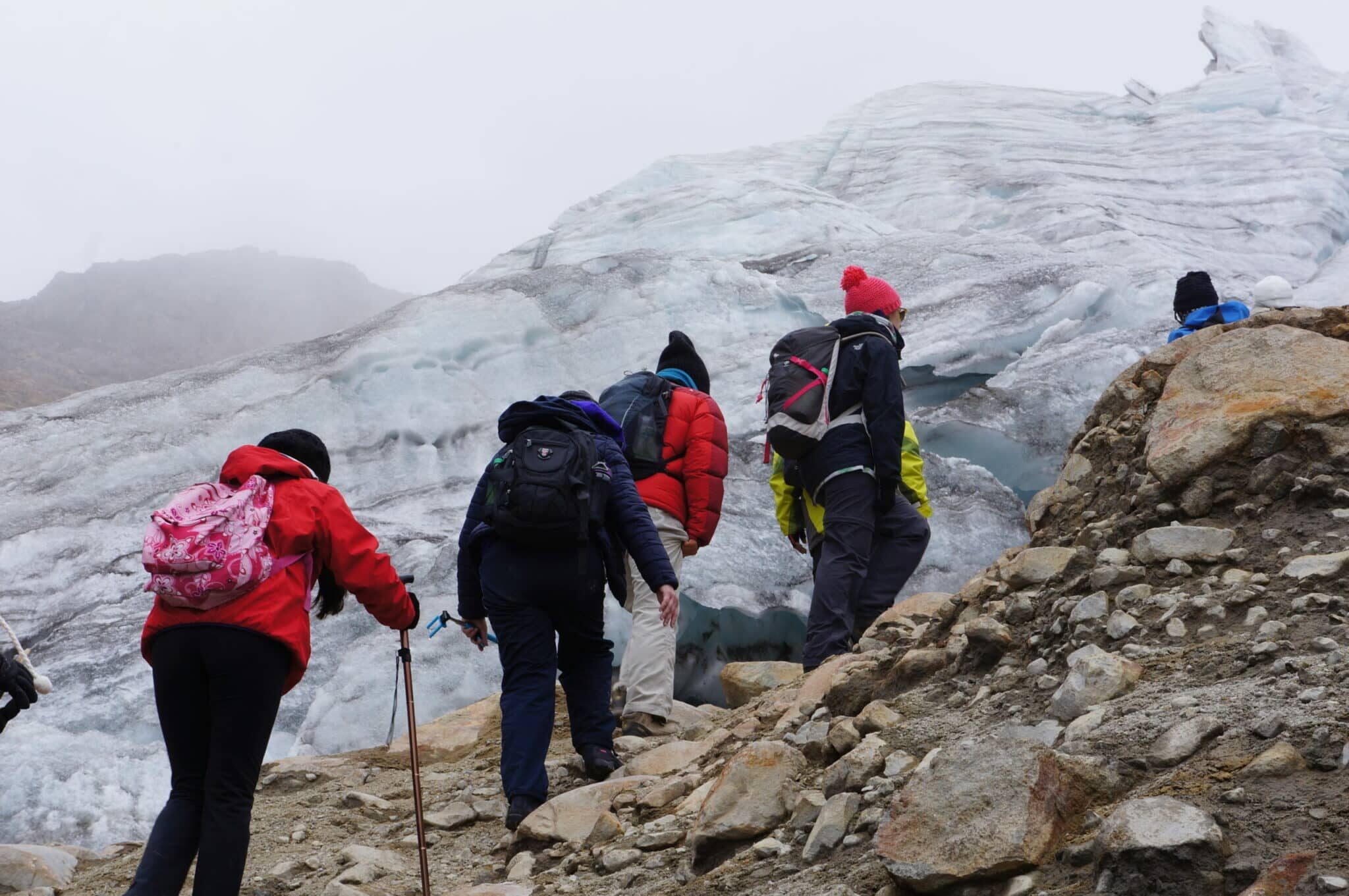 I was hoping to see more snow but at this time there was not as much snow as I wanted, but I enjoyed it a lot, to see its blue ice so clean, and since global warming produces small slopes caused by melting ice, it made me think of a world that suffers and We have to take care it.

The Cayambe has been the most beautiful volcano I’ve seen, although there was no snow in its entirety. Some of the best photos I could have taken were here, the Cayambe is a volcano without limits that makes every step that is taken to enjoy it even more. 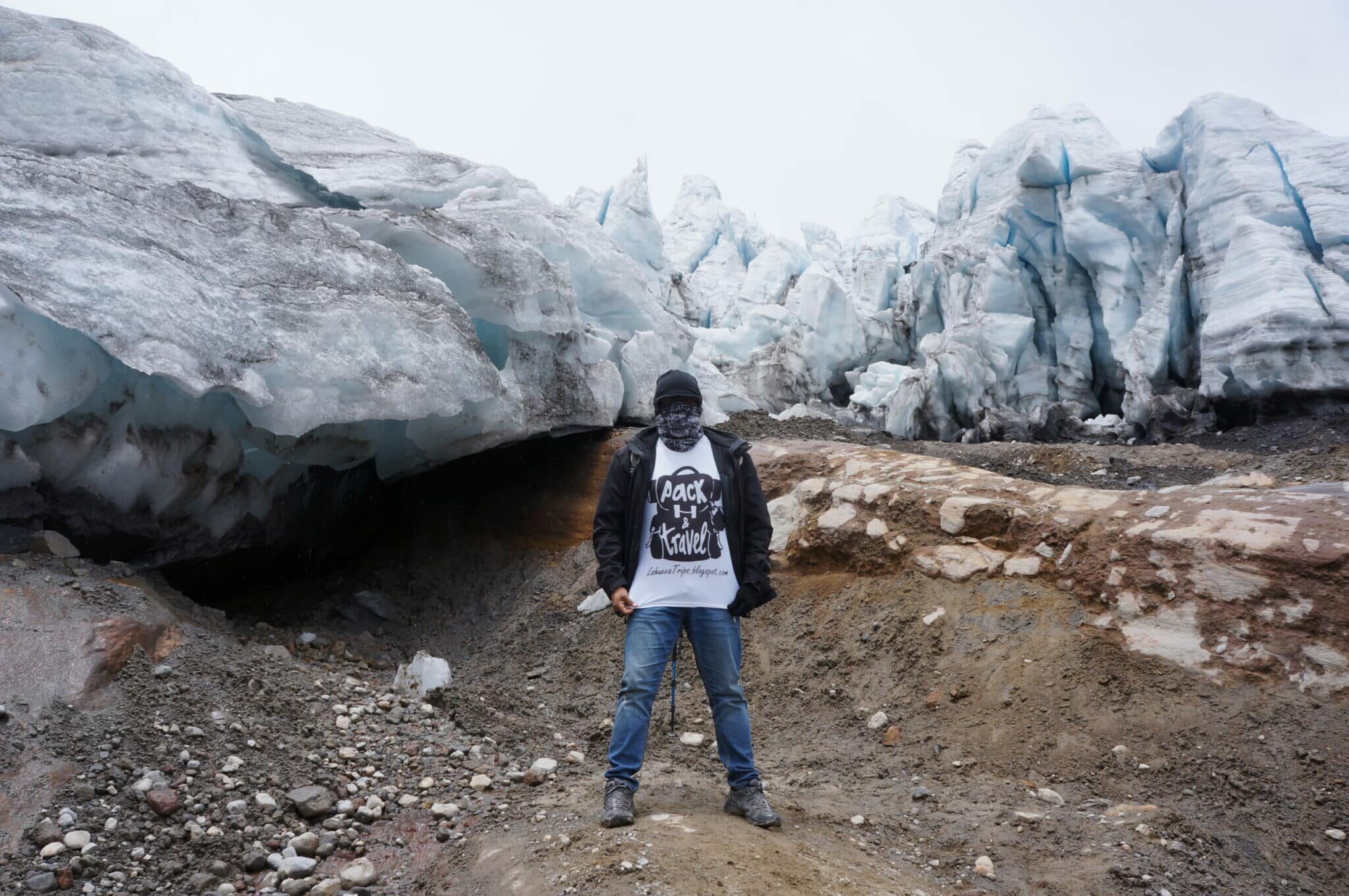 It was time to return to Quito and again we were in the pickup trucks,  I was talking with the guide who explained the different tours that there were and besides our guide Patricio Tisalema, the first person from the continent to ascend the Everest without oxygen in 2006. My impression was so great with everything that he had done in the mountains.

Before leaving for Quito, we arrived at the city of Cayambe where we went to buy the famous cheese of Cayambe and its biscuits, we must not forget their sweets that delight everyone who tastes them. You have to visit Cayambe and try these delicacies  enjoyed by national and foreign tourists. 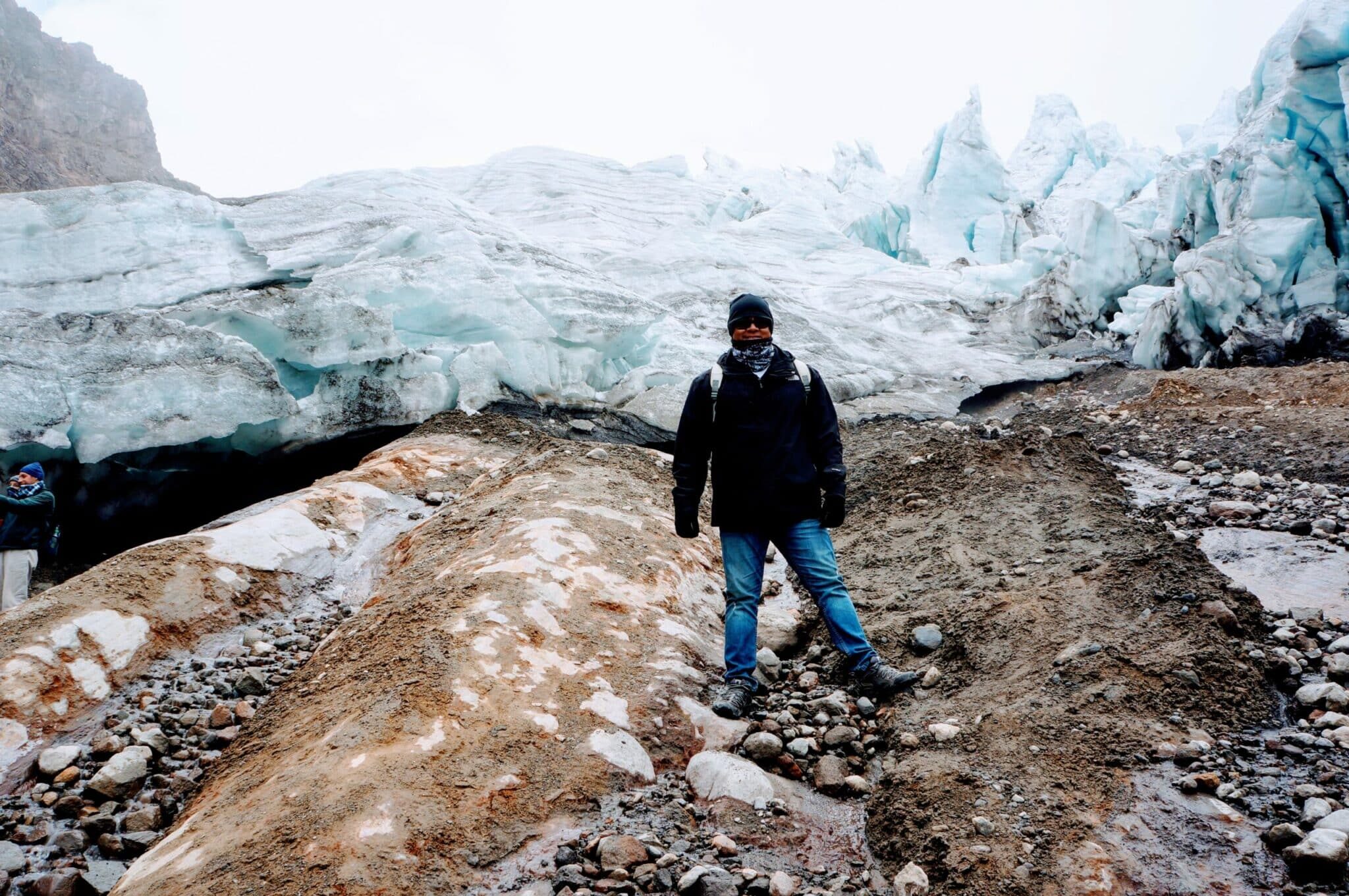