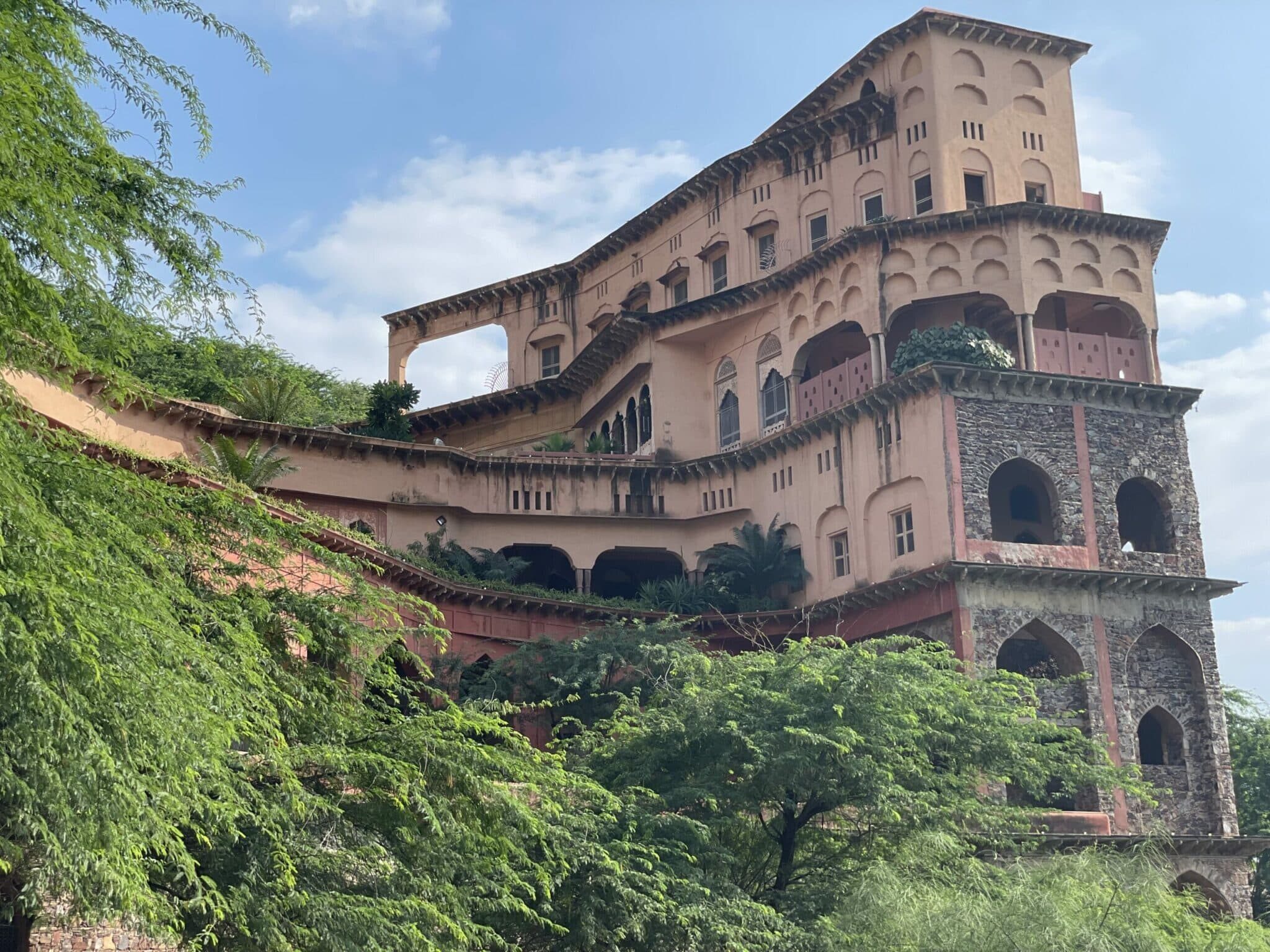 Hey everyone we are hoomies, hope you all are doing good and in great health ❤️ it’s been a while since we last connected and spoke about our amazing visit to Cape Town.

This blog is gonna be all the way about India’s most celebrated City which is none other than Rajasthan. We want to take you all the way to the Neemrana Fort.

This time to wanted to go all the way to Jim Corbett National Park 🏞, but considering the weather conditions in the North of India, we decided to embark on a different journey. Something unique and still classy at the same time. We decided to head over to A fort near Jaipur city.

There are a lot of ways you can reach this beautiful fort. This is very well connected to all the major ports and the airports as well by road.

You can take a flight to Delhi International Airport and from here is a road trip. You need to take a cab/ taxi/ car to reach here. The diaries being 109 km from the Airport.

Since this fort is situated in the Alwar district of Rajasthan, the nearest station 🚉 is the Alwar Railway Station. This station is again very well connected to the major cities. From the station, you need to take a cab 🚕 to reach the property.

This is quite close to the NCR region and so decided to reach here by road. It is very well accessible by road. It takes around 3 hours to reach Neemrana via road. The distance is around 150 kilometers.

If you happen to be in The Ncr region, you get to choose between the two options. The first being The Eastern Peripheral Highway 🛣 and the other being via Delhi.

The Eastern Peripheral Highway – is one of the best options to choose from. Though the distance is a bit longer, if you are looking for a nice, nonstop road, this is the best route possible.

The one via Delhi, Gurgaon is also the next option and is the shortest of the two. But the traffic, the road congestion makes it a bit troublesome for some. The duration usually remains the same for the two routes.

We took the Eastern Peripheral Highway and it took us just 3 hours to reach Neemrana. 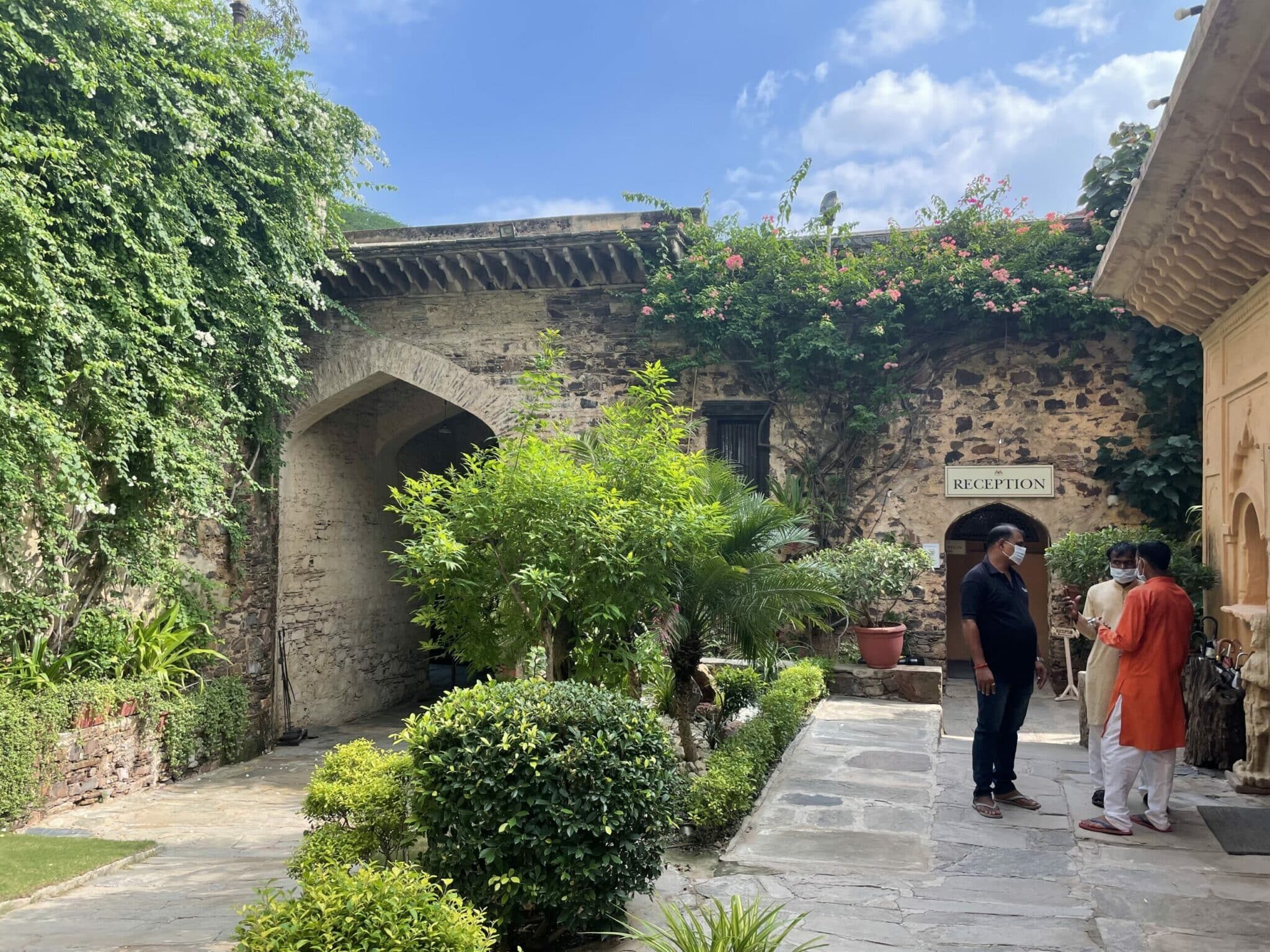 This beautiful Fort is situated all the way in the Alwar district of Rajasthan and is just 150 kilometers from the Pink city, Jaipur. It has become one of the favorites amongst north Indians and is one of the most famous and most visited destinations in Rajasthan.

This is was built in 1464, and was left abandoned in 1947. It was in 1947 when the then Emperor Raja Rajinder Singh of Neemrana moved down to Vijay Bagh as the façade of his Fort-Palace crumbled and its ramparts began to give way. For forty years he tried to rid himself of his liability but there were no takers. Finally, in 1986, the ruins were acquired for restoration. 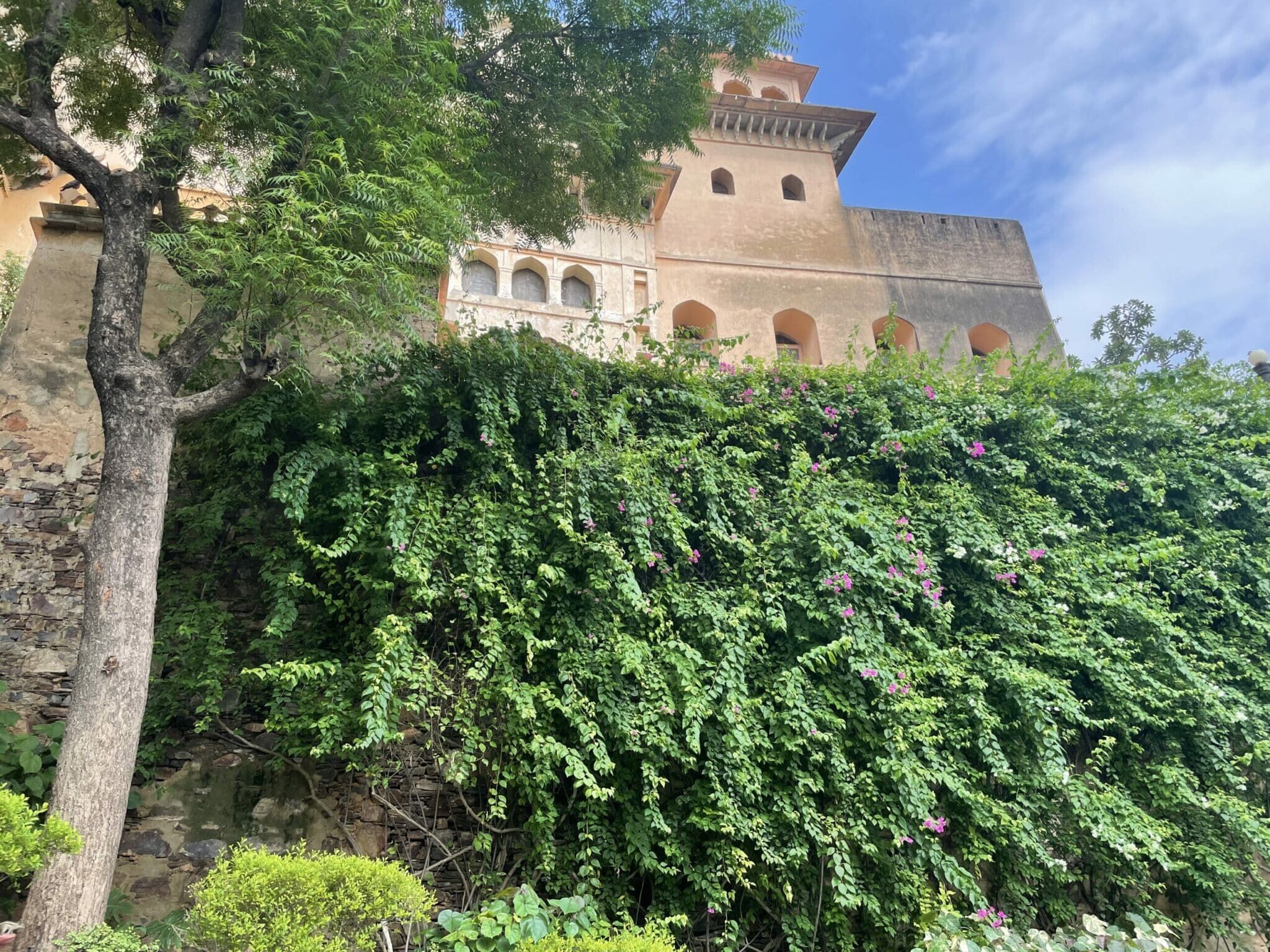 This fort was then acquired and restored to its beauty. It was in 1991 when it was opened and converted to a beautiful hotel for the public. This beautiful fort has been since then awarded a lot of awards. Since then, slowly they had built it up and have managed to keep it as original as possible and now it stands with 77 amazing suites/rooms with all the possible amenities possible.

We started off early in the morning. It took us around 3 hours to reach the Fort. We reached there by afternoon. After arriving, we were greeted by the staff with a nice welcome drink. We were left stunned 😳 by seeing this beautiful place. It was just like a fairytale. The place itself had an aura to it and it ass just sooo peaceful, so scenic and so amazing at the same time. You will be left stunned to walk through the entrance and the 🚪 door of the Fort.

The most beautiful thing about the fort was its welcoming feel. On being asked, We were told by the staff, that the rooms here as not called or labeled as rooms numbers, or “rooms”. Everything here is a “Mahal” in itself. They call them Mahals. After being greeted and welcomed, it was time to walk through the fort and see our Mahals.

We were then taken by the Hotel Staff. It was a really long walk, to be honest. After so much of climbing and so many stairs, we managed to reach our room. Though the walk to our rooms was tiring, at the same time it was so amazing and so scenic. Every place is itself a scenic Landscape.

Loved the environment here. It was definitely a lovely experience. 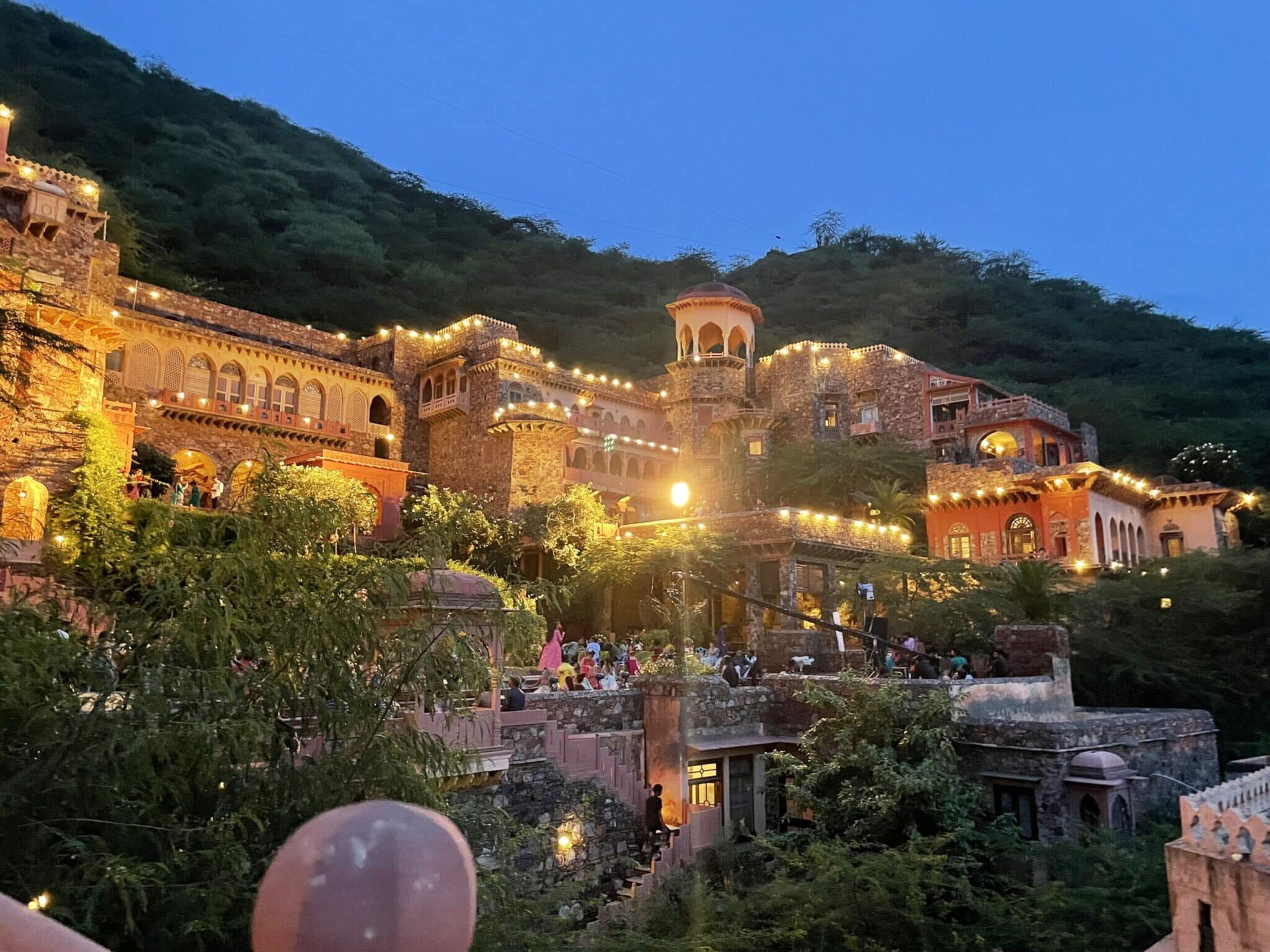 Places to visit Nearby:

Thanks for reading our blog. We are gonna be back to continue more about the Neemrana Fort. Till then stay blessed and happy

With lots of love